For much of the past century, psychologists and the general public alike believed that humans dreamed solely in black and white. This spurious notion, it is now conjectured, was an artefact of exposure to black and white film and photography – though how exactly the self-deception worked remains unclear. No matter: the slumberous inner eye is washed by colour, just like the waking orb. Imagine, however, if colour drained away as soon as you closed your eyes, before dreams arrived. The lidded scene might resemble Niamh O’Malley’s small, dark pencil works and monoprints: hypnagogic grisailles troubled by migrainous flashes and voids. At their densest, these generally untitled fields of grey recall the inkblot drawings of Victor Hugo or Alfred Stieglitz’s ‘Equivalents’ series of cloud photographs (1925–34). If you saw them in isolation, you might think the Irish artist was committed only to brooding, hermetic opacity.

In fact, as her solo exhibition at the Bluecoat proves, O’Malley’s work has as much to do with clarity and transparency as sooty obscurity. Several works in the show are effected in glass that has been variously broken, scratched, painted on or leaded together and draped in fragments. Shelf (Curve) (2015) is a small, wall-mounted assemblage of dark beechwood and glass, the latter’s overlapping planes scored and smudged. In its modest way, the work projects a kind of spectral modernism, the sort of thing the Irish designer
and architect Eileen Gray might have confected during her long Parisian retirement. But the suspicion already – as with Tilted Glass (2015), a delicate sculptural sandwich of steel, walnut, a clear pane and yellow glass lozenges – is that O’Malley is far more exercised by the perceptual lures of her forms and materials than she is by their possible echoes and referents.

One proof is in the two-channel video work Glasshouse (2014), which gives the exhibition its title. During a residency in Denmark, O’Malley happened on rows of old greenhouses, which allowed her to execute long tracking shots, left to right, past stained and broken windows, decayed mullions and open views of the dry salvage of late summer: brittle grasses, overgrown weeds, trees wilted past their prime. All of this in silence, and lustrous black and white. It turns out that O’Malley has, in places, cut the glass into clean curves, or inserted a second pane into the frame to further obscure the landscape on the other side; at times, the windows are blanked out completely, like the whitewashed glazing of a disused shopfront. At such moments, the plants outside throw shadows on the glass, sometimes clear and sometimes hazy; as often in the artist’s work, precise details threaten to become obscuring veils through which another scene is almost visible.

O’Malley’s earlier projects often involved projecting video imagery onto paintings, or partial paintings, of the same scene. Portions of the composition remained vivid and in place while others wavered or moved or vanished entirely. At the Bluecoat, there is a minimal reminder of this alignment of painting and moving image in Nephin (2014). In this 21-minute video, the west-of-Ireland mountain of the title is circumnavigated by car while O’Malley tries to keep a small black dot or smear, painted onto glass in front of her camera, fixed somewhere near its summit. Inevitably she fails: farmyards, trees and hedgerows get in the way. But even when mountain and mark are both in plain sight and adequately aligned, the work seems to court a kind of blindness – concentration pursued to the limit may hardly be distinguished from distraction.

The painterly name for a spot, stain or blemish is ‘tache’: taken from the French, as in tachisme. But the word also means a catch, loop or button: something meant to connect or hold in place. O’Malley’s marks, whether on paper, glass or screen, are similarly ambiguous; they fix and obscure in the same moment, they draw attention to attention and thus also to its undoing. Appended to Nephin are two pencil drawings depicting a mountain that is itself a kind of blot on the landscape, oddly orphaned in an otherwise flat plain. The first drawing shows the mountaintop, the second a hollow in its side – stain after stain, blot upon blot. And both drawings are immured behind grey glass, as if the detail is about to be swallowed by the dark at exactly the moment O’Malley has caught it.

Brian Dillon is a writer. His latest book Affinities: On Art and Fascination will be published in spring 2023 by the New York Review of Books and Fitzcarraldo Editions, London. He is working on a book about Kate Bush’s Hounds of Love. 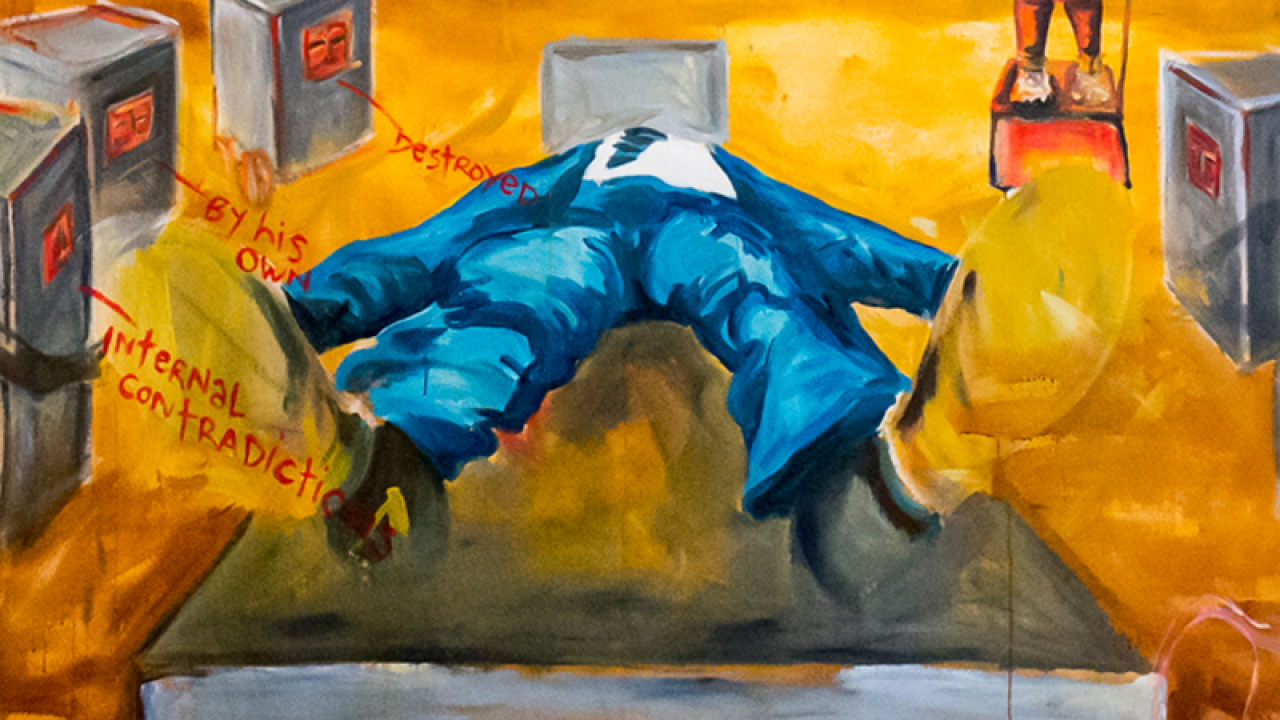 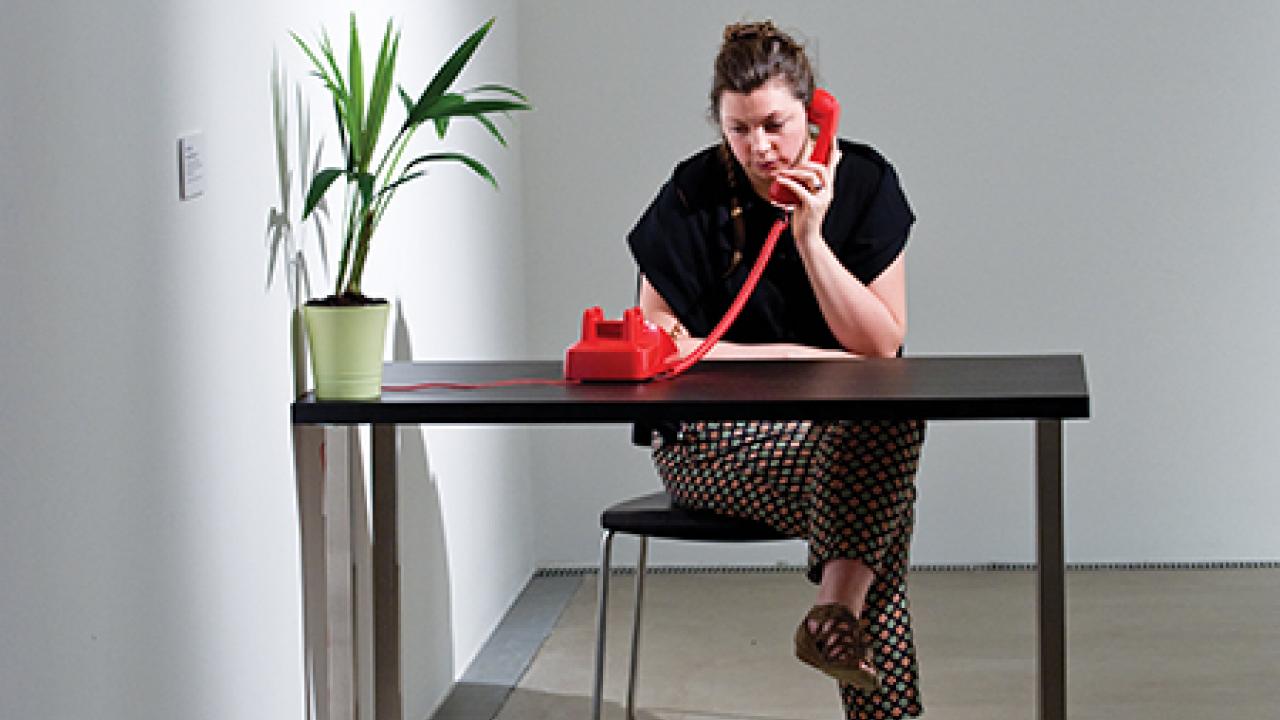