BY Róisín Tapponi in Exhibition Reviews , US Reviews | 04 MAR 22

R
BY Róisín Tapponi in Exhibition Reviews , US Reviews | 04 MAR 22

Dented, damaged and just a little bit dirty, Nikita Gale’s installation of aluminium bleachers sits at the centre of the artist's latest solo exhibition, ‘END OF SUBJECT’, at 52 Walker in New York, David Zwirner’s Tribeca outpost led by Ebony L Haynes. Immortalized in Taylor Swift’s ‘You Belong with Me’ (2008), bleachers exist in popular imagination with or without a stadium full of bodies. Here, the stage may be set but the artist is absent and there’s nowhere for the audience to sit and watch. How does performance occur, Gale asks, when the body is absent?

Upon initial viewing, the mise-en-scène of the performance (END OF SUBJECT, 2022) seems abandoned in its production stage: the bleachers are intertwined by a network of visible wires, surrounded by a sound mix and lit by a frenzy of beams. This technical equipment is endowed with more activity and energy than the visitors moving through the gallery space. The term ‘body without organs’ – first coined by Antonin Artaud in his play To Have Done with the Judgment of God (1947) to describe a body that obtains freedom in the absence of performance, and later expanded by Gilles Deleuze in The Logic of Sense (1969) to define a body without limits – feels pertinent to this context as we try to comprehend that we are not, in fact, viewing an empty stage whilst waiting for a human performance: this is the performance.

The movement of light in END OF SUBJECT is choreographed, evocative of dancing bodies flitting across the space. It is unclear whether these beams perform the role of spotlight or searchlight or why they change colour throughout the day. The two-hour light show – which plays sporadically in short intervals throughout the day – is accompanied by a collaged soundtrack of found audio from public domain sites: snippets of Toni Morrison reading Sula (1973) combine with the artist’s own voice. It is difficult to make out any words; rather, it is the occasional cough or other vocal sound that provides a moment of recognition and clarity. The wires hold together the installation: a cat’s cradle of cables that brings the backstage components of theatrical production to the forefront of the work.

These concepts culminate most cohesively in the series ‘Body Print’ (2022): medium-sized paintings on aluminium lining the gallery walls. There are no bodies figured in these tableaux, only their traces: prints and marks that smudge and indent the surfaces. In fact, nothing is added to the aluminium boards, only removed through grooves made by Gale. The paintings are inspired by David Hammons’s ‘Body Prints’ (1968–79), which are direct indexes of his own greased body rolled on paper.

The paintings’ hand engravings are reminiscent of the scratched graffiti you find on the back of metal bathroom doors at a club. Some of the words barely scrape the surface, while others are grooved deeply into the material. Additionally, each piece has its own light fixture – miniature versions of the stage spotlights – that points in various directions, illuminating different areas to produce a chiaroscuro effect.

Moving through the ruins of Gale’s understated performance, I am unable to shake the feeling that something is missing and I remain undecided as to whether the lights, sounds and other objects are adequate substitutes for the body. However, as actors in their own rights and without the comparison of bodily performers, the vital materialism of the exhibition’s components is undeniable. It is hard to distinguish a beginning or an end to this staging but, if the curtains were to be drawn, there would be only one question on everyone’s lips: ‘Where is Nikita Gale?’ 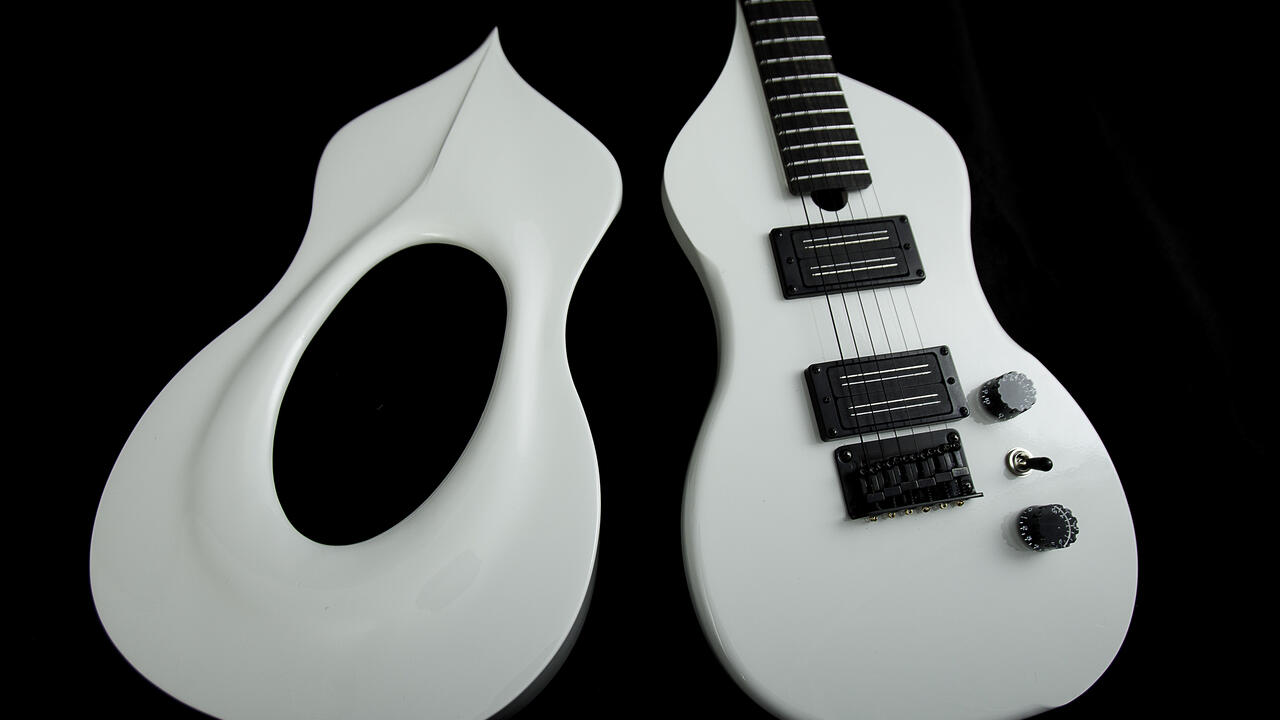