For her latest exhibition, ‘White Bread’ – a series of 12 acrylic-on-canvas works (all 2020) – Olivia Sterling depicts quintessential scenes from the ostensibly innocuous setting of a children’s birthday party. Animated hands wrestle with desserts and finger foods in close-up, inducing feelings of claustrophobia and infusing seemingly innocent interactions with discriminatory undertones.

Since receiving her MFA from London’s Royal College of Art last year, Sterling has drawn on the domestic environment to explore her experiences as a Black woman in Britain. Her slapstick style and lurid colours in this body of work make shrewd reference to George Cruikshank’s The New-Union Club (1819), a hand-tinted etching that satirized the abolitionist cause 14 years before the British government passed the Slavery Abolition Act.

Sterling’s paintings are about neither food nor parties; they serve as commentary on the dynamic of white privilege. Canvases filled with dynamic outlines and hyperbolic shades unveil narratives of othering and racist macro- and micro-aggressions. Colour tags – ‘W’ (white), ‘B’ (black), ‘Br’ (brown) ‘P’ (pink/peach) and ‘Y’ (yellow) – dryly comment on the incongruous semantics of race, with (‘P’) often placed next to white hands. In The Other Cream Incident, the act of grabbing someone’s bum is played-off as a joke, as a white person’s creamy handprints drip comically from the buttocks of a black figure. In How to Ice a Cake, white hands are shown covering chocolate cakes in white icing, as the word ‘COVER’ in the bottom corner – followed by a ticked box – renders these confections ‘acceptable’.

In Making It about What It Doesn’t Need to Be, two separate scenes are divided through a black swathe, as if viewed through the eyeholes of a party mask. On the left, a black figure presents a pink birthday cake to a child’s outreached hand; on the right, a white figure tugs at the same child’s sleeve. Such racial fractionalization could be interpreted as Sterling’s wry commentary on the social constructs of race in binary terms – a means of understanding the historical burdens of visible differences.

Leanne Petersen is a writer and independent curator based in London, UK. 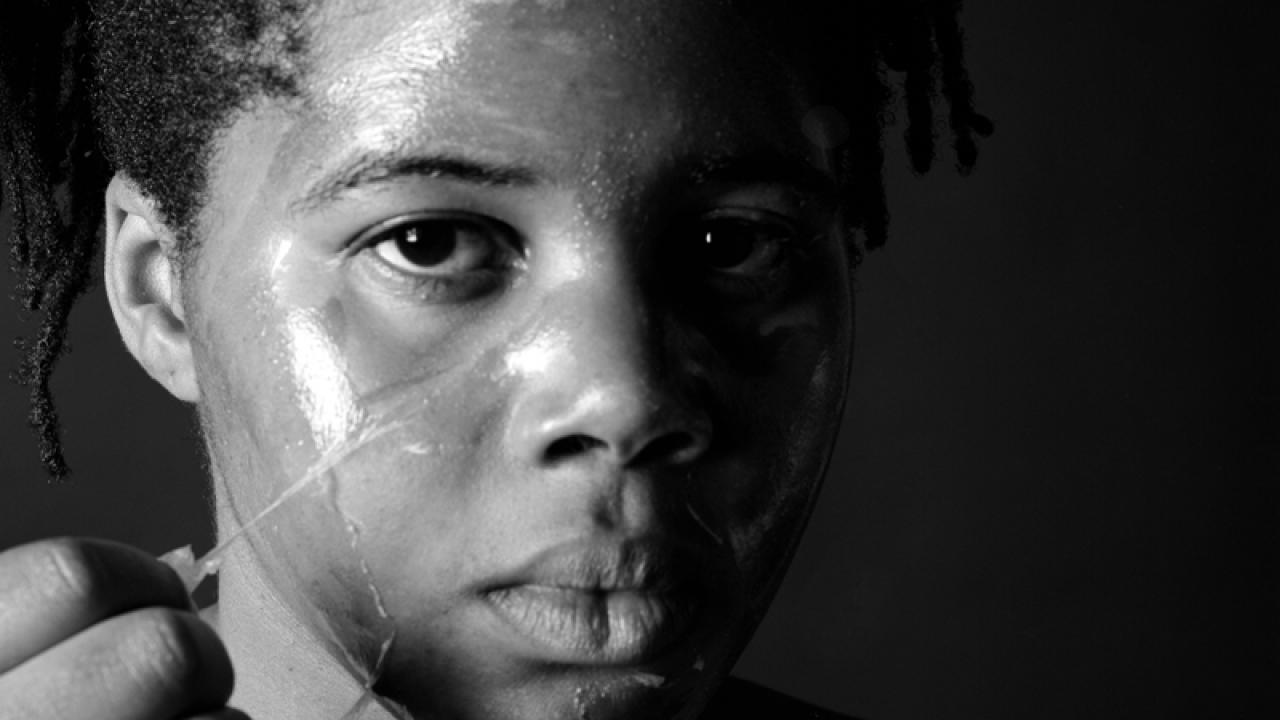 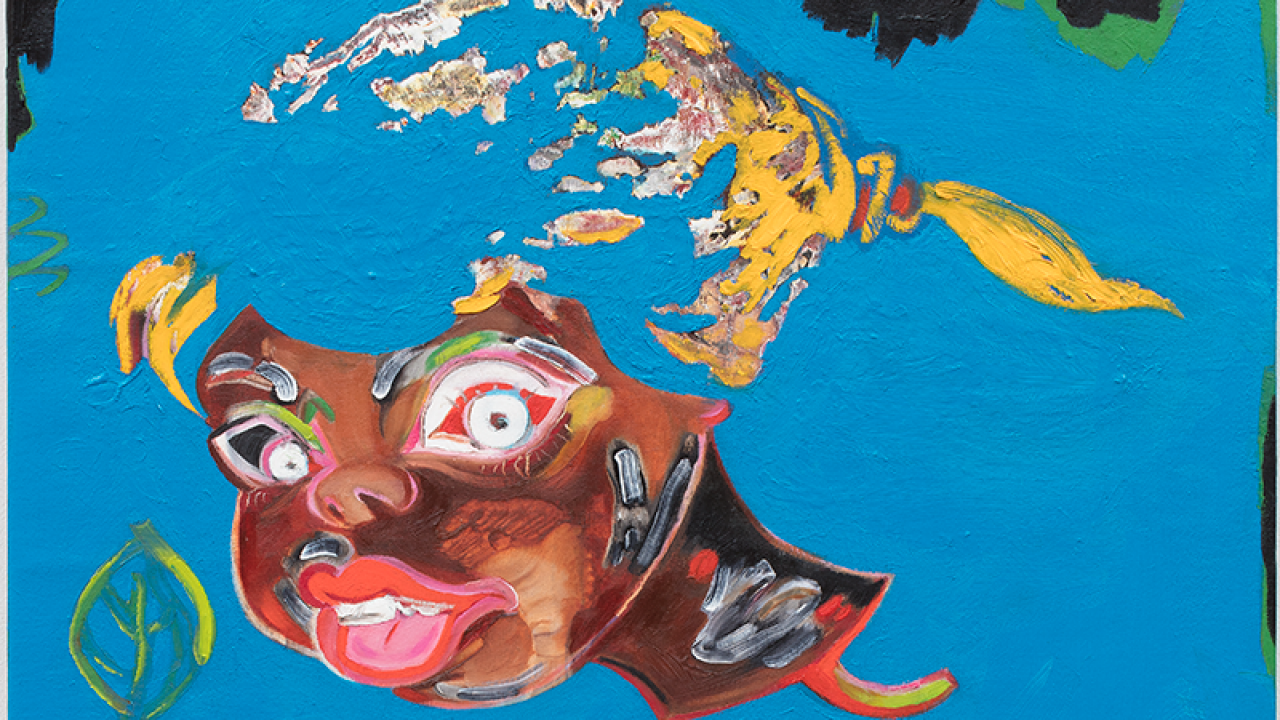 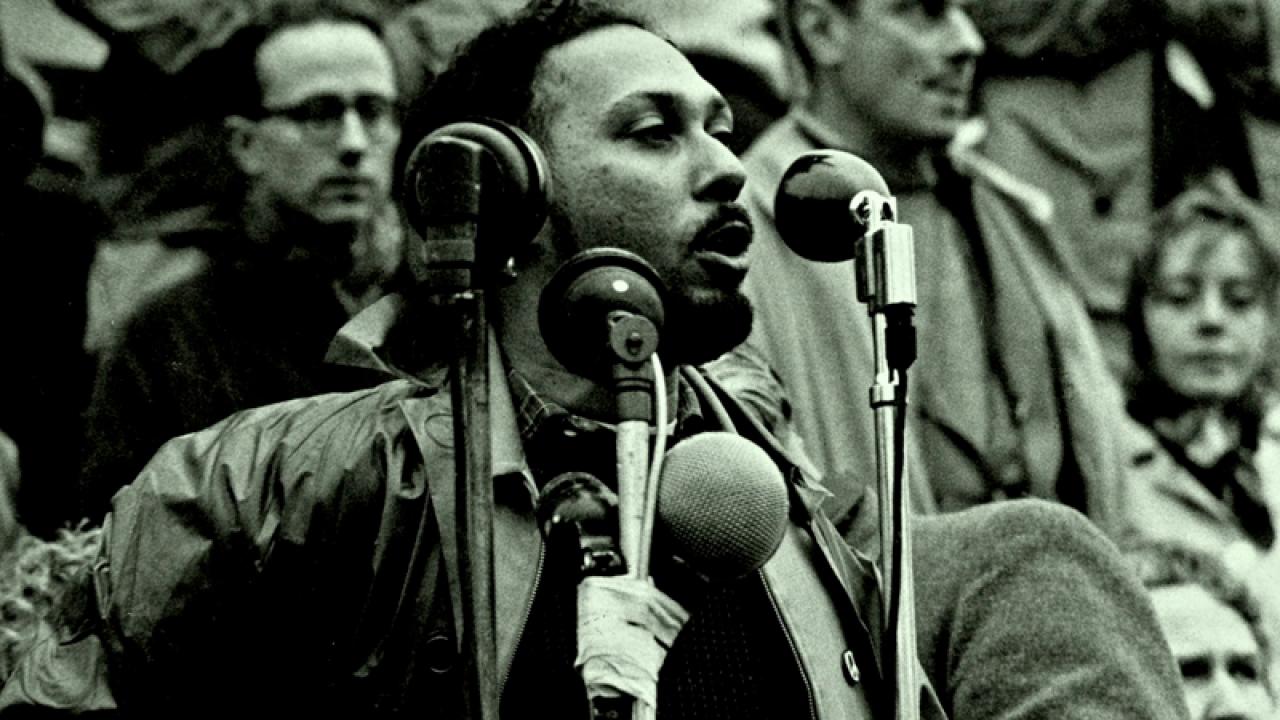