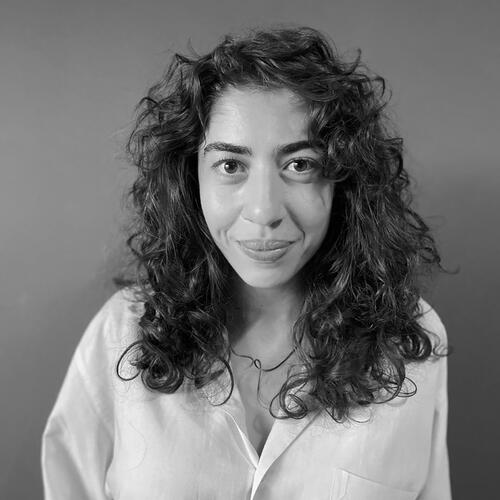 The Egyptian state is obsessed with opera. Since 1869, when the Khedivial Opera House was built to celebrate the inauguration of the Suez Canal, Egypt has associated opera with culture, cosmopolitanism and modernization: all tenets of the 19th century Khedivial era of reform. After opening with Giuseppe Verdi’s Rigoletto (1851), the opera house then commissioned and staged the world premiere of the composer’s Aida (1871), a now infamous story of betrayal and domination that has been the subject of many writings on imperialism and orientalism. At the venue’s launch in 1869, The New York Times noted how architect Pietro Avoscani had built the new opera house in a style that enabled the audience to see each other as much as to watch the stage. The opera was where Egypt’s elite came together to see and be seen: the ultimate performance.

In 1971, when the Khedivial Opera House burnt down in a haunting, tragic fire, the Japanese government gifted the Egyptian government a new opera house, inaugurated in 1988 as part of a new National Cultural Centre situated on the island of Zamalek – a stone’s throw from the site of the old opera house in downtown Cairo. While the government deemed the elite, upper-class neighbourhood of Zamalek to be the perfect location for the National Cultural Centre, renowned Egyptian architect Hassan Fathy, in a bid to break opera’s association with ‘high culture’, wrote a letter in 1980 proposing a counter-plan for a new, vernacular opera house: a large, Arab tent covered in traditional folk textiles, designed ‘for members of Egyptian society’. The National Cultural Centre opened as planned, however, with The New York Times noting in October 1988: ‘With a whiff of scandal, a new opera house is to open in Cairo next week. The event has been preceded by much digging and scrubbing within its grounds, and much debate over where Egypt is heading with a cultural heritage that dates to the Pharaohs.’ It’s a debate that still resonates today.

Egypt’s current answer to a cultural agenda for the future is an entirely new city for arts and culture, located within the New Administrative Capital, about 45 kilometres east of Cairo. Over the past ten years, the new capital, which some critics have called the anti-Cairo, has emerged out of the desert as a megacity featuring all major state institutions, multiple residential compounds, luxury malls and shopping centres. Both the new administrative capital and the city for arts and culture are part of Egypt 2030: an ambitious – some might say unrealistic – plan that aims for large-scale social and economic transformation. As a part of this vision, the Ministry of Culture has emphasized both the growth and preservation of Egypt’s cultural heritage. Yet, in the city of arts and culture, preservation takes a back seat to an ethos of growth without limits. Egypt is not the first country to establish an entire city for the arts in the desert as a part of a state-led development effort. Ai Weiwei’s Ordos 100 Project for the creative district in New Ordos City – once a groundbreaking collaboration between the arts, architecture and urban design – is now a ghost-town in the Gobi Desert. Currently underway in Saudi Arabia is the Qiddiya project, planned to serve as a cultural hub attracting 17 million visitors annually by 2030.

Tourism is a central goal of Cairo’s city of arts and culture, which will feature multiple theatres, event venues, galleries, cinemas, a massive library that can hold a million books and two monumental museums: one dedicated to modern art and one to the history of Egypt’s capital cities. None of which is surprising for a city all about bigger venues and more events for a large population with what are considered to be refined crowds. While the original plan to dedicate one museum to the history of opera in Egypt was abandoned, the new cultural capital will still be home to the largest opera house in the region, boasting 3,500 seats. In 2018, Orascom Construction and the Egyptian Armed Forces Finance Authority broke ground on the new opera house, which had a partial opening in 2021.

The old opera house in Zamalek currently boasts a full schedule with a wide range of performances – from classical ballet and opera to Tarab nights and Coptic hymns – that, nonetheless, still primarily cater to the cultural elite. These kinds of productions are only one part of Cairo’s complex ecosystem of cultural activities, but the opera house’s conservative programming remains the state’s central cultural agenda, overshadowing concurrent efforts to build other cultural hubs across the city to cater to independent film, contemporary art or the now-booming contemporary music scene that attracts millions of listeners and viewers from all backgrounds. Yet, rather than foreground popular Egyptian rappers and mahraganat artists – some of whom are regarded as vulgar by the state – the Egyptian government is instead promoting a cultural agenda epitomized by events such as the opening ceremony for the new opera house, where the Vienna Philharmonic Orchestra performed in Egypt for the first time since 1950. Despite the New Administrative Capital’s promises for the future, the return of the Vienna Philharmonic indicates that the state’s cultural programme remains gripped by performances belonging to a bygone era.

This article first appeared in frieze issue 228 with the headline ‘Cultural Capital’.

Mariam Elnozahy is a curator, writer and researcher. She is currently completing a Master’s degree from the Aga Khan Program for Islamic Architecture at MIT, Cambridge, Massachusetts.