In Sarah Perry’s The Essex Serpent (2016), a reptilian monster embodies the anxieties of the Victorian age: the slithering, sinister phobias born of a new awareness of humankind’s precarious place in a godless world. In Paul Kingsnorth’s Beast (2016, both discussed in my previous posts), nature assumes a monstrous form that drags the book’s narrator into a delirious confrontation with the non-human landscape. Reading these books in the wake of the EU Referendum – and the wave of nationalist and nativist sentiment it unleashed – it has been difficult not to interpret these monstrous entities as timely symbols of the frightening instability Brexit has unleashed in Britain. If monsters have emerged, then where did they come from? How do we confront them? Can they be tamed, or must they be killed?

A Monster Calls, a 2011 novel by young adult author Patrick Ness that will be released as a film this October, addresses these questions. It also suggests a solution to them. Ness’s monster is at once a symbol of anxiety and an immemorial force of nature: a psychological projection that assumes the form of an ancient yew tree. Jim Kay’s illustrations for the book, reminiscent of Odilon Redon’s ‘noirs’, capture this sense of a wild, ancient force erupting into a modern, domestic setting. Despite being aimed at a young adult demographic, and written in a fittingly direct and angsty style, it arguably goes further than Perry or Kingsnorth’s novels in making the case for monsters being fundamentally ambiguous creatures, neither wholly bad or good. The choice of the yew tree is significant in this regard. The seeds of yew berries are toxic, but cancer medicines, such as Paclitaxel, have been derived from yew bark. The monster is both poison and cure. 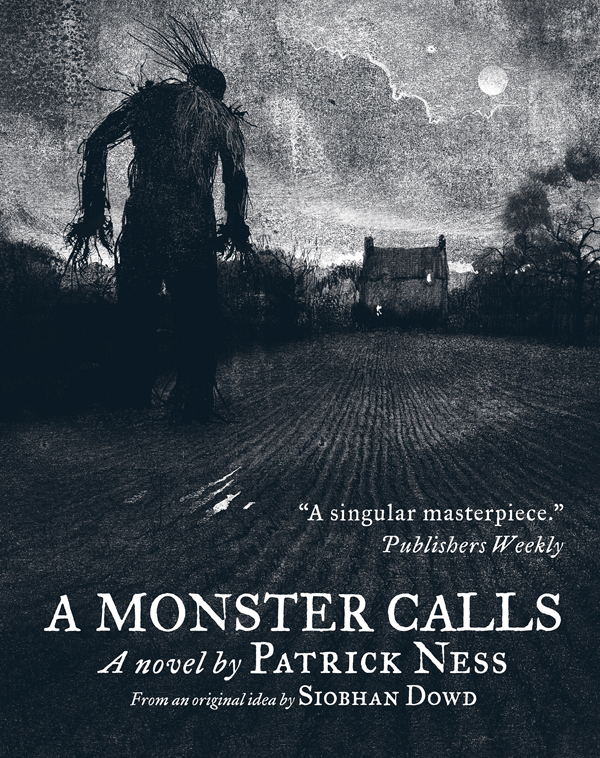 A Monster Calls is based on an idea by the author Siobawn Dowd, who died of breast cancer in 2007, aged 47, before she could turn it into a book. The troubled hero of the novel is Conor, a 13 year-old boy whose mother is dying of cancer. Conor is visited at nights by a huge tree-monster that, with its branch-like limbs and booming voice, resembles the Ents of Lord of the Rings (1954) – albeit a less ponderous and more violence-prone version. The monster describes himself as a chameleonic mash-up of British and Celtic myths: ‘I am Herne the Hunter! I am Cernunnos! I am the eternal Green Man!’ As in Kingsnorth’s Beast, Ness suggests that Britain’s half-forgotten myths have a life of their own. They can force their way into the present moment, disrupting our personal (and national) identities.

Almost by definition, monsters are external threats to normality that must be confronted and conquered. In the myth of St George and the dragon, the dragon must be slayed to symbolically purge and purify the nation. It is a tale of vindication and mastery. In A Monster Calls, by contrast, Conor must learn to live with the monster. His acceptance of it takes the symbolic form of an exchange of stories. The monster tells Conor three fairy tales over the course of several nights. In exchange, it demands that Conor tells a story of his own – a true, cathartic story through which he confronts, and begins to accept, his mother’s terminal illness.  It would be easier for Conor to yield to paranoia, to cast his fears outward, upon the monster, and blame it for his problems. Big, scary, incomprehensible things make convenient scapegoats. Instead, Conor enters into a dialogue with it. They bicker. They chat. They swap stories. In A Monster Calls, the monster doesn’t function to threaten us before it dies by our triumphant sword. Rather, it speaks. Monsters tell us things we might not want to hear, but we ignore them at our peril.