Rethinking Community in the Wake of the Pandemic

This essay is the seventh in a series of memos by artists, writers, curators and scientists written to the world after the COVID-19 crisis. In homage to Italo Calvino’s Six Memos for the Next Millennium (1988), they are divided into six categories: ‘lightness’, ‘quickness’, ‘exactitude’, ‘visibility’, ‘multiplicity’ and ‘consistency’. 'Rethinking Community in the Wake of the Pandemic' was written in response to ‘multiplicity’.

After Italo Calvino, let’s begin with a story, a Tantric Hindu myth. Satī wants to leave. Śiva, god of destruction, bars the departure of his good wife. An ascetic, Satī summons the fiery energy of opposition; Śiva shuts his eyes in fear. When he opens them to descry an escape route, the walls of his mountain seat are surrounded. The supreme Goddess speaks herself forth; Himalaya shudders as thousands of names emanate in omnipresent sound. In Satī’s anger, the Goddess assumes multiple forms: a blood-drenched lotus (Kamalā), many wilful arms (Mātaṅgī), the power to silence enemies (Bagalāmukhī), holy smoke’s revenge (Dhūmāvatī), her formidable studiousness (Bhairavī), sacrificially devoted to you (Chinnamastā), the cosubstantiality of earth (Bhuvaneśvarī), girls playing, laughing (Tripura Sundarī), a bridge of stars (Tārā), time’s hunger (Kālī). The story ends here, as stories proliferate.

This myth helps me to refigure the feeling of blockage that accompanies anger into an anger that blossoms and transforms space. The circumscription of power can produce a centrifugal force, from oppression to entropy: Satī’s resistance is the mother of insurrection. During a recent talk for The Lab, San Francisco, on ‘Militant Care: Limits and Horizons’, Hannah Black discussed the ways in which the ‘horror conditions’ of the global pandemic bring about new political possibilities and coalitions, from the ‘complete terraforming of the terrain of politics’ (e.g. mutual aid, rent strikes) to the ‘peristaltic closure of reaction’ that moves to shut down these possibilities (e.g. community policing, closed borders). We are neither levelled nor unified by facing the same threat. The pandemic manifests the reality of our interrelation, the density and ineluctability of that entanglement, its potential for support and harm. As Édouard Glissant writes in The Poetics of Relation (1990): ‘Relation contaminates, sweetens, as a principle, or as flower dust.’

Glissant distinguishes between Einstein’s theory of relativity and relation’s science of chaos-monde (chaos-world), contrasting what he describes as the former’s ‘arrowlike projection’ with the latter’s ‘circular nomadism’. Where Einstein sought a grand unified theory to prove the harmony of the universe, Glissant perceived a desire to flatten difference, silence the disharmonious, to measure everything in the world according to the same ‘ideal scale’. In his assertion of the ‘right to opacity’, Glissant seeks liberation for those who are not seen or measurable, who are unintelligible in the cosmic song or refuse to play along.

I’m interested in this turn to physics to think about sociality and poetics. In his notes on ‘Visibility’, Calvino correlates the endless triangulations of atomic particles, lived experiences and the ‘impalpable, powder-fine dust of words’ that seek to know through representation. He writes: ‘The poet’s mind, and at a few decisive moments the mind of the scientist, works according to a process of association of images that is the quickest way to link and to choose between the infinite forms of the possible and the impossible.’ What image expresses every single relationship between every single existent in the expanding universe? What image expresses the oscillation of existence and non-existence contingent on relation, on contact that entails creation and destruction, as in particle colliders and political uprisings?

Calvino seems to respond to Glissant’s opposition to the desire for harmony in his memo on ‘Multiplicity’: ‘What matters is not the enclosure of the work within a harmonious figure but the centrifugal force produced by it – a plurality of languages as a guarantee of a truth that is not merely partial.’ Knowledge is opposed to singularity of language, culture or perspective; knowledge moves, goes in circles, gets knotted, activates nodes and networks.

The Mahāvidyās named above – great goddesses of knowledge and language – offer an image. Their shared attributes (icons, mantras, social contexts) render them a loose, constantly reorganizing community. Attributes function like hyperlinks, so that shell or x sacred syllable or cremation ground enables transition before you realize you’re moving. Black articulates her political horizons as a ‘movement for homes’ that makes the world a ‘safer place for wandering’. These horizons are far out, but they’re not confined to the future, she says; apocalypse and utopia are already with us. I wander through language, conveyed by microscopic waves and macroscopic spirals, in search of revolutions that already exist and supportive forms of relation and homes and wormholes …

Nisha Ramayya’s debut collection States of the Body Produced by Love (2019) is published by Ignota Books. She lives in London, UK.

Opinion , Thematic Essays
What Consistency Can Teach Us 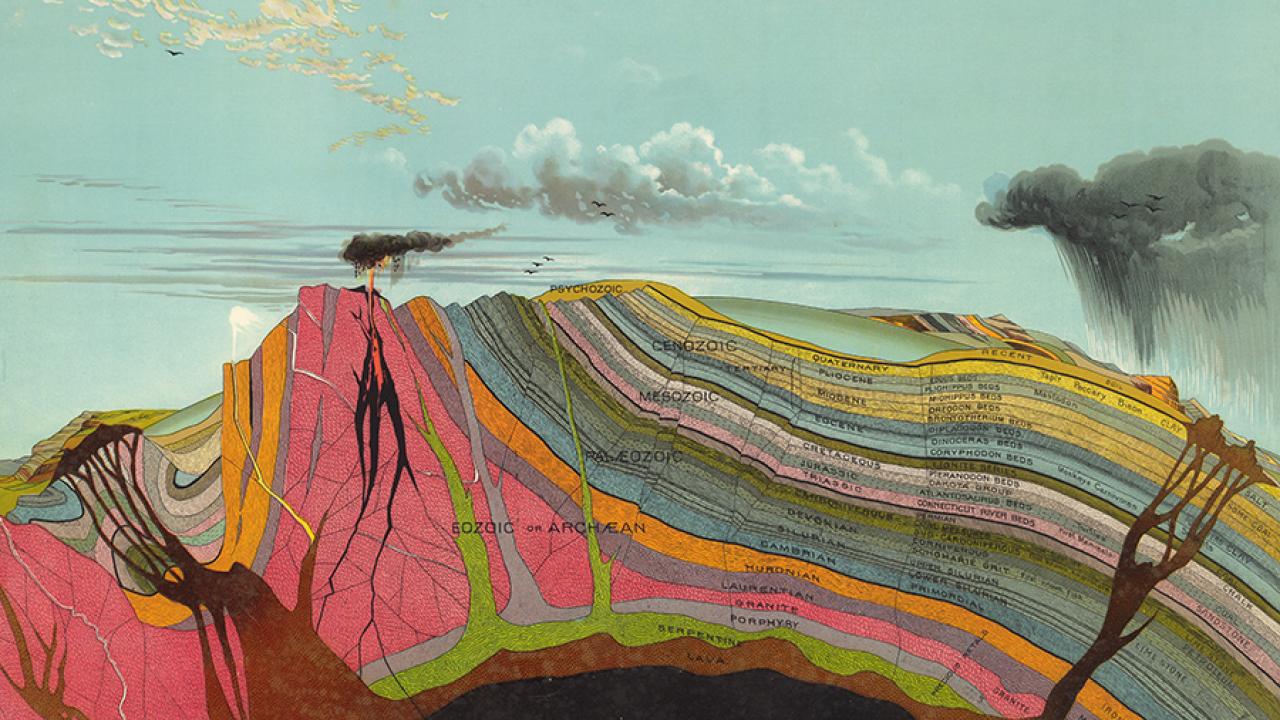