The colourful reliefs in Sadie Benning’s solo show ‘Excuse me Ma’am’ are almost two metres high: simultaneously sculptural, painterly and cartoonish, they’re hard to pigeon-hole. The artist achieves a dense, radiant colour with a mix of aqua resin, casein and acrylic, which creates an effect of lightness, although the works are physically heavy. The reliefs comprise fitted panels and follow the same cut-out principles employed in collage or stained glass.

The show has both a strong drawing component and a distinctively handmade quality. If the medium is difficult to identify, so, too, is the determination of gender in the figures the artist has created: Benning, who has been transitioning for a number of years, has rejected gender specific pronouns in favour of the more indeterminate ‘them’ or ‘they’. In the series ‘Bra People’ and ‘Excuse me Ma’am’ (all works 2016), figures originally drawn in pencil have been lifted from the artist’s notebooks and blown up in scale. These characters pop out of a colourful vortex of lines; one head has masculine characteristics but wears a black bra over a shirt, while hints of superheroes recur in the employment of uniforms and capes.

Each piece emanates a spinning force that recalls animations illustrating the origins of a pre-linguistic world. Soundwaves, for example, with its bold black scribbles on top of pink, blue and white notes, recalls a customized musical score in which the intensity of the music is indicated by the thickness and juxtaposition of the lines. Similarly, Sun, Soundwaves visualizes energy flows; the drawings look like analogue transmission signals and could be referencing Benning’s early work as an experimental filmmaker in the 1990s. Black scribbles appear also at the top and bottom of the relief Amo, while a futuristic character with what could be an African mask as a head, Wonder Woman’s torso and the shoulders of a warrior is inscribed against a bright green backdrop that is interrupted by two vertical red lines.

In a side room, the diptych Double Exposer is created from different materials to the other works in the show. On the right panel is a clunky bust silhouetted against a black and white landscape of leaves, while on the left, a digital image of a hooded figure ascends black and blue steps. At this person’s feet is a tiny bleached photo of a woman, behind whom is a poster of the flag of the United States created from matchboxes. The woman in the photo could be a student in an American college dorm, her thoughts caught somewhere between the posters on her wall and real life. In a recent interview, Benning declared ‘I am often inspired by things that bother me’. After the US presidential elections, the artist is surely not short of inspiration. 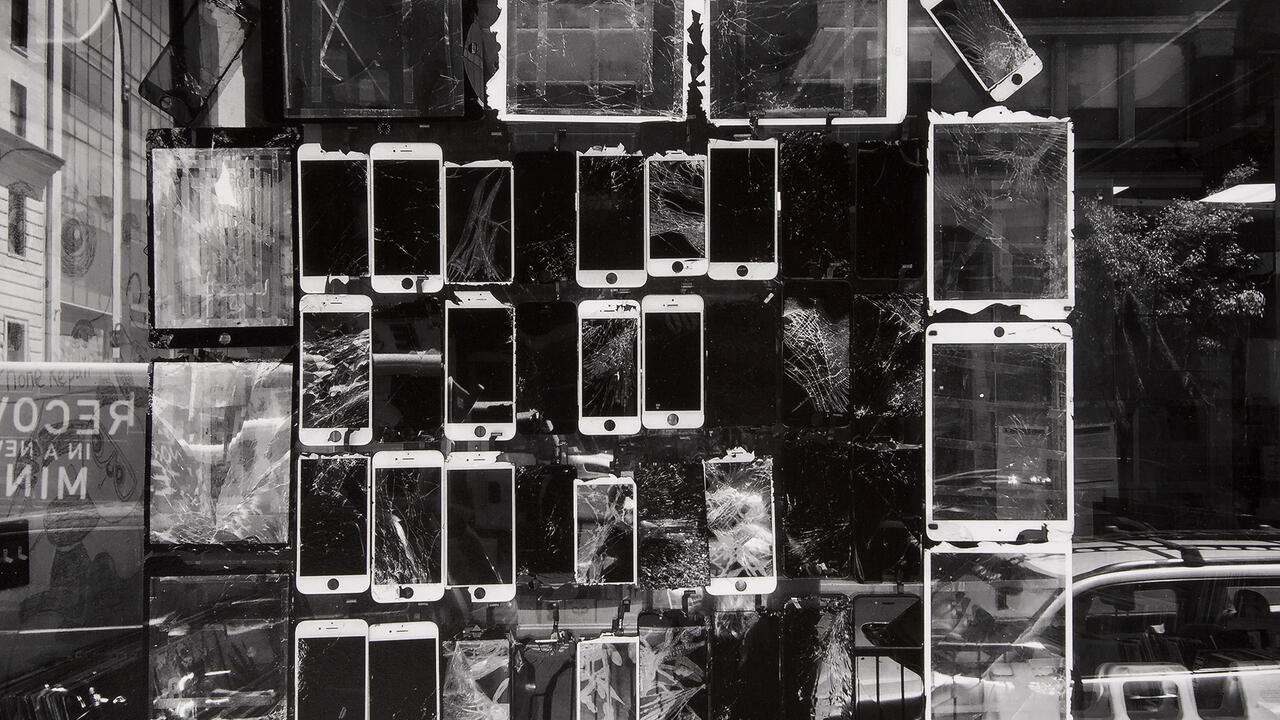 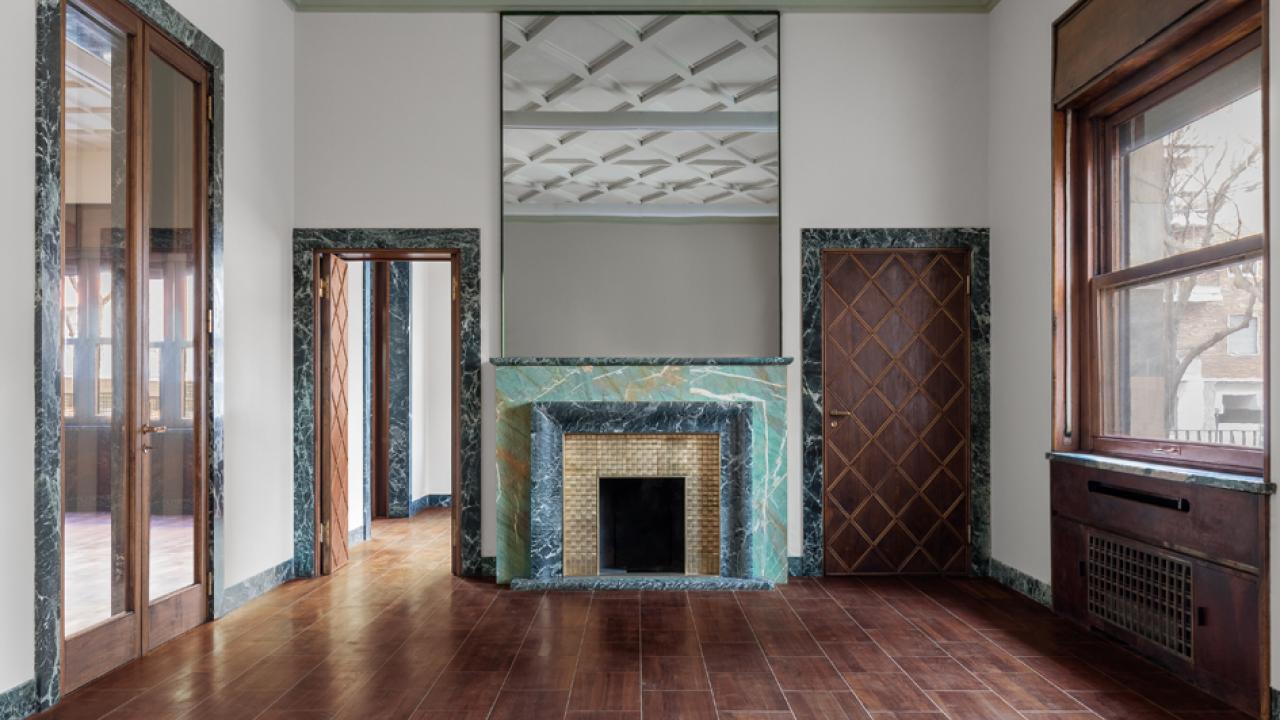 Designed in the 1930s by the city’s most celebrated architect, the building has never previously been open to the public