A report from the Salzburg International Summer Academy of Fine Arts which celebrates it's 60th anniversary this year. 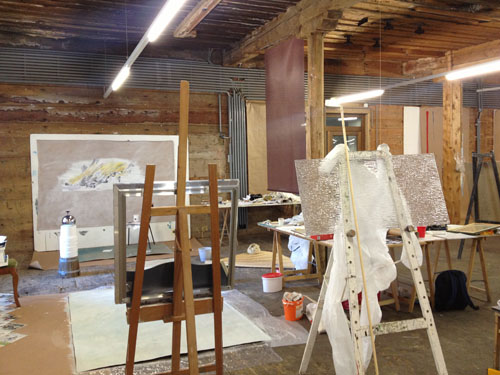 Ever felt suffocated by application processes? Rushed to get in the last minute admission deadline? Then experienced the waiting, the wondering? These feelings are all too common for anyone who has applied for artist funding or to study art. A visit to Salzburg International Summer Academy of Fine Arts was the trigger to think more about how art should be taught and what an art education should deliver. During my week-long stay I listened in on the series of lunch talks and evening lectures under the collective title Professional, Amateur or Genius? and talked with students, artist-teachers and people working at the Academy.

Founded by Oscar Kokoschka in 1953 as an alternative art school, the Academy has a fascinating history. As Martin Fritz notes in The World’s Finest Studio – published this year to mark the 60th anniversary of the Academy, the oldest of its kind in Europe – it was made possible by the unlikely pairing of a National Socialist gallerist, Friedrich Welz, and his support for Kokoschka, ‘the degenerate artist’. Despite the proliferation of abstraction in post-World War II art, Kokoschka was opposed to the movement. His motto was to teach his students how to ‘see and observe’ which gave rise to the Summer Academy’s other name: the ‘School of Vision’. 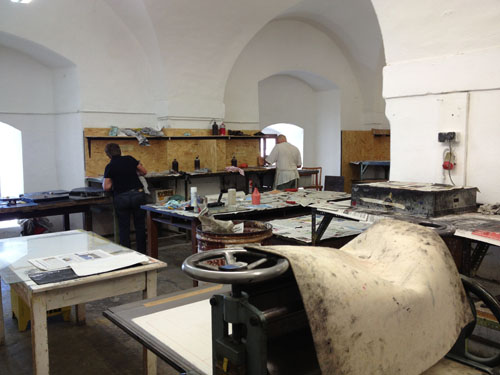 Kokoschka’s insistence that courses would be open to all and his opposition to a selection process should be noted. Nowadays, because of the number of applications to the Academy, the decision of who to accept is taken not by the institution but by each artist teaching the course. Although there is a limit in terms of numbers, the intended diversity of students still remains. Besides art students, people from other fields and professions – mathematics, journalism, architecture, psychiatry, law, finance – are invited to the Hohensalzburg Fortress and the Alte Saline in Hallein where the lessons take place. The art market decides whether someone is a professional artist or not but as the director of the Academy Hildegund Amanshauser humourously pointed out ‘amateurs are always the others never myself’. 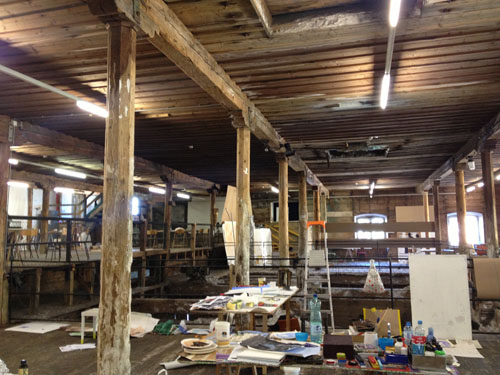 Each summer, 300 students take classes across 21 courses. Classes allow the attendees to work with different mediums and explore new ways of thinking whilst discussing several processes. In memory of Kokoschka there is Abendakt, evening classes in life painting that are open to the public. The week I was there, the students were working across printmaking, painting, mixed media, performance, video, sculpture, jewellery design and photography.

The Hohensalzburg Fortress and Alte Saline in Halline boast astonishing architecture. Even though, the Fortress is a prime tourist attraction – which bothered me at first − the isolation one finds on stepping inside soon became apparent. Some spaces of the Fortress are reminiscent of a labyrinth. The old salt factory Alte Saline in Hallein has open plan, high ceiling as well as facilities like a dark room. A mound of salt in the centre of the main space, a homage to previous function of the building, also became material to play with for the sculpture class of Robert Kuśmirowski. 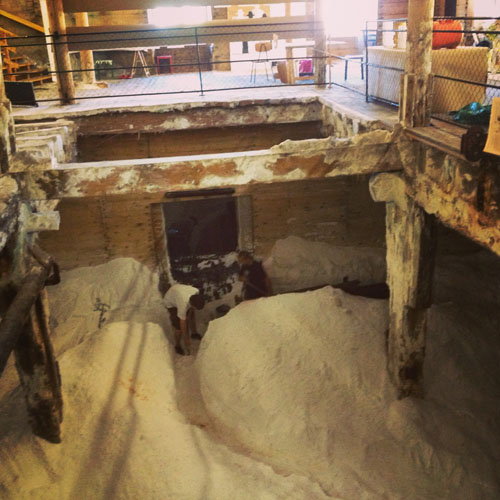 Every class, talk and lecture was a concatenation of analogical ideas. For example, in Felix Gmelin’s class the students were ‘figuring out the ways of the world and the secret rulers of the universe’ as one student put it. Ksenija Pantelic, the Academy’s resident blogger, mentioned a common point in almost all the talks: the need for a change in the world, especially on a micro scale: first, change yourself by transforming the way you work.

Art education demands final shows and good grades and finding a gallery after graduation. And professionalization is therefore inevitable. But as Anne Szefer Karlssen stressed in her lecture, Everything Happens Here. You’re Gonna Love it!: ‘Art schools ought to be communities free of ideology. However, they are often still modelled on the historical master-apprentice relationship, or, more recently, on the research-based systems copied from academia’. A conversation afterwards, between Karlssen and Bassam El Baroni, expanded the topic by asking: where does the artist-teacher stand in the triangle of bureaucracy, government and ideology? How should the relation between artist-teacher and artist student be formed? How do the new ways of communication and self-education, afforded by the Internet, affect art education?’ Is art teachable at all? As Karlssen asked: ‘maybe we should just stop asking questions.’ 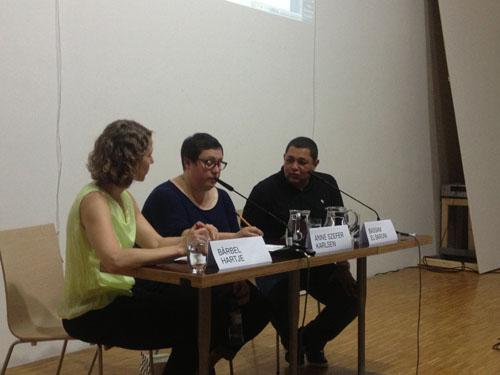 El Baroni criticized the tendency of continuous, redundant questioning and the fetishization of the continuous question mark, as he told me the next day: ‘In many ways when you take that position you open up a challenge, a kind of a situation where people contest your ideas. Discussion continues and things can develop but if you just practice your art as an endless loop of questions then it becomes problematic…What we see now in many academies and education models is that there is a shift that is somehow related to the idea of complete indeterminacy, there is no need to put your finger on anything or to take a position’. El Baroni’s class, Lyotard For The Twenty-First Century Curator: A Singular Account, explored ways of taking a political position while still continuously questioning. According to El Baroni, Lyotard’s philosophy was about maintaining a vigorous political position in indeterminate moments such as now. 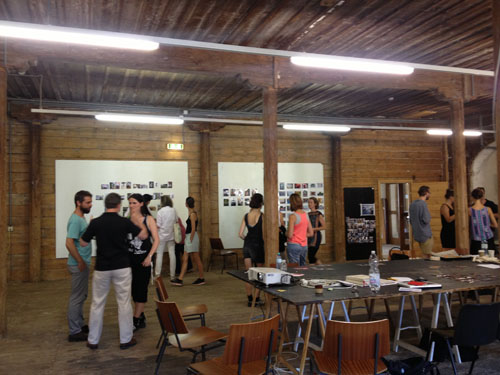 As I was milling about the Academy, I was also trying to scrutinize the negative aspects. It is an institution, an old one, with traditions that may orientate towards dull repetition. Although the submission process is coordinated by the instructor of each course who is free in her/his own decisions there are still applications for grants that need to be made and selection criteria that need to be achieved. But in the case of the Salzburg Summer Academy, what is appealing is the discursive inquiry into art education itself.

I’m ambivalent about the institutions in general. Let’s admit it, although we can criticize them, institutions of art education are monolithic and their removal is all but impossible. In order to reframe the institution, rather than rejecting the reality, one needs to conquer the castle from the inside.