‘I Don't Feel Guilt’: Sophie Thun and Julian Irlinger on the Photographic Archive

Chloe Stead For ‘Merge Layers’, your recent exhibition at Sophie Tappeiner in Vienna, you worked with the photographic archive of the late Latvian photographer, Zenta Dzividzinska.

Sophie Thun It was actually Zane Onckule, the programme director of Kim? Contemporary Art Centre in Riga, who made the connection between Zenta’s work and my own, which resulted in her inviting me to do a two-person show. I felt an instant kinship with Zenta, not to mention a huge debt of gratitude to her and all the female photographic artists of the 1960s and ’70s, whose fight for recognition means that I now have access to funding and chances to exhibit my work. Nonetheless, I didn’t want to simply transplant myself somewhere I’d never been to install my work alongside that of an artist who had operated in very different circumstances from me and then just leave after a few days. So, I connected with Zenta’s daughter, Alise Tifentale, who’s an art historian, to ask if I could work as a technician for her mother’s archive for the duration of the show. I ended up being in Riga for two months developing negatives. I learned a lot about Zenta’s life and that period in history from the archivist Līga Goldberga, amongst others.

CS Many of her images had never previously been printed, I believe?

ST Yes, presumably due to a lack of time and materials. I printed over 100 of them, but there are many more. Zenta worked with either 35 mm or 6 × 6 medium-format film, meaning that I had no idea which of the 12 photos, in the case of the 6 × 6 prints, she considered the artwork. It was the first time I had worked with someone else’s images, so I thought for a long time about how to credit them. In the end, I decided on: ‘Photography by Zenta Dzividzinska, interpreted by Sophie Thun’.

Julian Irlinger You also incorporated your hands into the edges of the images. ST I’m interested, as I believe you are too, in merging different moments in time. So, although these photographs were taken in the 1960s and ’70s, I was developing them in 2021, and I wanted to make that fact visible.

CS In a sense, this project is righting a historical wrong: the neglect of a photographer who, on account of her gender, never got the credit she deserved while she was alive.

ST I hope so.It was my small way of trying to repay some of the unpaid labour she did for me and other artists of my generation. When the show ended, the National Library of Latvia took over the archive, which was a fantastic outcome.

CS There is a similar intention in your work, Julian, particularly in ‘A Smile with One Tooth’, your recent exhibition at Thomas Schulte in Berlin. The show uses archive imagery to tell the history of the building that houses the gallery, which started life as a high-end department store but was expropriated from its Jewish owner, Jakob Tuteur, by the National Socialists in the late 1930s. It was eventually restituted to Marjorie Nesbitt, one of Tuteur’s direct descendents, but only after a lengthy court battle.

JI I’m interested in the institutions and processes involved in how we write history. The photographs in ‘A Smile with One Tooth’ present fragments of objects that are connected to the complex history of the Tuteur Haus. After it was expropriated, the building initially manufactured boots for the German military before serving as the embassy for the former Czechoslovakia. During the GDR era, the building’s art nouveau facade, which had been damaged by allied bombing, was repaired to match the surrounding prefabricated buildings. When, after the fall of the Berlin Wall in 1989, Marjorie and her family filed a successful restitution claim, they hired an architect to re-create how it had looked in 1910. They shared various documents and archival information with me, which ultimately ended up in the show, as well as the moulds that were used to reproduce elements of the building’s original facade. From these, I created a sculpture, Reproduction of Copy after Photograph (Tree of Life, Kept by Marjorie Nesbitt) [2022], to highlight the cyclical nature of this process – all of which ultimately leads back to photography and the archive. The moulds were part of the reconstruction of the building in the 2000s and were shaped after photographs from 1913.

ST While some of the photographs in the show are reproductions from historical archives, you also took a group of new photographs using your mother’s old camera, which in itself is a form of archive.

JI For years, I took pictures with this camera, but I never used them in an art context, working instead with found materials and existing infrastructures. At a certain point, however, I realized that the camera itself was a found object with a tangible relationship to my own life: all the images I know of me as a child were taken with it. There is obviously something very nostalgic about this camera but, ultimately, the photographs I take with it bear no sentimental value for me.

CS There’s something very provocative about these images. In one of them, Untitled (Reichsmark) [2022], your hand is shown holding a single Reichsmark, which is what the building was ‘sold’ for after it was seized from Tuteur. Are you implicating yourself here, as a German citizen whose family could potentially have benefitted from the theft of Jewish property?

JI I have worked with currency before, so in some ways this photograph relates to my earlier exhibitions, such as ‘Europe Divided Into Its Kingdoms’ at Damien & the Love Guru in Brussels last year, which explored the currencies and colonial backgrounds involved in the notion we have of Europe today. I don’t feel guilt, but it’s true that, with this project, I wanted to make it clear I was responsible for the exhibition, which is why I wrote the exhibition text myself – something I wouldn’t normally do.

In other images, I used objects relevant to the building’s history, such as Untitled (military boot) [2022], which I submerged in milk. The white appearance of the milk engages with the grayscale of the gelatin silver process, an anachronistic technique in photo printing. I am interested in exploring our desire to renegotiate the past. I’m fascinated by the nostalgia of our current moment, in which all utopias are over, and much art that is being produced is concerned with the past.

CS Both of you worked closely with the relatives of the subjects of your exhibitions. How important was it to have their approval?

ST For me, it was vital. If Alise hadn’t agreed or had told me that her mother wouldn’t have liked something, then I wouldn’t have done it. Zenta herself was no longer alive, so she couldn’t give me guidelines, which was why I had to make it clear that, although they are her images, I was making aesthetic choices that might have been different to hers.

JI It was the same for me. After a year of engaging with Marjorie and her family, they came over from the US to see the show, so it was a big relief that they liked it.

This article first appeared in frieze issue 227 with the headline ‘Ghost Hunting’, as part of a special series titled ‘Photography Now’.

Julian Irlinger is an artist. Earlier this year, he had a solo exhibition at Thomas Schulte, Berlin, Germany. This autumn he will exhibit at the Wende Museum, Los Angeles, USA. 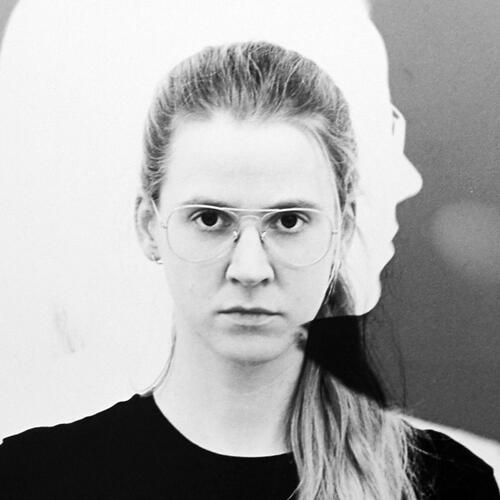 Sophie Thun is an artist. Earlier this year, she had a solo exhibition at Sophie Tappeiner, Vienna, Austria. Her first monograph was published by Distanz in March.