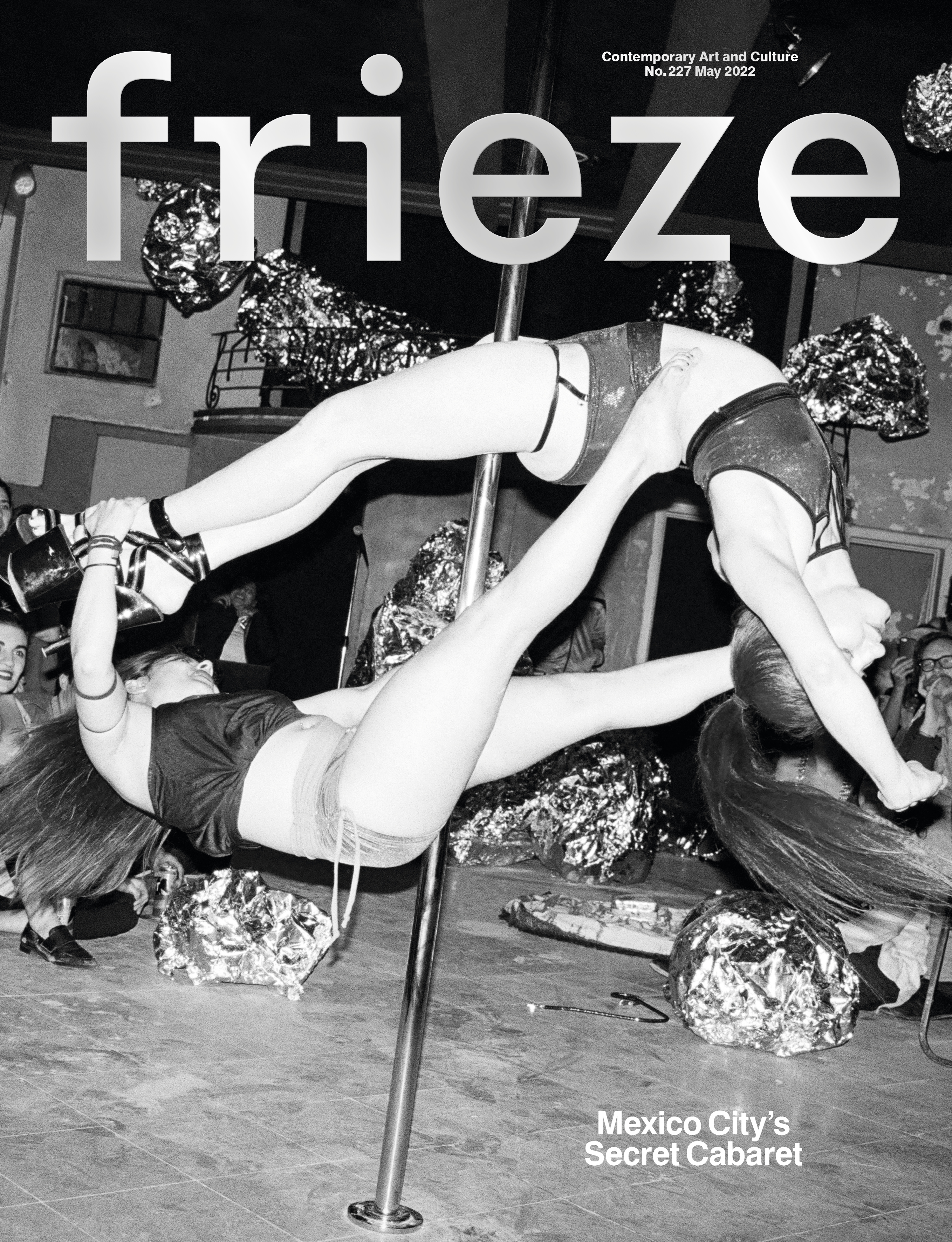 ‘With La Noche Del Cisne, I always had the feeling that we were just doing it for fun.’

‘We had no idea what to expect or if anyone would even turn up, and we really just used the materials at hand.’ – PJ Rountree. A look back on the storied cabaret night in Mexico City – with contributions by Alejandra Acosta Chávez, Pia Camil, Susana Vargas Cervantes, Don Charles, Brenda Munguía, Luis Pablo Osorio, Kristin Reger, PJ Rountree and Alberto Perera.

‘As art practitioners, we can encourage or support those who want to become the next generation of artists.’ – Zanele Muholi. The issue closes with a special dossier dedicated to contemporary photography, including essays on the medium’s most pressing issues and interviews with acclaimed and emerging artists.

In the features: Simon Wu profiles Kayode Ojo, whose shiny sculptural configurations reflect the art world’s taste back at itself; in ‘1,500 words’, Patrik Sandberg dives into the world of the legendary gay filmmaker James Bidgood, who died in January; ahead of a large public installation on Governor’s Island in New York, Charles Gaines speaks with Harmony Holiday about seeing faces, trees and the bigger picture. Plus, an exclusive extract from a forthcoming book of Philip Guston’s composed notes, sketches, letters and pictures, I Paint What I Want to See (2022).

Columns: Do It Yourself

Plus, Marko Gluhaich responds to a single work by Rose Salane, featured in The Whitney Biennial. Going Up, Going Down charts what’s hot and what’s not in the global art world, and, finally, the latest iteration of our Lonely Arts column.

Subscribe now and explore nearly 30 years of editorial on frieze.com.