We know about the last two decades, but what do the years between now and 2031 have in store?

Even if you were having a great time in 1991 (I sure was), you should resolutely refuse that year any reverent nostalgia. That halcyon year is gone for ever, yes, but its legacy is alive and also unstable. 1991 was the heyday of cyber-counterculture. 1991 was the triumph of neo-liberalism over the corpse of Communism. 1991 was the flushed, tubercular onset of the dotcom collapse. 1991 was when a feral oil market destroyed a new world order. 1991 was all of those things at one time. The past takes its meaning from what we do today, and 1991 can be construed – just as 2031 can.

1991 hasn’t yet been through the full, awful rigour of historical revisionism – it’s not like the year 1789, chewed to mulch by generations of ideological stakeholders. But the only fate that history offers is to be re-interpreted; re-cast as retrodiction, more and more wildly as its constituent elements vanish, as its eyewitnesses leave us, as the past’s quotidian aspects become remote, romantic, fantastic ...

Twenty years from now is 2031. That year is not Utopia or Oblivion, it’s not made of sci-fi hologrammed tinsel; it’s just another year among many, and most of its working parts are already scattered around. Like any other year, it offers novelties, but also huge absences. 1991 had many thriving elements denied to 2031. Film cameras. Newspapers. Bookshops. Print magazines that were simply, entirely and utterly print. National analogue broadcast television networks. Young people.

2031, by contrast, has the common 21st-century population: huge and old. Back in 1991, only Florida, Japan and Italy had that solid, permanent preponderance of the elderly that is common everywhere in 2031. This vast social transition changed everything and created all kinds of financial and political mayhem, but it was nothing much to get excited about, because there was nothing much to be done about it. Nobody ever gets less old.

Yesterday’s mind-bending innovations became today’s commonplaces. So they lost their rhetorical gloss. Globalization was exciting in 1991, but grumpy background noise by 2031; once the world is flattened, there is no Parnassus left to wax all ‘global’ at.

A global art biennial is routine in 2031, like the lumbering, bio-fuelled airbus that totes one there. While events are the new magazines, one leafs through them and discards them like magazines. The thrill inverts, as regionalism becomes exotic and difficult; collectors and curators hunt for the naïve remains of a pre-networked culture. Adventures in crate-digging. Collectors become completists and curators become élitists; the trained pig and the rare truffle.

In 2031, there are magazines but no kiosks, books but no bookshops, videos but no TV sets. There is money, but there are no national currencies. There are some other big surprises like that, but once they really matter they’re made to seem inevitable. Was anybody really surprised to see Pakistan nuked? Be honest.

‘Film’ is long gone, because there is no plastic ‘film’. Genres are gone – well, genres haven’t vanished exactly, but genre conventions have to be carefully explained to people, like the extravagant gestures once native to silent film. Like the sad fate of suspense-film mechanics in the geo-located, Google-mapped world of 2031 – no car chase ever leads any fugitive to safety. That’s become meaningless; it’s silly. No alibi ever works, thanks to smartphones ... Besides, if you want to know whodunnit, wouldn’t you just look that up? What backward mentality requires a weird puzzle like that? Don’t they ever play games, for heaven’s sake? Just game-ify your own reality; use your app, get your badge, up your score. We all know how. Science fiction? Can’t scientists make up their own far-out PR hokum? Scientists have a web presence just like everybody else does, don’t they?

Accessing the dead ‘classic’ forms of analogue art and entertainment – let’s face it, that is like watching ice melt. It’s like waiting to ‘buy’ some ‘news’. Real events of consequence are forced on your attention. Reality will find a way to harpoon you despite your best efforts to filter the pain away. Reality doesn’t care about your firewalls.

Art galleries – same situation there, really. Sounds great in principle, doesn’t fit the tenor of the times. No use shuffling into those solemn white cubes when zealots will come out and mess with your head. In Britain they’re knighting street-artists. Relational Aesthetics? Who isn’t relational? Like, we get a choice?

The word ‘consumer’ is a raw insult, like calling some yokel a ‘born sucker’. Commerce and logos and graphic design exist, but brands are deader than an eight-track cassette. When people from 2031 see historical footage from 1991, this is what they notice at once – that smothering visual lacquer from all the dead brands. How did they live like that? Why didn’t they counter-attack?

The weather is horrible; everyone genuinely fears it, so to dwell on it is crass. Post-Blitz London and bombed Berlin were very horrible, and nobody saw those either. Keep calm and carry on. In 2031, when someone’s national forest is blown to kindling, by storms, droughts, fires, the usual mayhem: well, first it isn’t national, and second it’s no longer a forest. It certainly isn’t natural. It’s all been reframed.

The area around Chernobyl is still empty. In parts of Japan, the weed-trees in the tsunami middens grow 30 feet high. It’s easy to make this sound scary, but it scares nobody, because people are accustomed to that. People are never scared by the commonplaces of daily life, no matter how risky they are; in 2031, people choose to be alarmed by exotic, eye-catching stuff, like rare diseases and psycho serial killers.

With that said, nobody smokes cigarettes any more. Well, the poor still smoke a little sometimes, but they’re not anybody.

There are no political parties. They were entirely hollowed-out and disrupted by social networks. That happened fast. The old slogans and some of the logos persist. It’s hard to get people to notice; they think it was always like that.

Since pornography is a genre, there isn’t any left. Of course, there are mega-terabytes of recorded sex acts, but since nobody pays to view all that, it doesn’t formally exist as a social problem. Prostitution exists. Espionage exists. Prostitution and espionage have never been closer, because, in 2031, sex scandals are a major political enterprise. Old commercial porn has become new political power-porn; everyone in power is surrounded by a haze of prurient micro-video, captured and spread by enemies. Popes, queens, supermodels, billionaires, socialites, anybody really. This is the massive civilizational moral crisis. It is routinely decried as shocking and decadent and shameful and how-could-they. Nobody does anything much to stop it.

There is no ‘cyber-’ anything in 2031. The term is hopelessly backward, like ‘electro-’ or ‘jet-propelled’. There is nobody orbiting in ‘outer space’. The Internet, when it is noticed, is referred to as the ‘Legacy Internet’. Most of the ‘content’ that was placed on the ‘Internet’ is vanishing like so many MySpace posts. No one can afford to track the ageing data, archive it or save it. There is little desire to try. New schemes have disrupted the Internet; they are vaster, faster, friendlier, more interesting.

Suburbs are the new favelas, while the prosperous live cheek-by-jowl in repurposed downtowns. Architecture guts entire city blocks, preserving the historicized skins around flats packed to Hong Kong densities. Cars are rental-shared. Furniture is mobile. Most objects have IDs.

Click by click and tap by tap, apps replace materiality. One’s place on the planet’s surface is a latitude–longitude position, ever more arbitrary. Material possessions most prized in 1991 – sports trucks, monster fridges, granite counter tops – are as ungainly as horsehair sofas.

This deceptive material simplicity means wrangling endlessly with unstable interfaces – ‘experience design’. When a tracking system falls apart, you ditch everything you own and start over again. The poor are subjected to horrid acts of immaterial wickedness – treadmills of upgrading and discontinuation. The rich cling to the gloomy luxuries of a vanished epoch – fillet steaks, wild-caught fish, unscanned oil paintings, marble and bronze … aristocratic, heavy, dim-witted.

As the Baby Boomers dwindle, there’s never been such a torrent of funerals. The public Boomer funeral is the new rock and roll. Rock has been the planet’s soundtrack for over seven decades now, stylized, derivative, a massive accumulation of tone-snippets, style and imagery, to be retro-futuristically repurposed in the service of necrotic dignity. In a world of fully digitized heritage, the cobwebbed past is spidered into submission, gently composting on the hard-disk.

Nothing can be ‘innovative’ unless you are convinced that change makes a difference. Without the magic patter, the semantic context that sets expectations, a rabbit in a hat is not a wonder, it’s just a weird accident. A true network society cannot progress, because it reticulates; it’s all snakes and ladders, rockets and potholes, mash-ups and short circuits.

In 2031, a year of genteel-Gothic, high-tech decay, a realm of complex, neurotic, Austro-Hungarian market despotism tempered with incompetence ... Well, let’s face it: a matured resignation fits the general mood of our times. Our art is about symbolism, dense allusion, fatality, caked-on décor. Our absence of innovation, the lack of any progressive narrative, doesn’t bother or embarrass us. Derivative cut-and-paste, shareware, mash-up, appropriation, détournement, post-disciplinary network-culture infrastructures; this favela of the intellect no longer has to be valorized. It’s just another way to get results; it’s the way that falls apart fastest.

This isn’t fiction, because we have to live it. And yet you can gaze out of the smog-blanched window and squint, I Ching hexagram-style, and you know ... maybe the distant year 2031 actually does look and feel rather like 2011, or even 1991. Those years may both be kindly and rose-tinted nostalgic years, but only compared to what will be said about us in 2051. By 3051, we’ll be closer than triplets, all of us; only a spectroscope will tell us apart. We’ll be part of some jam-packed historical epoch renamed only in retrospect – ‘Before and After Science Fiction’, maybe, or the ‘Early Anthropocene’. I wish those kids would get off my lawn. 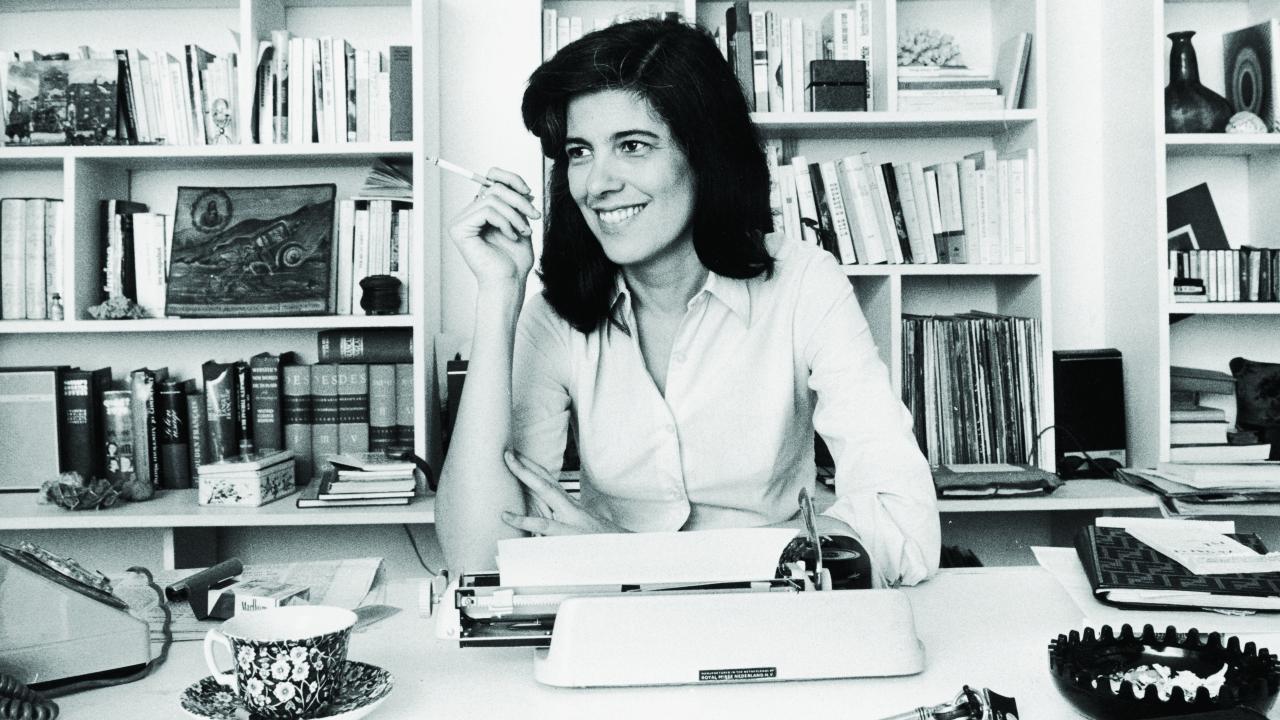