Two Memoirs Look at Motherhood in the Grip of Capitalism

After Roe v. Wade was overturned by the US Supreme Court this June, I thought, at first, it was in retaliation to the 2017 upsurge of #MeToo and the subsequent worldwide Women’s March. The decision felt like a castigation of female empowerment. But, thinking about it, I realized it was just the reality of contemporary life: motherhood under capitalism. As birth rates in the US decline, the court is forcing us to breed, to bear children. It makes me think of Silvia Federici’s Caliban and the Witch (2004), where she outlines the history of witch hunts as terrorist campaigns against women, forcing them into capitalism as breeders of a cheap labour force.

Two unflinching memoirs look at the forces of capitalism in two women’s lives: Édouard Louis’s A Woman’s Battles and Transformations (Farrar, Straus and Giroux, 2022) and Lynne Tillman’s Mothercare (Soft Skull, 2022). Louis’s book covers his mother’s between the age of 25 and 45, while Tillman’s centres on the decade in which her mother approached death. Both writers have fraught relationships with their mothers, neither of whom had a choice about being a parent, nor were they particularly good at it. The collateral damage is outlined in both narratives.

For Louis’s mother, escape comes in middle age – as if freedom can only come after the childbearing years. The French writer’s slender, moving book is his fourth to mine his personal history exploring how poverty, class and patriarchy work to re-create each other – and reinforce violence. The story begins with a photograph – not even a great one – of his mom. I couldn’t help but think of Roland Barthes searching in Camera Lucida (1980) for a photo that captured his mother, and the only shot that does is one of her as a little girl. Louis finds a picture his mom took of herself, the camera angle awkward, and notes that the image ‘evokes freedom’. Her head is cocked, lips parted as if exhaling cigarette smoke. Her freedom, though, was already gone. She was 20 in the photo and already a parent. Pregnant at 17, she had to drop out of school, then came another pregnancy. There’s divorce, another alcoholic husband – Louis’s father this time –  and abject poverty. Also elegant writing about it: ‘Poverty always adheres to an operating manual that no one has to spell out.’ These re-created patterns of alcoholism, abuse, etc, the stuff of a Louis’ book.

An IUD fails: pregnancy, twins. She wants an abortion; her husband forbids it. (‘He decided, she ceded,’ is how Tash Aw’s fantastic translation renders the line.) After the twins are born, her husband won’t let her see her relatives. She can’t drive. He won’t take her. She’s trapped. ‘Not only was she a mother to five children, with no money and no prospects, she was a prisoner of the domestic sphere. All the doors were locked.’

But this is a liberation tale suffused with love for his mother and her escape. She eventually leaves when the twins are 18, moves to Paris and reconciles with Louis. He writes early on that he wanted ‘to tell the story of a woman but realized that yours is the story of a human being who fought for the right to exist as a woman, as opposed to the nonexistence imposed upon you by life and life with my father’. She becomes a ‘political subject’, liberated in neoliberal France where some of her freedom comes from buying clothes and makeup and fancy meals out with her son. ‘Bring the bubbles,’ she says gleefully. He writes later: ‘Is a change still a change when it is circumscribed […] by class violence?’ I am grateful for the question but sometimes pleasure can be reward and revolution, and should be embraced against everything else.

In Tillman’s book, her mother becomes an object. She describes her mother’s body being taken away after dying: ‘We saw it, that black rubber bag, for a few moments. Mother was just a thing now, anomalous, an object, nothing anymore. The men’s expertise added to her nonexistence. This was done to everybody, anybody, the impersonalness augmenting her new nothingness.’ The ‘everybody, anybody’ is key to Mothercare. Part memoir, part manual, the personal account opens up to warn us all of the hardships of caring for a sick parent. Tillman, who’s known for her wildly inventive fiction, has never before written about her own experiences. Here, her ideas can turn and flare out to encompass contradictions, such as the book’s generosity towards the doctor who nearly kills her mother. The story starts one day at lunch when Tillman notices something off, something small, something hard to define. Her mother (rendered as ‘Mother’ throughout the book) is not herself. She’s ‘distant, hair dishevelled’, and on the street says something strange about a homeless man, that he is ‘waiting for someone’. Tillman reads this as her mother waiting for her dead husband, Tillman’s father. So, it begins, a death foretold. Calls circle between Tillman and her two sisters. Visits to the doctor spiral: diagnoses, misdiagnoses – the full complement of the medical complex.

Even as I know how the story will end, it grips me. I have been through this same tale with different details with my own mother and two sisters. (Hours in emergency rooms, arguing with doctors, organizing caregivers, trying to ignore the privilege in being able to afford caregivers and, then, not knowing that a parent is, as Tillman writes, ‘actively dying,’ because no one wants to tell you this. It’s as if this acknowledgement violates some medical dictate that life be prolonged at all costs­ – emphasis in the US on cost.) In Tillman’s hands, too, the idea of progress or narrative time is undermined. After all, what is progress to the dying person? The story loops and circles as if mimetic to how time dissolves for the sick, their family and caregivers. ‘For the paid professional caregivers time goes slowly, seems to stall, suspend. And time is what human beings have or don’t.’ I am always grateful for stories that undo narrative time, chronological time, bound as they are with notions of progress and capitalism.

The place where Tillman’s and Louis’s books dovetail is women as paid caregivers for the elderly. After Louis’s father endures a crippling factory injury, his mother is forced to ‘work as a home health aide, washing the elderly people in the village, a job that exhausted her and that she hated’. He continues to describe this kind of labour: ‘Being at the bottom of the social ladder […] working the most socially undesirable professions, jobs whose names immediately evoke suffering and poverty […] cleaning lady, cashier, trash collector, street sweeper.’

On the other side of that list are Tillman and her sisters. They hire such women and Tillman writes bravely about the impossible economics of care as women’s work and its enduring legacy tied to capitalism and colonialism: ‘The experience […] suggests material for a warped domestic novel. The home care attendants we employed were people of colour. In this country, white writers could compose this story, and hopefully reckon honestly with prejudice, class and cultural differences, and possible or actual exploitation of undocumented workers. It would be a harsh tale, and hard to write, and I may be writing it.’

Both books have excruciating moments. Louis’s mother calls him offering to clean his apartment – for money. The passage is punctuated by a pause, a breath. This woman, despite escaping this work she hated, remains trapped in her liberation because she still needs money. Then Louis switches to himself. He uses the scene as a quick transition to writing of his class ascension. I wish he’d stayed with her longer, with the discomfort and with the open question of her reasons. I can guess at many. Tillman describes the times caregivers steal and are fired, break trust, even as she acknowledges the iniquities that tie these women and her family together. For a while, she excuses one woman’s thefts but, near the end, after her mother’s death and time has passed, she reluctantly tells the woman's current employer about the stealing. The moment is stark and I needed inches of white space to insulate my shock. I’m not courageous enough to write my own version of this story. It would be a harsh tale, indeed. Maybe, as Tillman would say, all of ours are.

Main image: A Cake With Many Candles, from Lynne Tillman’s Mothercare, 2022. Courtesy: the author and Soft Skull Press 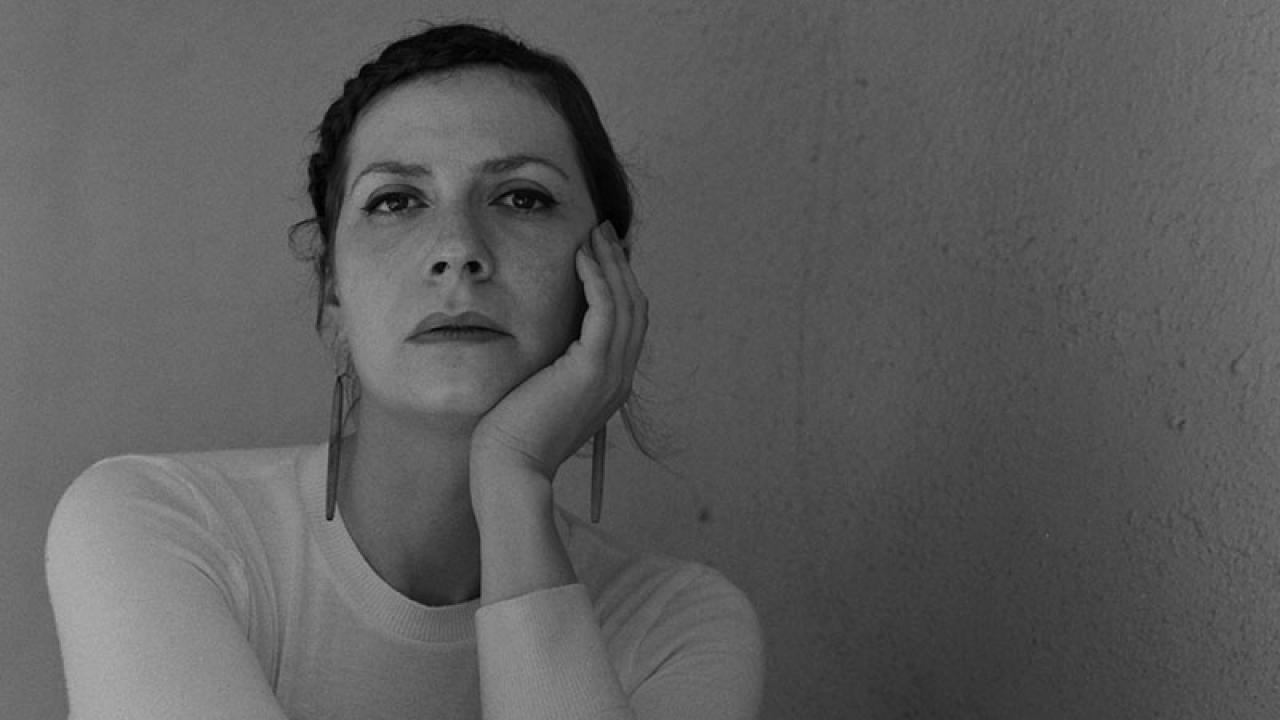