What Is an Apparatus? 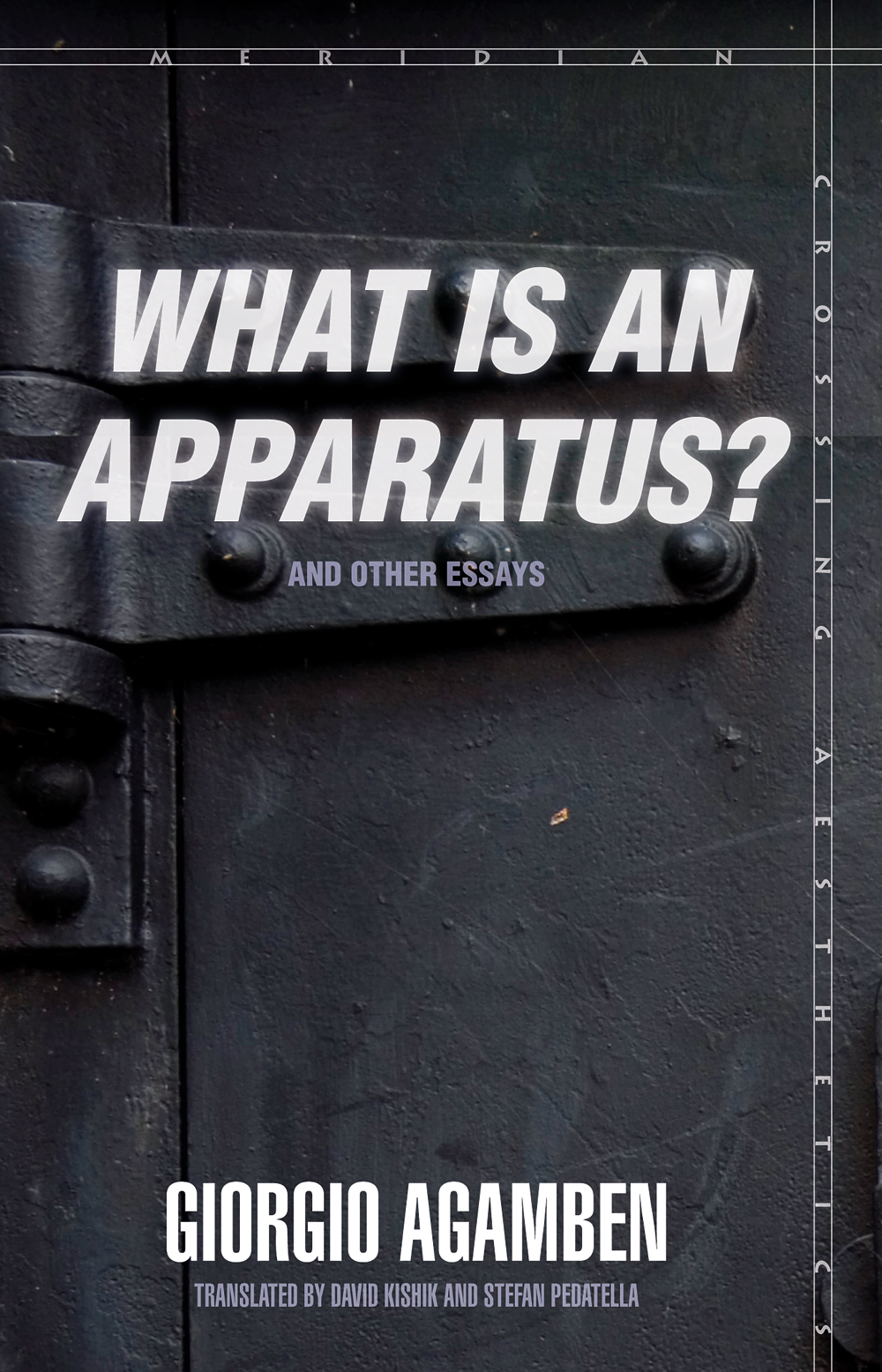 The Italian philosopher Giorgio Agamben often has recourse to a type of conceptual anachronism, a conscious appeal to archaic or obsolete ideas that in fact covertly determine the philosophical, aesthetic or political present. In the book for which he is best known, Homo Sacer (1995), he traces the logic of the Nazi death camps – and by extension the ‘biopolitical’ regime that prevails today – to certain founding notions in Roman jurisprudence: bare life and the state of exception. The three svelte essays in What Is an Apparatus? rely on a similar reanimation of ancient concepts. Though Agamben’s work is often at its most persuasive at essay length or even in the form of an enigmatic fragment, here the links do not always convince.

The title essay is the least enlightening. Its key term is borrowed from Michel Foucault, for whom dispositif (or ‘apparatus’) names an indeterminate array of actual and ideological machinery that surrounds and defines the human subject. Agamben’s archaeology of the concept is fascinating from a philological point of view – it derives, he says, from an early Christian idea of divine order or oikonomia (the Greek root of ‘economy’). But his subsequent deployment of it is strictly conventional. He claims that today our lives are almost wholly determined by an inhuman apparatus – its emblem, in a cranky aside, is the mobile phone – that we can neither destroy nor turn to radical advantage. Agamben’s urge to ‘profane’ this apparatus is a dispiritingly vague addition to the critique of technology mounted variously by Martin Heidegger, Michel Foucault and Jean Baudrillard.

The second essay, on the philosophical understanding of friendship, is considerably more nuanced and productive. ‘The Friend’ argues for a conception of politics as a heightened form of being-together: a relation based neither on what is shared – birth, law, place, taste – nor on appeals for recognition of the other, but on the constitutive experience of friendship itself. This apparently minor concept becomes in Agamben’s hands a means to overcome the present soft politics of democratic consensus.

But it’s the final essay, ‘What Is the Contemporary?’, that justifies this extremely modest (54-page) collection. Drawing on Friedrich Nietzsche’s theses in Untimely Meditations (1876) in favour of historical anachronism – usefully précised by Roland Barthes as ‘the contemporary is the untimely’ – Agamben contends that to be properly of one’s time means to acknowledge the element in the present that will always evade us. To be contemporary is to court ‘that relationship with time that adheres to it through a disjunction’, to embrace our own untimely irrelevance. This is not wholly original – the radical potential of anachrony is the basis of Walter Benjamin’s ‘Theses on the Philosophy of History’ (1940) – but it perfectly describes Agamben’s own thought at its most liberatingly obscure and archaic.