When Joanna Piotrowska Was Accused of Being a Spy, She Focused Her Lens on Roses

From mid-spring to autumn, garden roses bloom, repeatedly, in cycles. Depending on the climate, quality of soil and class of rose in question, this cycle will last six to eight weeks – grandifloras, floribundas and polyanthas move at different paces, as is their right as living things.

This story has taken three years to bloom.

In 2015, the Polish artist Joanna Piotrowska visited the region of Nagorno-Karabakh in the South Caucasus. Since the end of the Nagorno-Karabakh War, fought between Azerbaijan and Armenia from 1988 to 1994, the area has existed as a disputed territory. Internationally recognized as part of Azerbaijan, most of the land is governed by the Republic of Artsakh, an independent state with an Armenian ethnic majority.

Piotrowska’s destination was Agdam: a city all-but-obliterated in 1993, which now exists as a desolate buffer zone, off-limits to tourists. It was this silence that the artist sought: a landscape estranged from its settlers and reacquainted with the sovereign greenery that once ruled. Upon arrival, Piotrowska spent time with the few remaining inhabitants, one of whom, a man named Serzyk, displayed a curious level of interest in her visit and offered her his services as a guide. The group visited the memory of a mosque, a skeleton barracks and a grass-covered mound that conceals the ruins of a church. Serzyk said there must be a cemetery nearby, but didn’t know where: ‘Everything is now different.’

The following morning, Piotrowska’s driver sent word that he had to return to Armenia without hesitation; her assistant, visibly shaken, said that he, too, was unable to remain. It was at this point that Piotrowska was accused of being a Russian spy. Upon returning to her hotel, she was apprehended by three men who confiscated her passport and phone, sat her in an unmarked car and drove to a disused building. Speaking exclusively in Russian – and demanding Piotrowska follow suit – they questioned her intentions, the contents of her cameras and when she would leave Agdam. ‘Do you have children? Why don’t you have a husband? Are you Christian?’ One asked: ‘Are you happy?’ Another: ‘Why do you lie?’

After hours in confinement, Piotrowska was searched, photographed and driven back to the city, having been warned that her captors would return the next day. One kept his word and, following a second interrogation

in a locked hotel room, insisted Piotrowska leave and continue her work. After all, if her testimony was sincere, if her intention was to photograph, then that’s what she should do: photograph. She couldn’t. Not only did she feel estranged from her known world, she was wary of what might happen were she to shoot the wrong subject – the man whose company she had just left was tracking her from a nearby car. Feeling an immense pressure to prove her proclaimed status as an artist, she turned her attention to the one thing that she believed could not inspire fresh allegations of espionage: roses.

Rainer Maria Rilke, anthomaniac unto death, saw roses as distillations – supple filters through which all light (thus, life) passes and leaves its mark. ‘All that we feel,’ he wrote to his darlings, ‘you share.’ The following images, collected under the title The Black Garden (the most common translation of ‘Karabakh’) are not those that Piotrowksa shot in Agdam under duress: they were captured some 2,300 miles away, in her adopted home of London. But, in a sense, they are. These fresh roses contain the residue of a distant trauma that has seeped into the earth and pushed back through the topsoil. In this, The Black Garden acknowledges the manner in which we preserve ourselves in the objects around us, pollinating each with our own personal narratives – of distress or otherwise. How we interact with these personal reserves is up for debate, but interact we must because, like roses, such histories will continue to climb our trellises, blooming in regular cycles. The question is whether we view the fledgling corollas as returning ghosts or lush reminders that growth – and regrowth – is forever possible.

Harry Thorne is associate editor of frieze and lives in Berlin, Germany. 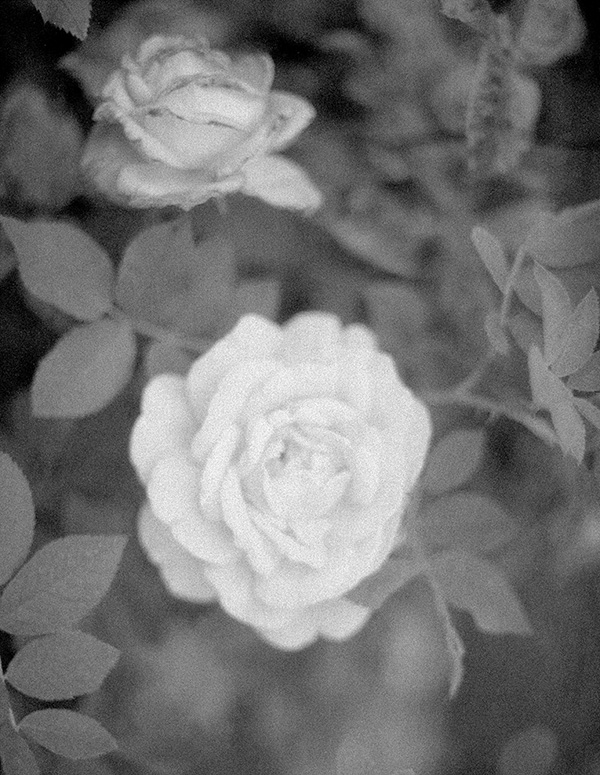 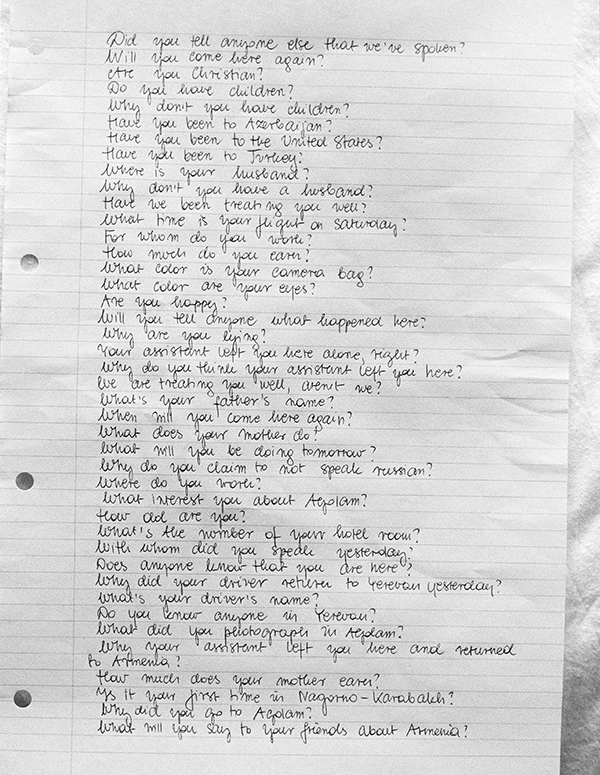 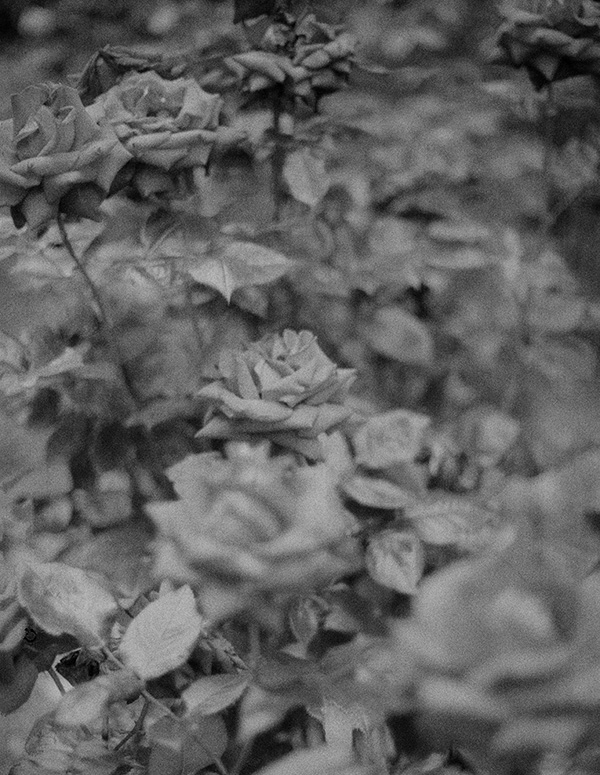 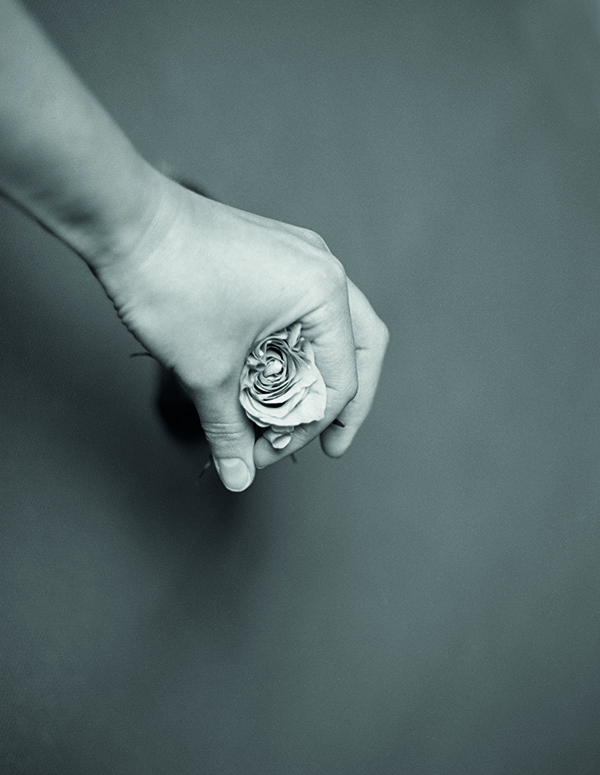 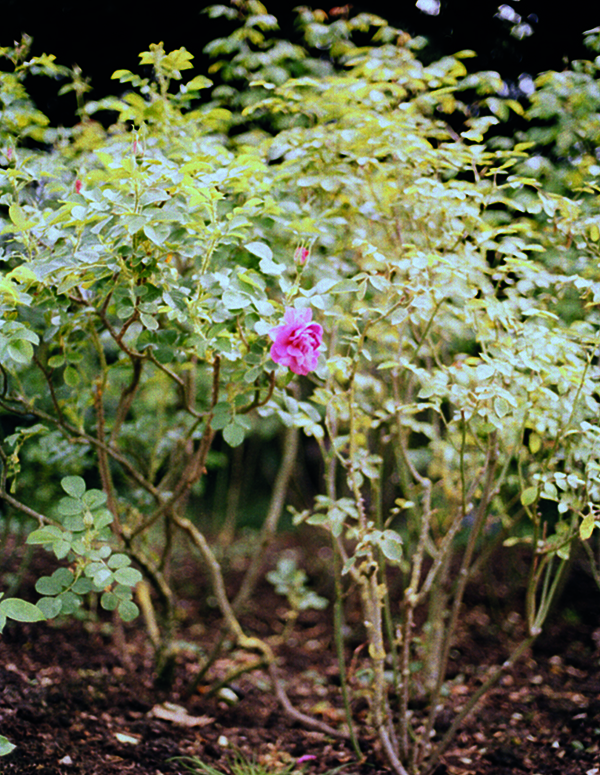 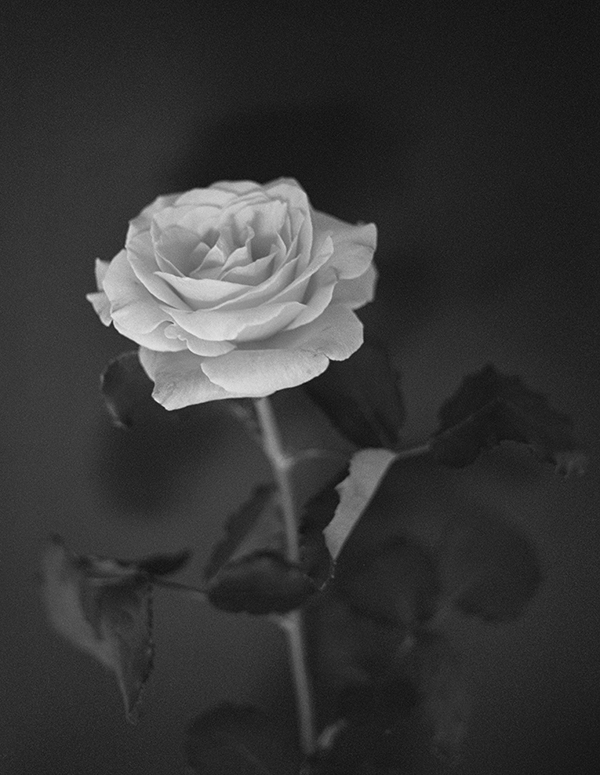 Joanna Piotrowska lives in London, UK. Her work is on view as part of the 10th Berlin Biennale, Germany, until 9 September. It will also be included in ‘SUPERSTITION’ at Museum Marres, Maastricht, the Netherlands, from 22 September to 25 November and ‘Structures of Meaning | Architectures of Perception’ at Gateway, Abu Dhabi, UAE, from 14 November to 26 January 2019.