Without Criteria / Prince of Networks 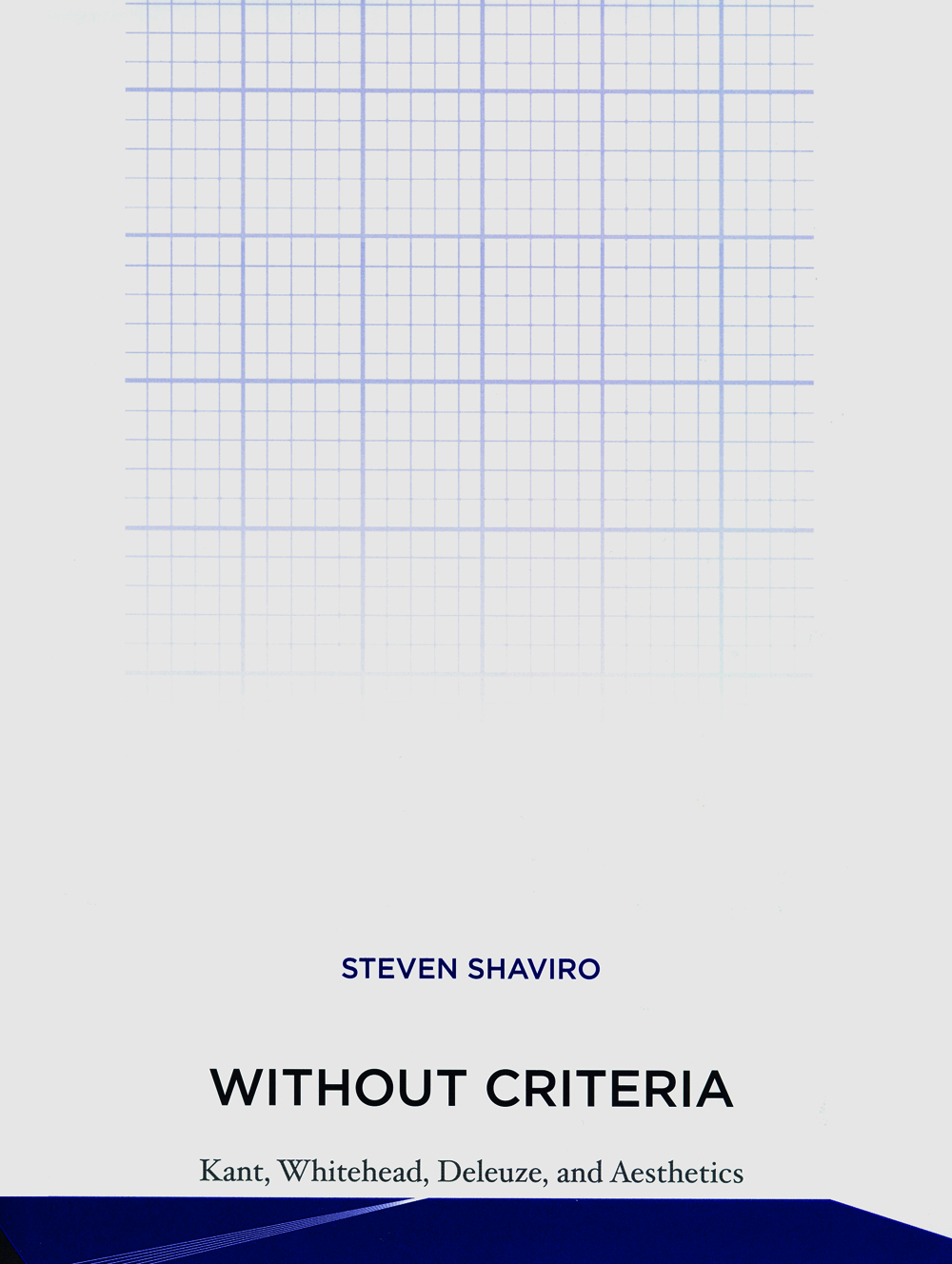 These are exciting times for philosophy. For a while now, there have been signs that the sterile face-off between Anglo-American analytic philosophy, which takes critical thinking as its method and science as its model, and continental philosophy, whose heroes, Martin Heidegger and Georg Wilhem Friedrich Hegel, are priestly advocates of intractable prose, is at last being surpassed.

Although they come to very different conclusions, philosopher Graham Harman and theorist Steven Shaviro are both part of this break-out. One of the many things that their two books share is a rejection of the idea – held in different ways by both analytic and continental philosophy – of an unbridgeable split between humans and the rest of the cosmos. Both Harman and Shaviro seek to escape from what Harman calls a ‘draughty human castle, from which all non-human objects are banished under penalty of being reduced to images'.

Shaviro’s book begins with a ‘philosophical fantasy’ of a ‘world in which Whitehead takes the place of Heidegger’. The British mathematician, logician and philosopher Alfred North Whitehead did not share Heidegger’s key question, ‘Why is there something rather than nothing?’ but instead asked, ‘How is it that there is also something new?’ In the new philosophical world that Shaviro imagines, Immanuel Kant figures as an antagonistic antecedent of Whitehead, while Gilles Deleuze becomes his most illustrious successor. Whitehead controversially rated beauty above truth, and some of the most provocative and valuable passages of Without Criteria are those in which Shaviro attempts to rehabilitate the concept of beauty, which has long been considered the poor relation of the Sublime.

For Whitehead, Shaviro argues, there were subjects everywhere: the ‘subject may be human, but it also may be a dog, a tree, a mushroom, a grain of sand’. This kind of list also recurs frequently in Harman’s book, although not as subjects but objects. Bruno Latour’s ‘actor-network theory’ provides Harman with a route out of the cul-de-sac of continental theory. Instead of a solitary human being confronting an indifferent and unknowable world, Latour describes an infinity of ‘actors’, many of them nonhuman, some working together, some working against one other. In Latour’s The Pasteurization Of France (1988), for instance, ‘Pasteur’s motley allies include mighty politicians who grant him funding, pieces of glassy or metallic equipment, and even bacilli themselves.’

There is no better explicator of philosophers than Harman; after reading him, you find yourself eager to plunge into metaphysical speculations that previously might have seemed forbiddingly abstruse. But Prince of Networks is no mere secondary text, it is the most effective vehicle yet for articulating the ‘object-oriented philosophy’ Harman has been developing in dialogue with other ‘speculative realist’ thinkers such as Quentin Meillassoux and Ray Brassier. In their different ways, Shaviro and the speculative realists show that there are now philosophers who can be lucid without sacrificing literary style for dreary plain-speaking prose, and who can take science seriously without making philosophy its servant.