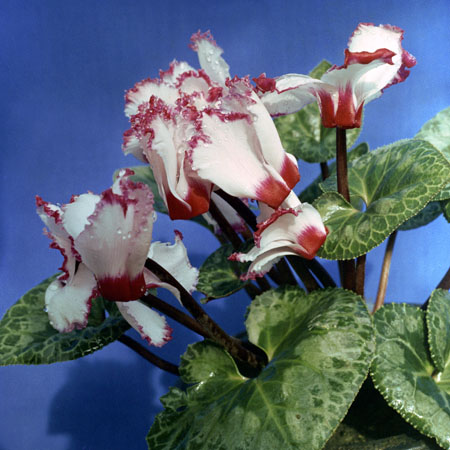 Guy Ullens’ recent decision to sell his collection of contemporary Chinese art and to divest himself of the Ullens Center for Contemporary Art, which he opened in 2008, reflects the lack of any kind of continuity in this country. In China everything moves at a breakneck speed, from urban gentrification to inflation; the mindset of the government has created a society that is subject to irregularity, instability and the will of a single power.

The political atmosphere is also evident in the art scene. Founded in 2003, Taikang Space has gradually built up its collection of Chinese art from 1942 to the present, exploring the role of photography as a propaganda tool, historical document and art. The gallery’s series of four photography exhibitions devoted to Wu Yinxian is a research-based project of significant value: it reveals Wu’s complex relationship to the political, social and cultural contexts of his time.

Born in 1900, Wu trained as a painter in Shanghai before discovering photography. For the next 75 years he worked as a filmmaker and photographer; he died in 1994. His biography sums up his multiple talents and close affiliation to the Communist Party. He was the stills photographer for China’s first documentary film, Yan’an and the Eighth Route Army (1938); the author of Common Sense in Photography (1939), the first textbook for the training of government officials during the revolutionary period; the director of the first documentary on the Congress of National Representatives of the Chinese Communist Party; and one of the founders of both the Dongbei Film Company (the first film company in China post-1949) and the Beijing Film Academy (the country’s first film academy).

Nonetheless, there has been little real analysis of Wu’s relevance as an artist, as this aspect of his work has been overshadowed by his relationship to politics. Taikang Space hopes to re-balance this, with four consecutive exhibitions over the course of three years. The first of these opened in November 2009 and featured ‘Beijing Hotel’ (1975) and ‘The Great Hall of the People’ (1981–3), two series Wu created towards the end of the Cultural Revolution and early 1980s, respectively. They focus on the detailed interiors of the buildings synonymous with state power, as well as depicting the formal details of socialist-style constructions. The most recent show, which closed in late December, was Wu’s second retrospective, ‘Genuine Colors & Images. All Sorts of Flowers Are in Bloom’.

On the top floor of the gallery was displayed the colour series ‘All Sorts of Flowers Are in Bloom’ (1977). Comprising dazzling close-ups, it was shot at the end of the Cultural Revolution at the invitation of a film company to test their new product. At the time, however, it was considered controversial: the suffocating political climate only allowed photographs to be black and white. Wu was critical of Mao’s declaration at the beginning of the Cultural Revolution that ‘all sorts of flowers are in bloom’, which was his way of encouraging his officials to air their differences. The truth of the matter was that it was a ploy to uncover dissent and to suppress any opposition to his policies.

On the ground floor of the gallery was a selection of photographs of scenes from everyday life, from school children to workers and peasants, which Wu used to illustrate his training manuals. A selection of his writings – instructions on how to take photographs that would best express the Communist Party’s ideologies – was printed directly on the walls. Like the first exhibition, Wu’s second retrospective unflinchingly presented this major artist’s work in its political context but without sacrificing a celebration of the work’s visual and artistic intensity.