‘The Ultimate Other’: Art Against a Rising Wave of Anti-Asian Hate

in Videos | 05 MAY 22
Join Frieze Become a member to watch this video and gain unlimited access to frieze.com

Early in 2022 Q/ (@qcualityd) launched emerging artist YAMAN’s work 陸奥の安達原の⿊塚に ⻤籠もれりと⾔うはまことか (UN)KEEPALL (1.0: 1.0, 1.0, 1.0, 1.0) 1.0 (2022) on Frieze channels. A new short film, The Ultimate Other  follows the project: from its genesis in the inspiration YAMAN’s drew from images of the other in Japanese folklore, through its unfolding across multiple locations during the first two years of the COVID-19 pandemic, to its relationship to the wave of anti-Asian hate which arose during this period.

Woven throughout is the figure of Oni, a being from Japanese folklore associated with calamity such as plague. As both the bringer of plague, and the one who is prayed to in the hope of deliverance from it, YAMAN considers Oni in the context of the COVID-19 pandemic as a contradictory figure, utterly shrouded in distortion, and yet persistently: ‘a consistent loser, the ultimate Other’, in the artist’s words. A range of archival imagery throughout the film reflects the way Asian people have been caricatured and demonized across history, while select voices from the Asian diaspora – gallerist Kibum Kim, model Fernanda Ly, and actress Tao Okamoto – reflect on minority ethnic experience in the wake of the pandemic, and how cultural representations feed into anti-Asian hate.

Following their collaboration with Frieze on the commission of artist P. Staff’s film Pure Means (2021), YAMAN’s project is the second work supported by Q/, an artistic platform founded in 2020 in response to global events. The project unfolded under pandemic conditions across multiple moments, at locations connected with themes of visibility, representation and cultural transmission.

In February 2021, during Japan’s state of emergency, a physical installation in Kyoto’s venerable Hiunkaku, Nishi Hongwanji Temple took place and was filmed; the ensuing footage was screened on billboards at the famous Shibuya Crossing in Tokyo the next month. Footage from each screening was incorporated into that screened at the next event, forming a loop of exhibition, repetition, reflection and distortion, which continued into May 2021, under lockdown, with a screening at the Théâtre Édouard VII, Paris, and July 2021, when the footage projects onto the exteriors of two Californian locations connected with the film Kill Bill : Vol 1 (2003) — selected because of the film’s dialogue between Asian and American cultural traditions. Each moment became part of the video that was launched on Frieze channels in January 2022. During Frieze Week Los Angeles (14th—20th February, 2022), (UN)KEEPALL (1.0: 1.0, 1.0, 1.0, 1.0) 1.0 had a premiere at the Chateau Marmont hotel, and a rooftop public screening in the city’s Downtown. 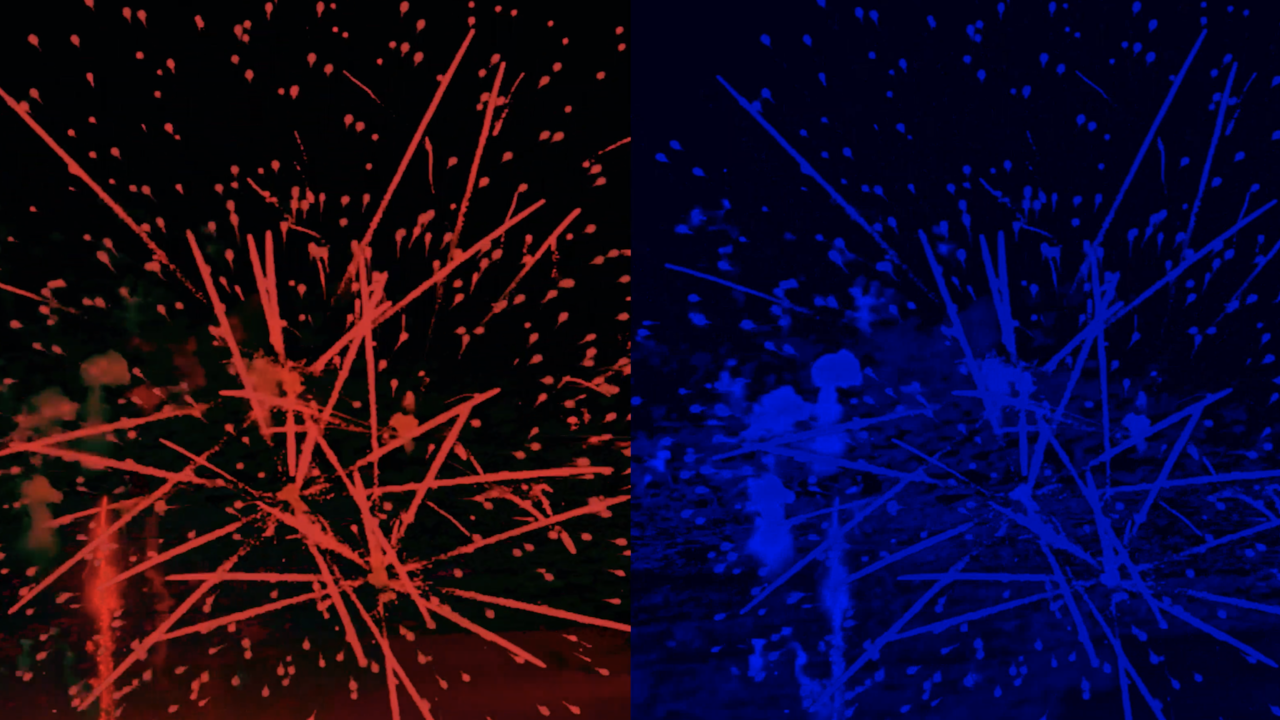