The contemporary economy, in which both money and labour are undergoing gradual dematerialization, relies more and more on the circulation and transformation of energy into and out of form. In the 21st century, social capital – the aggregated value of which can be algorithmically calculated – has begun to play a far more significant role than financial capital. Consequently, social energies have, to some extent, become part of the energy market: just as coal, oil and gas are extracted from the natural world, today, social energies are being mined and precisely quantified by algorithms. The value of ‘people power’ can be precisely quantified using social physics and quantitative analysis. The contemporary global economy is based on flows and conversions of energy into information into capital.

In 2017, a social experiment called Place was performed on the Reddit social media platform. The experiment – a fictional virtual online territory – involved an online canvas of one million pixels. Registered users could edit the canvas by changing the colour of a single pixel from a 16-colour palette. Over one million users around the world edited the canvas. What emerged from these spontaneous collaborations were fictional characters, internet memes, patriotic flags and re-creations of famous artworks. Several ‘cults’ were also formed, usually associated with emblematic features. The most interesting form was named ‘the black void’ and resembled a collective Rorschach test.

In 2016, a similar experiment, Please Take Care of My Plant, was also developed on Reddit, by user tylerjaywood. An interactive, remote-control set-up was designed to take care of a houseplant. However, instead of automating the system, tylerjaywood left it up to others to decide whether his plant would be watered or not. Anyone can decide the plant’s fate by voting on the Reddit platform whether it should be watered on any given day. At the end of each day, the votes are counted. Based on the outcome, the system proceeds to either water the plant or deny it of sustenance. A webcam stream allows for watching the plant’s wellbeing in real time. The plant becomes a collective Tamagotchi pet we can not only watch, but also take care of and interact with, collectively.

Western culture assumes individualized intelligence located in each of our brains. Contemporary scientists, however, have proven that intelligence is always distributed. ‘Superorganisms’ – such as the slime mould, bacterial colonies, termite colonies or revolutionary movements – display diversified personality traits as ‘collective persons’. Cognitive scientists talk about ‘distributed cognition’, by which the mind is extended into the external world, while anthropologists indicate that fields such as complexity science or microbiome studies powerfully undermine the anthropomorphic characterization of AI as a singular entity. Simple brainless microbes, living in countless multitudes, routinely cooperate and coordinate their activities. Such coordination requires a process of collective decision-making. Scientists have also observed synchronization in the blinking of fireflies, the howling of wolves and the chirping of thousands of crickets.

Digital culture has accelerated the production of memes – the emergent phenomena of the collective intelligence of human culture. Memes are works without authors. They resemble the monuments of human creativity, such as the Bible and various cultural mythologies, which were created collectively and anonymously. Memes, especially internet memes, behave like living organisms or viruses; they circulate and mutate within culture at a historically unprecedented rate and scale. Contemporary production is based on crowd creativity and circulation. Unfortunately, the data generated through fun and seemingly spontaneous online interactions are being mined and exploited for profit. Corporations such as Facebook, Amazon and Google use algorithms to capture and quantify our social energies and sell that data to advertising firms. Human enthusiasm, joy, anger and aggression are harvested and monetized. Private corporations use behavioural forecasting to predict and value our future decisions, movements and habits. Our unremunerated online interactions have even generated a neologism: ‘playbour’, a portmanteau of ‘play’ and ‘labour’. In this way, social participation has become the oil of the digital economy.

Like other forms of affective or immaterial labour, playbour is not productive in the sense of resulting in a product, but it does produce an exchange value. In contemporary society, everyone becomes a worker. All people using social media, no matter their income level, work on the invisible conveyor belt of online exploitation. Our interactions are a dispersed social factory. An example of this monetization of social capital is the recent sale of the personal data of 50 million Facebook users to Cambridge Analytica for political propaganda purposes.

Over the past 20 years, ideas drawn from physics have informed our understanding of the nonlinear and hitherto unpredictable behaviour of societies.

In his book Critical Mass (2006), the science writer Philip Ball argues that mathematical and statistical physics has attained such sophistication that its insights into the behaviour of particles of matter can be transferred to the mass behaviour of human beings. The interplay of individual citizens’ choices is a complex system with collective results that bear no close relation to their original intent. Ball argues that the main message of physics for the social sciences is that we cannot reach conclusions about group behaviour simply by observing single individuals. Societies choose their leaders, habits, norms, fashions and problems owing to a large critical mass of interdependent micro-decisions.

Many contemporary theorists indicate the major influence that the principle of conservation of energy in physics had on the history of economics, especially with regard to the theory of value. Precisely the same conservation laws are present in both classical thermodynamics and neoclassical economics. Physics understands energy as a substance in motion, which can be converted in form but not created or destroyed. According to Philip Mirowski, the only way to fully comprehend value theory in economics is to situate it within ‘the metaphorical simplex’ of energy, motion, body and value.

The conviction that there is a literal identity between the physical concept of energy and the economic concept of value has a long history, dating back to the 1860s. In the 1880s, the Ukrainian socialist Sergei Podolinsky, one of the founders of energetics, tried to convince Karl Marx and Friedrich Engels that energy was a more accurate value principle than embodied labour. The notion of value is to economy what energy is to mechanics. From the 17th to the mid-19th century, Western economic thought was dominated by an effort to reduce economic value to a conserved substance in motion, created and augmented in production. However, Marx sharply differentiated this substance from money, which could be dispensed with in future modes of production. For Marx, labour is similar to the motive force of a waterfall, or the infinite energy of the sun, in that it is a pre-existing force external to capital.

Recently, it has become possible to convert information into free energy. In a series of experimental demonstrations performed in 2010 at Chuo University in Tokyo, a group of scientists led by Shoichi Toyabe converted information into energy without violating the law of thermodynamics. This enabled them to verify the new fundamental principle of ‘information-heat engine’, which converts information to free energy by feedback control. Meanwhile, electrical energy is the only thing required to produce value at unmanned Bitcoin farms, which are often powered by water dams and wind farms, harnessing nature to produce capital.

Since social energies can be quantified and monetized, we could perhaps hypothesize the harvesting and conversion of social energy into electrical energy, in turn allowing for the conversion of social capital into financial capital. At this critical moment in contemporary geopolitics, everything seems to boil down to the manipulations of collective social energies, both positive and negative. Energy turns into information, and information into capital. In the near future, most global capital might be generated through energetic conversions.

Agnieszka Kurant is an artist based in New York. Her exhibitions include a commission for the Guggenheim Museum (2015) and a solo show at the Sculpture Center (2014). In 2019 her work will be featured in Milano Triennial, the Istanbul Biennale and at the De Young Museum. 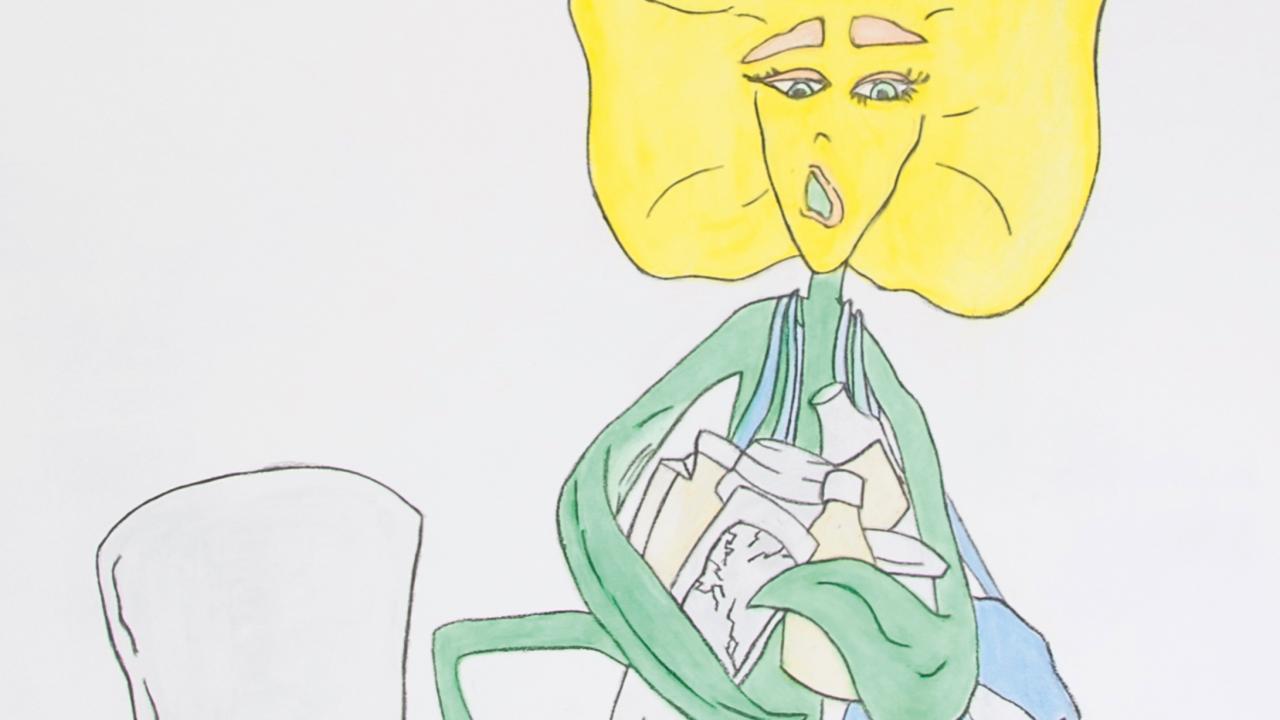