Besides, With, Against and Yet

‘Besides, With, Against and Yet: Abstraction and The Ready-Made Gesture’, the title that curator Debra Singer chose for her survey of contemporary New York-based abstract painters, evokes a lot of the anxiety that has troubled painting over the past 40 years – an attitude of ‘I can’t go on, I’ll go on.’ But the title might just as easily describe the secondary, or attending, role that some painting has recently taken up in relation to other media. We see it in the quality of incompleteness in some paintings by Jutta Koether, Cheyney Thompson and Kelley Walker, all of whom were in the show. It’s not a state of being ‘unfinished’, in the Modernist sense, so much as a quality born of the paintings’ integration into larger installations. It’s as if artists were anxious to take the weight off painting. However, Singer had nothing but painting in her show at The Kitchen: 25 works by 22 young-ish painters. Some looked good under the glare: Blake Rayne delivered a dazzling patchwork of spectral colour in Untitled (2009); the cartoon explosion in Jacqueline Humphries’ Untitled (2009) suggested that someone had punched through a surface of silver foil to reveal a verdant green jungle; meanwhile, Charline von Heyl’s open field of pink and white stripes gave way to a kind of tear down the centre of the picture, from which showed through a glove-like form that seemed almost photographic in its suggestion of volume.

It is around a century since the birth of abstraction, and its continued survival seems somehow surprising. It draws both artists and critics: Bob Nickas recently penned a volume on it (Painting Abstraction: New Elements in Abstract Painting, 2009) which, like Singer, emphasizes the importance for recent painters of the so-called ready-made gesture – an attitude to form which acknowledges that, even if paint is applied by the hand of the artist, it can never be wholly self-expressive; it will always be a sign borrowed from elsewhere. It would seem fair to recognize this attitude: expressive abstraction – in which the artist was once thought to find the motif in the painting, in a process that was also a search – has been beyond the pale since Julian Schnabel’s reputation waned. Those who still practice it tend to do so on delimited terms: for example, Jonathan Meese’s dialogue with German Expressionism, or Cecily Brown’s with De Kooning. Thus it made sense for Singer’s show to open with a work such as Davis Rhodes’ Red 1, W125th Street, Feb 3rd–7th, 2007 (2007), which contains nothing, on its white ground, but for one long, very deliberately, perhaps mechanically applied stroke of red paint. If Red 1 ... seems like a replay of Roy Lichtenstein’s Pop mockeries of expressive abstraction, in works such as Big Painting (1965), it’s significant that Rhodes’ picture doesn’t need the Pop mood to make its point about the structuring of painting’s language – today it’s just a given.

The fact that this understanding of painterly form is now widespread was one of the few conclusions to take from Singer’s show, in which the ready-made gesture was shown to have become just a part of so many different enquiries. For Polly Apfelbaum – represented here by Bones (2000), a series of bolts of synthetic velvet, dyed in rich pools – it is part of her larger strategy to avoid the masculine rhetoric of Modernist abstraction. For Cheney Thompson – whose 2009 series ‘Chronochrome’ is made up of paintings containing tiny, splodgy motifs, generated from digital reprocessings of details from the pictures’ linen supports – the ready-made gesture puts him in conversation with a conceptual formalism akin to that of Niele Toroni or Simon Hantaï. But for all these artists, that gesture (or device, or attitude) is just a part of the toolkit; if there were ever a time when it was central to painting, it was in the 1950s, with Jasper Johns, who took De Kooning’s self-expressive wrist-flick, slowed it to a standstill and petrified it in encaustic. The only picture reminiscent of that in Singer’s show was Seth Price’s Sexy Road (2009), in which a knotted rope appears to have been dropped on the canvas and stuck down in a pool of white paint – a gesture straight from the Duchampian–Cagean tradition of chance events. But one didn’t feel that Price was advancing a manifesto, and on the fringes of the show there were also works like those by Richard Aldrich, such as the flat pyramid of uneven rectangles in Untitled (2008), which seem to be merely a species of an old post-painterly abstraction, rather than a new, ready-made one. If the ready-made gesture matters now, it is rather in the way Cubism did to generations of painters between Picasso and Georges Braque, and Jackson Pollock: if we were once post-Cubist, now we’re all post-Pop. 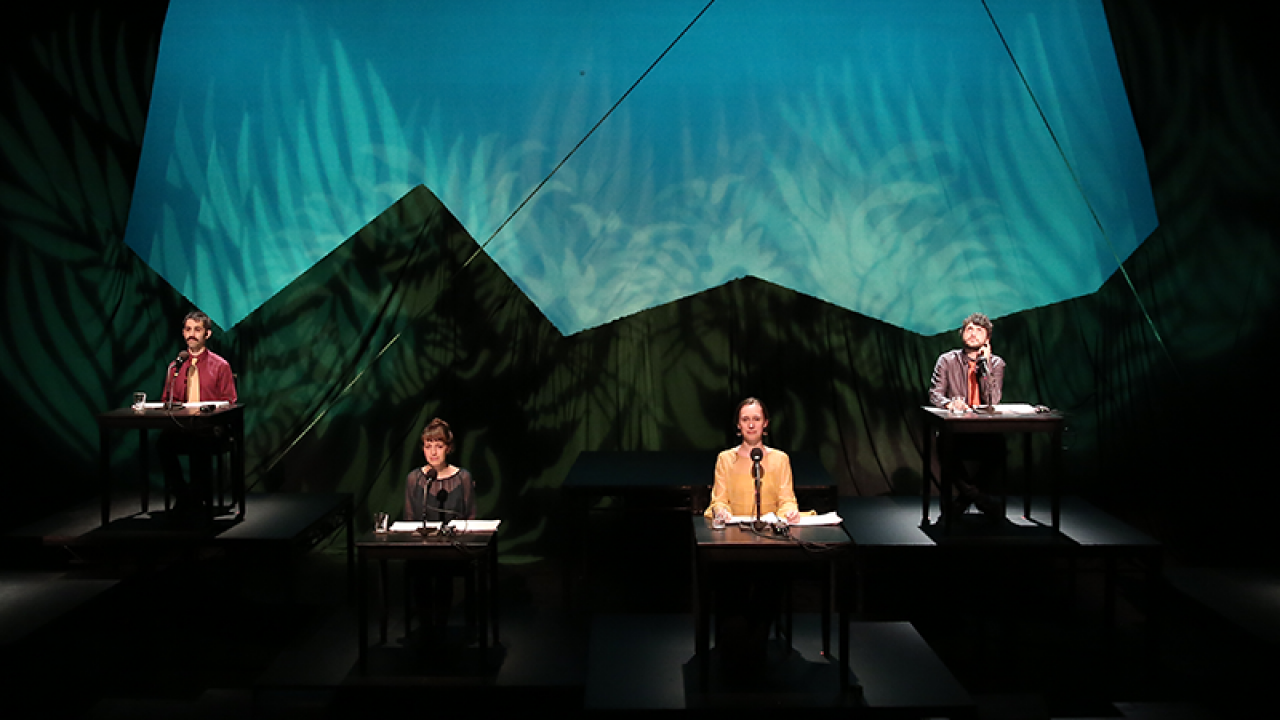 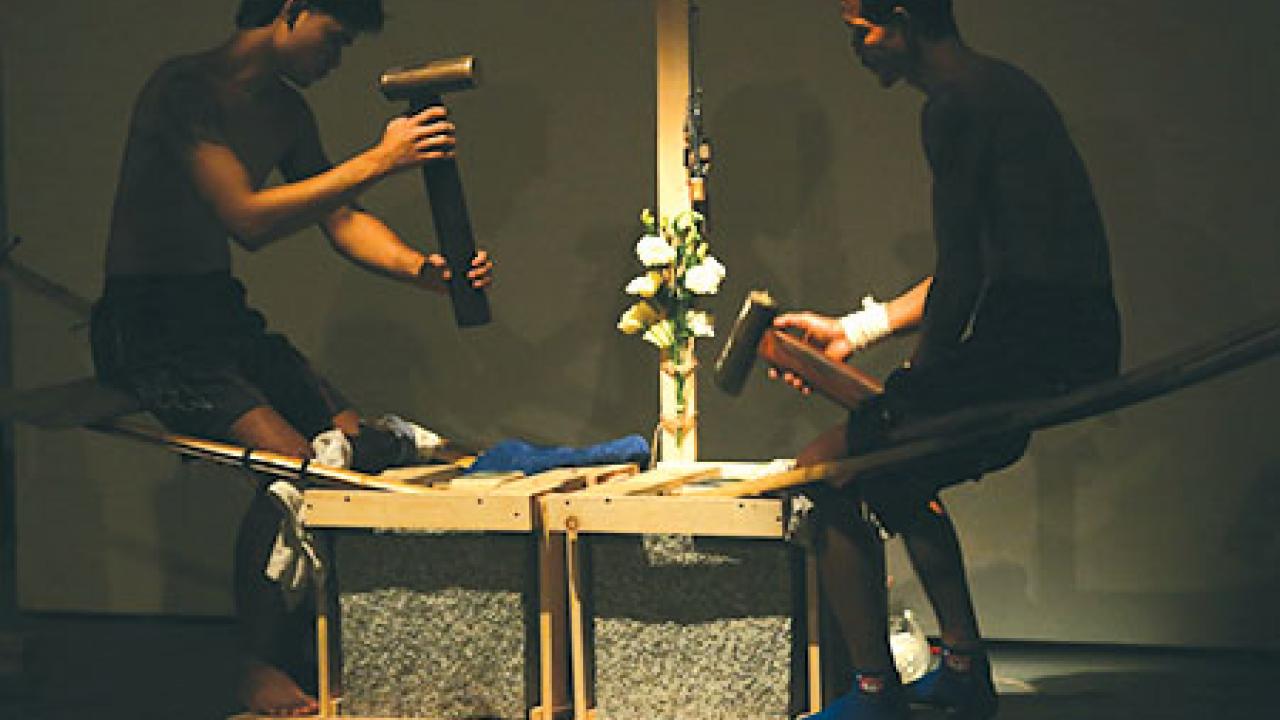 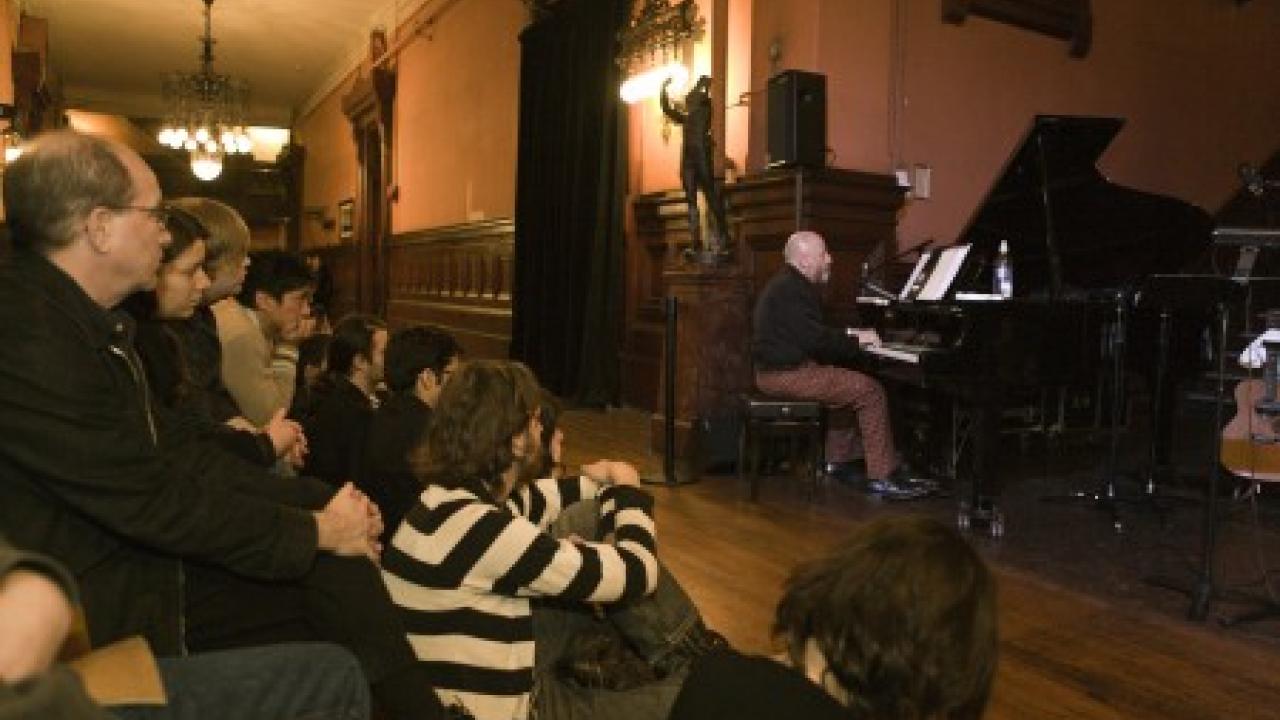