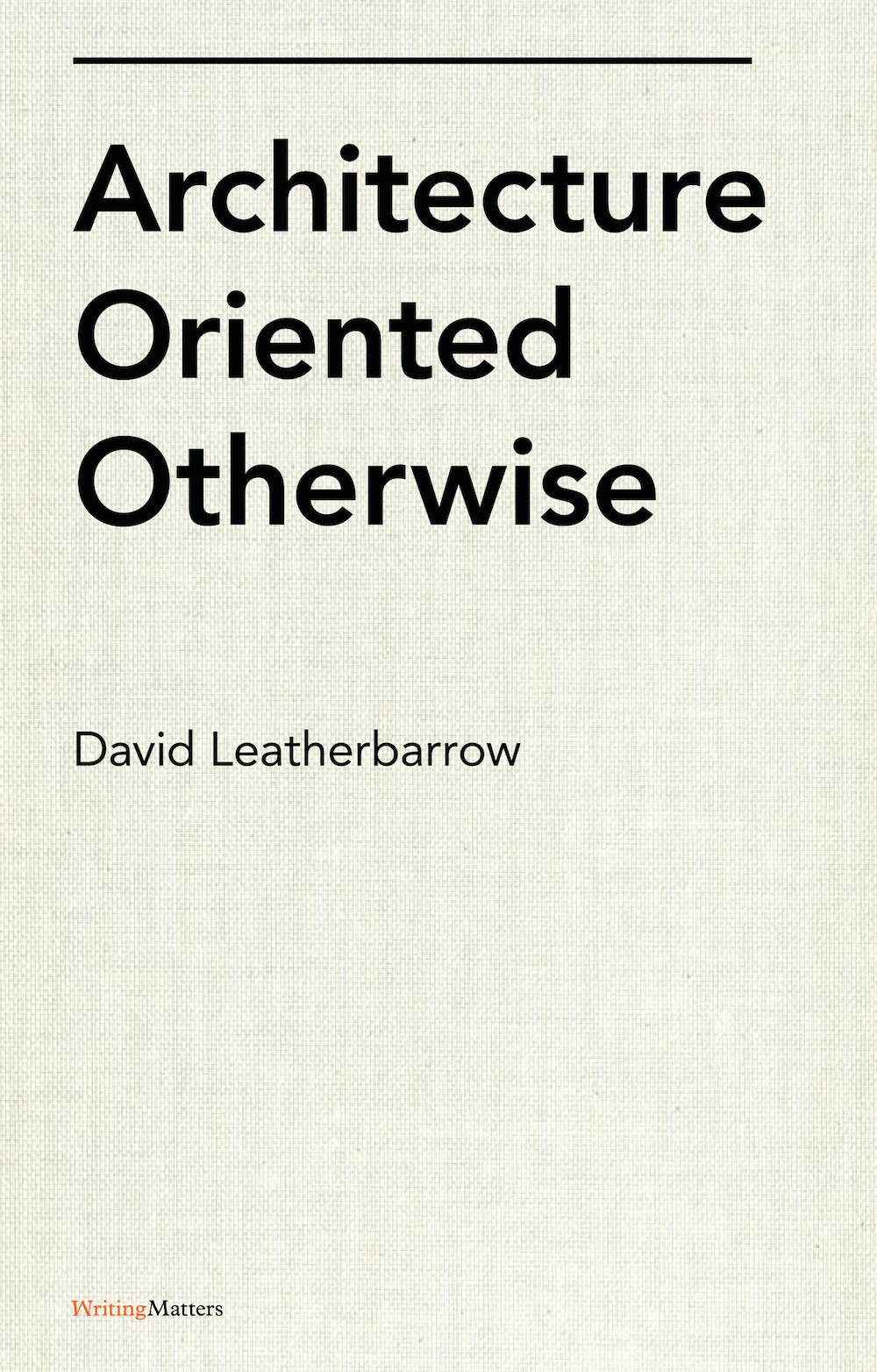 Let it be hereby known: ‘the most pressing task in our time is the description of the ways that better buildings have been oriented or inclined beyond themselves – which is to say, otherwise.’ David Leatherbarrow may not in fact rouse us to take up arms with his modestly combative polemic, but some may be stunned to attention at how he has managed to produce a volume of architectural theory that is actually exquisitely readable.

Leatherbarrow is professor of architecture at the University of Pennsylvania, and essentially his beef is that our perspective on buildings too often privileges the architects’ intentions over the users’ experience; we see them as pure design, as discrete images or functional solutions, rather than as structures hostage to the vagaries of everyday life, open to context and changing usage. There is a lingering residue of modern functionalism in contemporary architecture, he believes, and it has encouraged the misconception that while ‘architectural design leads to artistic works […] building construction results in shelters that actually work.’ Art and life are never so divisible. Leatherbarrow is for reuniting art and functionality, and that leads him to some interesting biases: he’s for a quiet architecture that is more accommodating to everyday life – hence he’s a devotee of Adolf Loos, Louis Kahn and Tadao Ando. And he’s with Peter Zumthor in opposing the ‘garrulous’ architecture of those – Frank Gehry? Daniel Libeskind? Leatherbarrow is too polite to name names – who would have their buildings thunder at us.

Rather than explore individual buildings that meet his criteria, the author seizes on details. He examines a sequence of fins that regulate light and air – the ‘breathing wall’ – in Henry Klumb’s Church of San Martín de Porres (1950), Cataño, Puerto Rico. This leads him on to thoughts on Le Corbusier’s brise-soleil and other modern means of glazing and shading. He puts forward an aesthetic of roughness which starts out with the theory of the picturesque and takes in Frank Lloyd Wright’s Fallingwater house in Pennsylvania (1934–7). He also praises Jean Nouvel’s glazing, and Loos’ attitude to materials (spartan on the outside, splendid on the inside). And along the way he worries about proponents of ‘big’ architecture, like Rem Koolhaas, who would seek to swallow and replace the exisiting city.

All this Leatherbarrow draws together with a light touch, often linking thoughts with ideas pilfered from outside his field, and lighting up his digressions with wise saws: ‘Time does not pass in architecture,’ he says, whilst considering roughness and materials, ‘it accumulates’. And elsewhere: ‘We don’t enter rooms, rooms happen to us.’ Pearls like this are enough to keep you going long after you’ve forgotten why the rest of it was the ‘most pressing task in our time’.