The Best Exhibitions in Chicago This Weekend

LaToya Ruby Frazier’s haunting photographs of autoworkers in Lordstown, Ohio – composed of spectral, shadowy greys – put a human face on late capitalism. The small town’s engine was a GM plant that produced the Chevy Cruze, and despite the company’s promise to continue manufacturing that car until 2021, the factory has been ‘unallocated’, excised from GM and left in uncertainty. Frazier’s images, set against a backdrop of tense union negotiations, are pathos-laden portraits of the workers marginalized by their factory town’s precarious dependency on its multinational patron.

Jeffrey Gibson, ‘Can You Feel It’
Kavi Gupta
20 September – 14 December

Jeffrey Gibson’s first solo show at Kavi Gupta premieres a new suite of never-before-seen works. The artist continues to blend traditional Native American forms (Gibson is a member of the Choctaw and Cherokee nations) with motifs from punk and rave subcultures, such as digitally printed fabrics rendered in a screaming palette that demands the viewer’s attention. His paintings are presented alongside quilted works, which are a new medium for the artist, and sculptures built from Everlast punching bags. These dangling icons of American sport are emblematic of Gibson’s commitment to cultures of resistance.

The first large-scale curatorial project by photographer and writer Teju Cole assembles contemporary and historical images from the museum’s collection, composing a ‘tone poem’ of despair and hope. Arresting images of empty roads and the human body lodge themselves in the eyes and brain: the alligator jaw-like lines of a jockstrap and an erection echoing a pistol, people prostrate beneath trees and in front of televisions; heads in a salon basin, on the silk of a casket, on the cold slab of a morgue, on cement wreathed with blood. Cole’s vision is cosmic in scope, if quotidian in the details. Spotting the constellation requires effort, but with each photograph a star in its own right, it’s worth the time it takes to see.

Samson Young, ‘Silver Moon or Golden Star, Which Will You Buy of Me?’
Smart Museum of Art
18 September – 29 December

Samson Young’s music videos offer a beguiling array of juxtapositions. Glitchy beats and fractured visuals, something like an angel-dusted mix of house and noise; vocal oddities, pop-oriented production and figures cavorting with food; video footage and an appearance from a student choir. All this, projected in discrete black-box installations, adds up to a dizzying exploration of ‘utopia’ and ‘progress’ as they intersect with consumerism and capitalism.

A member of the storied Hairy Who collective, Gladys Nilsson has been painting delightfully distorted human figures in outré colour since the 1960s. The works on display at Rhona Hoffman take classic forms and turn them catawampus. Luxurious backdrops play host to ebullient bodies with limbs like piping bags. Combined with a palette reminiscent of an acid trip, the works are both abstracted and whimsical, a fine reminder of how dynamic this Imagist remains today.

David Antonio Cruz, ‘One Day I'll Turn the Corner and I'll Be Ready for It’
Monique Meloche Gallery
7 September – 26 October

David Antonio Cruz’s crushingly beautiful exhibition draws on the stories and images of queer and trans people of colour who have suffered abuse related to their identity, transforming images from the internet and social media into elegant portraits that emphasize his subjects’ humanity. Borrowing from the canon of the accepted and the aspirational – the classical poses of old masters; the haughty, luxe rightness of fashion editorials – Cruz imbues his subjects with dignity and power. Echoing the importance colour plays in their lives – in all our lives – the artist works in a coded palette, ensuring everything within the frame, down to the plant life of his subjects’ homes, speaks of and about them.

To call this show Adrian Wong’s alone would be inaccurate, as his collaborators deserve due credit: the animals, most notably his pet rabbits, that offered up their dream journals, architectural designs and experience of the afterlife (through mediums and animal communicators) to this playful and swoon-inducing exhibition. Highlights include a modernist rabbit hutch, fabricated by the same people who built Tiffany’s display cases, and a cat condo to match the massive buildings going up all over Secrist’s West Loop neighbourhood. More contemplative is an installation inspired by a mediated conversation with Wong’s late pet bunny from the Beyond – which includes a crocheted pillow and violet light – and the ruminations of a triceratops’s skull through 65 million years of reincarnations.

B
B. DAVID ZARLEY

B. David Zarley is a freelance journalist, art/book critic and essayist based in Chicago.

Frieze Week
Gladys Nilsson: ‘The Older I Get, the Bigger I Want These Women to Be!’ 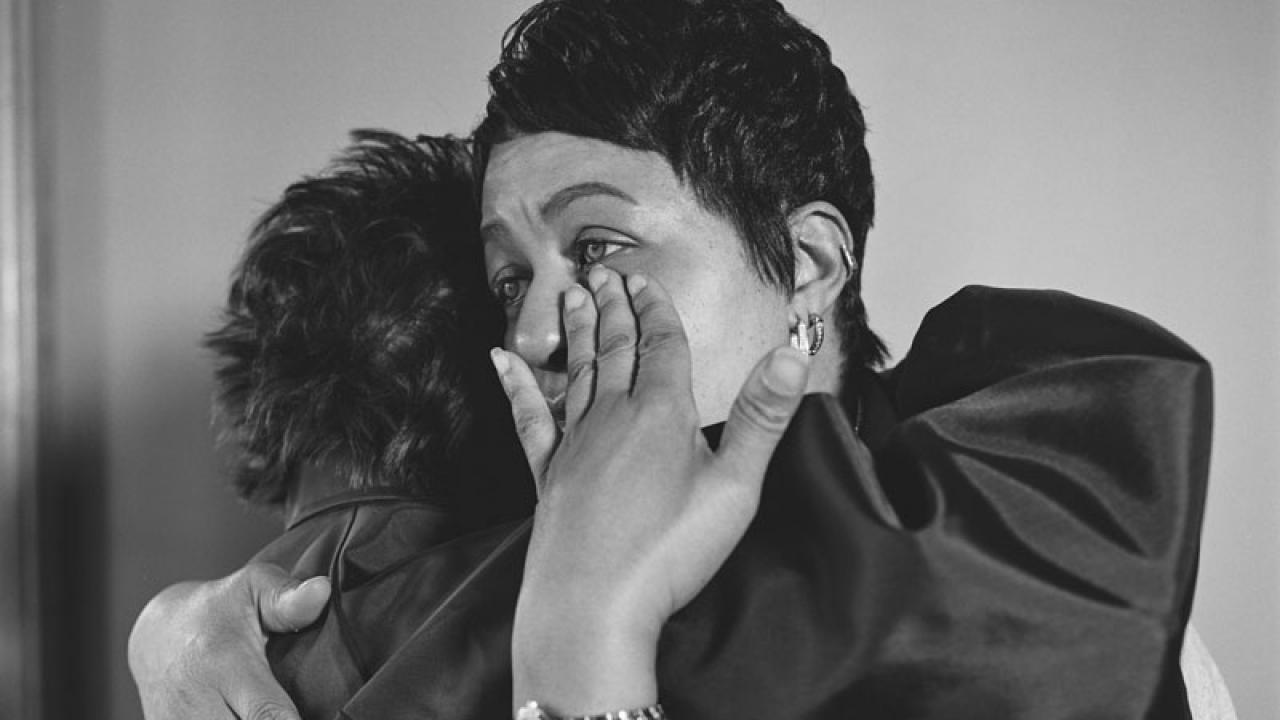 The artist’s moving portraits of ‘unallocated’ auto workers in Lordstown, Ohio, on view at the Renaissance Society, celebrate the power of unions as job losses hit US manufacturing