Ed Atkins and Steven Zultanski on their Daring New Play

Andrew Durbin: How did you meet and when did your collaboration begin?

Ed Atkins: We both moved to Copenhagen at about the same time and we quickly became friends. When Rikke Hedeager, the chief dramaturg at the city’s Revolver theatre, approached me about mounting a production there, the thought of inviting Steve was very quick and very easy. I was anxious not to superimpose some sort of contemporary art project onto a theatre setting but, rather, to take the invitation and the specific context at face value, and to approach it as an opportunity to do something new: to write, design and direct a play.

Steven Zultanski: We wrote the script (Sorcerer, 2022) in the form of a novel and, at some point, we’ll probably publish it as such. It’s full of digressions, confusing formal shifts and descriptions of actions that don’t happen in the play. We see the project as moving across media – theatre, dance, literature.

AD: Sorcerer is divided into halves, both of which you describe – in the play’s treatment – as ‘quiet, intimate and slightly awkward’. I’m curious about that awkwardness, something traditional theatre often wants to avoid. We hate it when an actor stumbles, misses a line, does something off-script – it’s worrying, anxiety-producing. Why make an awkward play?

SZ: We wrote Sorcerer over the last two years. For much of that time, due to the pandemic, we weren’t seeing anyone except for close friends. We hung out all the time and, even though nothing new was happening, we kept talking; that’s how we kept each other afloat. We recorded some of those evenings and used them to build the dialogue in the play. The transcriptions are awkward and meandering, but also completely comfortable, placid.

Part of the awkwardness stems from its likeness to life itself, but it’s also an aesthetic preference that comes out of our interest in art film and documentary. We both tend to enjoy extreme virtuosity as well as things that are uncrafted, unedited or deliberately spoiled. To that end, we wanted the play to move between fidelities, between naturalistic action and floundering artifice.

EA: It’s something I’ve been transposing to other media for a long time: the awkwardness that stems from the basic volatility of a body being there – or, in my case, in the heretical faking of that volatility. My work tries to repurpose the awkwardness endemic to live theatre, in order to draw attention to other kinds of failing performance and representation. I had a show at the Museum für Moderne Kunst in Frankfurt a few years ago titled Corpsing, and the specific rupture that term connotes – an actor breaking character – is pretty much the effect that governs most of the formal decisions in my videos and my writing.

Relatedly, everything onstage in Sorcerer will be mic’d. Every creak and blurt will be excessively audible; those auditory coincidences of performative action will be rendered conspicuous. One of the things I learned from using animation is the outsize role sound has in materializing stuff – of corpsing things.

AD: What were some of the theatrical – or filmic or literary – precedents for you?

EA: There are so many. Steve and I talk incessantly about our work and the things that inspire us. Our shared affinities allow us to speak a common language: they enable us to work with a certain presumed understanding, and without the need to explain too much.

EA: … and Robert Bresson. In that vein, we also really love a lot of young composers and musicians who are working with domestic sounds and everyday field recordings, such as Derek Baron, who makes a lot of pieces that sound like friends hanging out and playing music. They have a YouTube channel where you can watch them sight-read 18th-century chorales by Johann Sebastian Bach; something about the combination of Bach’s insuperable compositional virtuosity and the meticulous, yet slow and broken, nature of Derek’s sight-reading makes for a terrific example of what we’re talking about – of what we’re really drawn to.

SZ: We’re also interested in and inspired by the social effects of intimacy – how it actually feels to be intimate. How the comfort of one’s closest friends can also be a kind of automation. When you really love other people, and you see them often, you act like automata together. You don’t need to be clever, and conversation can be a bit blank. There’s a nice paradox between extreme intimacy and nearly empty talking.

EA: I think this is related but the opposite of awkwardness. The anxiety about an actor stumbling or a performance collapsing is about as far from this vacated intimacy among friends as I can imagine. Though they’re brought into proximity by the transposing of such intimacy to the stage.

AD: How did the actors change – and develop – that intimacy?

SZ: The actors – Lotte Andersen, Peter Christoffersen and Ida Cæcilie Rasmussen – quickly found their way to a warm, naturalistic interaction, as if they’re not even acting. The rehearsals mostly involved the detail-work of establishing the tone, and then figuring out where it could be broken or exaggerated. In the second half, Peter is on stage alone, in kind of a solo dance performance, so, for him, there’s the extra challenge of finding that intimacy with himself. He’s been working closely with the choreographer Nønne Svalholm to both remember and forget his body.

EA: The stage convenes and sort of models the intimacy. It’s a small, naturalistic apartment interior, but with several conspicuous effects that serve as psychological and sensorial surrogates: just off-stage stands a bed, the covers of which writhe unceasingly; and there’s a huge mirror-screen at the back of the set, poised to vastly magnify whatever is placed before it. Transposing intimacy to the stage for Sorcerer has meant, in part, employing theatrical technologies to metaphorize it.

Ed Atkins is an artist based in London, UK. 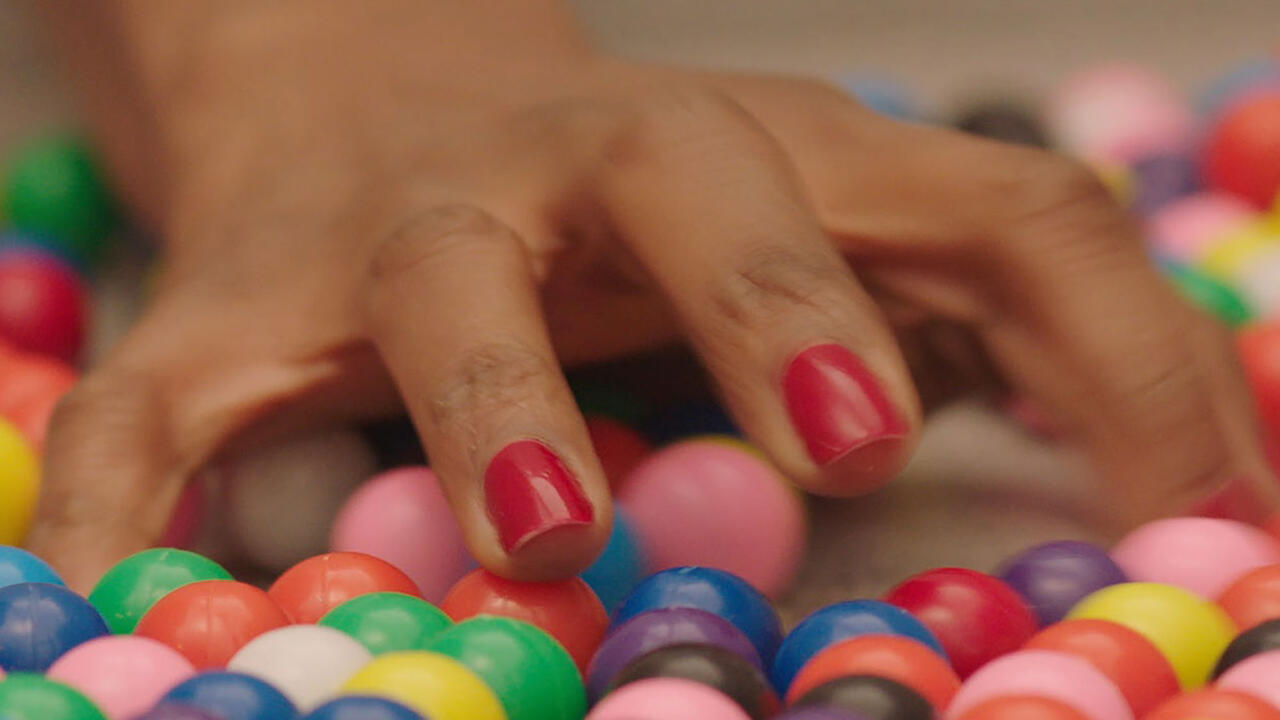 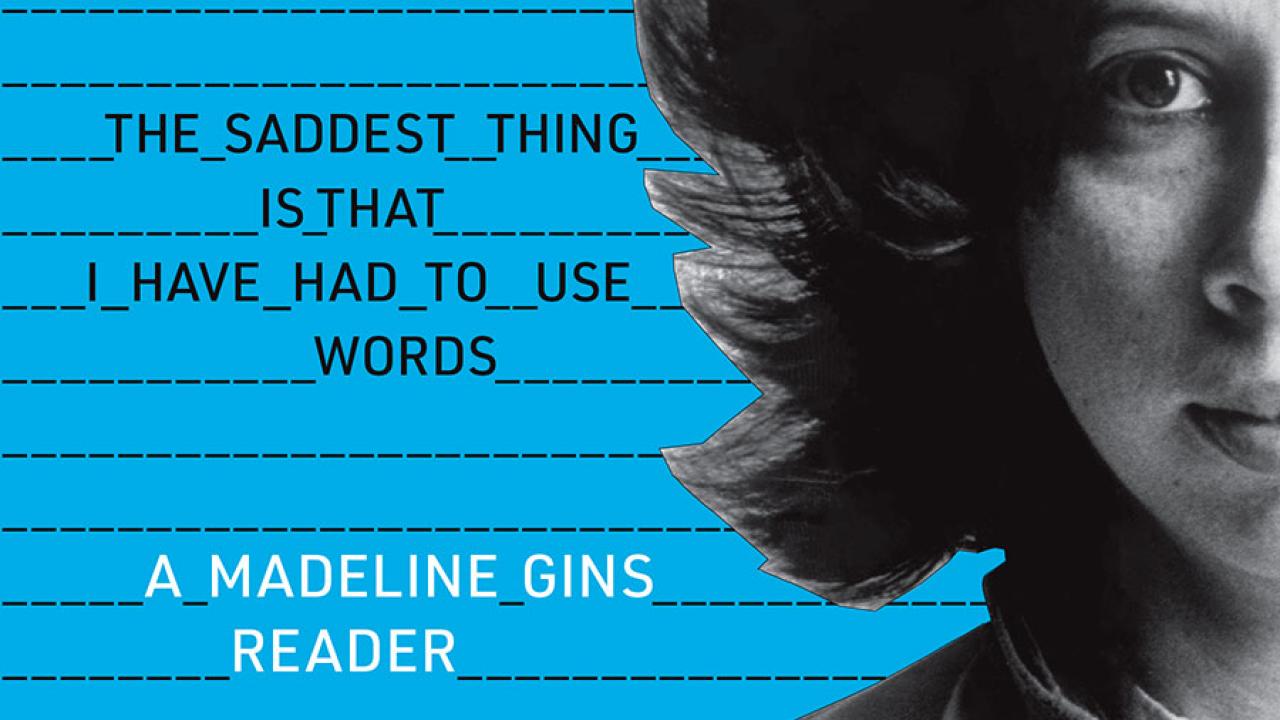 Opinion
The Architect Who Wanted to Make Dying Illegal