‘Enunciated Life’: Taylor Renee Aldridge and Shikeith on the Queering of Black Spirituality

Rikki Byrd: Taylor, your exhibition ‘Enunciated Life’ at CAAM explores themes around Blackness and spirituality. How did you arrive at this concept?

Taylor Renee Aldridge: My project began in an Orisha shrine in Trinidad in 2018. I was witnessing spiritual possession in relation to African spiritual practice, and I realized how impulsively my body resisted being penetrated by that spirit. The experience caused me to go down a rabbit hole of figuring out how to be more present in my body and more open to spiritual encounters. Around the same time, I started reading Ashon T. Crawley’s Blackpentecostal Breath [2016], which led me to realize that there is a particular mode of freedom-making in Black faith, particularly in Black Pentecostalism, which encourages and necessitates bodily vulnerability. I was really interested in exploring what it means for Black people to be vulnerable in their bodies in relation to what Christina Sharpe calls, in her book In the Wake: On Blackness and Being [2016], ‘the weather of anti-blackness’.

RB: The word ‘surrender’ comes up both in the curatorial statement for the show and in previous writings about your work, Shikeith. Could you both talk about what surrender means to you in relation to spirituality?

Shikeith: I guess, as an artist, it means I’m surrendering to this indefiniteness or abstraction, this undefined queerness. It’s difficult because I’m coming from working with photography and film, which have an inherent immediacy, but I’m trying to surrender to this ambiguous blur, to this feeling that I’m chasing after by way of form.

TRA: For me, it’s been a life’s work. I’ve been thinking a lot about an interview the writer Ocean Vuong did with Bryan Washington last year for the podcast A24, when he spoke about how queerness is often misconceived as a deprivation, instead of seeing it as an alternative route to wholeness. Similarly, surrendering is thought of as deprivation when, in reality, it’s an opening up that allows so much abundance to come in.

RB: Taylor, did you have a particular prompt for Shikeith when you commissioned him to make the work Sermon for Longing in Blue [2020] for ‘Enunciated Life’?

TRA: When I visited Shikeith’s Pittsburgh studio in early 2019, he was talking about psychic space, queer basement parties, Luther Vandross and his own engagement with queerness. Sermon for Longing in Blue invokes Vandross’s song ‘If Only for One Night’ [1985], but it’s perhaps more significant to note that the work couldn’t be an immersive space for visitors, as originally planned, due to social-distancing restrictions. The work consequently aligns with how people have been forced to behave during this pandemic: communing outside of physical spaces, gazing at one another through distant portals.

S: I remember your visit to the studio. We also talked about spaces of fantasy, particularly what might have occurred within the holds of ships that transported enslaved people. I started to think about constructing an architectural form that held a fantasy, a burning desire, within a super-stable exterior.

I like to create works that hold many different ideas and one thing I really love about Sermon for Longing in Blue is that, even though it has an awkward exterior, it’s quite sensuous: I consider it an almost-erotic object. Played on the saxophone, the Vandross track creates a haunting, lingering echo. I was introduced to Vandross by my grandma, who was a huge fan. She was also deeply religious and would take me to church with her. [Laughs.] She had her issues with my sexuality. It’s interesting because I think Vandross was such an outlet, another way of people being able to surrender to their own desires, while retaining that ecstatic feeling they got in the pews. Sermon for Longing in Blue ended up being this highly autobiographical work, but also something that people – especially queer people – can relate to.

RB: Shikeith, your exhibition ‘Feeling the Spirit in the Dark’, at the Mattress Factory in Pittsburgh that closed earlier this year, is named after the Aretha Franklin song ‘Spirit in the Dark’ [1970]. And, Taylor, you’re from Detroit, Franklin’s hometown, where she was brought up in the church with gospel music. Can we talk about her influence on both your practices?

RB: Taylor, in your essay, ‘Notes on Spiritual (in)Coherence’ [2020], you talk not only about your personal history and the spiritual experiences you had as a child in church, but also about how the church did not hold space for queerness. How did that experience help you conceive of ‘Enunciated Life’?

TRA: As someone who is not bound up in respectability and cishet norms, my relationship to the Black church is complicated. But it gave me something no other space did: it taught me how to have faith, how to believe. In the context of this exhibition, per Crawley’s Blackpentecostal Breath, I felt encouraged to honour both. I didn’t want to dwell on the suffering because I had some positive experiences of church, too. It taught me so much about who I am: church was one of the first arenas in which I had a spiritual encounter, where I felt comfortable in my body and where I was encouraged to express and be aware of my body. So, I didn’t want to ignore that. It also felt important to acknowledge – not in a salacious way – the ways in which these spaces are inherently queer. There’s a queering of the Western Christian faith altogether. There’s also a queerness in the ways that Black folks exist in the church. We’re going to make a way out. That is a queer ideology.

'Enunciated Life' is on view at the California African American Museum, Los Angeles, through 15 August 2021.

Rikki Byrd is a freelance writer, fashion scholar and educator. She writes about race, culture, and fashion. Her research considers the construction and mobilization of Blackness in American fashion.

Shikeith was born in 1989 in Philadelphia, PA, and currently lives and works in Pittsburgh, PA. He received his MFA in Sculpture from The Yale School of Art, after earning his BA in Integrative Arts from The Pennsylvania State University. His work investigates the experiences of black men within and around concepts of psychic space. His work has recently been featured in institutional solo exhibitions, including the Alexander Brest Museum & Gallery, Jacksonville University, Jacksonville, FL; Locust Projects, Miami, FL; Atlanta Contemporary, Atlanta, GA; and The Mattress Factory Museum of Contemporary Art, Pittsburgh, PA. In 2019, Shikeith received a Painters & Sculptors Grant from The Joan Mitchell Foundation. This year he was awarded the 2020 Art Matters Foundation Grant and was selected for the 2020–2021 Leslie Lohman Museum Artist Fellowship.

Taylor Renee Aldridge is a writer and visual arts curator at the California African American Museum, Los Angeles. In 2015, along with writer Jessica Lynne, she co-founded ARTS.BLACK, a journal of art criticism from Black perspectives. She lives in Los Angeles. 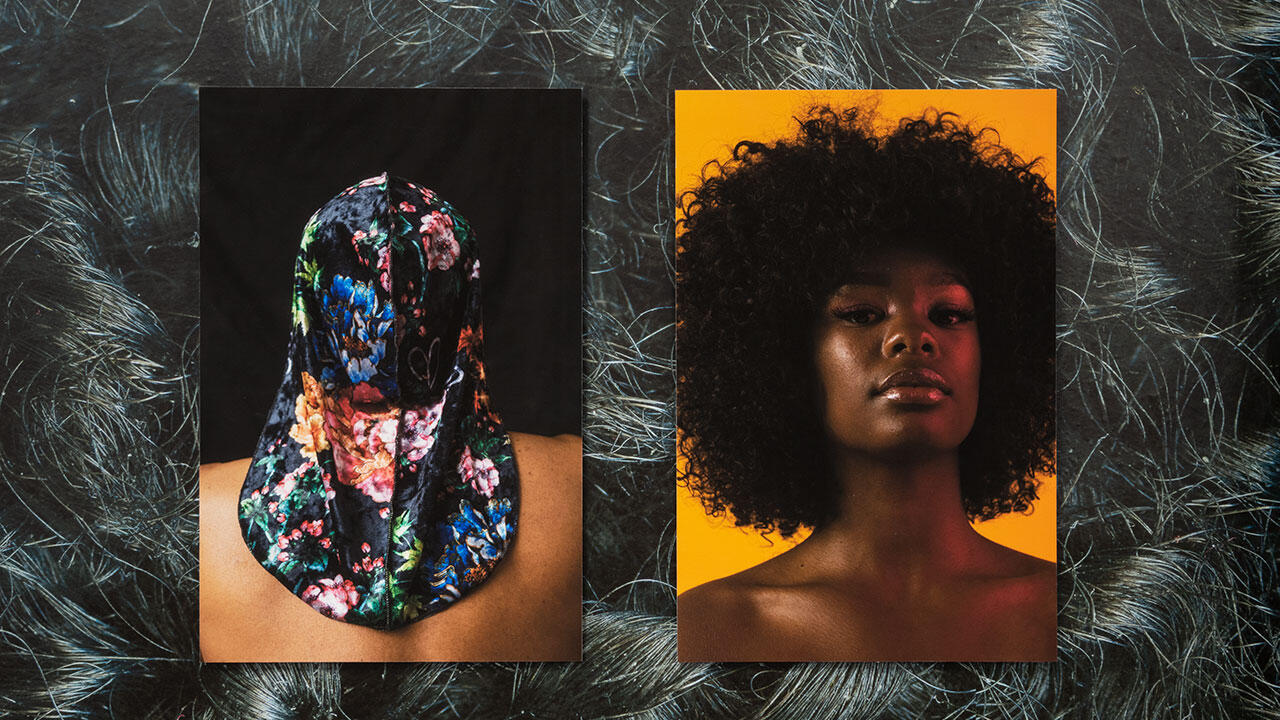 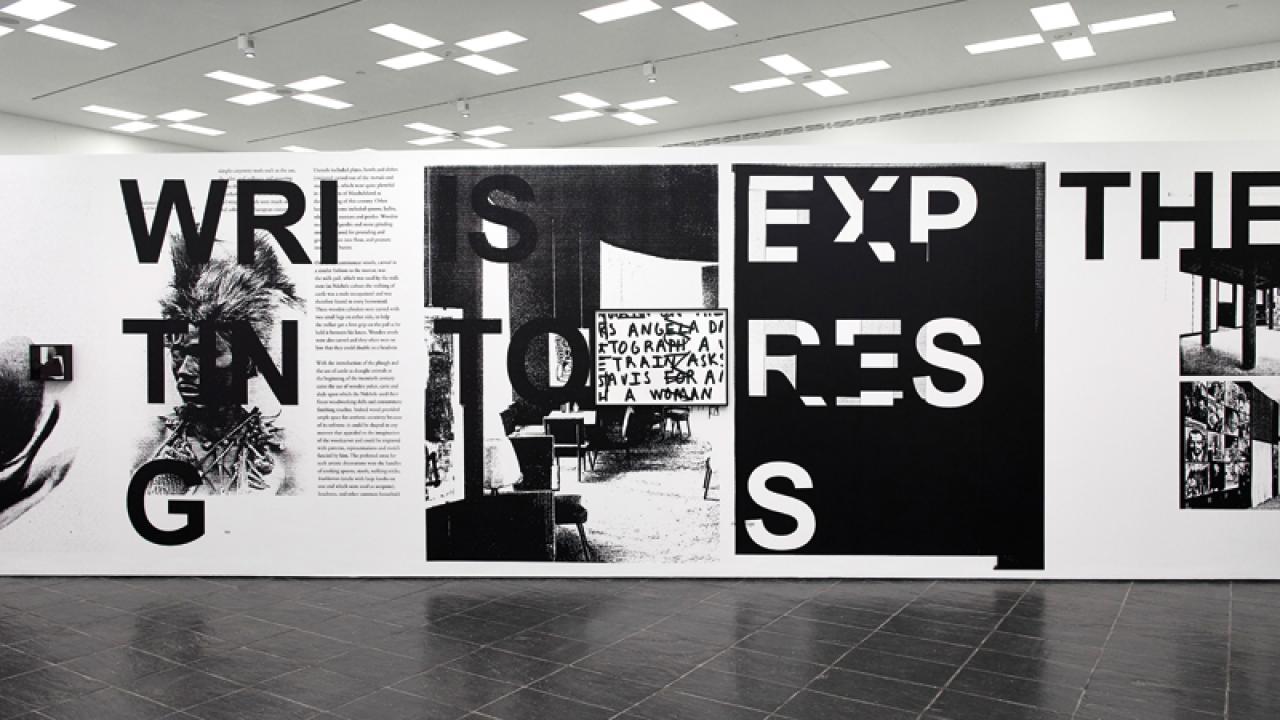 Features
What Can't Be Read

How Bethany Collins, Steffani Jemison, Adam Pendleton and Kameelah Janan Rasheed are using the tradition of black radical poetry to examine questions of subjectivity and race