Wolfgang Tillmans has launched a pro-EU poster campaign. Should more UK cultural institutions be speaking out?

This week Berlin and London-based artist Wolfgang Tillmans launched an impassioned statement on his website and a corresponding downloadable poster campaign urging against Brexit in the looming EU referendum in the UK. Put together by the artist and his studio assistants, this guerilla media drive is a far cry from the estimated GBP£9 milllion pro-EU leaflet drop by the official ‘remain’ campaign. Tillmans’ posters themselves are personal and poetic in their economy of words. Some show text overlaying evocative photographs of horizon lines that imply a bigger picture. Yes, we’ve got to look ahead, beyond UK’s borders. 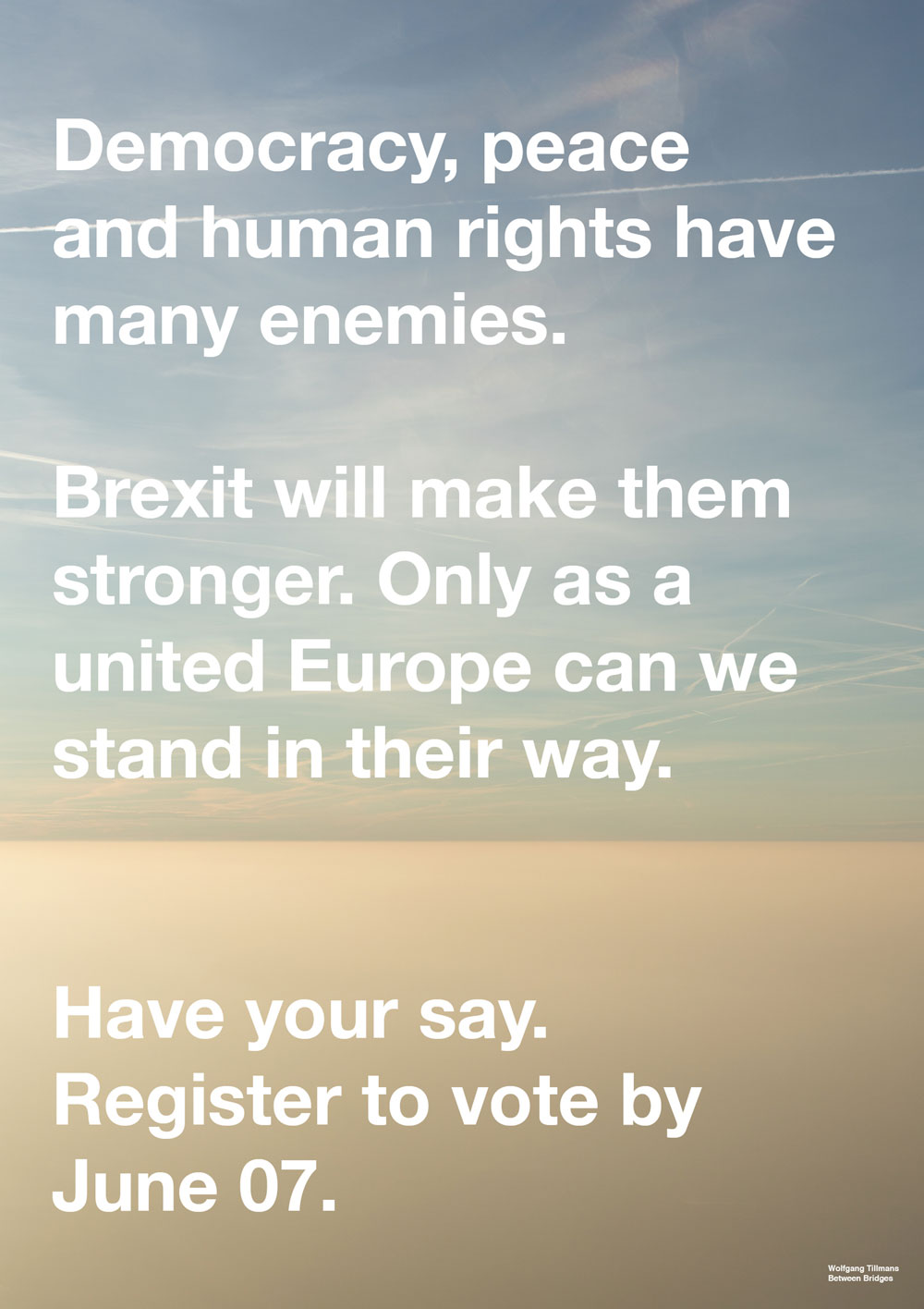 The statement by Tillmans highlights the perils of exclusion, of seeing the referendums potential domino effect spreading across Europe. Last week in his Berlin studio, the artist spoke with clarity and affection about the personal and cultural relationship he has had with the UK from an early age. In 2000, Tillmans became the first non-Brit to win the Turner Prize. 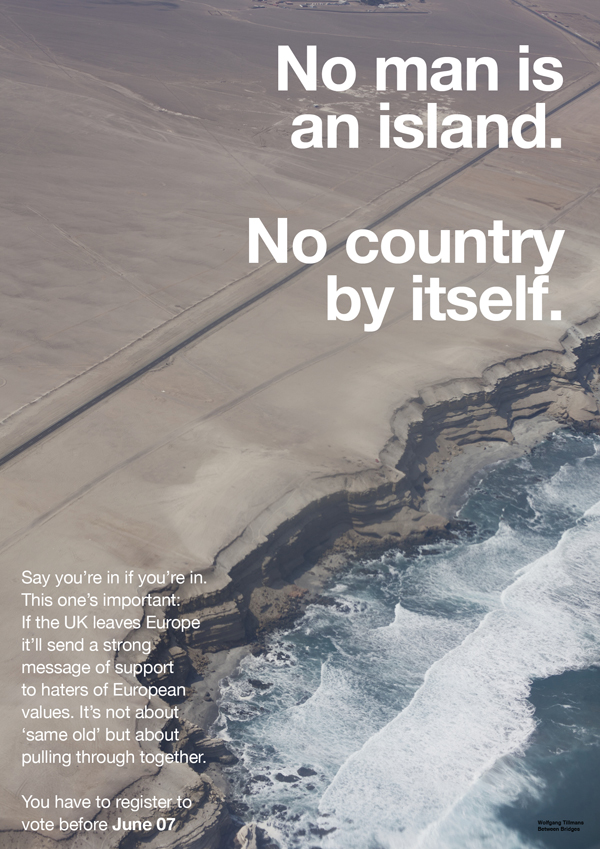 With Tillmans speaking out, it strikes me just how few English cultural bodies are doing the same in the media. Undoubtedly, it’s difficult for state-supported institutions to voice opinion concerning overtly political issues, which is probably why it takes an artist to do so. Arts Council England, for instance, have stated their neutralityon the subject, but offer advice to cultural organizations about the EU referendum, albeit buried deep in their website. Apparently UK charities are allowed to campaign and discuss the referendum publically (within set guidelines) insofar as it ‘further[s] or support its charitable purposes’. 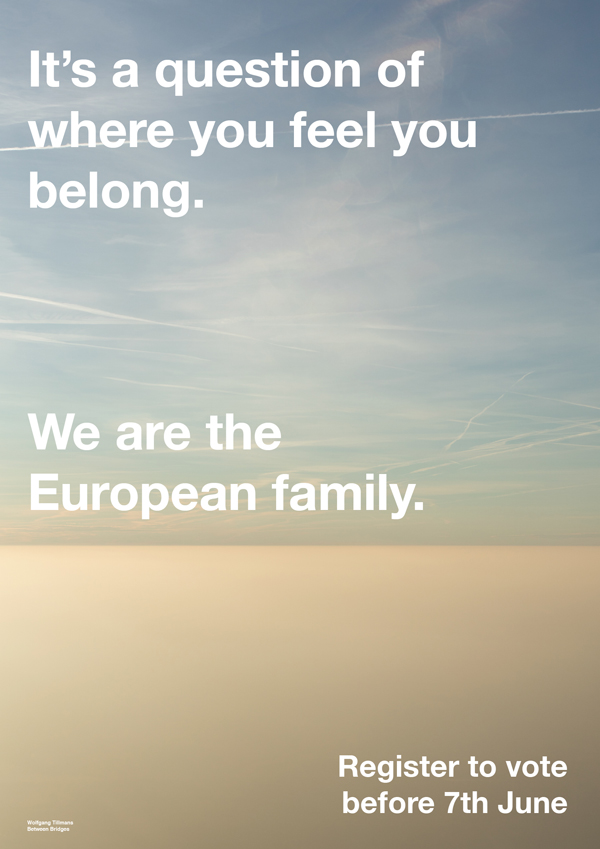 While mainstream news channels push the debate firmly towards issues of economics and migration, there is little talk of the cultural impact that leaving the EU would have on the UK.

I admire Tillmans for using the resources available to him as an artist and publisher in this campaign and support seeing this decisive vote as a civil duty; one that affects us more than anything else as European citizens.

The posters are open-source and designed to be downloaded, printed out or shared on social media. They can be found on Wolfgang Tillmans’ website.