As the Director of Wysing Art Centre since 2005, Donna Lynas built one of the UK’s most dynamic residency programmes. She transformed the site, in rural Cambridgeshire, into a place where artists across disciplines and at all stages of their careers can research, experiment, collaborate and learn. As Chair of the Contemporary Visual Arts Network East and member of the Plus Tate steering committee, she built connections with arts organizations across the country as well as internationally; she was a particularly vocal and energetic supporter of art scenes in the South East. In recognition of her work, Lynas was awarded an MBE in the 2020 Queen’s Birthday Honours, for Services to the Arts. It is not a stretch to say that she touched a whole generation of artists in the UK. She will be missed.

For so many people, Donna was the first person to support them when everyone else thought what they did was too weird, too different or just not quite right. Donna’s gift was to know exactly when to give someone a break, but her life’s work was to forge this instinct into a practice that was responsible, caring and that had real political conviction.

Her support and love for the artists and colleagues she worked with was limitless and unconditional. She was the person who always had absolute unwavering faith in our abilities, who trusted us more than anyone. She was the person you could go to with any problem, any question, any request. She would make a complex problem simple, saying something like: ‘we could just do this,’ or ‘we don’t have to do it like that if it’s not going to work’. Even in her last weeks, she would still surprise me with a capacity for solving other people’s problems. She would do these things because she believed that art and artists matter, that whatever we all do exactly in all of this, it matters.

In process, in production, in life, are tenets that underpin Wysing, and all that Donna implemented there; building it into a unique space and place for artists across medium, career point and methodology. She trusted her instincts – about her vision, her commitment to artists and their practice, and her understanding that without a place for art to evolve the landscape is depleted. Anyone who went became a privileged part of the fabric; a space for reflection, thought, process – easy to describe but really hard to do. For me, Wysing came at a point where things were being expected of and extracted from me – and there were Donna and John (Eng Kiet Bloomfield) trusting my ideas and vision. For an artist, trust has become an ever-rarer and beautiful commodity. Donna encapsulated this for me.

I first met Donna in 2014 when I did a residency at Wysing and then played at the music festival with my band Ravioli Me Away. She offered a rare continued support since and was the first person RMA thought to ask to help realize our ridiculous idea for an opera. She listened to us and let us make it. This kind of ongoing relationship and the faith Donna had in artists certainly wasn’t limited to us. For so many she was a friend, an enabler and a comrade. She was a supporter of weirdos, misfits, the underrepresented and those that needed more trust and time. Donna created something very special at Wysing. She lived her vision, politics and commitment to social justice with genuine care, openness, courage and generosity in a way that allowed others to dare to live theirs. We will miss you Donna.

I joined Wysing in 2010, the year of the first music festival. Programmed by Donna and artist Andy Holden it brought hundreds of artists to perform across three stages, two of which were artworks in their own right. Typical of Donna’s approach, it provided a new format for encounters that sparked ideas and from which relationships grew, with Wysing as its vehicle and art at its centre.

Donna was a kind friend and a brilliant leader. It wasn’t always easy to work together and I was sometimes out of my depth in those years but Donna had more belief in me than I did. With so much knowledge and influence, she could have been fatigued by the naivete of younger collaborators and moulded us through her experiences. Instead, Donna met everyone with respect and generosity, seeming to learn from every encounter.

My Donna is a slightly ethereal being, not quite tethered down, always in lippy, offering something I knew I had to absorb. I learnt from her never to be ashamed of what you love; that if you do things well and with consideration, people will notice over time; that deeply engaging with artists is an essential part of being a curator and director; that there is always a different route or model; and that a belief in art and openness to people can lead anywhere.

Donna Lynas was utterly devoted to Wysing Arts Centre and the cause of supporting artists to fulfil their potential. She worked tirelessly to create opportunities for artists’ research and practice. I was lucky enough to get to know her as a residency artist in 2017 and later a Wysing trustee. In all our conversations, I remember her clarity in holding space and giving time for new and different voices to emerge. She was deeply political, and I love how that manifested as deeds, not only words. Thank you, Donna. Rest in power!

It was a privilege to know Donna. We worked together in the East for over a decade, debating the ways in which the visual arts sector could be nurtured and developed. Not only did she bring great artists to Wysing, where she and the team provided the perfect conditions for them to carry out research or make experimental new work, she chaired and championed the regional Contemporary Visual Art Network and sat on the South East area council for Arts Council England. Donna did everything within her power to ensure artists had what they needed and worked tirelessly to support colleagues in the sector. She was a staunch advocate for artist-led spaces, diversity, fair pay, art education, rural arts provision, the environment and social justice, among many other things. As an arts community in the East, we benefited so much from her wisdom, patience and kindness. We loved her very much.

It’s no understatement to say that Donna Lynas changed artists’ lives. She did mine.

In 2012 I did a residency at Wysing Art Centre, followed by a solo show in 2013, which supported me in developing new work, researching and exploring new ideas when no one else would. I feel fortunate for the transformational time and resources that Wysing provided for me. Without an ego, Donna worked tirelessly in her support and commitment to artists. Her passing feels so overwhelming, but her legacy will live on in the brilliant work that Wysing continues today. Thank you, Donna. I will miss you, dearly.

John Eng Kiet Bloomfield is Curator and Acting Head of Programme at Wysing, where he has worked since 2016

Helen Cammock is an artist based in London, UK. In 2019, she was a collective winner of the Turner Prize.

Alice Theobald is an artist and co-founder, with Sian Dorrer and Rosie Ridgeway, of the music group/artist collective Ravioli Me Away. She is currently based in Huntingdon, UK.

Elinor Morgan is Head of Programme at Middlesbrough Institute of Modern Art, UK.

Harold Offeh is an artist working in a range of media including performance, video, photography, learning and social arts practice. He lives in Cambridge and works in London and Leeds where he is currently a Reader in Fine Art at Leeds Beckett University and a tutor at the Royal College of Art, London.

Jonathan Baldock is an artist based in London and Kent, UK. 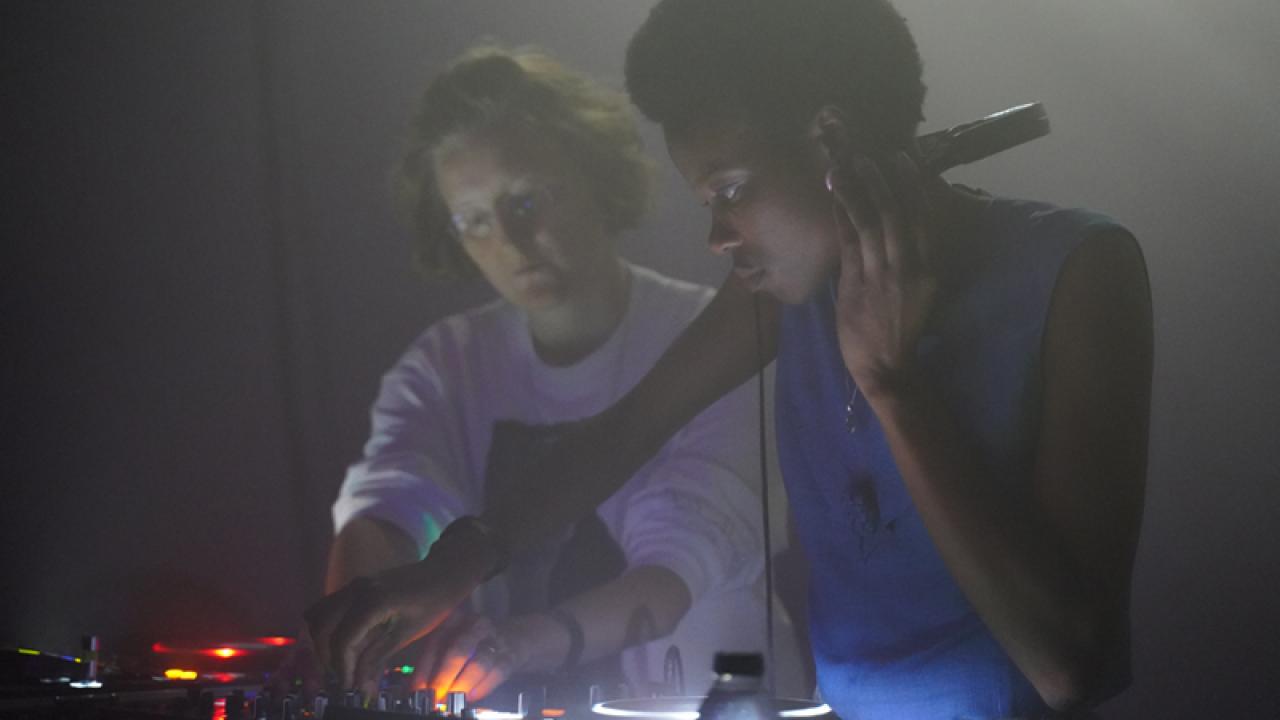 Opinion
The Future of the Experimental Music Festival

At this year’s Wysing Polyphonic, sonic explorations of cultural hybridity coincided with an expanded extra-musical programme – but to what end?