The Friendship between East Germany and Angela Davis

‘A Million Roses for Angela’ (1970–72) was a postcard and letter campaign organized by the German Democratic Republic (GDR) in support of the revolutionary, civil-rights activist Angela Davis, who, at that time, was falsely imprisoned under terrorism charges in the US. Given the GDR’s ideological critique of racist, capitalist America, Davis was viewed as a useful communist icon to befriend. The campaign mobilized socialist youth movements and school children to write a million postcards expressing solidarity with Davis, which were then shipped to the Women’s Detention Centre in California where she was being held. Engaging countercultural communities in the GDR as much as the political mainstream, the ‘Angelamania’ (as it was described in The Washington Post in 1972) culminated in the activist’s visit to East Germany as a state guest in 1972, where she was welcomed by tens of thousands at Berlin’s Schönefeld airport.

This fascinating episode in the transnational visual and cultural histories of the Cold War is the subject of an ambitious exhibition at Dresden’s Kunsthalle im Lipsiusbau. ‘1 Million Roses for Angela Davis’ brings together the work of 40 artists, from established names such as Jean-Michel Basquiat, Arthur Jafa and Nancy Spero to younger artists like Lawrence Abu Hamdan, Sadie Barnette and Kapwani Kiwanga. Their works are displayed alongside a handful of pieces by artists from the former GDR, including video and performance artist Gabriele Stötzer and official state painter Willi Sitte. Brilliantly installed throughout the grand galleries and crypt-like lower floor of the museum, these artworks are accompanied by around 80 of the postcards and letters from the solidarity campaign, while archival material in vitrines and interactive displays allows visitors to view television footage and read East German newspaper stories about Davis’s GDR connection. This material enables the exhibition to effectively refuse both an ahistorical post-socialist visual imaginary or any over-aestheticized ostalgie (East German nostalgia), embedding current debates around race, revolution and repression in the social histories of the former GDR, and vice-versa.

The majority of the works examine race in relation to socialist and militant histories and praxis, past and present. Decking the gallery walls, for instance, textiles by the Russian artist collective Chto Delat, ‘Learning Flags’ (2011–15), depict historical left-wing figures and celebrate, among others, the African American feminist and poet Audre Lorde, who played a key role in the ‘Afro-German’ movement in 1980s West Berlin. Other highlights include Jafa’s critically acclaimed video Love Is the Message, the Message Is Death (2016), which montages found-footage, contemporary imagery and original cinematography to interrogate racial violence in the US. Kiwanga’s series ‘Flowers for Africa’ (2012–ongoing) explores decolonization by reinterpreting bouquets from independence ceremonies in the African continent. Presented here are floral arrangements dedicated to Algeria, Namibia and Mozambique, which will wilt over the course of the show. Acknowledging both the impermanence of political memory, as well as these nations’ post-independence optimism, Kiwanga’s work introduces us to another of the many connections between the GDR and socialist African states.

The show takes a lead from Davis’s critique of the racist and profit-driven US penal system and draws a parallel to political persecution in the GDR. Stötzer’s video Zelle 5 (Cell 5, 1990), for instance, re-enacts the artist’s experience of imprisonment by the Ministry for State Security and recounts how she later led an occupation of their headquarters in Erfurt, after the fall of the Berlin Wall in 1989, to reclaim her agency and the power of protest.

‘1 Million Roses for Angela Davis’ succeeds in telling a complex geopolitical story of a socialist celebrity cult, fed by dreams of radical solidarity interwoven with cynical political opportunism, and propels it into a present defined by extreme racial injustice, the recent Black Lives Matter movement protests and new forms of grassroots global activism mobilizing against neoliberalism and ascendant fascism. 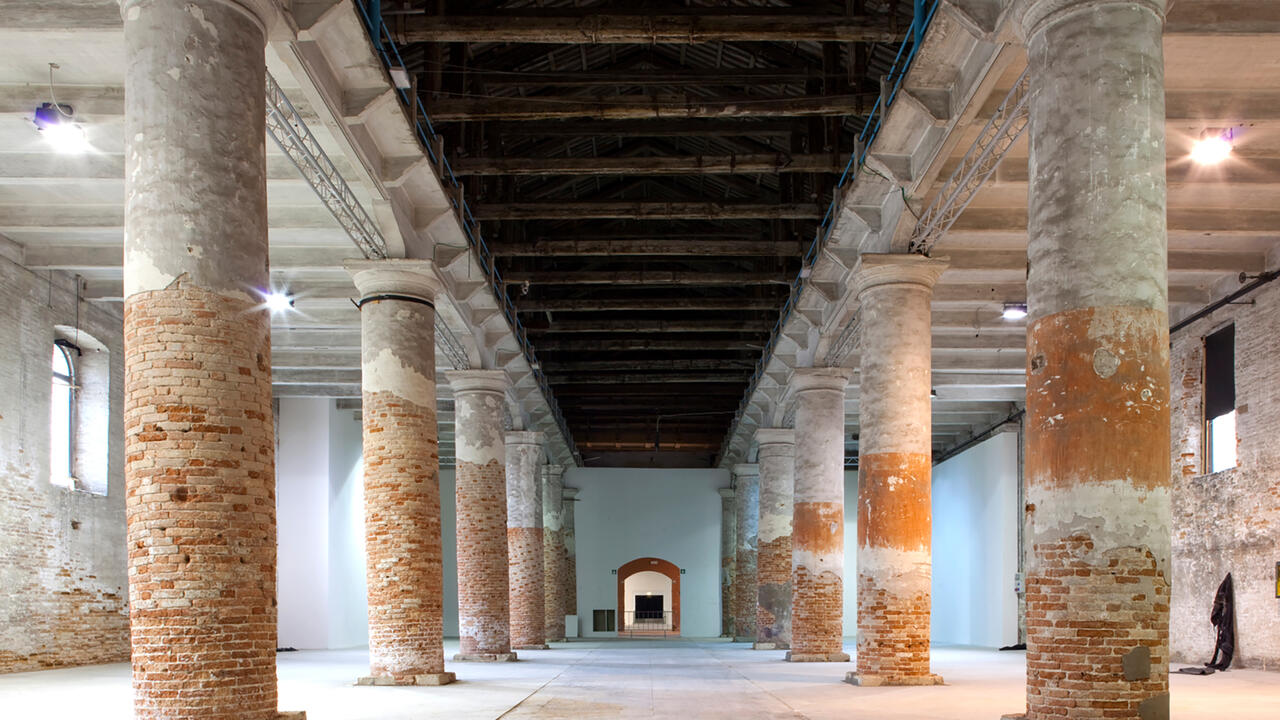 Critic's Guides , Opinion
Preview of the 2022 Venice Biennale Part One: ‘The Milk of Dreams’