Le Bal (‘the dance hall’ in French) is Paris’ new venue for visual culture or, in the words of the photographer and filmmaker Raymond Depardon (co-founder and chairman of Le Bal), a space for ‘the exploration of documentary practice in its most thought-provoking forms’. This wide-ranging claim lends an openness to the programme, even though we all know that agoraphobia is one of the most pervasive neuroses in the arts environment, especially when it comes to relativizing historical categories such as ‘photojournalism’, ‘experimental cinema’ or ‘conceptualism’. 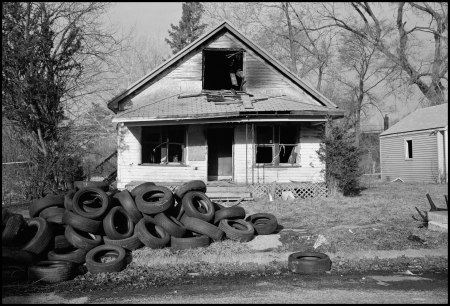 Le Bal’s inaugural show, ‘Anonymes. Unnamed America in Photography and Film’, brings together a number of photographers, filmmakers and visual artists (as far-flung as Walker Evans, Jeff Wall, Sharon Lockhart and Bruce Gilden) who are usually attached to quasi-isolated spheres of reception – among them, photojournalists rarely or never seen in contemporary art exhibitions – reiterating, to some extent, the aforementioned declaration of principles. The openness of the exhibition’s title is, however, a bit misleading: isn’t anonymity consubstantial to visual culture as a whole? In other words, don’t we see images of hundreds of nameless faces every day of our lives? Le Bal director Diane Dufour (who co-curated the show with the author and academic David Campany) explains that this project’s aim is less to lay down an anthology or an inventory of the vast ‘anonymous genre’ (if there were one) than to present a set of examples where, in Dufour’s words, the ‘confection’ (or the ‘writing’) of a document becomes the key to understanding its social, institutional and linguistic function. 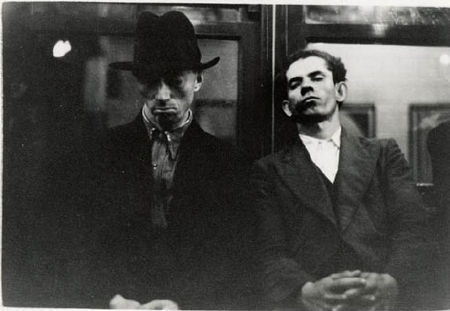 The project’s keystone is Walker Evans’ series of subway and street portraits, including ‘Many Are Called’ (1966) or, more significantly, ‘Labour Anonymous’ (1946), which are presented in their original magazine or book formats. Explicit or not – but anyway, less obsolete than some might think – the reference to the working class in most of the works on show is far from being fortuitous; anonymity is historically related to the working masses as individualism is to a specialized minority. (It would be interesting to emphasize, in the words of Enrique Vila-Matas, that ‘individualism has produced little individuals’, even though we could just as well claim that individualism is, already, ‘a thing of the past’). Evans’s series of ‘unposed portraits’ could be considered as seminal in their form as they are in their technical dimension. Without the constraint of having to shoot from a coat-hidden camera or from a predetermined corner in the street, the series would lose consistency, if not disappear. Chauncey Hare’s series ‘Interior America’ (1978), Anthony Hernandez’ bus stop portraits from the same year or Lewis Baltz’ ‘New Industrial Parks’ project (1974) are also ‘protocol-informed’ documents; they occupy the territory where documentary photography, despite its somewhat naïve or literal relation to content, verges on a sort of proto-Conceptualism. 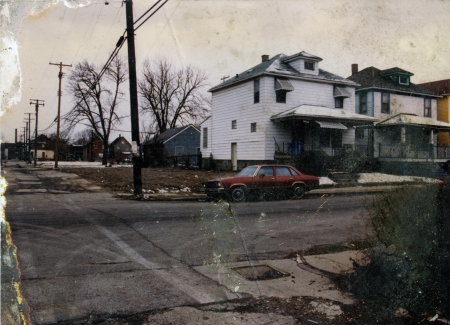 Other works such as Arianna Arcara and Luca Santese’s breathtaking Detroit: A Self Portrait (2009–10) or Sharon Lockhart’s Lunch Break (2008) – a tribute to the Lumière brothers that is as much an ultra-slow moving image as a photograph in motion – contribute to unfolding the document-image’s inner mechanisms, increasing the enigma of its validity. This is a question for which Jeff Wall’s photographic tableau Searching for Premises (2008), in which a forensic examination of a home is meticulously staged, might stand as an abyssal, impassive allegory.