Index / One Break, A Thousand Blows! 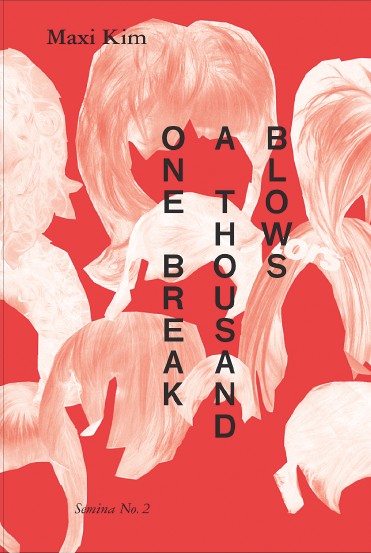 The original Semina was a hand-produced journal published by the American artist Wallace Berman between 1955 and 1964, featuring Berman’s own photography and collages alongside images and texts by both canonical and overlooked artists and writers. Berman was at the centre of a group that extended from his West Coast peers to the Beat poets, Black Mountain College and Andy Warhol’s Factory, among others – a continuation of a trajectory that, for him, included such avant-gardists as Charles Baudelaire and Antonin Artaud. So Stuart Home’s adoption of the title ‘Semina’ for a series of commissioned novels could be seen as a somewhat self-mythologizing gesture, or, less cynically, as signalling a continued need for a community supportive of producers of non-commercial and ‘difficult’ genres.

The ongoing call for open submissions for the series reads like a style sheet for motifs and Gestalts: ‘Think of the ways in which time and space died yesterday, how acceleration exceeds accumulation, the dead city and the perpetual twilight of technology: Georges Bataille, Henri Michaux, Alexander Trocchi, William Burroughs, Ann Quin, Clarence Cooper Jr, Claude Cahun etc.’ Evaluating open submissions is a tiresome process, and any method for stemming the flood of drivel is a sensible undertaking, but editing at the level of taste seems at odds with the liberal openness associated with public funding – and it’s particularly, and pleasingly, ribald that the selection process is overseen by the author of such titles as Cunt (1999).

Curator Michael Duncan has written that the original Semina publications were pretty hermetic: ‘Inside jokes, wilful obfuscation, and hermetic systems abound, giving an air of insular impenetrability to the uninitiated.’ One of the first books in Home’s ‘Semina’ series, Maxi Kim’s novel One Break, A Thousand Blows! (2008) is an infuriating continuation of this tendency. Kim’s use of language, and proper nouns in particular, as a mule for meaning often makes passages rather business-like, quashing the potential for linguistic play. Throughout the book a rash of artists’, writers’ and academics’ names prick the prose until it’s almost unbearable, as Kim ham-fistedly stakes a claim to a patch of cultural territory. For instance, in a moment of reverie one of the characters evokes the particularities of a former lover with the grace of an inventory clerk: ‘The way Miju’s small fingers snaked around his cock. Miju’s restless description of the ontological similarities between Eileen Myles and Slavoj Zizek.’

At a structural level Kim’s fragmentary tactic is more lithe, interweaving characters, geographies and time-frames so that we are often unsure where we are or in whose voice we are reading. Bridget Penney’s Index (2007) also demonstrates this anti-literary strategy. Here the orthodox narrative arc is utterly splintered and reconfigured, and lyrically wrought vignettes of historical and fictional episodes are held enigmatically apart rather than enmeshed. Much of the historical material relates to 18th-century sources and the unknowable interiority of figures and events in an age of reason and revolution. The inference of an ultimately scrambled and therefore failed index emphasizes the hubris of taxonomy and genre, which, while fulfilling the series’ intention to ‘demonstrate total disregard for the conventions that structure received ideas about fiction, may frustrate others who require causality in their novels.