Mies van der Rohe's Neue Nationalgalerie in Berlin (1968) - which he based on sketches originally intended for the headquarters of a Bacardi factory - remains an icon of Modernist architecture. It has three main features: a mostly artificially lit bunker for the Museum's permanent collection; sheer walls of seemingly uninterrupted glass panels; and an enormous dark grey plane of gridded girders that looks as if it's hovering. When the latter was hoisted into place without incident, a jubilant van der Rohe contravened safety regulations and drove a white Mercedes coupé victoriously beneath it. It's easy to imagine him looking up in awe at what he had achieved and it's precisely such an impulse that Jenny Holzer picked up on and amplified with her own brand of word- and signage-based spectacles.

Holzer's first major museum show in the last couple of years was physically impressive and eye-catching. At night, 49-metre-long strips of her trademark computer-controlled LEDs streamed out of the building to a distant vanishing point. It looked as if the building had become a kind of low-lying lighthouse. The texts running along at varying speeds were sampled from her collected writings. Van der Rohe wanted the walls of his gallery to be glass so that the art could be seen in relation to the city outside. This is a perfect setting for an artist who, for the last 30 years or so, has worked with the problems and possibilities of art in public spaces. This piece - custom made for the location - operated as most of her best works do. You experienced a momentary flicker of doubt and borderline curiosity before responding to a catchiness that first took hold of your peripheral vision. Holzer's work speaks to an inner voice - the one that shouldn't be let out of its box - the part of you that is sometimes antisocial, tortuously egocentric or even malevolent. Her words function like images from shared dreams; as if dredged out of recesses in a communal consciousness and simultaneously broadcast. Her texts can be at once annoying, intimate, touching, evocative, bland, political and dangerously personal. Her method makes it unlikely that they will be read in full - she plays with the enormous bias that culture-interested educated audiences place on the written word. It is in this sense that Holzer's work remains subversive, not because she manages to undermine the authoritative voice of commercial messages which nobody believes anymore anyway. Still unnerving is her take on mother and child, a theme that has been pretty much sidelined since the secularisation of art. You could say that Modern art dethroned mother Mary, opting instead for scientific invasion of the psyche - the infamous inner child. In some Holzer texts mummy is back and she's having disturbing thoughts.

Since Protect Me from What I Want (1982) plenty has changed in terms of the relation of art to commercial media and, thankfully, to the position of female artists as well. Holzer played her part in an important work in progress - adjusting the gender-skewed playing field of contemporary art. But success, large commissions and an international practice introduced a new set of problems. Some would say her political platform has been undermined and rendered purely symbolic at best, or ineffective and touchy-feely at worst. This was particularly evident, for example, in the clash between her undoubtedly well meant intention to bring violence against women to the fore in such high culture surroundings. Forthrightness can easily be misinterpreted as self-righteousness. Holzer seems more aware of the problem than others, however, and in conjunction with this exhibition organised fund-raising for BIG eV - a local women's help group.

The New National Gallery exhibition was only one work in a series of public works that Holzer installed in Berlin over the last few months, including the visual broadcasting of the speeches from Germany's Parliament outside the newly renovated Reichstag.

At the Neue Nationalgalerie, Berlin, the artist's new show ‘In a Perpetual Now’ at the iconic Ludwig Mies van der Rohe-designed building articulates the kaleidoscopic possibilities of looking 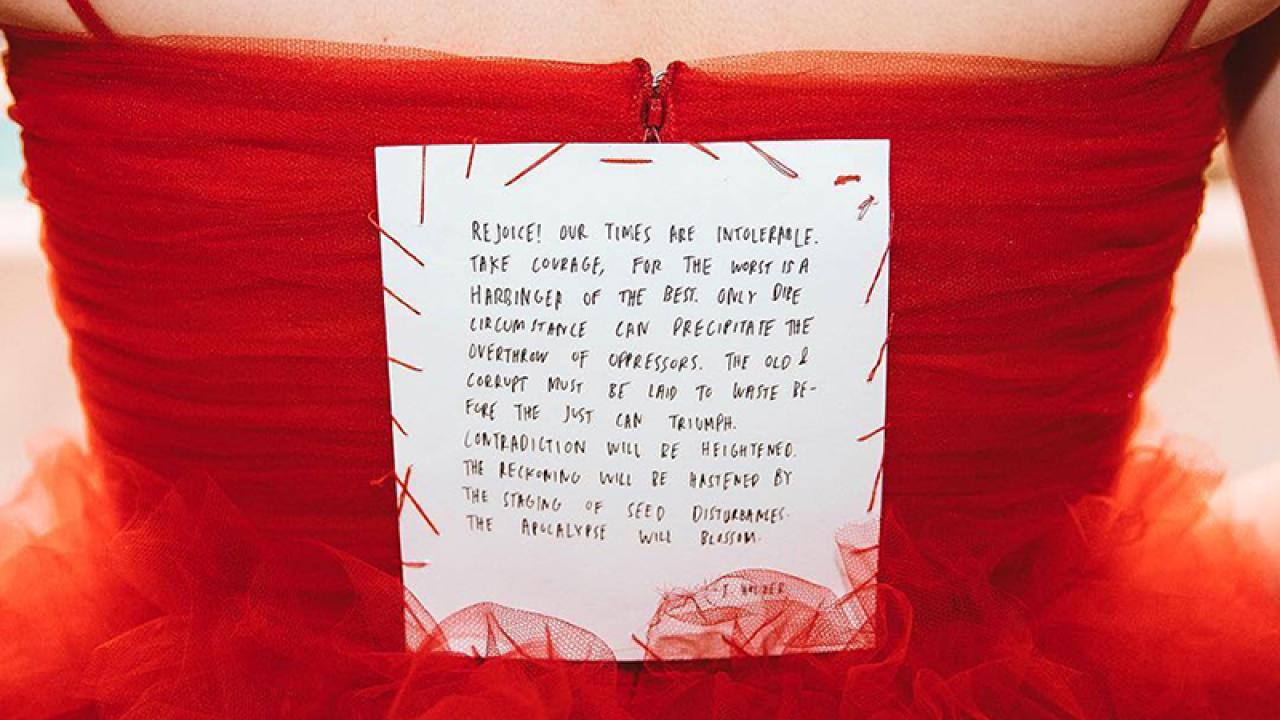 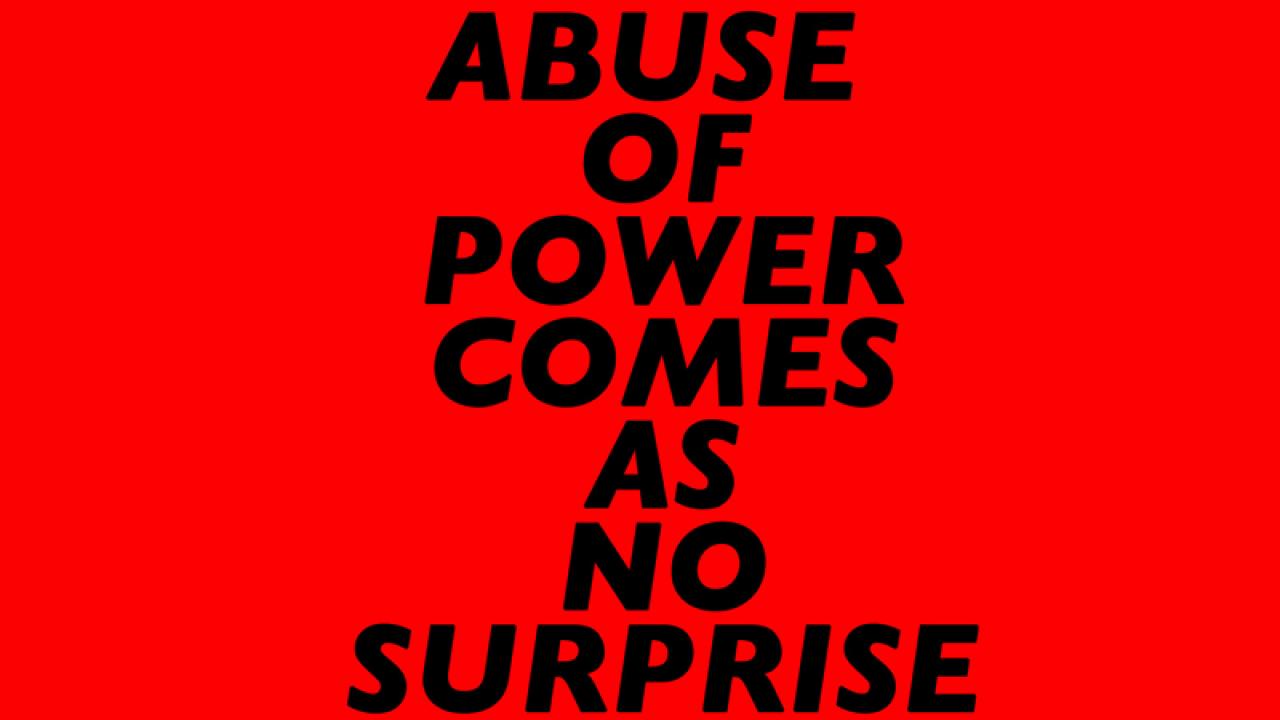