The month long ‘Financialization’ course recently held at Beirut-based non-profit art organization, Ashkal Alwan, addressed the ever urgent need, in contemporary art contexts, for sustained critical discussion of market capitalism. Having just arrived in Beirut from Athens, I was still ruminating on ‘Learning From Athens’ – the Athenian segment of documenta 14 – as I listened to Ashkal Alwan guest Ana Teixeira Pinto deliver a public lecture on global art and finance. Pinto’s focus was on the rise of neofascist aesthetic regimes. But the talk and ensuing discussion also touched on problematic contradictions apparent even in the international art community’s best-intentioned efforts, among which belongs documenta’s adventure in Athens.

In theory, ‘Learning from Athens’ might have seemed like an excellent opportunity to reimagine the role played by international art exhibitions – to dilate on the local, and reflect, in the context of a city gripped by financial crisis, on the casualties inflicted by the prevailing economic system. In practice, gestures to this effect – among them a strong programme of talks and performances, and numerous works that interacted in thoughtful ways with the fabric of the city – were swallowed by the exhibition’s own scale, including the main museum show at the EMST – National Museum of Contemporary Art, which was ultimately as nebulous as the curatorial language framing it [read frieze Deputy editor Amy Sherlock’s take on it here]. As numerous local and international voices have asserted, there was too little immersion in the social workings and ongoing travails of the city – too little learning from Athens – to justify the show’s governing conceit. It was thus encouraging, following my visit to Athens, to witness the probing engagement with locality evident in the recent projects of several Lebanese artists and curators.

Though it has long sustained a vibrant local art scene, Beirut’s status as a major destination for the art world’s jet set class was solidified in 2015, with the openings of the Aïshti Foundation and the revamped Sursock Museum. The former is a new exhibition space attached to a David Adjaye-designed luxury mall; the latter is an established local institution that has expanded its contemporary art focus (videos by Egyptian artist Maha Maamoun were on view during my visit). The same summer the glitterati descended on Beirut, the city was undergoing a catastrophic garbage removal crisis. Privatization and development run amok in Beirut at the expense of civic wellbeing. A vast influx of refugees from the conflict in Syria has increased existing sectarian tensions. Lebanon is a country of maddening contradictions, and local artists have learned to grapple with the perpetually shifting social and political landscape in manifold ways.

Few sites embody Beirut’s extreme contrasts like the B 018 nightclub, a Bernard Khoury-designed underground space built on the site of a former Palestinian camp razed during the Lebanese civil war. In Duo for Two Missing Persons (2013), a video work from Rabih Mroué’s current show at Sfeir-Semler gallery, B 018 figures as a grave into which Beirutis descend, seeking communion with the ghosts of the city’s violent past. Mediterranean Sea (2011), in the same show, sees the becalming allure of shimmering turquoise water projected onto the gallery floor disrupted by a lifeless body that floats into view. Like many works by Mroué, this one also references the traumas of Lebanon’s war years. Its unsettling evocation of the sea, however, takes on more immediate connotations in the context of current struggles to preserve Beirut’s last public access points to the waterfront.

My stay in Beirut coincided with a protest on the Dalieh, a piece of coastline slated for a Rem Koolhaas-designed luxury hotel. Under the direction of curator Amanda Abi Khalil, Temporary Art Platform brought artists together to stage interventions and raise awareness about the human and ecological impact of the planned construction. On an outcrop of rock overlooking the sea, Syrian children from a nearby camp passed several afternoons splashing in a portable plastic pool installed by artist Raymond Gemayel in a send-up of the hotel development’s planned infinity pools. Audio recordings made by Nadim Mishlawi in various caves and underwater locations documented parts of the Dalieh that are rarely seen much less heard. Hoisted into the air amid rows of concrete breakwaters was a white flag, installed by Omar Fakhoury, that simply read ‘Al-Bahar’ (‘The Sea’). The simple gesture, like the inspired project as a whole, called to mind a starkly literal appropriation of the May ’68 slogan, ‘Sous les pavés, La plage’ (Under the paving stones, the beach).

Further inland, Ahmad Ghossein’s solo exhibition at Marfa’ gallery centred on Southern Lebanon, where a complex history of French colonial rule, local feudalism, and Israeli military occupation has resulted in a system of land ownership based not on cadastral survey but on communal consensus. In parts of the region, ownership can be attained simply by laying claim to a piece of land and cultivating it for a period of ten years. Through drawings, maps, text, sculpture, and video, Ghossein’s show explored not only the emancipatory implications of this system, but the history of cartography in Lebanon and its entanglement with regional political and military strife.

Marwa Arsanios’s recently opened exhibition at the Beirut Arts Center, ‘Falling is not collapsing, falling is extending,’ provides further evidence of how local engagement can result in compelling art. The centrepiece of the show is a video that interweaves personal history with an examination of how developers have schemed Beirut’s inhabitants out of recreational resources that should be a collective inheritance. Whereas an earlier postwar generation of Lebanese artists – to which Mroué belongs – helped reinvent transnational contemporary art through speculative, archivally-oriented approaches to their country’s blood soaked history, Arsanios, like others mentioned here, is among a younger generation that is casting its gaze toward the struggles of the here and now, and demonstrating how the politics of locality can and ought to be integrated into contemporary art.

David Markus is a Brooklyn-based writer and academic. He teaches at New York University. 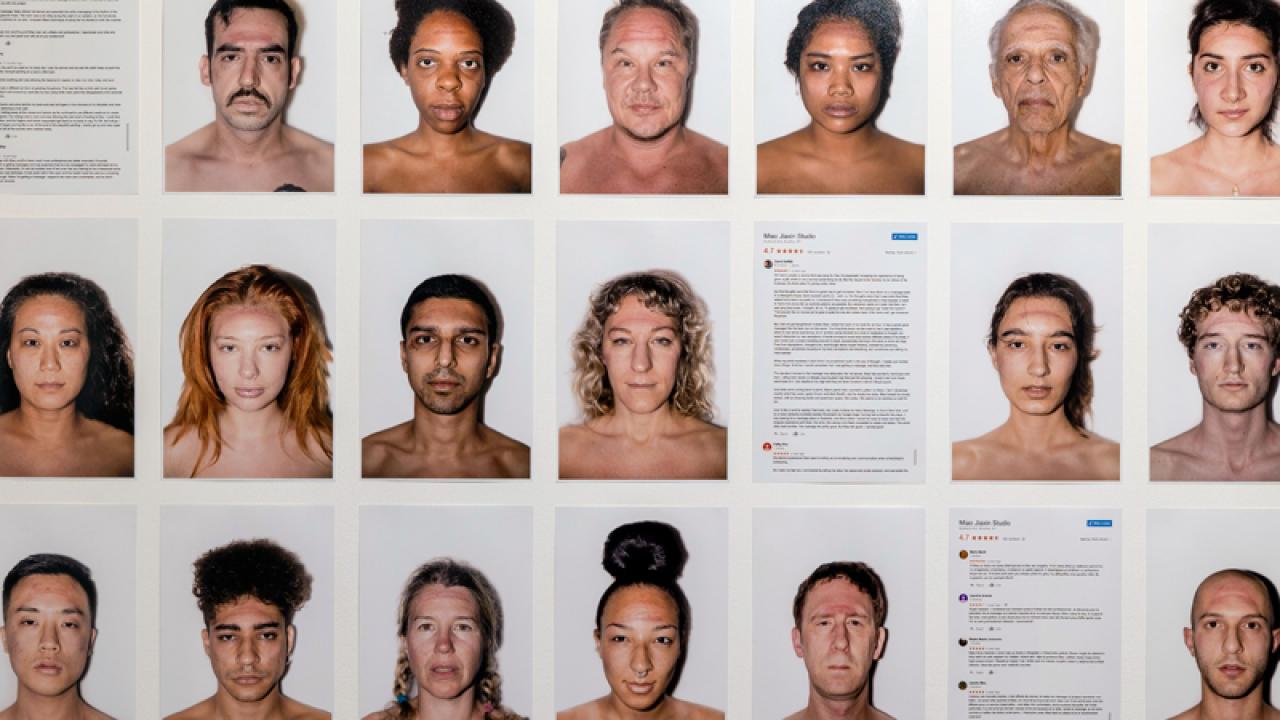 Reviews , Reviews Across Asia
What Now for Hong Kong (And for Us)?

Amid widespread civil unrest, a timely show at Para Site speculates on the future of labour and politics in our technological age