A
BY Alice Godwin in EU Reviews , Exhibition Reviews | 30 JUN 22

Two friends are entwined on a bed, sipping champagne. There’s anticipation in the air as the duo, clad in faux leather and snakeskin, laugh and talk. ‘What is missing in your life?’ performance artist Jesseline Preach (aka Fathoeburger) asks. ‘Everything … and, in a way, nothing,’ fellow artist and singer Don Jegosah replies. This is the kind of question asked in those in-between moments – before and after a party – when you’re coming up or coming down and the performative armour of the night is absent. It’s these instances that form the focus of Liesel Burisch’s exhibition, ‘Bring Time’.

For the duration of the two-channel video Never Stop (all works 2022), Jegosah and Preach, of the German artist collective One Mother, move from nondescript bedroom to deserted bar and back again, drifting from lethargic haze to charged moments of sensual release. At times, they are unguarded; at others, intensely self-aware. There is an elastic sense of time as their actions speed up and slow down, dissolving into ethereal movements of arms and hands. The video oscillates between moments of performance and inaction that both tantalize and frustrate. Along with the single-channel video Prepostpregame – in which Jegosah, Preach and the Swedish dance troupe JUCK get ready for a party – Never Stop hints at an ecstatic climax on a sweat-drenched dance floor. But the pulsing music that fills Overgaden never quite gets going. Burisch’s videos and accompanying production stills linger in the almost intangible spaces of the in-between. They deny the fair-weather partygoer (or the ‘Plug n Player’ as Burisch calls them elsewhere in the show) full access to the night.

On a separate screen, Maji Claire of the International House of Miyake-Mugler, appears dressed in leather chaps in an otherwise-deserted Overgaden, her electric movements captured by a drone. The video shifts to Bakken, a club in Copenhagen’s meatpacking district, where JUCK are dancing in the empty space with their signature thrust. (JUCK means ‘hump’ in Swedish.)

How not to lose in nightlife, a series of zines papered onto the gallery’s walls, provides insight into the party we missed. Having previously worked as a club promoter, Burisch knows only too well how the balance of a night can be thrown by the vampiric influence of sponsors and the embrace of the mainstream. ‘What is this sick need and tendency to “clean up” a space, neighbourhood or group of people?’ they wonder in the zine Who gets to have a good time around here anymore?.

If Burisch’s videos and photographic stills are a tender insight into queer spaces, their zines are a forceful manifesto, offering warm and wry advice on how to act inside the club, run a night, navigate the come down and get home safely. They point out the necessary evils of the club’s economic system and how crucial reinvestment is, demanding fair pay, health insurance and parental leave for the people that make the night special, as well as expanding our notion of the queer community to include figures such as the single parent who has managed to get a babysitter and is determined to dance.

It’s clear that Burisch is weary of the monetization of club culture and the dangers of taking without giving back, like the businessman who pays to attend the Burning Man festival but does nothing to help create the temporary city in the Nevada Desert. Instead, Burisch galvanizes their contributors through close collaboration, and makes art that is resolutely sustainable, down to the pre-used scaffolding that acts as an architectural framework for the show. Beyond the wealth you display or the image you project, Burisch suggests, the only real thing you need to invest to be part of the scene is time. Devoted partygoers, Preach and Jegosah end their night languidly beneath a disco ball; they have nothing left to prove.

Liesel Burisch’s ‘Bring Time’ is on view at O—Overgaden, Copenhagen, until 7 August 2022.

Alice Godwin is an arts writer, editor and researcher based in Copenhagen, Denmark 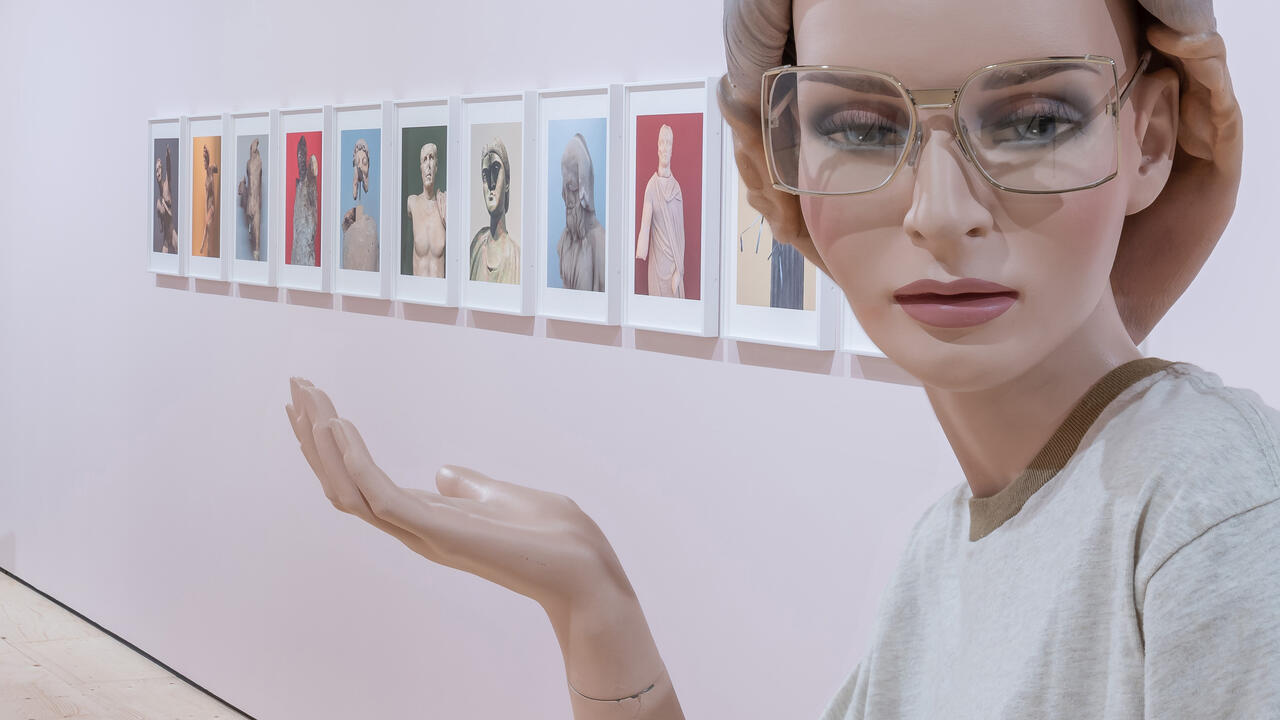