The body is a troubled thing. Parts of it wander the world in fragmented forms as pilgrims in search of the ecstasy that religion and a dirty joke can deliver. Sometimes, one body becomes nestled into another, as in, ‘hello my pet, hello my familiar’.

Sometimes one body reshapes another through repeated violence or an attempt to eat the other. Full absorption is thwarted by the indigestible; new bodies are formed.

There were times when I was King Charles VI, the Beloved one, when my body was made of glass. And all the courtiers would gather around with pillows stuffed with goose down, wrapping me in heavy woven blankets and rugs, protecting my fragility. It reminded me of the time I went inside my aunt’s dress on the day that we were wild men, dressed in pitch and lit on fire.

Four of the others died, their flaming genitals melting from their bodies into a puddle, but inside my 15-year-old relative’s dress there was a whole other cosmos, governed by a different sense of time, where clocks did not exist, and the burned colour of our skin signified ‘bygone’, though I was right here shouting ‘coeval’ to you across the muffling skin of glass. But you could not hear me; I was somewhere in the future or the past.

It seemed at times that I was the woman whose skirt enveloped me, and that, like Daniel Paul Schreber, the upper and lower gods, Ormuzd and Ahriman, conspired with fleetingly-improvised men to make my body into a woman’s, voluptuous and soft. Birds with little girls’ names would come and inject their corpse-poison and rays into my skin until it was the right satin consistency.

When I became this soft and pliable I was reshaped into a beast of burden, a non-human, and my mass was condensed into a single stone. During the British colonization of Egypt, an Egyptian labourer, angered at his stubborn donkey, threw this rock. It broke open to reveal the profile of Geoffrey Chaucer, the Father of English literature.

Speaking of fathers, there was this other one, Franz Boas, the father of American anthropology. In the archives at the Smithsonian, I read the notes of his colleagues belittling him, his Jewishness, his insistence on contextualizing other cultures. Context: a gesture of some presumed equality in the other, though it led a divergent path to atrocities like the display of human beings in zoos, museums and World Fairs. Boas intended it as a way to consider other cultures within a richness of parallel context, rather than placed within a continuum of European evolutionary Progress: a glimpse into the past, a time machine.

Boas made these slides of himself demonstrating a Kwakiutl Hamatsa dance as pragmatic models for those building a diorama for the US National Museum in 1895 that would include mannequins of indigenous peoples in the same poses. Perhaps unable to find or unwilling to ask indigenous people to pose for him, Boas nestled his body into that of the Hamatsa cannibal spirit, trying to fit his ‘distinguished ethnologist’ self into the emotional flesh of the other through the gestures of his arms, raised eyebrows, open mouth. In this slide he has on his full suit. In the next he is suddenly almost naked, wearing only some long underwear.

Black Panther Party leader Eldridge Cleaver wrote that James Baldwin was ‘a white man inside a black body’. According to Cleaver, Baldwin’s homosexuality (and the way it infused his writing) expressed a ‘sycophantic’ relationship to whites, hatred for his own black people, and a ‘racial death-wish’. By using the rhetoric of misogyny and homophobia, Cleaver conflated queerness with whiteness, an idea Baldwin perhaps internalized in Giovanni’s Room (1956), compressing his own personal experiences into a love story enacted by white characters.

Perhaps this is the internalized colonialism that Frantz Fanon speaks of, of imagining or longing for oneself to be part of the whiteness that is represented as the World. Sometimes I believed in my whiteness until confronted. Sometimes others believed and colluded in it too. When I moved into Echo Park years ago with a roommate who was a video artist, she wanted the iron bars outside her window to be repaired because she was nervous that the mostly Latino neighbours would see ‘two white girls moving in with all this gear’. ‘But I’m not white,’ I said, ‘and your gear is a bunch of old thrift store TVs no one is going to want.’ ‘Oh, you know what I mean,’ she replied. She wanted so much for us to be the same.

18th century New World Spanish Casta paintings (pinturas de castas) mapped out a visual taxonomy of miscegenation to contain and organize the anxiety such hybrid mixtures produced. Bodies are always losing themselves in unlike bodies – the bodies of other humans, non-humans, and the bodies of things. The boundaries are porous and this must be contained by terms that denigrate the other to the animal – mulato (mule), lobo (wolf), chino (from cochino, pig). But even such anxious systems fall apart at the seams, and the terms themselves begin to express befuddlement, confusion and a lack of clarity: torna atrás (return backwards), tente en el aire (hold yourself in mid-air), no te entiendo (I don’t understand you).

Candice Lin is an artist who lives and works in Los Angeles, USA. Recent solo exhibitions include at Gasworks, London, UK; Commonwealth & Council, Los Angeles, USA; and Ghebaly Gallery, Los Angeles; and she has had work included in group exhibitions at Los Angeles Contemporary Exhibitions, USA; Galeria Fortes Vilaça, São Paulo, Brazil; and Sculpture Center, New York, USA. In May, Lin will present a collaborative project with Patrick Staff at Human Resources, LA, USA, and will have a solo exhibition at Bétonsalon, Paris, France, in September. 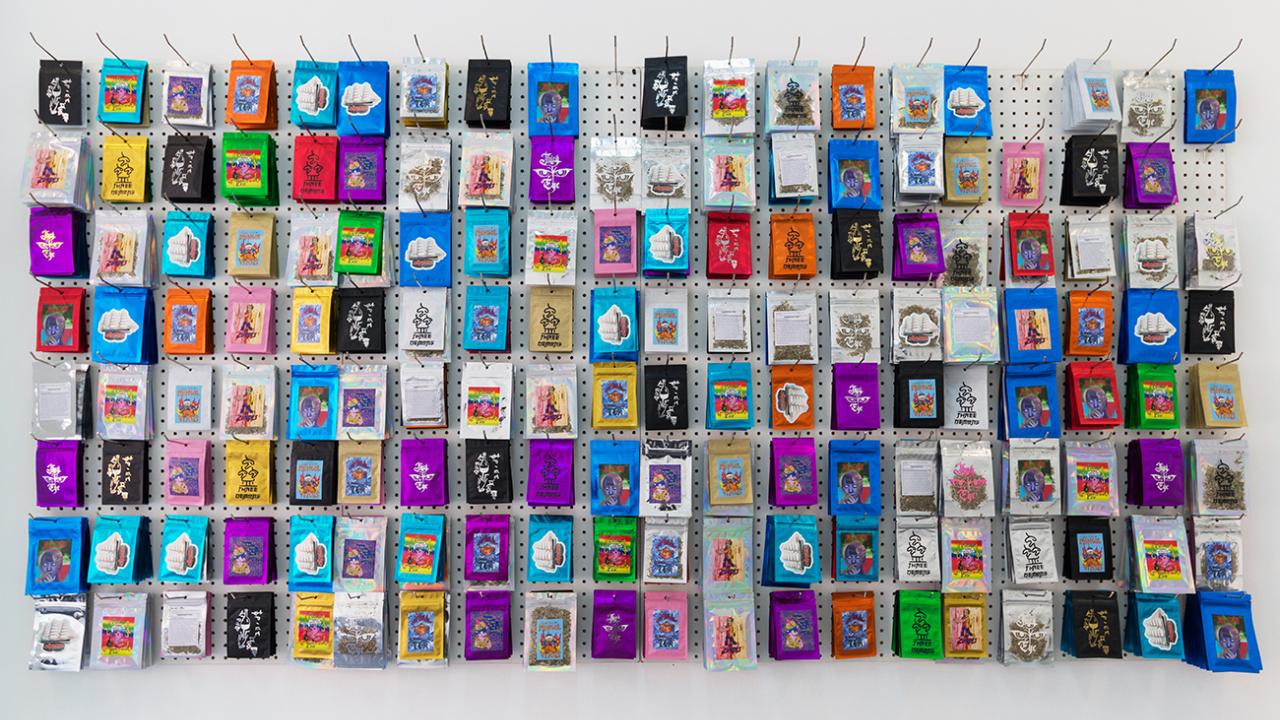 Reviews
Representing the Violent Histories of the International Drug Trade 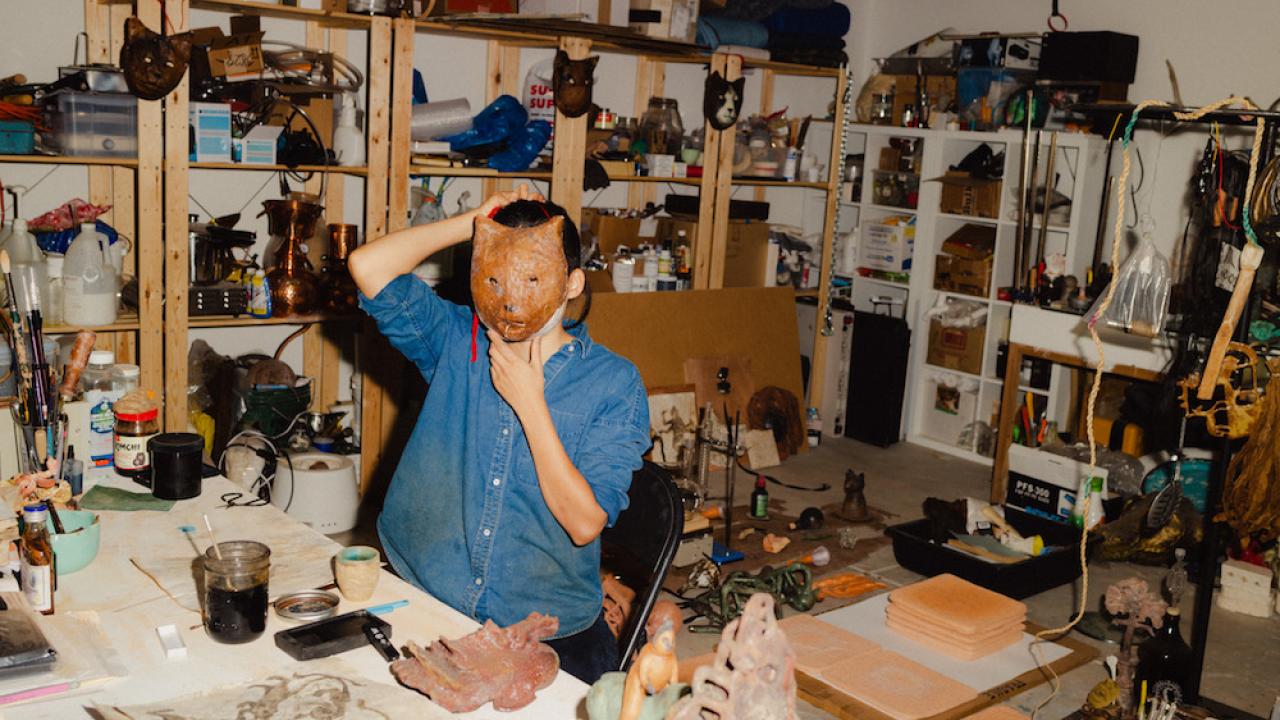 Artists are found in every district in Los Angeles; find Lin in Altadena 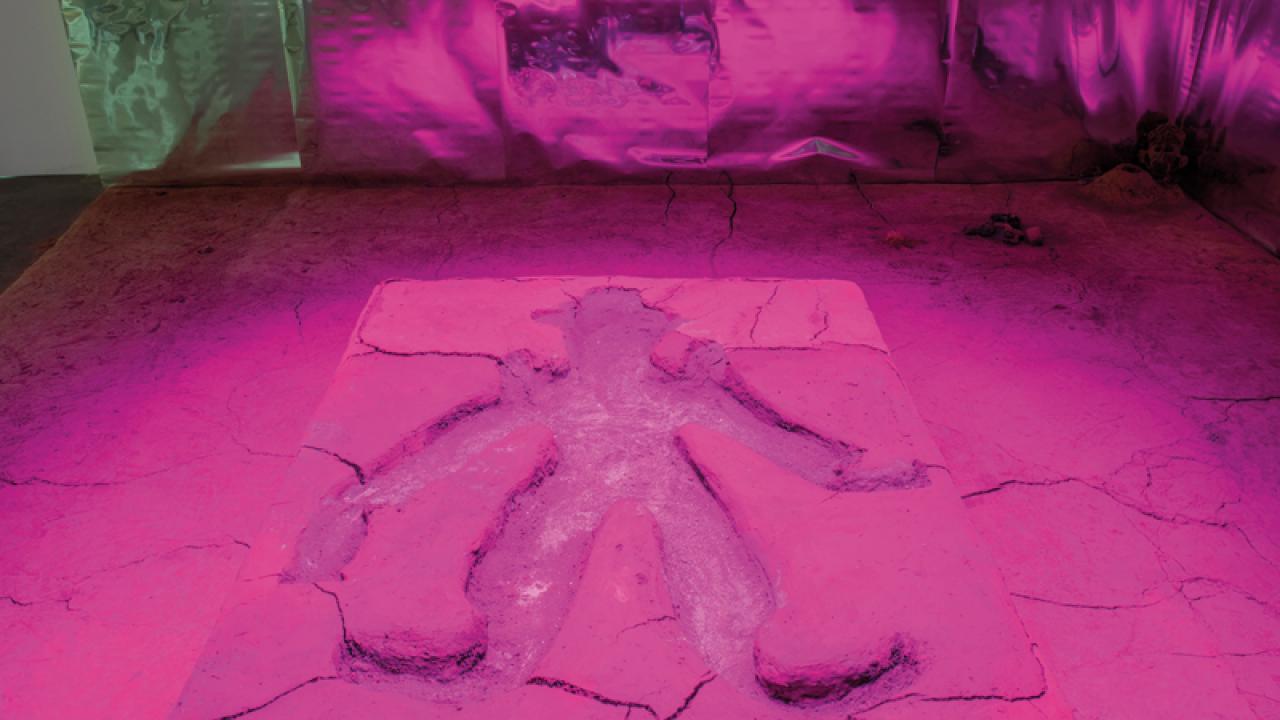