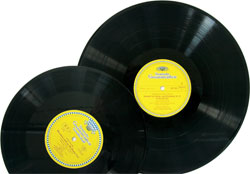 If music criticism today appears less Lit Crit’s hip sister than its yokel cousin, it has only its upbringing to blame. Without the ideological wars that characterized literary criticism in the 20th century – between imperialists and post-colonialists, feminist theorists and Freudian critics, Marxists and semioticians – music criticism has been left a mute 19th-century child at the table of important guests, unable to find the language in which to contribute anything meaningful to the conversation.

There are philological problems in defining equivalents and differences in the two disciplines that go some way to explaining their specific characteristics. Although music exists as a text, this text amounts to little more than a composer’s highly systemized crib notes. Unplayed, a score is an impressively constructed halfway house between a composer’s vision and the societal mechanism of performance. The same cannot be said of literature, which does exist as a physical text (ignoring here what Deconstructionists would argue). It is therefore to be expected that such a distinct system of cultural production – composition and performance – would have a unique system of analysis. These problems are more generally comparative as well: what we today refer to in Britain as literary criticism does not find its equivalent in music criticism but in academic musicology. Music criticism’s equivalent is to be found in the book review section of a Saturday newspaper, but with far less space.

There is no point behaving here like the eminent 19th-century German critic Eduard Hanslick, whose career was largely defined by his complaints about how much better Wagner would be if only he were more like Brahms. Yet the differences between the two disciplines should alarm us. Music criticism wears too heavily its ‘life and works’ origins in 19th-century musicology, having somehow bypassed the take-no-prisoner writings of Richard Wagner, Hector Berlioz and Robert Schumann, each of whom had vital philosophical and musical things on his mind. Moreover, it has failed to study its origins as a discipline and understand how they still shape its conclusions, as Edward Said has done in relation to Orientalism, or Claude Lévi-Strauss with anthropology. The canon is not considered in terms of imperialism or gender; performance rituals are not prodded; the power of technology is rarely probed. Fundamentally, the cultural function of music is mired in outmoded thinking, not least because European performance institutions today are either based on 19th-century models or have their precise origins in that century. Musicology questions all these things, but in isolation. ‘Crossover’ between musicology and music criticism does occur, but pollination between species is slow and hardly widespread.

The critical shorthand employed today is rarely helpful. Piano accompanists can be ‘sensitive’ or ‘supportive’. Conductors do frequently show ‘command’ or ‘authority’ as they bring about ‘tidy ensemble’ with ‘orchestral clarity’. Violinists are commonly ‘virtuosic’. Singers often present ‘clear text’ with ‘vocal maturity’. As Said argues in the case of Orientalism, the language we use and the systems we develop to explain cultural phenomena have marked social and political consequences. The above shorthand, however, reinforces old-fashioned notions of performance and peddles a cosy musical complacency in which the bar is set unbelievably low (congratulating an opera conductor for ‘tidy ensemble’ is like complimenting a bear on its ears; while not a valueless attribute, it is not really where one should be looking). Each musician’s title defines the terms in which he or she is then described, without anyone questioning whether these judgement criteria are in any way meaningful as far as performance is concerned.

Taking this argument to its logical conclusion, with a few (often brilliant) exceptions, musicians are left without mainstream intellectual advocacy of their work. This, of course, should not matter; one of the glories of live performance is its ability to side-step prescription and expectation, to confound those listening. Yet audience response, cultural policy and government vision for music rarely escape such prescription – all are born of the same system of thought. Music in Britain is today more marginalized than ever before. Our arguments for its continued survival need real intellectual substance.

Some critics I know have talked to me about how they would like more space and scope to write. On the whole, though, musicians and critics don’t talk together much. The reason for this is partially cultural, rather than specifically competitive or owing to a misguided notion of conflicting interests. In the third of his Reith Lectures the conductor and pianist Daniel Barenboim asked why it is that cultured, educated people talk freely of books, art and theatre, but rarely of music. He needed only to look to the audience at his first lecture for his answer, in which the responding questions (and, most unusually, his answers) were disappointingly middlebrow. Even with the genius Barenboim as guide, in this one hour it was as though music’s unwritten qualities meant that it could not be talked about except in the vaguest generalities.

Music is far less subjective than is commonly asserted. In any performance, way before ‘interpretation’ comes into consideration, there are absolutes to deal with: phrasing, voice-leading, colour, harmony, harmonic pace, intonation, overtones, articulation and space, for instance. In the same way that sentences have rules, music has its own syntax. The good music critics know this and remain a joy and an education to read; the bad help sustain the industry’s maze of smoke and mirrors.