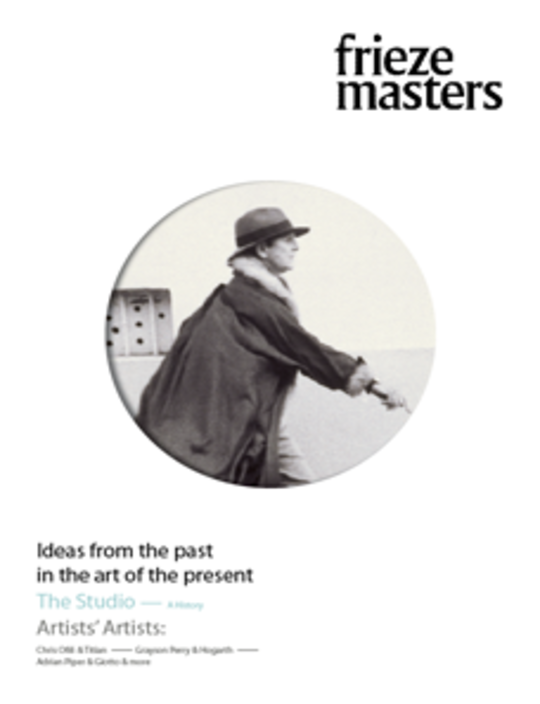 The word ‘painterly’ is a double-edged epithet when applied to cinema. It may imply that the director has an unusually refined visual sense, but — as if it weren’t enough to be merely cinematic — it can also suggest a snobbishness towards film itself. It’s as if film must better itself by visibly striving to compete with painting. There’s rarely been so evident a case of such rivalry as a new French film that makes the theme implicit in its very title: Renoir (2012). The name belongs to both the painter Pierre-Auguste and his son, filmmaker Jean; if the father’s work has come to connote reassuring conservatism, Renoir fils continues to embody Modernism, innovation and the bringing to sophisticated fruition of the new art form: cinema.

Yet Gilles Bourdos’s feature, which premiered in Cannes in May, is too much in thrall to the work of Renoir père to be properly filmic in its own right. Every image is shot to resemble his paintings; Christa Théret, playing model Andrée Heuschling, never looks anything but Renoiresque, from her backlit red hair to the lush contours of her nudity. Set in 1915, the film is crashingly obvious about the future of the Renoir heritage. Jean is warned about his prospective career choice: ‘Cinema isn’t for the French. It’s an art for the masses.’ In Cannes, this got a big laugh: in French culture, film still enjoys something of a quasi-religious status. Even so, as Renoir reveals, cinema continues to suffer from a sense of inferiority, still trying to outdo painting through rivalrous emulation.

Even while paying more-or-less reverent tribute to famous artists in the form of biopics, film cannot help revealing that, at heart, it’s most preoccupied with its own creative traumas. A film often held to embody all that’s ludicrous about Hollywood’s depiction of painting is The Agony and the Ecstasy (directed by Carol Reed in 1965), which is about Michelangelo painting the Sistine Chapel. The film has one surpassingly kitsch moment: the artist (played by Charlton Heston) climbs a mountain and sees God and Adam etched in the clouds, which are essentially a celestial trailer for the work he’s about to undertake. But The Agony and the Ecstasy is astute on the economics of creation: Michelangelo is a troubled, Kubrick-like director; Pope Julius II (Rex Harrison) the producer forever on his back about deadlines; the Vatican, a major studio, the MGM of its day; and the film itself a large-scale fictionalized ‘Making Of’, showing how the Sistine blockbuster was created.

Many other films favour the ‘Eureka’ model of art history, attempting to capture the specific moment at which an artist achieves greatness. A particularly egregious example is Pollock (2000), directed by and starring Ed Harris. This earnest study in biographical realism is at once reverent and demythologizing: Jackson Pollock is basically a morose, unpredictable guy whom you wouldn’t want to have around at parties. On the plus side, Pollock applies itself seriously to depicting the material drudgery of painting, the business of scraping away at pigment in a cluttered studio. But it features a number of ludicrously on-the-nose breakthrough moments, notably when a kneeling Pollock suddenly observes a trickle of paint at his feet; soon after, his wife, fellow-painter Lee Krasner, enthuses, ‘You’ve done it Pollock — you’ve cracked it wide open!’

Not dissimilar is the moment in Julian Schnabel’s Basquiat (1996) when Jean-Michel Basquiat (Jeffrey Wright) is discovered by poet/critic René Ricard (Michael Wincott), in a sudden flash of ‘who was that guy?’ revelation — instant pop star mythologization. Basquiat is a prime example of the ‘you had to be there’ movie that lionizes a Golden Age of hyper-intense creativity during which a host of legendary people could all be found in the same room if you were lucky enough to be there at the right time. Julie Taymor’s Frida (2002) is less a portrait of Frida Kahlo than a lurid, manic pageant in which famous faces (Leon Trotsky, Tina Modotti, Nelson Rockefeller) parade across the screen, while the Kahlo iconography is lavishly re-created like a stream of 3D carnival floats.

Not surprisingly, Vincent van Gogh has been the subject of several screen biographies: short-term defeat and posthumous vindication offer a mythic narrative of martyr-dom and exemplary irony. Robert Altman’s Vincent & Theo (1990) begins with the sale of a Sunflowers painting for £22.5 million, before showing the painter’s life as an extended calvary of discouragement. Vincente Minnelli’s Lust for Life (1956) — starring Kirk Douglas as a fevered, manic Vincent — is a film of intense energy, movingly presenting the artist as almost child-like in his compulsive enthusiasm. But the film has more than anything offered a hagiographic template for other directors to react against. Paul Cox’s unjustly forgotten Vincent (1987) is an epistolary film concentrating on the locations of the painter’s career, set against his letters to brother Theo; Cox brings us all the more intimately close to his subject in that Van Gogh himself never appears, except as a voice.

A similarly anti-mythical response is taken by Maurice Pialat in his 1991 Van Gogh. The film concentrates on the artist’s final days in the Gachet household, and presents Van Gogh (Jacques Dutronc) as a hard-grafting technician and a laconic sensualist who happens to have a serious clinical condition to contend with. In its rigorously pared-down naturalism, Pialat’s film is rare in presenting the past in the present tense, as it were — giving it a realist urgency without recoursing to anachronism. This makes it a close relation to Peter Watkins’s quasi-documentary Edvard Munch (starring Geir Westby, 1974), which austerely de-dramatizes the biography, placing the painter’s career against the artistic and philosophical currents of his time, and the economic realities of his Norway: unashamedly pedagogical, it’s hugely revealing about Munch’s work and personality, precisely because it eschews the personal, psychologizing approach.

Unsurprisingly, few films have dealt with female painters: apart from Frida, there’s Artemisia (directed by Agnès Merlet, 1997), an intelligent but somewhat staid drama about Artemisia Gentileschi (played by Valentina Cevvi), seen as a sensual, determined young woman destined to be written out of history by patriarchy. Where women most strongly exert their power in films about painting is in the role of muse: in certain situations, they can effectively ‘own’ the painting they inspire. The most traditional account of the artist–model relationship is Girl with a Pearl Earring (directed by Peter Webber, 2003) about the servant whose destiny was to provide the image for Vermeer’s most famous painting — although it’s also suggested that her personality is the real power that suffuses the image, which Vermeer effectively transcribes. Read as an allegory of cinema, however, the story is about the director’s work in revealing the ineffable charisma of the starlet, in this case a glowing-cheeked Scarlett Johansson. 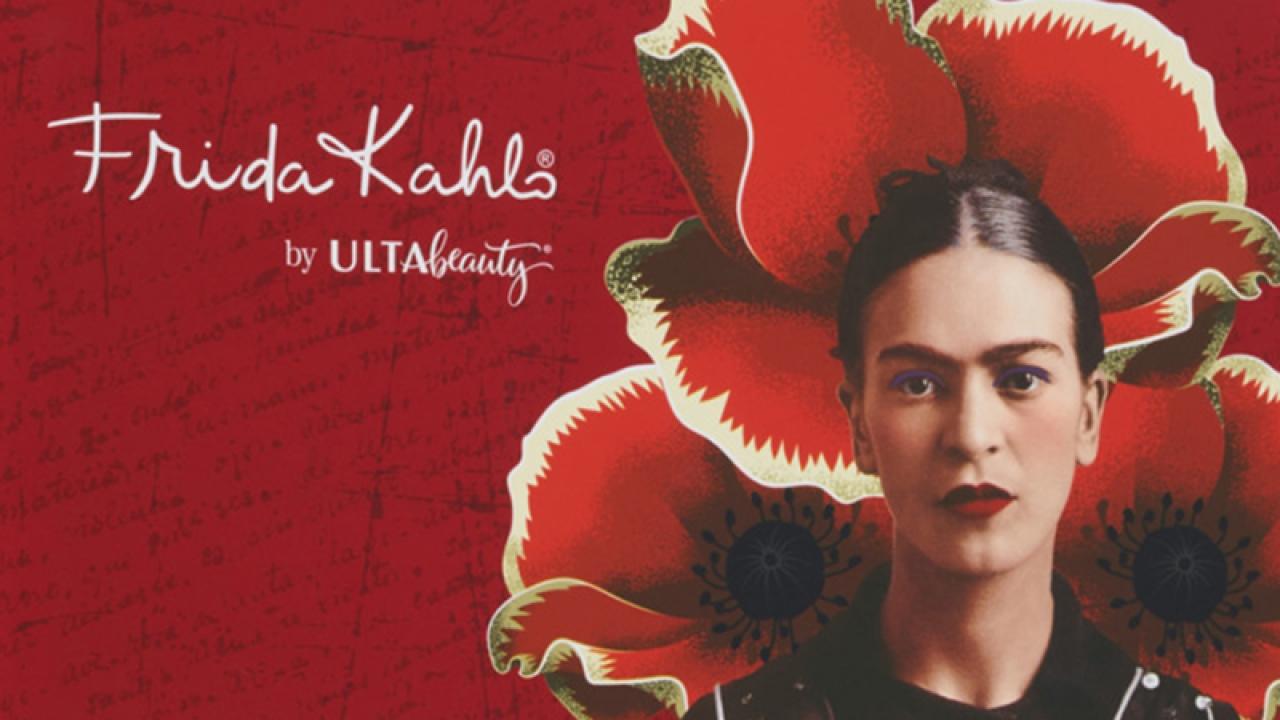 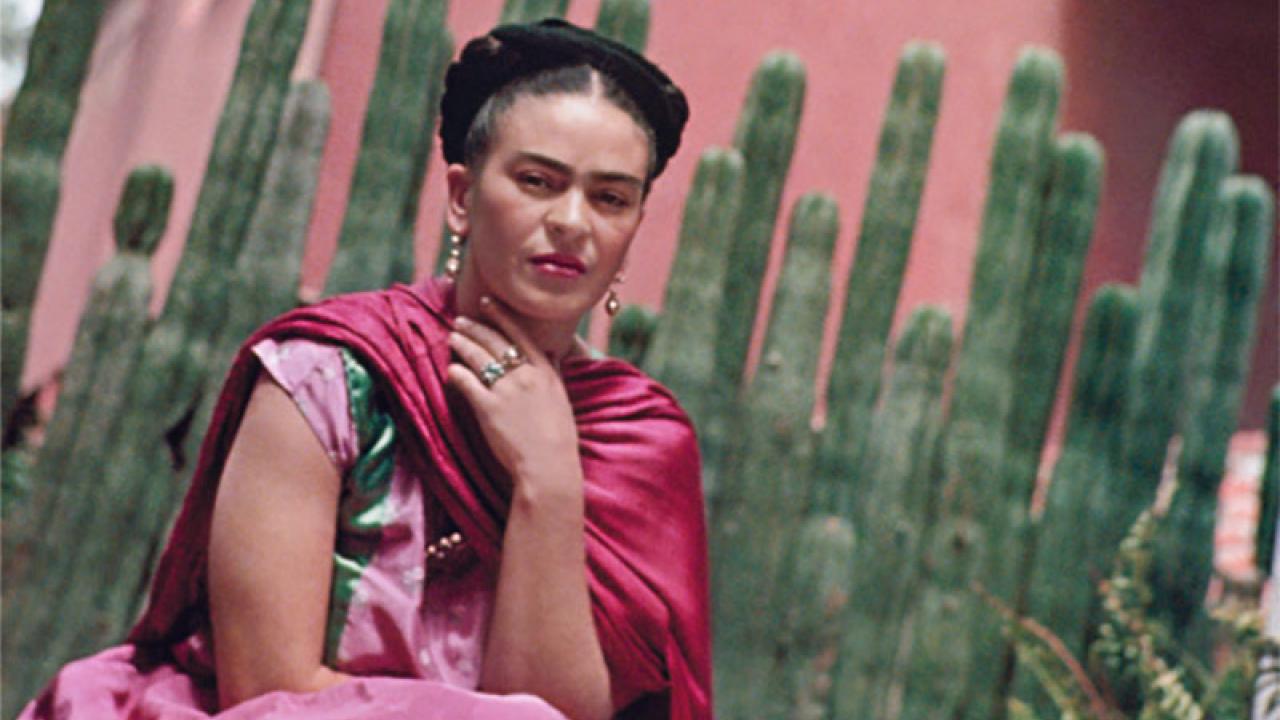 News
Could This Be Frida Kahlo’s Voice?

‘Warm and melodious’: sound library discovers what may be only recording of Mexican artist 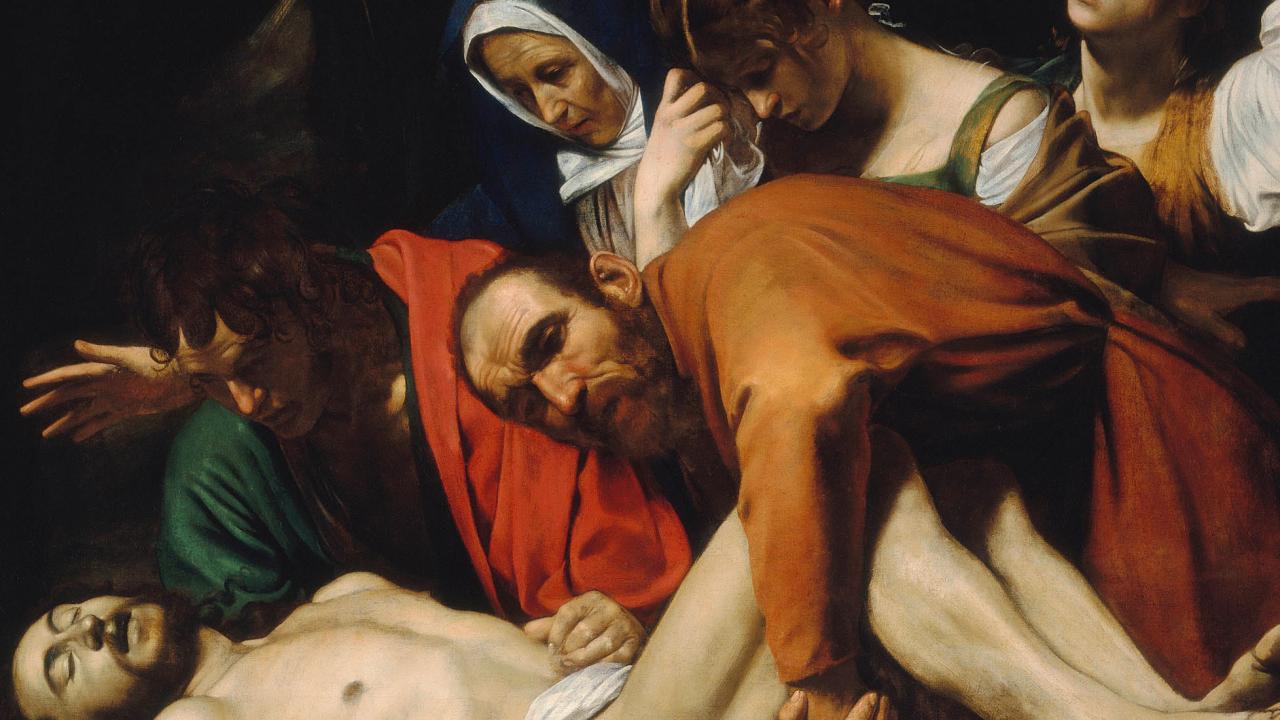 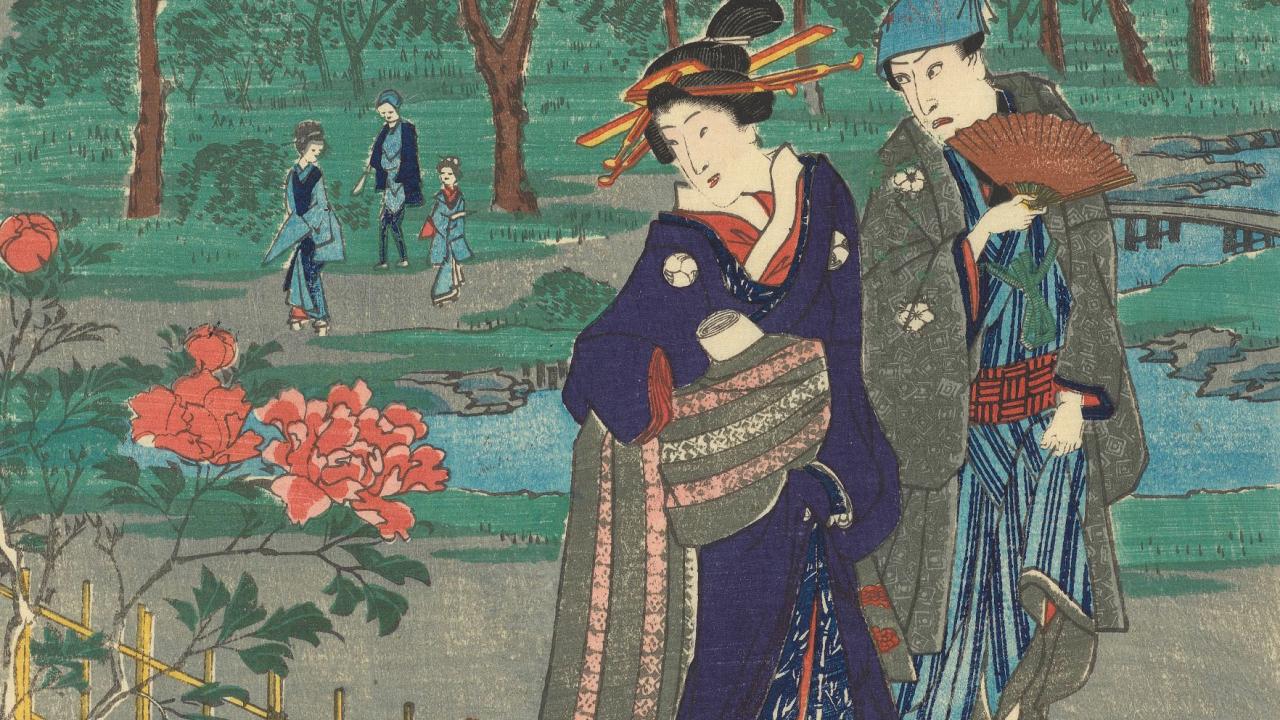 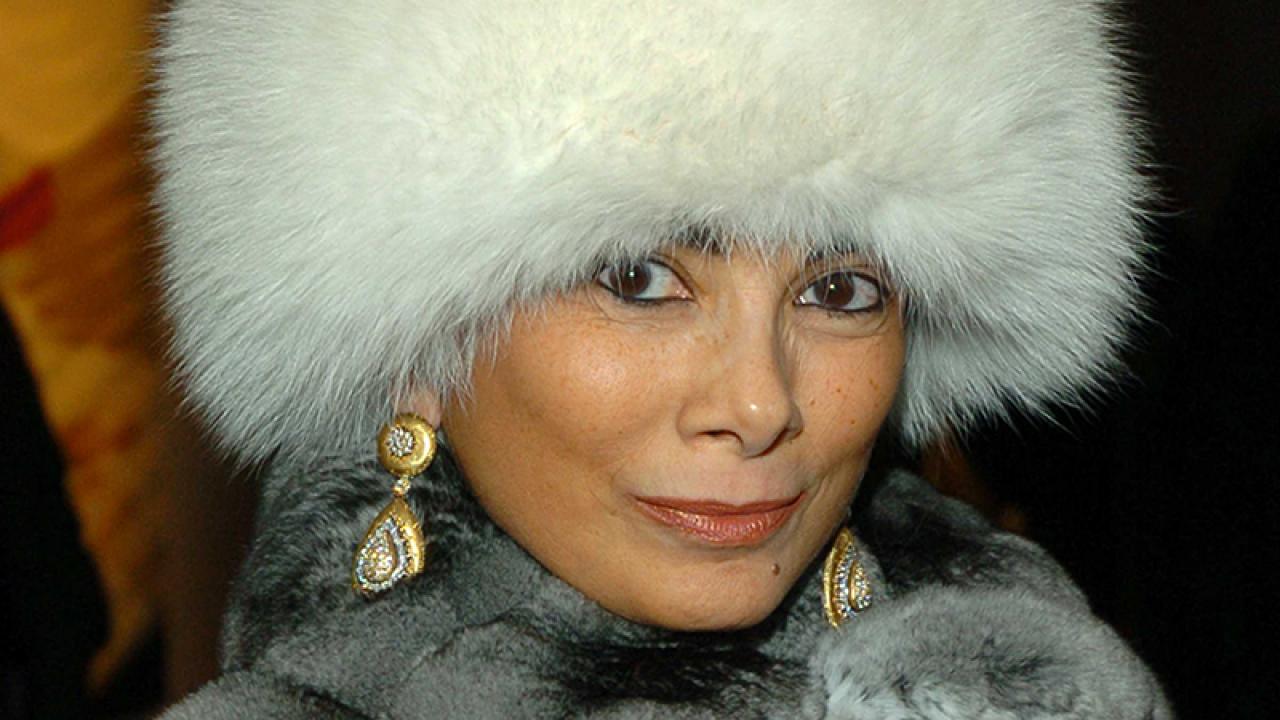