Reproductive Futurism and the Politics of the Death Drive 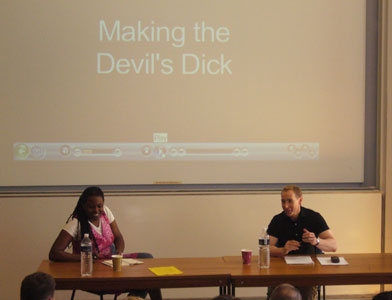 Lee Edelman’s No Future: Queer Theory and the Death Drive (2004) is one of the most challenging and shocking works of theory to have emerged in recent years. No Future accepts but transvalues the homophobic claim that, since homosexuals cannot reproduce, they have no investment in the future. In a culture dominated by the imperatives of ‘reproductive futurism’, Edelman argues, the child serves as the ‘perpetual horizon of every acknowledged politics.’ But what if the apparently irresistible ethical appeal to the child were refused? Edelman’s name for the abject figure that makes this refusal – exemplified by Ebenezer Scrooge, Silas Marner and Leonard in Alfred Hitchcock’s North by Northwest (1959) – is the ‘sinthomosexual’, a neologism that plays on the Lacanian ‘sinthome’, which itself condenses several ideas (the symptom, the synthetic man and the saint). In Edelman’s view the sinthomosexual incarnates the much-misunderstood concept of the death drive. When Sigmund Freud originally posited the death drive in his epochal Beyond the Pleasure Principle (1920), he was partly thinking of the already familiar notion of a ‘thirst for annihilation’. But in the hands of Freud’s later interpreters Jacques Lacan and Slavoj Žižek the death drive becomes an immortal craving that will persist in spite of death.

The most troubling aspect, not only of Edelman’s presentation but of the whole day, was its inability to articulate any positive version of collectivity; to think beyond the stale opposition between the community and the heroically solitary individual. Professor Mandy Merck, the most impressive speaker of the day, trenchantly observed that the context has changed since Edelman wrote No Future. Now that the horizon of contemporary politics is darkened by the threat of eco-catastrophe, a situation that the patter of more and more tiny feet will only make worse, the injunction to reproduce is losing some of its moral force. Will global warming compel a collective politics that, for the speakers at ‘No Future Together’, was previously unthinkable?