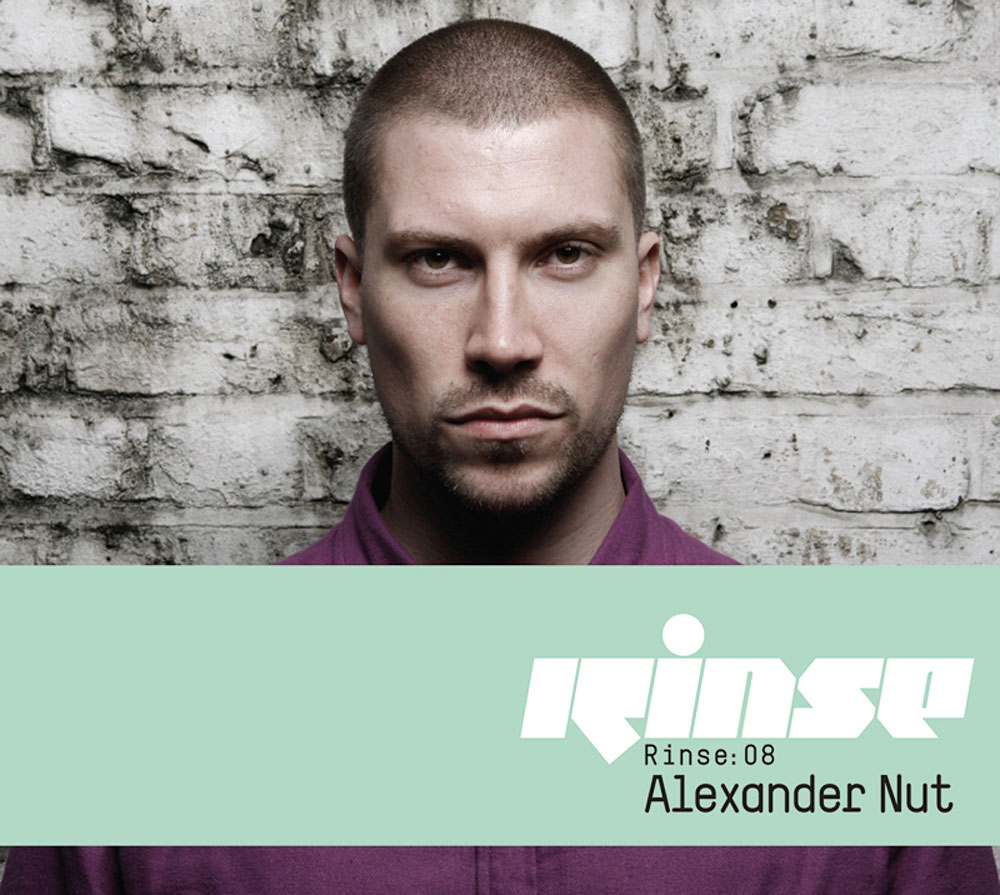 Rinse FM is largely responsible for shaping the uncompromising sound of London’s urban dance music of recent years: grime’s gruff MCs and icy synths, the pummelling bass wobble of dubstep, and, more recently, funky’s fusion of soca rhythms and smooth US garage. Founded as a pirate radio station 15 years ago, Rinse now has mainstream legitimacy, extending its East London reach by maintaining an influential online operation and a series of mixes by some of the station’s mainstays. Alexander Nut’s sunny 22-track mix is the eighth in the series. Elastic enough to take in dancehall and electronic soul, the relatively unknown Nut’s selection is unhurried, offering breezy respite from dubstep’s paranoiac intensity as laid-back electro gradually mutates into darker and dubbier hip-hop.

Highlights are tracks from Zomby, Bullion, Hudson Mohawke and Joker, four producers who are, in different ways, representative of what has become known as wonky. Less a genre than a theme or approach, wonky broke just last summer – this is the first time that it has been included on a commercial mix CD – and is still in that charmingly unformulated stage at which a name hasn’t quite been settled on. Sasha Frere-Jones at the New Yorker has plumped for ‘lazer bass’, others are calling it ‘beat-tape’, while Rustie, a teenage Glaswegian producer sadly missing on this compilation, comes closer to evoking the off-kilter effulgence of the sound with ‘aquacrunk’. Though rejected by many of the producers themselves, it seems that ‘wonky’ is sticking for now. Coined by London-based critic Martin Clark (who DJs and produces as Blackdown), the term isn’t a bad attempt to define a shared and omnivorous approach that radically destabilizes a wide range of bass-led music: dubstep, mainstream hip-hop, r’n’b and early rave. A cause for some excitement has been its ‘de-quantized’ drums – that is, percussion tracks programmed live so as not to sound too metronomic – though the synths, swaggering and swerving, carry much of the weight. There is a real heft to these stuttering and slurring mid-range melodies, punctuated by jagged trebles and eight-bit splatters. Building unstable and excessive structures from dubstep’s ascetic blueprint, these young producers show little reverence for dance music’s carefully guarded canon. Indeed, in answer to the question posed by the title of Zomby’s recent album, Where Were You in ’92? (2008), these guys spent the early 1990s in primary school rather than at raves.

The feeling of sensory overload favoured by these producers seems fuelled by the instant access of online music downloads rather than record shops’ emphasis on genre divisions. At present this young scene seems split between geographically diverse bases, and, though certainly London-focused, Rinse:08 stretches to Bristol (Pinch), Detroit (Waajeed), Glasgow (Hudson Mohawke), and Los Angeles (Flying Lotus). Nut’s patient and measured album is wise not to compete with the dozens of hyperactive (and somewhat tiring) mixes to be found online, instead representing wonky’s main players alongside fresh-sounding recent approaches. As with the futuristic soul of Morgan Zarate’s ‘M.A.B.’ or Marco Polo’s ‘Relax’, which tricks out A Tribe Called Quest’s classic ‘Electric Relaxation’ (1993) as a sweet summer jam, Nut offers a sultry counterpoint to the sometimes boorish machismo of recent British urban music.