Send in the clouds

An interview with Dan Graham Chrissie Iles  Tell me about your Hayward Gallery commission, Waterloo Sunset (2003), which is the first permanent artwork installed at the Hayward Gallery since the kinetic sculpture Neon Tower by Philip Vaughan and Roger Dayton in 1970.

Dan Graham  Well, my work is not sculpture, so it has no relation to that. The Hayward director, Susan Brades, had seen the DIA Foundation piece and probably guessed that I designed the coffee bar and the videothèque. There, I wanted to make a connection to the 1970s, with artists' performances and music. I also wanted to show cartoons for kids, but that didn't happen. The idea was to have Sonic Youth perform there, also Laurie Anderson, and to make it into an arts centre, because it was such an elitist space. And I think Susan also saw the Café Bravo, which functions the same way.

CI  How does the Hayward pavilion work?

DG  It's an ellipse. There is a day-care centre, which has cartoons, CD-ROMs, Sister Wendy videos and videos about art - and the kids. There are six different flat monitors on six sides showing programmes. It's very similar to a piece I did in 1986, a design for showing video, which also had six different monitors. People could lie down; it was about making people horizontal, not vertical. I want people to lie down as if in a comfort area. It can also be used as a corporate entertainment area at night.

But the main thing is, I'm very involved with the site all the time. In England, I love John Constable, I love John Martin; they are perhaps my favourite artists - clouds are very important. So the pavilion faces the clouds, which change often, and with the two-way mirror you get reflection and transparency at the same time. It keeps shifting, depending on which side has more sun and becomes more reflective. The kids see themselves observing other kids and themselves observing as they observe the videos and computer. It's a little bit like a drive-in cinema.

CI  We were talking earlier about the idea of the Baroque, in relation to the ellipse form of the Hayward pavilion.

DG  I've been working with ellipses for about 12 years. George Bush Senior had a great speech-writer; he said he wanted a gentler and kinder America, and I think corporations also want a kinder and gentler corporation. So what they do now, as it's a very narcissistic period, is buy for children, and we buy for ourselves as children, and everything is gentler and kinder. Notice there are flowers everywhere on the streets now. It's not ecology as it was in the 1970s, it's a gentle and kind way of getting out of the bad 1980s and 1990s.

A lot of my work comes from the Amalienburg Pavilion in Munich, which is Rococo. What is interesting about it is that you can see in all four cardinal directions, east, west, south, north, and there are mirrors between them. So when you look you see all the directions, with silver foliage, which is the topiary outside. When the King comes, the windows are opened and the sunlight turns the silver into gold, because the King was an alchemist during that period.

Now corporations want two-way mirror glass because it's transparent - reflective on the outside, which means the corporation looks like the sky, and transparent inside, because light is flowing outside, so people from inside can see outside without being seen - it's a kind of surveillance. So I try to deconstruct that. It's an emblem of the city, but I make it both transparent and reflective simultaneously. It's about people's perception process, otherwise known as 'the mirror stage'.

CI  How do these ideas relate to the particular architectural context of the Hayward Gallery and the Thames shoreline in London?

DG  Well, my work since the 1980s has always reflected not only the sky but also water - and changing clouds. The Hayward piece is not only a mirror stage for kids, it's also for parents. I'm using punched aluminium, an influence from the Japanese architect Itsuko Hasegawa. The kids can look on the other side through the tiny peepholes, but it also makes patterns as the light changes. Boys on the inside will see giant enlarged images of themselves, whereas older women on the outside will see a very thin version of themselves. All my works are topological in some way: they're about the skin of the body in 360 degrees and the skin of the sky in 360 degrees.

I'm excited about doing all the detailed work with Graham Haworth - a great architect, not so well known. We both love Manchester music - Joy Division, The Fall and The Buzzcocks - great male bonding and great architecture go together.

CI  How do you think your work is read in a British context? You have shown in London since the early 1970s, but England has a very different Modernist tradition to that of Europe and America.

CI  And his design for the South Bank fairground project of 1964.

DG  Yes. England also has Erno Goldfinger, who made amazing buildings, and it has Nicholas Hawksmoor, who did the first Baroque architecture. I made my first show of architectural models, which led to the architectural pieces, with Mark Francis at the Museum of Modern Art Oxford in 1978. The Hayward pavilion is akin to the great things that Price did. He designed an amazing unbuilt project called 'The Potteries Thinkbelt', which Robert Smithson picked up on; it was a circuit of spaces for studying, invention and new discoveries, converted from the decaying industrial buildings in the Potteries, all linked by the old railroad.

CI  It's tragic that such an important, utopian project wasn't realised. The fluidity of Price's designs seems akin to your structures. The perforated walls of the Hayward pavilion remind me of a video screen; you said the holes were like pixels. So you're suggesting a double kind of image: the actual video, and a material reference to the video image, which will perhaps be affected by the people walking outside and in turn create another image. This relates to your very early time delay mirror installations where you're looking at yourself and also watching a mirror image of yourself.

DG  Yes, they're all about the spectator's perceptual process. There were two important influences on me. One was John Chamberlain. For the exhibition 'Westkunst' (1981), co-curated by Kaspar Koenig, which was all about the end of American art's influence on Europe in the 1970s, Chamberlain made foam couches, where you could lie down and feel other people's bodies on your body in a fluid situation, very much like a Hippie drug trip. On the arms he put TV monitors, showing commercials from America.

Another huge influence is Hasegawa, the architect I mentioned earlier. She designed a children's museum in a complex in Japan that also has a community hall, a weather station and an area where children and old people can look at videos. I owe an enormous debt to her, but now she's stealing from me, we steal from each other. She's an amazing woman.

CI  You also mentioned the importance of Larry Bell.

CI  What drew you to Bell's work?

DG  It was about modern surface; he made it into a jewel, but he could have made them larger and outside.

CI  How about the transparency of Mies Van der Rohe?

DG  Let me tell you about Mies's Tugendhat House in Brno. It's a Palladian villa for a businessman with a conservatory at the side, and it's landscaped, because all of his work is about landscape architecture, coming from Karl Friedrich Schinkel. The exterior is drawn into the interior. A free-floating onyx wall divides the front window from the back area of the living room, and you can see the sunset reflected on its surface. It's all about nature. It also has curves, mirror concave columns, very much like my work. The work is about optics, not materials. Mies' work is also, like mine, about the beginning of perception; it's about the mirror stage, and peer perception.

CI  People generally feel uncomfortable in transparent Modernist spaces. But in your pavilions, perception determines everything you do in the space, and you become absorbed in exploring that. You're never simply confronting your own image, you're always considering it through another plane or reflection, which allows you to explore the space.

DG  Well, to be honest, it's a little on the edge of schizophrenia, like Gregory Bateson was, and also Jacques Lacan. Actually my work comes a lot from the Wilhelm Reich therapy I had.

DG  Well it's about body armouring and getting the energy outside, so in my early films it's about the outside of the body - and a lot of Frederic Kiesler, who influenced Hélio Oiticica. Reich is the predecessor of body flows, energy flows. I was using that as subject matter before Gilles Deleuze and Felix Guattari. The work is just on the very edge of the beginning of childhood, when you see yourself as seen by somebody else who sees you as you see them. The Gaze of the Other, which is from Jean-Paul Sartre.

CI  Isn't it also important that your work began at a moment before the computer screen absorbed everybody's attention?

CI  People's relationship to space seems to have fundamentally changed, because they see everything visual through the filter of a computer screen, whether they're looking at one or not, and the computer screen flattens everything.

DG  It's the same problem when people go to school; they're destroyed because everything becomes Cartesian. My work is anti-Cartesian. It's also against the triumph in the city of the corporation. But I don't go against the city; it's enveloped in what I'm doing and it doesn't have that cliché of Situationism. It comes from the tradition of the museum which began in the Renaissance, and Renaissance gardens, which had philosophical and allegorical ideas.

CI  What about the work of Carl Andre, who took sculpture down to the floor?

DG  I don't come from sculpture, I don't know anything about it. People sitting on the floor has a lot to do with drive-in cinemas, and Chamberlain's couch. It's post-Hippie. But I don't make people do anything that's sculpture; I hate sculpture. I like Judd because he was so extreme, and claimed his work was not sculpture.

CI  You said that Robert Mangold, who is a painter, has also influenced you.

DG  Yes; I use a lot of ellipses and anamorphic imagery, and also he has a sense of humour. The work is a little like Roy Lichtenstein; it has clichés of modern suburbia; he actually used Masonite before Judd, and modulated colours that were like sunsets.

CI  What do you think about the ways in which people's perception of their physical selves has shifted as the environment has become more virtual?

DG  We had that in the 1960s. My piece Schema (1966) is about that; it was about computers taking over. This is just a repeat of the 1960s, and it's over-hyped. Some of the first people at Microsoft were involved in LSD. The virtual they wanted is beyond mechanical virtual. Computers eliminate the past, and perpetuate misinformation. My idea of the Just Past comes from smoking marijuana, and it's also about Walter Benjamin's idea of the Just Past. Like the song by the Rolling Stones: 'Who Wants Yesterday's Papers' (1967) ... 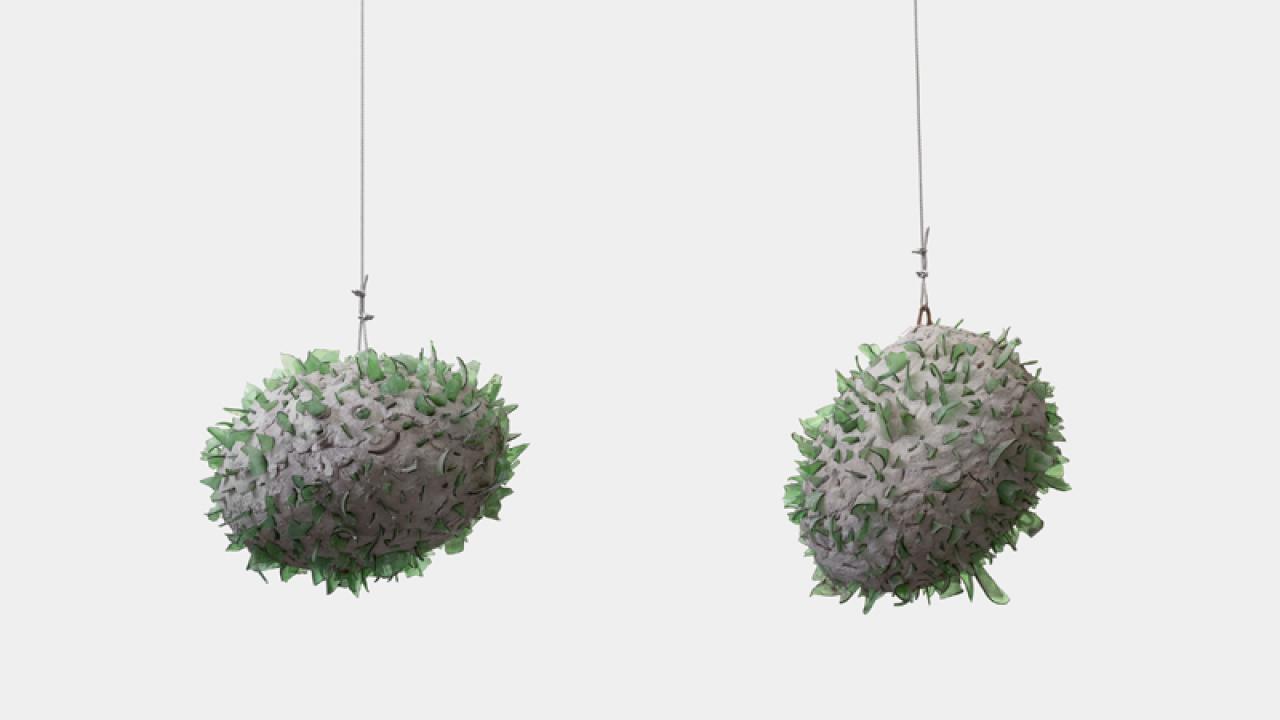 From explorations into the varied meanings of ‘Asia’ to an uncomfortably personal solo show, highlights of the best shows across the city 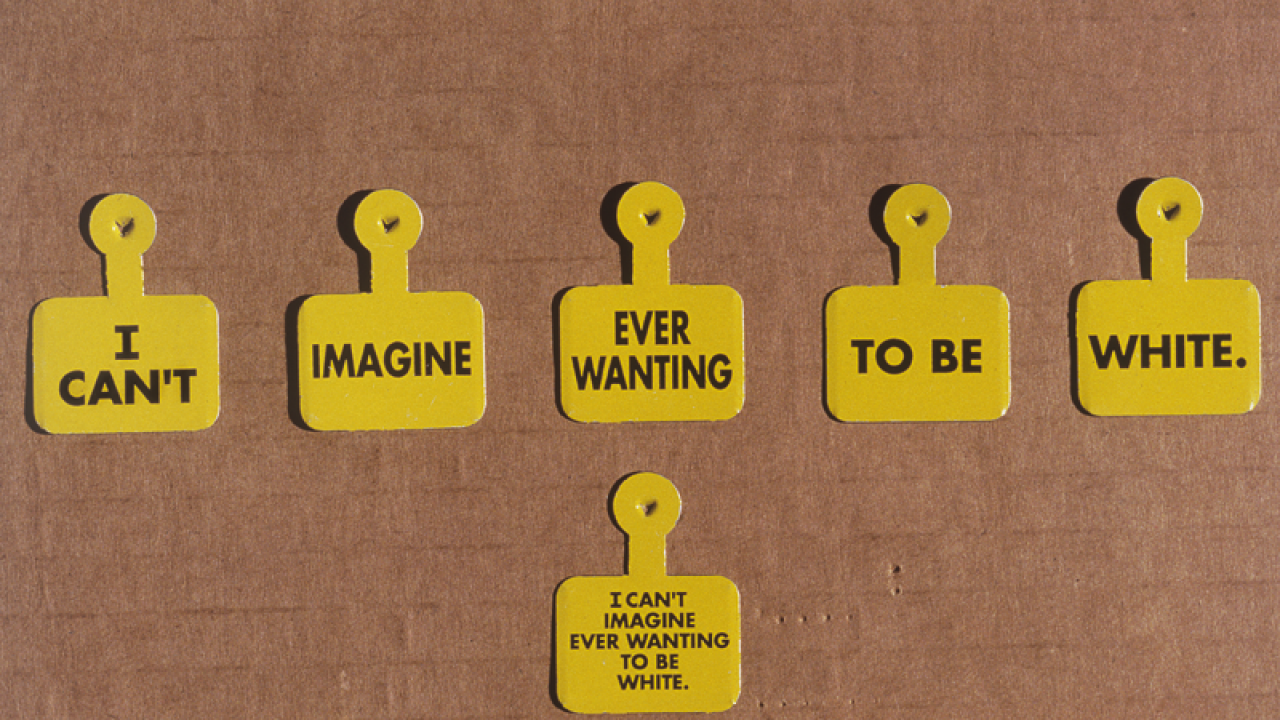 The evolution of the Whitney Biennial, an American institution 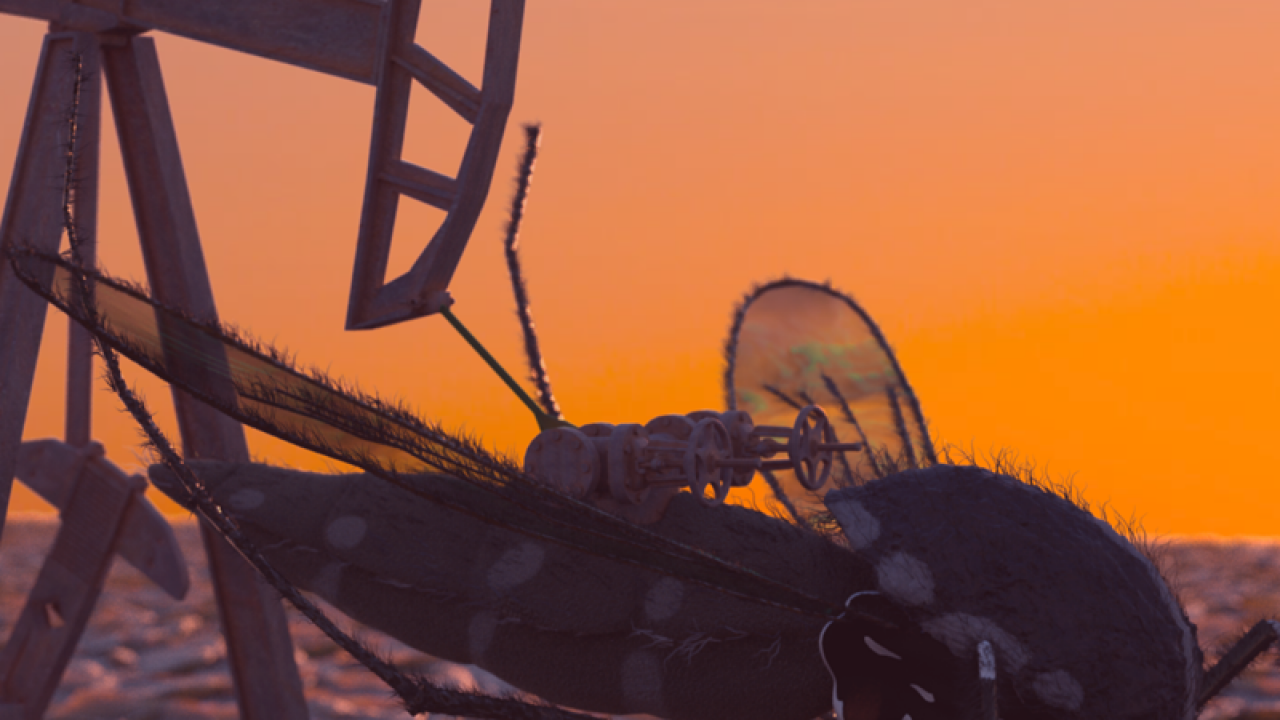 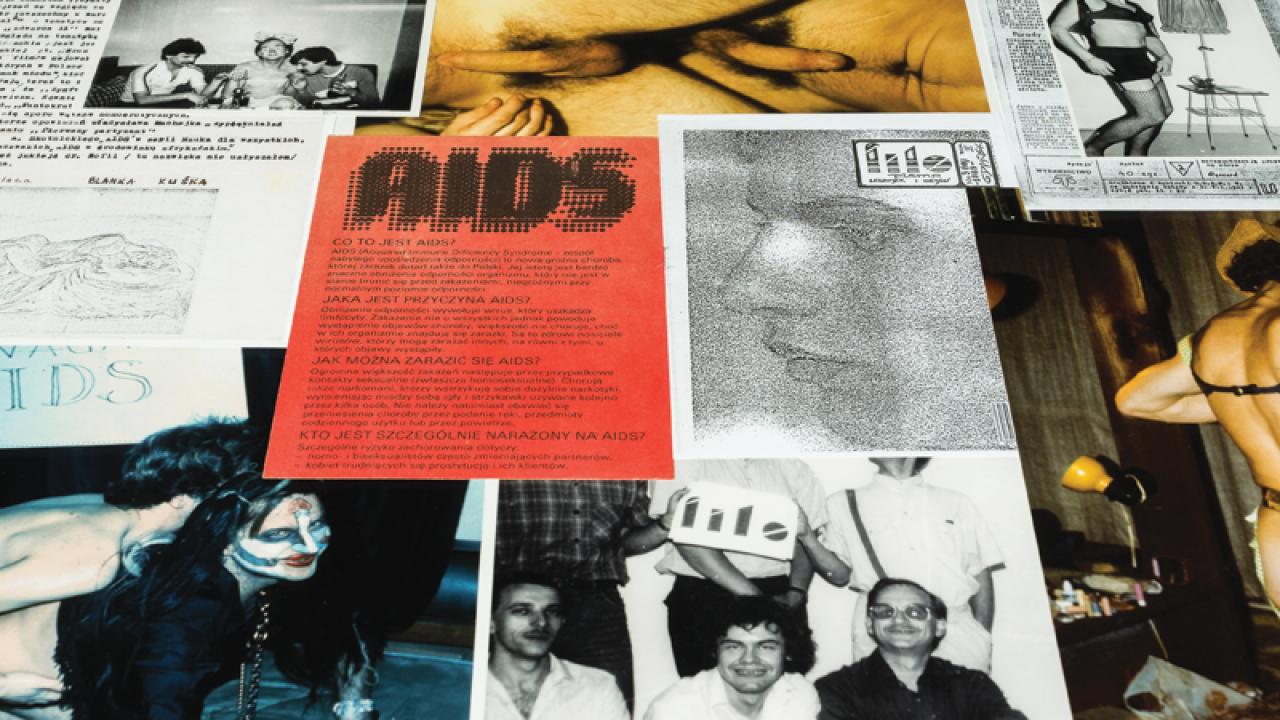 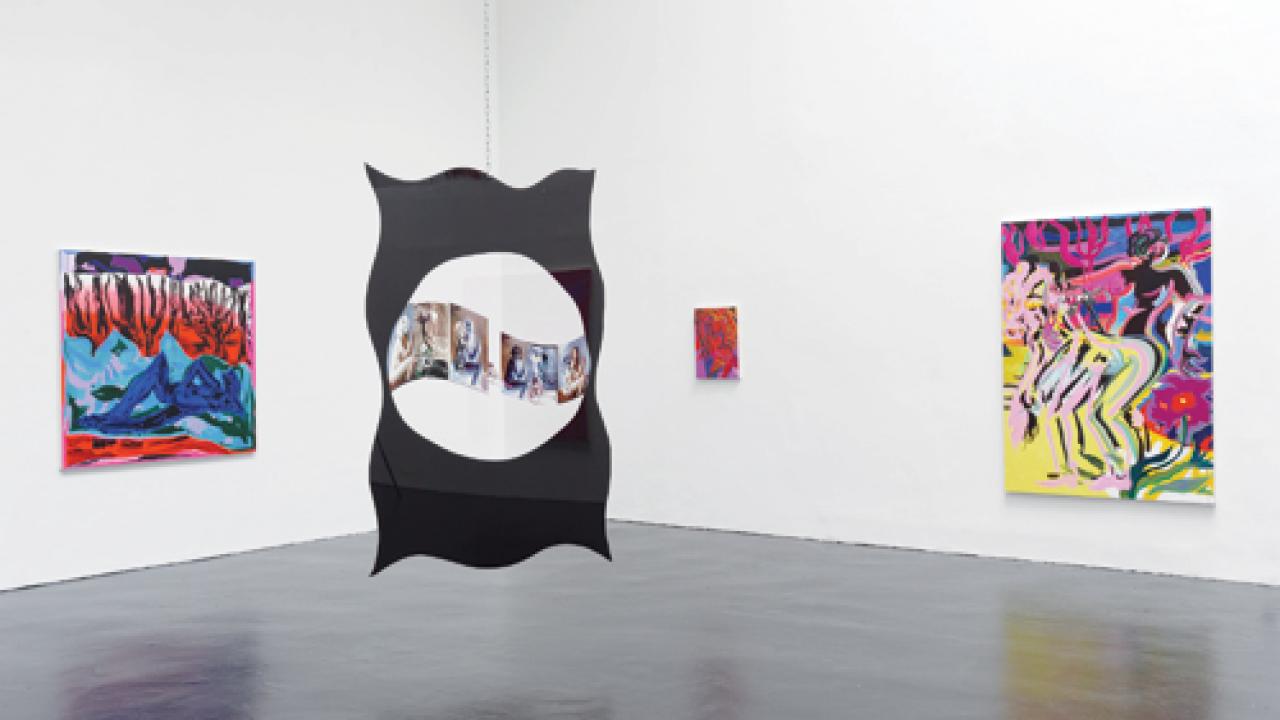 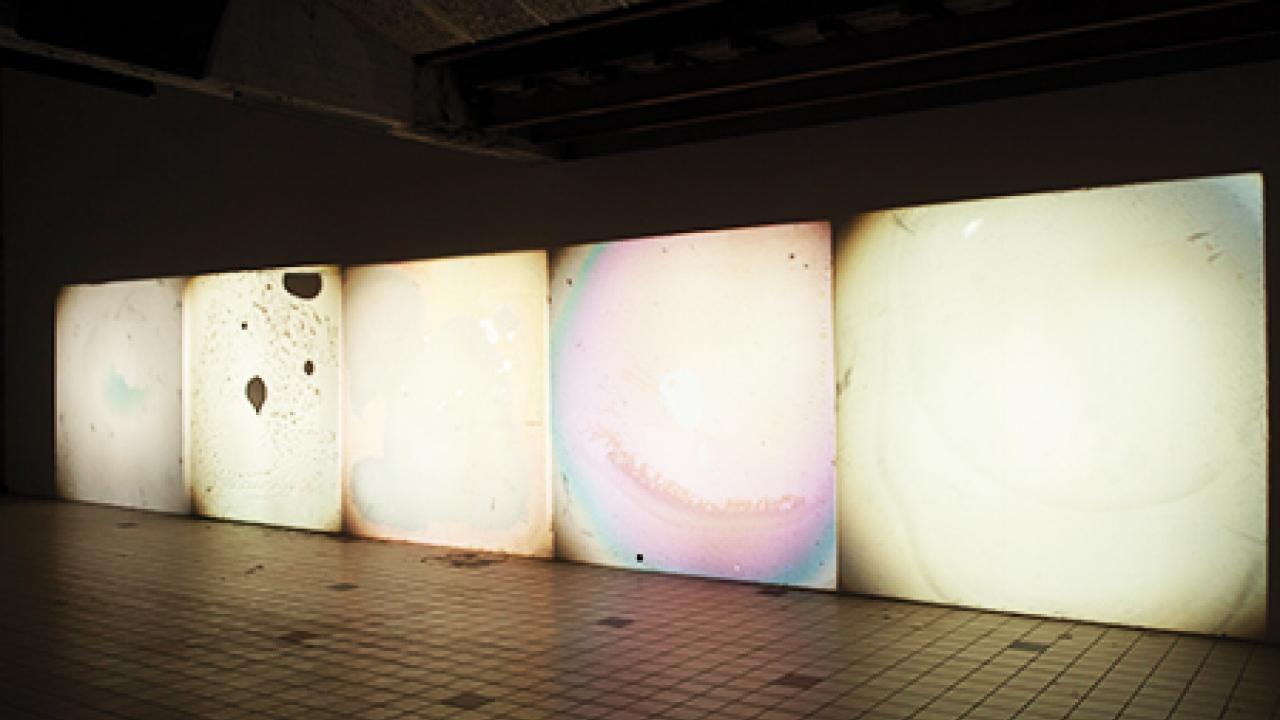 Reviews
Allegory of the Cave Painting 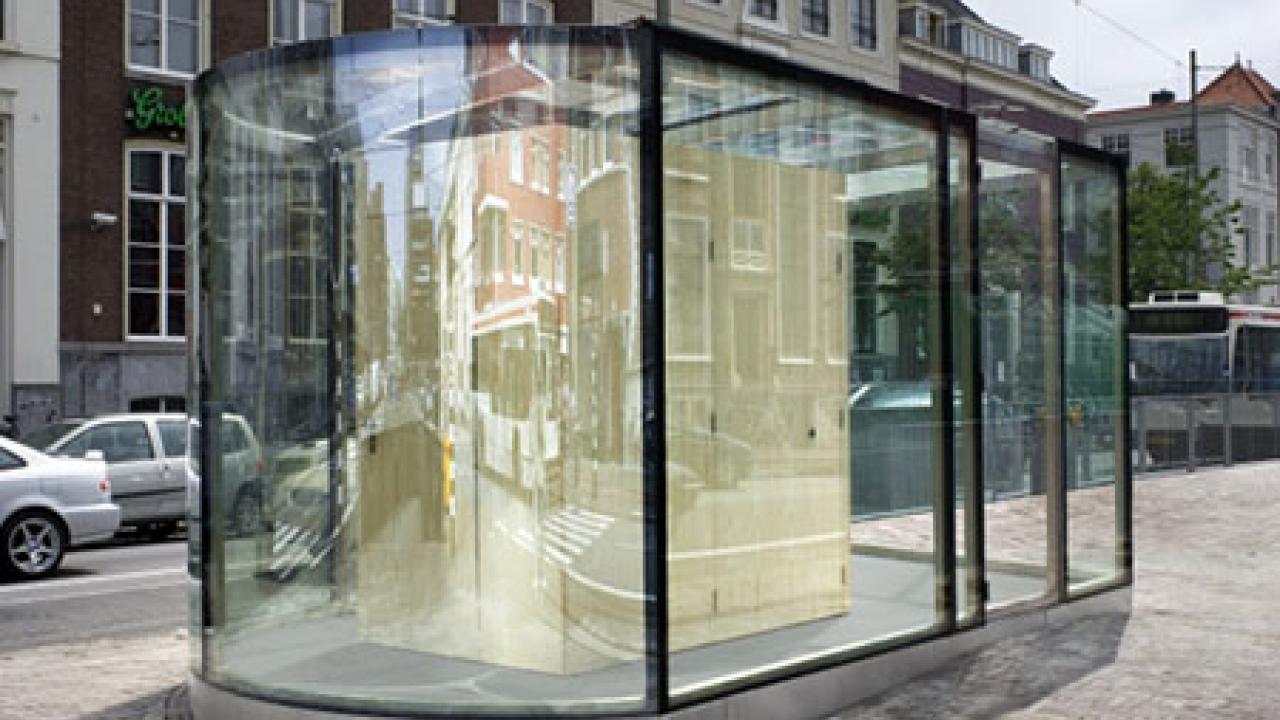 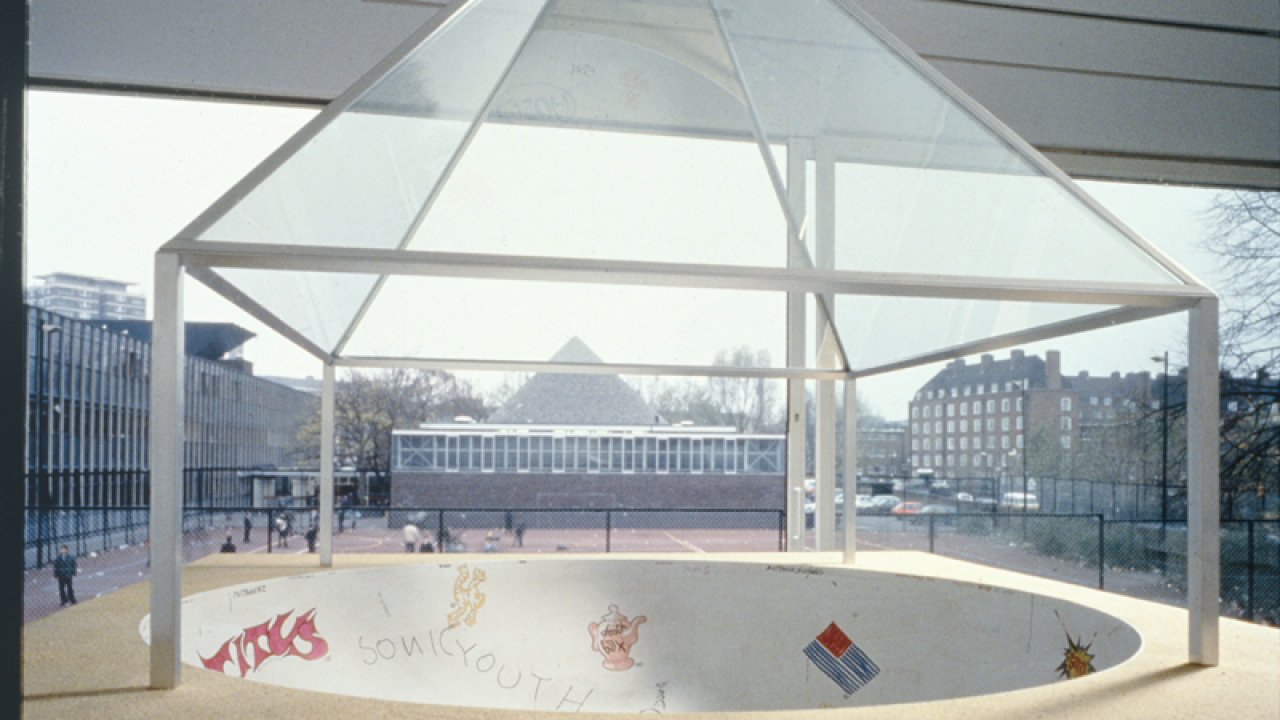 Interviews
The Novel Lynne Tillman Had to Write

The photographer retraces the history of the German capital's 'African Quarter'