In their 1972 book Learning from Las Vegas Robert Venturi, Denise Scott Brown and Steven Izenour advised architects to study the mediocre buildings of commercial America. Favouring an architecture of cheap styles and neon signs over Modernist spatial rigour, they distinguished two types of construction: the 'decorated shed' and the 'duck'. Both an American roadside diner and an Italian palazzo can be seen simply as a 'decorated shed' - elaborate ornament applied to simple structure. If the ornamental takes over, whipping the structure into an overall symbolic shape, the building is what they call, as a homage to the shape of a Long Island drive-in restaurant, a 'duck'.

Central to this exhibition by Thomas Bayrle was a piece that joggles these categories, discovering the duck in the shed and vice versa. Holz Relief Stadt (Philip Johnson) (Wood Relief City, Philip Johnson), (1999-2000) appears to be a large-scale wooden model of a cityscape. It looks like a mixture of Brasilia, Stockholm and Le Corbusier's park city plans: archipelagos of Modernist buildings rise from lakes, parks and streets, forming regular rows around the periphery, and high-rise structures dominate the city centre. Stuck casually on to one of two wooden boxes into which the modular 'tiles' that compose the model can be stacked vertically (similar to MVRDV's Dutch 'Expo 2000' pavilion), a coarsely dotted photograph reveals the piece's source to be something very different -

a portrait of Philip Johnson. Bayrle transposed each dot of the image into an element to be cut out by a computerized moulding-cutter - the denser the dots, the higher the building - so that the architect's trademark circular black glasses have become downtown, and the outlines of his face have turned into suburbs.

Bayrle shares Robert Venturi's admiration of mediocrity, and he used Johnson's portrait not because the American architect was more influential than his teacher Mies van der Rohe, but because of his often opportunist style, amalgamating various trends within the Modernist movement. With his big glasses and bald head, Johnson's face is like a symbol of exaggerated functional appearance, an icon epitomizing the perky architect - Johnson himself is the Modern 'duck'. The cityscape turns out to be simply an enlarged copy of an iconic face. By contrast, the face breaks down into dots, and we start to see the nose or the eyes as clusters of modular architecture.

Bayrle's interest in the oscillation between macro and micro, dots and networks, and in the composition of superstructures has a long history: before he started to exhibit in 1963, he worked as a typesetter and a jacquard weaver. Since the mid-1960s he has been a central figure in what could be called Grey Pop - from Gerhard Richter's early paintings through Peter Röhr's advertising film loops to Kraftwerk's robotic clerk style.

In the absence of Manhattan's and Hollywood's glamour, what their work responded to was a West German culture characterized by busy pedestrian zones and cosy garden plots built on the ruins of a dark past, cities 'covered in a veil of grey that my mother hasn't washed off yet', as New Wave band Fehlfarben put it in 1980.

When Kraftwerk's 'Autobahn' entered the US charts in 1974, this was probably a case of successful mutual projection: the Dusseldorf musicians transfigured the Rhineland's dense net of grey asphalt into one endless Route 66, while their American audience must have envisioned Porsches speeding along an Autobahn lined by black forests and white castles. Bayrle has returned to the motif of the Autobahn intermittently since the early 1970s - for Graz he created a new piece, Autobahnmäander (Autobahn Meander, 2002), in which cardboard motorways, complete with miniature cars and trucks are woven into a huge wire-mesh fence covering an entire wall. The roads are looped and locked into the mesh like Modernist dreams of free roaming into the reality of fenced-in family houses.

With Objekt Otto Rössler (Object Otto Rössler, 1999) the conjunction is slightly more encouraging. Roads, again with cars and trucks, combine with strips of cardboard to form a three-dimensional network. Before being worked into the free-standing sculpture, the strips had been used in a lecture by the eponymous physicist and philosopher, who covered them with bizarre notes on the connections between Cartesian thought, neurology and digital interfaces. Suddenly the roads seem like nerve fibres, the cars perceptions and ideas rushing by. Bayrle's pieces switch from macro to micro-perspectives - between fascination with and horror at the Modern - with the speed of a strobe light, leaving viewers puzzled whether to think of themselves as giants or germs. 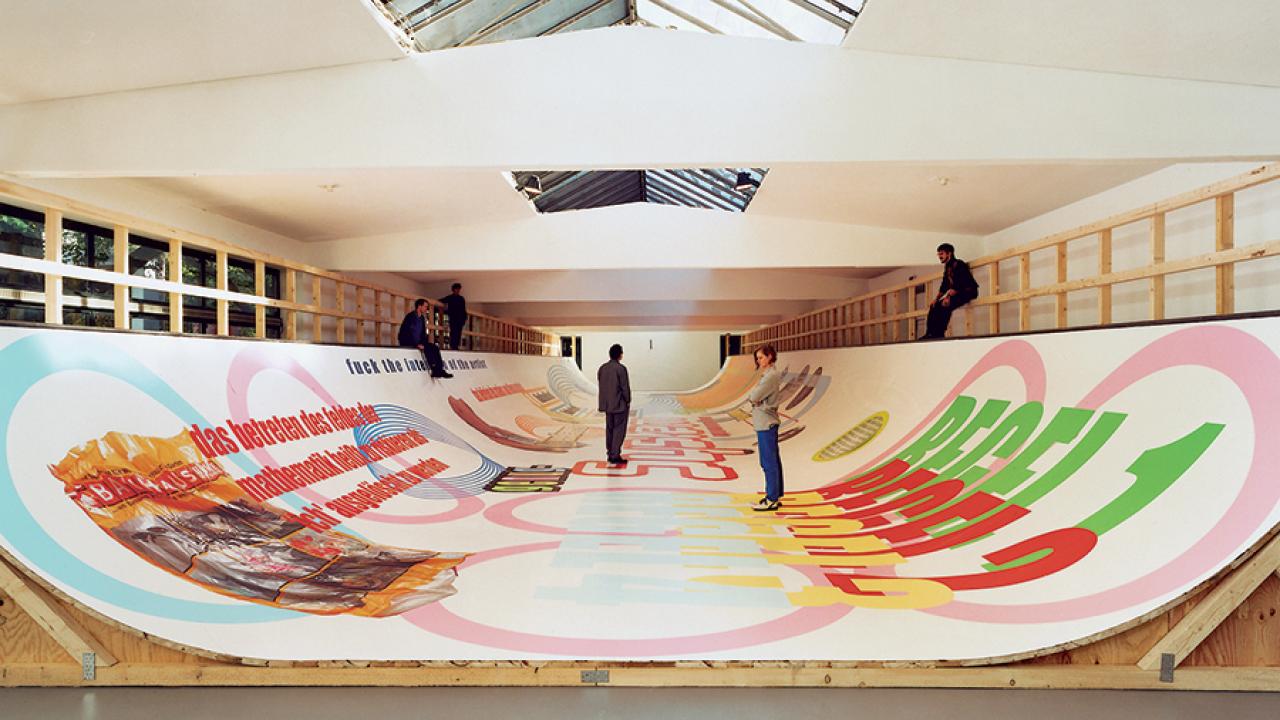 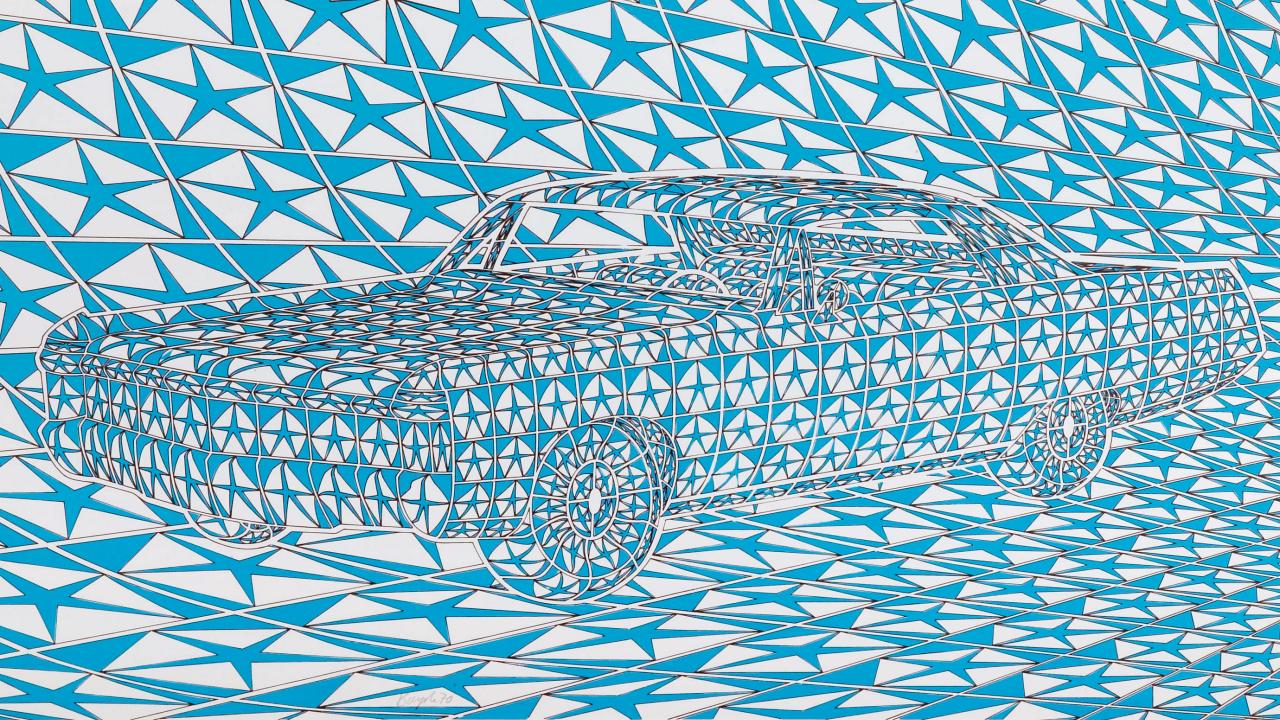