In his 'Situationist Theses on Traffic' (Internationale Situationniste No. 3, December 1959) Guy Debord declared, 'we must replace travel as an adjunct to work with travel as a pleasure'. 'Topological chains' had to be broken, as did urban planners' insistence on the car as the city's primary method of transport. Debord wanted not only to 'extend the terrain of play' into city transport, but also to create a system that would allow for 'a human journey through authentic life'. A new form of transport had to be created, one that was not simply a conveyor belt moving denizens through the cogs of the capitalist city-engine but one that could introduce people to the city, and to 'travel', as an aesthetic and joyful experience. Alas, the one-man helicopters that Debord hoped would help speed this emancipation of metropolitan travel never arrived and the car retained its pre-eminence as the central 'theme' of the city.

Thus it is strange to find that Los Angeles, the most autophilic city in the world, has now made an astonishing bid to answer Debord's call. The Gold Line, which opened in late July of this year, is the latest branch of a light railway system slowly being erected across the urban slump of Los Angeles. Joining the downtown city centre to the prosperous former suburb of Pasadena, its 13.7 miles of glistening new track and 12 inhumanly clean stations were built by the Los Angeles County Metropolitan Transportation Authority for the not inconsiderable sum of $854 million.

It has been argued that the previous tracks in the MTA's system - the Red, Blue and Green lines - have failed spectacularly in their task. They have not tapped any significant residential concentration of commuters and have diverted resources from the bus system on which so many of the poor and minority communities depend. The Gold Line continues these traits but, as its name suggests, even more spectacularly. The result is the finest example in existence of a non-utilitarian public transport system.

Advertisements spread across the city call on Angelenos to 'Discover Gold', but one is reminded not of the adventure of California's Gold Rush past so much as of Walt Disney's ever-present Magic Kingdom only a few miles away in Anaheim. Sitting aboard one of the jolly little Siemens trains, you soon realize that this is more 'Pirates of the Caribbean' than Piccadilly Line.

From the streamlined moderne of Union Station, the Gold Line wends its way smoothly over the rooftops of Chinatown before dipping and cruising over freeway and hill, past neatly manicured backyards and into the chaparral-covered slopes, ravines and canyons of the Arroyo Seco, where one can sense the snakes breeding. The few travellers on board 'ooh' and 'aah' and continue this chorus of fulfilment up and through Pasadena's pruned gardens and genteel elegance.

It is a smooth, seamless journey. There and back probably takes little over an hour, but any sense of time - as in the best amusement parks - is lost. The ride finishes back at Union Station, where the train's passengers disembark before getting back into their cars and driving home. The Gold Line is thus the epitome of motion without utility; it is not a public transport system, it is a public entertainment.

Its impractical aesthetic quality is reminiscent of the ghostly Safege monorail test track that once ran at Châteauneuf-sur-Loire in France. The track, built in 1958, ran only 1400 metres in length, yet its impracticality as a mode of transport was less significant than its function as a vehicle of the imagination. Held aloft by giant concrete beams and starkly framed by the green and undeveloped countryside, it was as if the monorail had somehow escaped from the vision of the future to which it had been allotted in favour of shunting back and forth in a field of lowing Simmental cattle. François Truffaut put these alienating qualities to indelible good use in his Fahrenheit 451 (1966).

Similar visionary glimpses can be grasped in the bones of outmoded systems, robbed of their functionality but not their transportive purpose. In New York the High Line, a disused elevated railroad, was also once designed as a component of the 'City of Tomorrow'. An attempt at reclaiming the one and a half mile-long transport line, now carpeted by meadow grass and wild flowers, was seen in the recent competition and subsequent exhibition 'Designing the High Line'. Here the most ecstatic design was Nathalie Rinne's transformation of the railway into a giant swimming pool, thus avoiding all economic considerations and brilliantly subverting the structure to Debord's pleasure principle.

Indeed New York played host to one of the most extreme subversions of public transport, meticulously detailed in Marc Singer's extraordinary documentary Dark Days (2000). Singer spent more than a year filming the inhabitants of the disused Amtrak railway tunnels that lie underneath New York's Penn Station. In perpetual darkness the tunnels were reinvented into a village by the homeless community who inhabited them. As the factory beat of the city was rattled out by the commuter trains thundering relentlessly by, the occupants of the tunnels constructed houses and led their lives apart from it. Primarily the tunnels were a safe, dry place to live, but they also took on an air of static revolt against the unthinking utility of modern urban life, an insubordination to the economics of transport.

Such an attitude seems an anathema to Los Angeles, which, since the death of the trams in the 1940s, has had a particular aversion to public transport. The city does not commingle its multifarious essences on trams, trains or even buses. Here there is traffic apartheid. The freeway is, as Joan Didion wrote, 'the only secular communion Los Angeles has'. Yet for many Angelenos, hunkered down behind their steering wheels, the Gold Line offers a chance, in Debord's terms, to break with their induced habits forever and to un-repress certain concealed realities. That is, the concealed realities of the city itself, for no city is as hidden as Los Angeles, whose scale is so big that it's blinding. The Gold Line may not help in the slightest to alleviate traffic congestion but it does allow Angelenos to be plucked from their role as a corpuscle in the city's arteries and be given a view of the whole body.

As inauthentic a form of transport as a roller-coaster, the Gold Line offers a surprisingly authentic vision. Gliding silently on the train, one dares to see a cohesiveness to the city, a grand unifying theory, a possibility that the sprawl has a logic. The Gold Line may be a simulacrum of public transportation, like the intensely bathetic miniature railways found at once grand stately homes, but it manages to magically transform the environment through which it travels, offering the chance for reflection in a city inured to illusion and obfuscation. 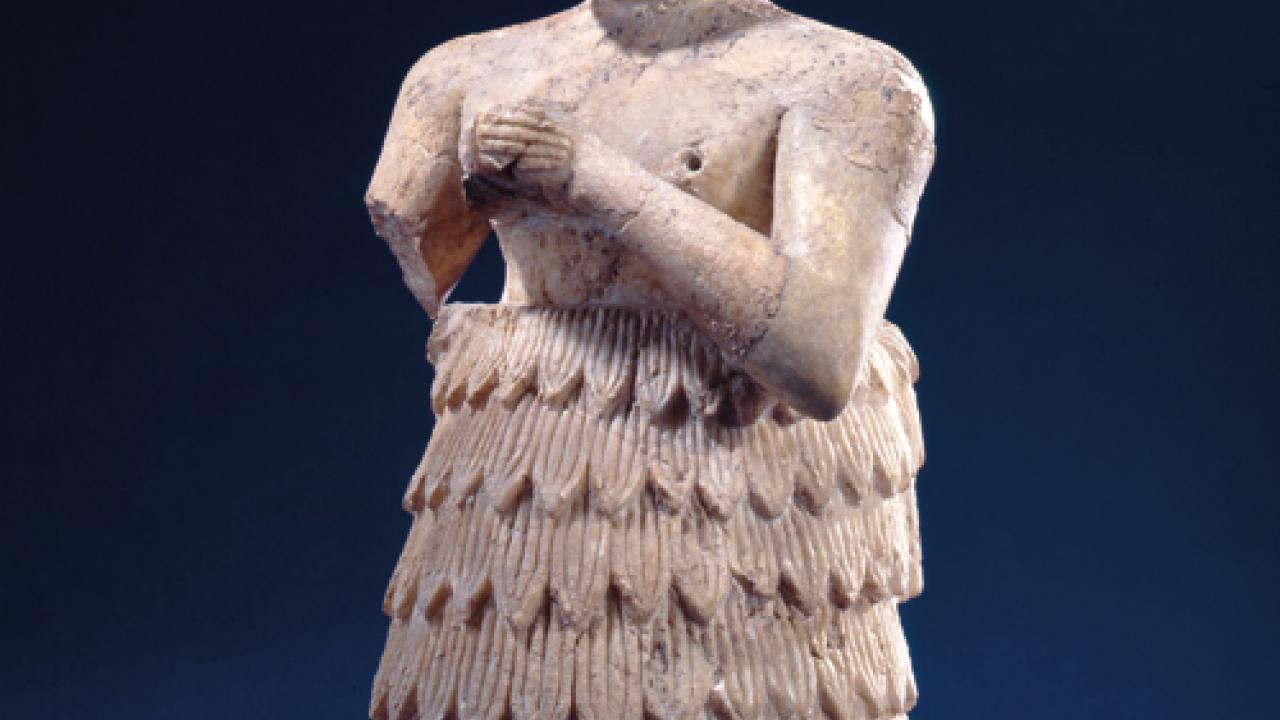 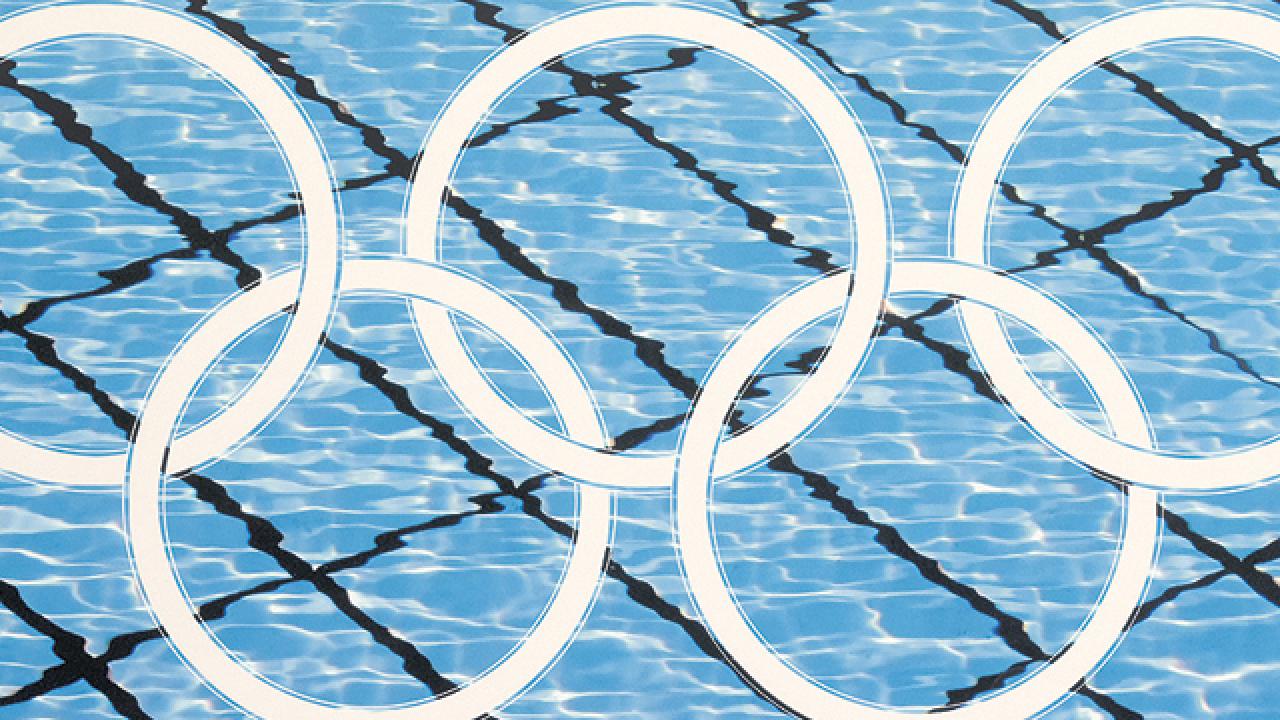 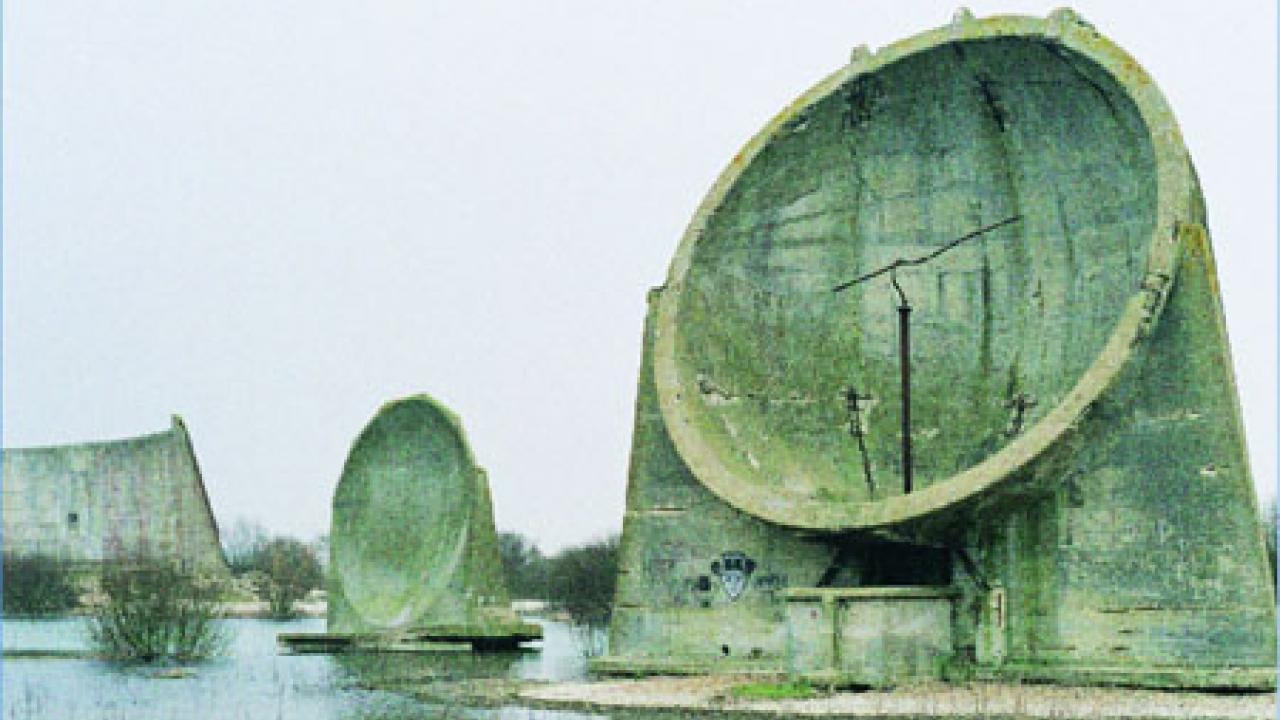 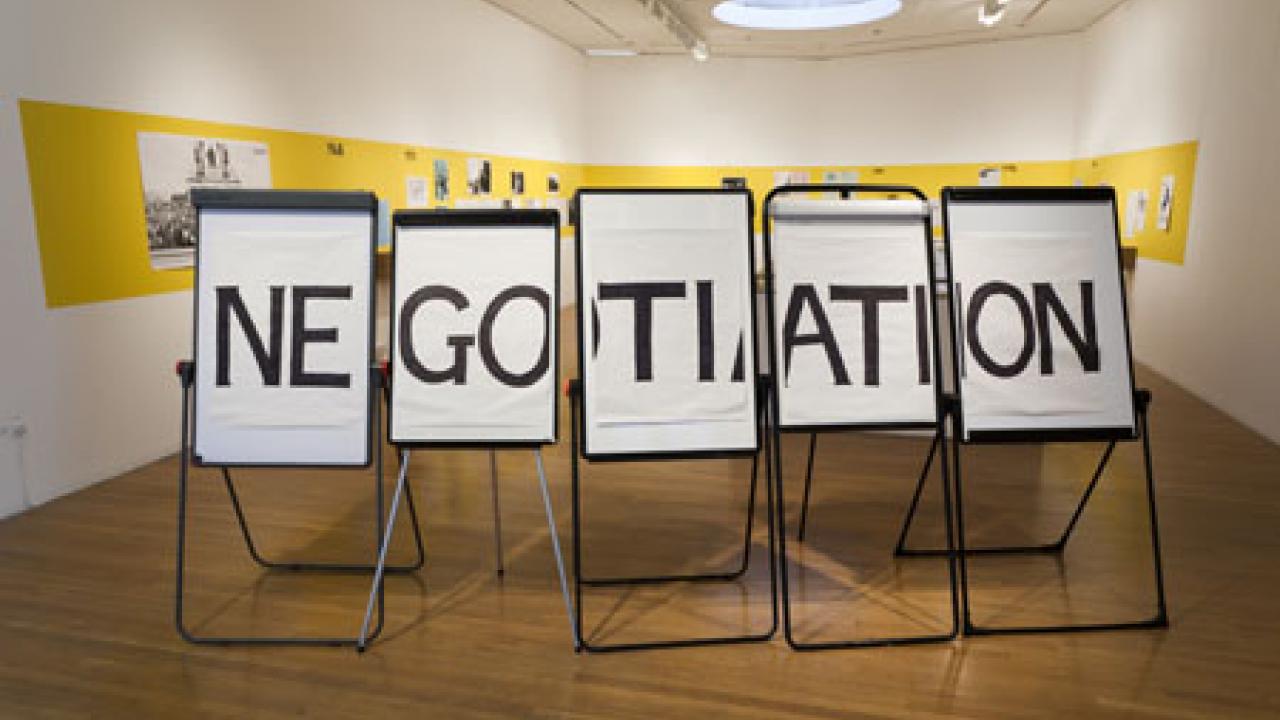 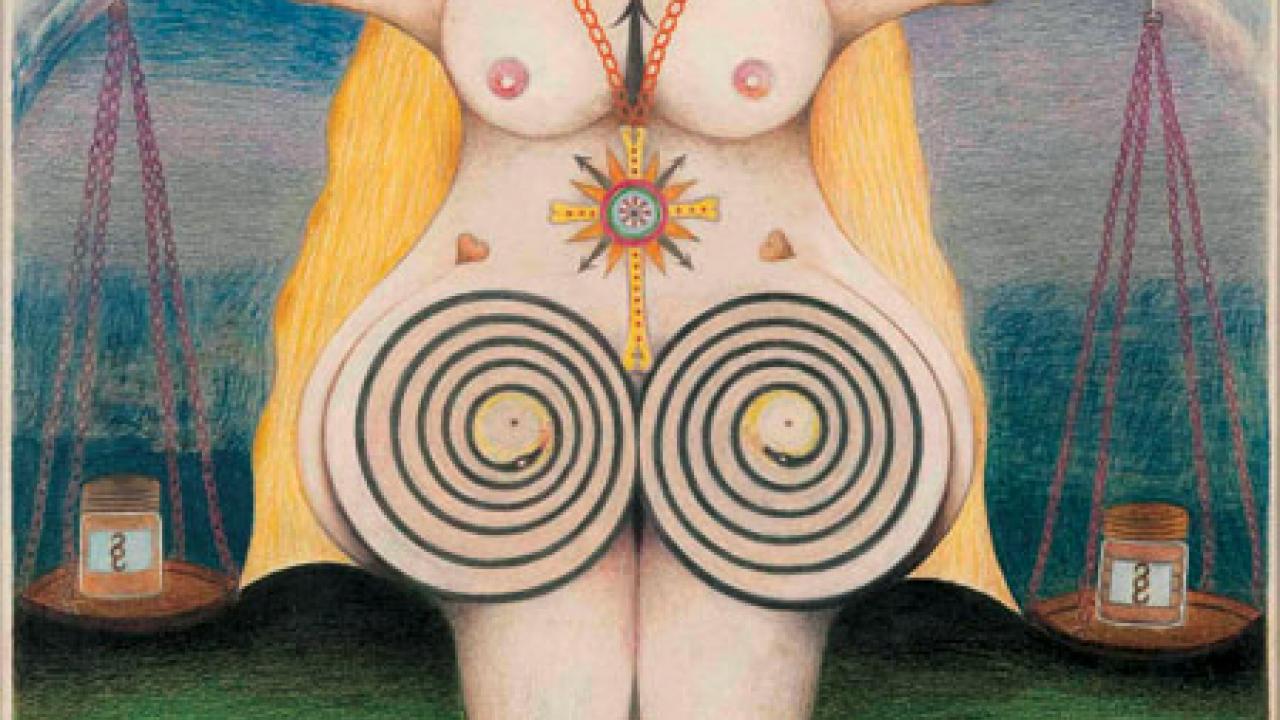