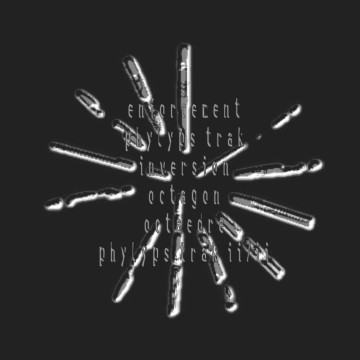 Given how fresh it sounds today, if anyone writing in the mid-1990s were to have described Basic Channel’s music as ‘futuristic’ – that most flogged-to-death of music journalism adjectives – she or he might almost have been right. The music on BCD-2 (2008) was originally made nearly 15 years ago by Berlin-based production duo Mortiz von Oswald (aka Maurizio) and Mark Ernestus. In 1995, they released BCD, a CD compilation of tracks previously available only on vinyl and under a variety of aliases. Finally, 13 years later, comes the follow-up, which mops up the remaining releases not included on BCD. BCD-2 may be too recent to be safely deemed retro and too old to be surrounded by buzz, yet Von Oswald and Ernestus’ quintessential minimal techno sound stands up where many period pieces of the genre have fallen.

How is this the case, when dance music blogs everywhere have been lamenting the stagnation of minimal techno and its wan micro-house offshoots? Simon Reynolds once described the genre as ‘endlessly inflected, fractal mosaics of flicker-riffs and shimmer-pulses’, and it’s hard to think of anything more skeletal, percussive and potentially hamstrung by its own radical austerity. Yet Basic Channel’s secret has always been their love of dub and reggae. Space, reverb, hefty bass and a serious dose of funk characterizes their sound, from the hazy ‘Radiance I Edit’ on BCD to the percussive clatter and ominous deep chords on BCD-2’s ‘Octagon’. Where BCD included some of Basic Channel’s more spaced-out offerings, BCD-2 focuses on the dance floor. Although, in places, the album adheres to a conventional metronomic template, it also foregrounds the deep, soulful influence of Detroit techno. ‘Inversion’ evokes long, all-night drives along wintry, sodium-lit motorways (its background hiss sounding like tyres on a wet road, its simple chords muted yet oddly wistful). ‘Phylyps Trak’ takes a harder tack; its metallic arcs of synths and propulsive kick drum are chased by their own trails of echo, like lights speeding through darkness. Its companion piece, ‘Phylyps Trak II/II’ uses similarly astringent-sounding clusters of notes, but with more restraint, and panned them left-to-right across a simple reggae rhythm.

It’s this dub influence that gives Basic Channel currency today. (In 2003 they released the vocal reggae album With the Artists under the name Rhythm and Sound, and continue to run a vintage reggae imprint in tandem with the US label Wackies.) The evolution of dubstep in the UK over the past few years owes as much to Basic Channel as it does to drum ‘n’ bass, rave and Jamaican producers of the 1970s. Their influence can be heard in dubstep’s fascination with incremental changes in timbre or digital hiss and crackle, in its suffused melodic sense of both menace and melancholy (I’ve often found dub itself to be ineffably sad-sounding) but, fundamentally, in a love of heavy, foundation-quaking bass. Judging by BCD and BCD-2, it seems that 15 years ago in Berlin, Basic Channel caught a glimpse of the future.