As child of immigrants, I grew up in 1990s Manchester in a household of many languages. My parents spoke three Ghanaian languages – Ga, Twi and Fante – alongside English. These languages were used interchangeably depending on who was on the other end of the phone line, then one of few connections to their home country. The hope was that I, too, would master these languages, enabling me to adeptly navigate life both in Ghana and in the UK.

However, this was not to be. After a trip to a speech and language therapist, my parents were informed they should only talk to me in English (‘to avoid any confusion’). A vital connection was permanently severed: to my mother tongues and, therefore, to a part of who I am. I cannot speak any Ghanaian languages, although I can understand some of what others say. I reside in the land of the monolingual.

In a 1996 autobiographical text, Monolingualism of the Other; or, the Prosthesis of Origin, Jacques Derrida unravels the tangled knots of language, citizenship and colonialism, reflecting on his experiences of growing up in Algeria. Derrida spoke French due to the colonial education system of that era: ‘I have only one language;’ he writes, ‘it is not mine.’ Language and language-learning can be assimilatory tools. What is lost when we cannot speak in the language that we feel to be our own? What does it mean to ‘translate’ cultures, nuances and turns of phrase into English, the art and literary world’s lingua franca? Let us – especially those of us who speak, read and communicate in ‘major’ languages – interrogate the ways in which they shape our worldview and, as we speak of decolonization, open ourselves up to a multitude of vocabularies.

In this dossier, artists, writers and translators grapple with the politics of language, and their impact on us as readers, viewers and critics. Sophie Hughes analyses the power dynamics of literary translation from an anglophone perspective, while Theophilus Imani explores what it means to translate images through his photo diptych project (2016–ongoing). Andrew Maerkle reflects on his experience as a lecturer teaching the first Japanese translation of Filippo Tommaso Marinetti’s Manifesto of Futurism (1909) to multilingual university students and Evelyn Taocheng Wang’s visual diary entries reveal her feelings about learning English, Japanese, German and Dutch. 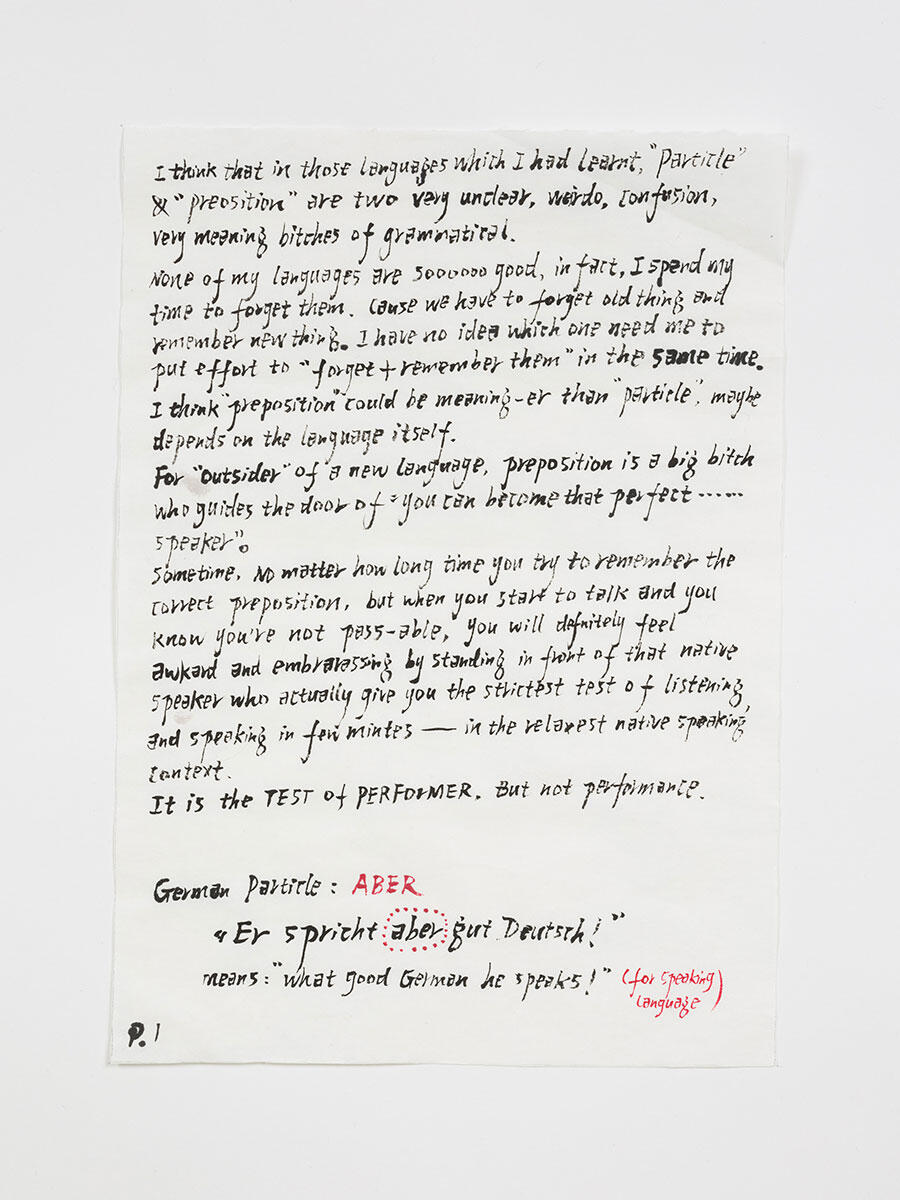 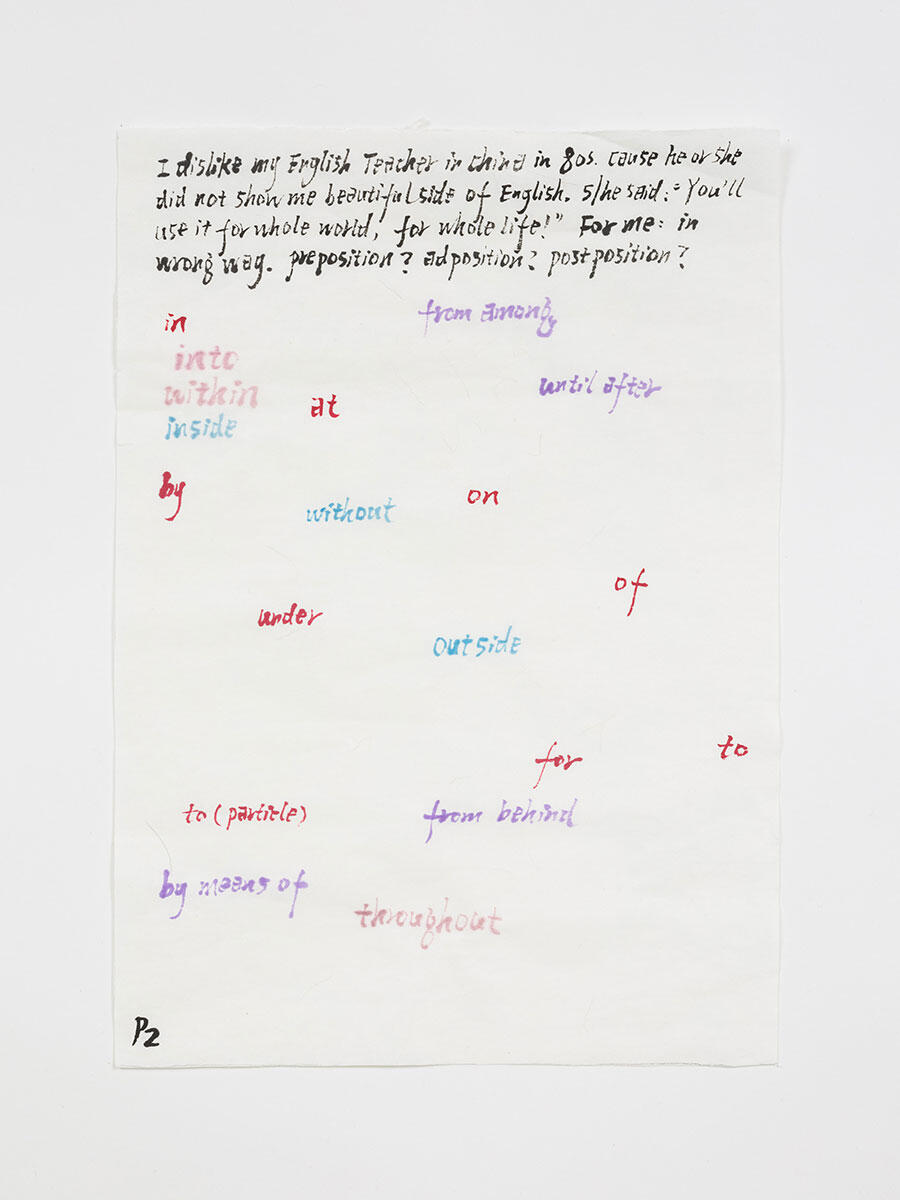 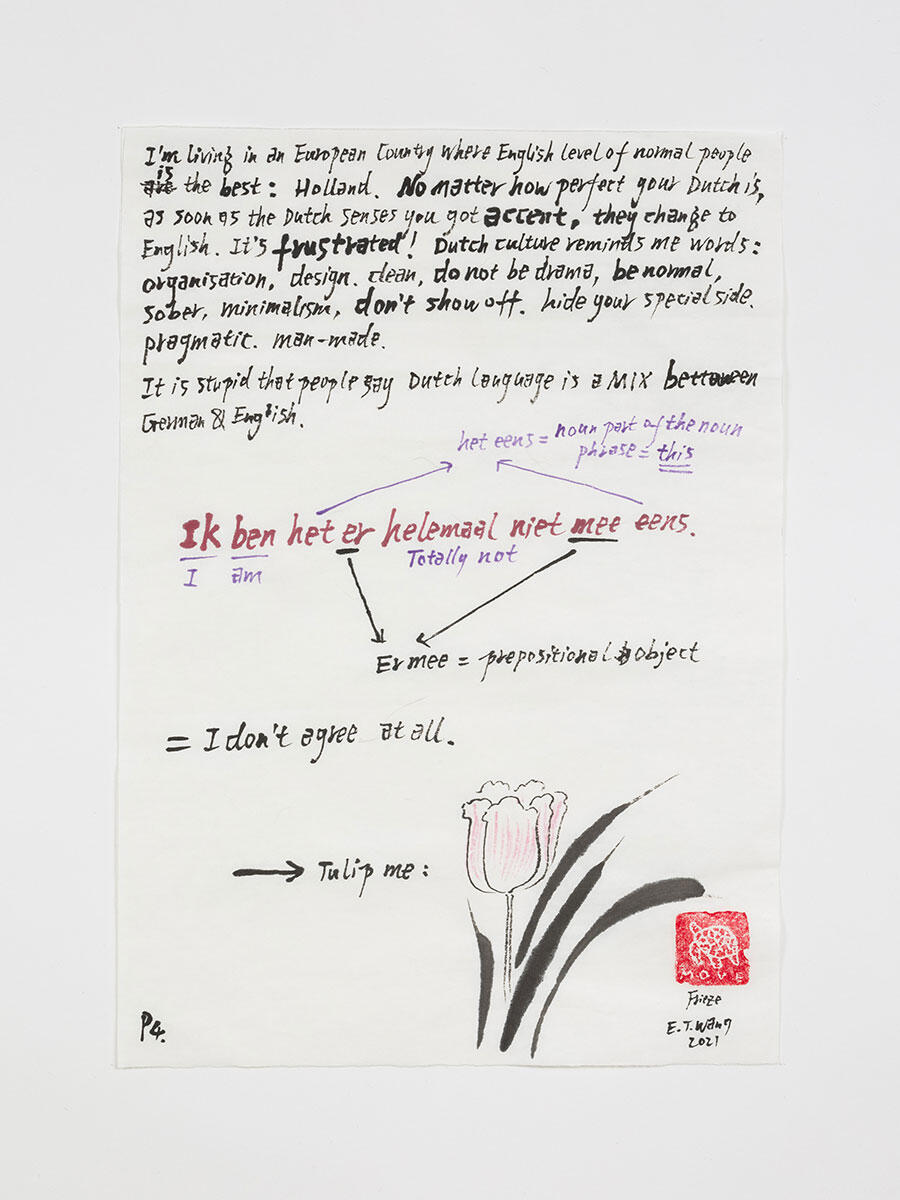 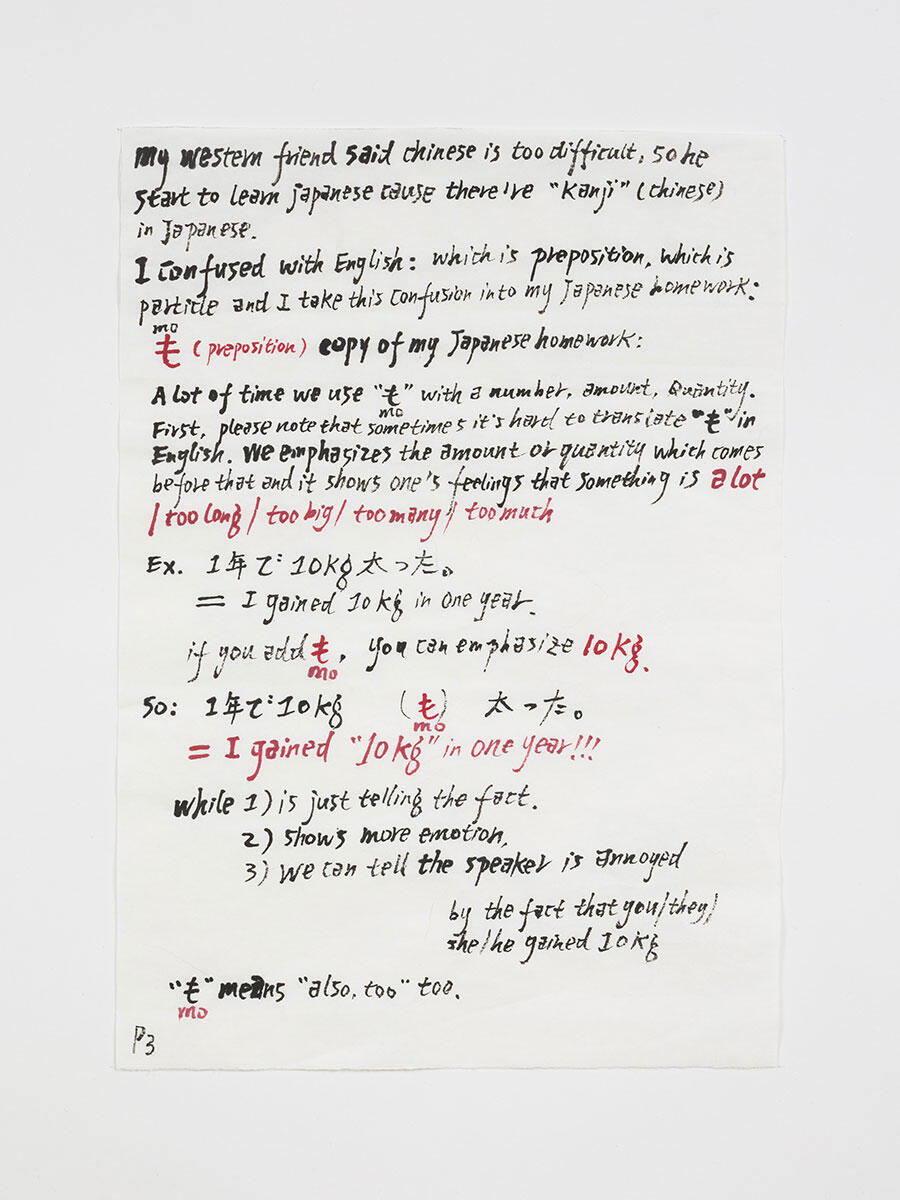 This article first appeared in frieze issue 221 with the headline 'A Grammar Diary’  alongside Andrew Maerkle on Translation in Art Theory, The Silent Transformation of Language and Images in Translation.

Evelyn Taocheng Wang is an artist. Her solo exhibition at Antenna Space, Shanghai, China, is on view from 15 September to 2 November. Her monograph will be published by Dancing Foxes Press later this year. She lives in Rotterdam, the Netherlands.