A filmmaker for the internet generation, the Argentinian director is doing new things and not looking back

In darkness, a man pulls on a T-shirt and opens the door to a furious storm, which is flooding his home town in Argentina. So begins El auge del humano (The Human Surge, 2016), a film that flows through Mozambique and the Philippines in a series of interrelated vignettes. A luminous computer screen in a Filipino electronics factory forms the film’s final (and only fixed) shot; abstraction charges this screen with static energy. An electronic voice checks tablet computers as they are soldered and sealed: ‘OK,’ ‘OK,’ ‘OK.’ A lingua franca of modernity, ‘OK’ voices an acceptance and mediocre evaluation of the currents of communication, labour and consumption that eddy through the film.

The much-anticipated debut feature by Argentinian director Eduardo ‘Teddy’ Williams, El auge del humano comes on the back of six short films. Premiered in 2016 at the Locarno, Toronto and New York film festivals, it secures Williams a place amid a group of young Argentinian directors, including Matías Piñeiro and Lisandro Alonso, known for formal experimentation and a refusal to work within the confines of either documentary or fiction. 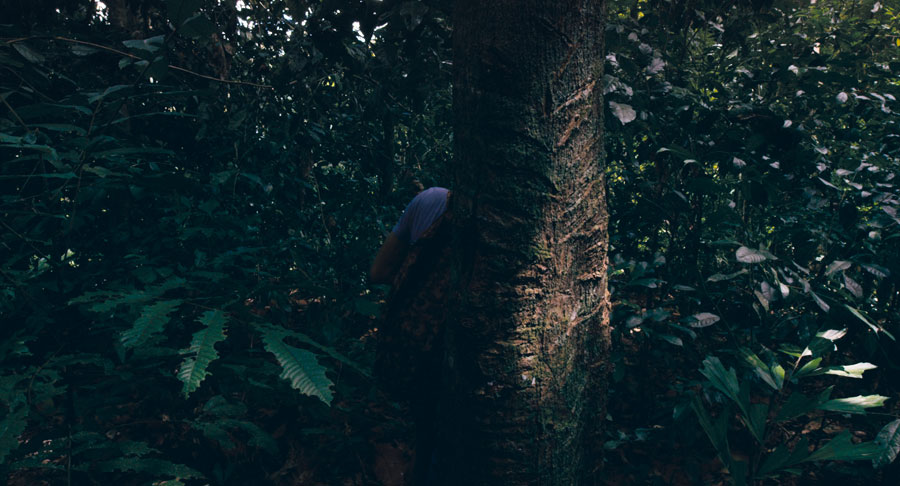 El auge del humano intensifies both the themes and grammar of Williams’s shorts, which explore youth and restlessness. Pude ver un puma (Could See a Puma, 2011) and its equally elusive successor, El ruido de las estrellas me aturde (The Sound of the Stars Dazes Me, 2012), follow young men wandering through empty lots and backyards in Argentina. Handheld shots are freewheeling, the available light is often low, conversations are snatched and ambiguous. In showing these films abroad, Williams embarked on an intense period of travel (an experience he has described as ‘coming into things’), which was crucial in developing his filmic voice. Que je tombe toute le temps? (That I’m Falling?, 2013) was shot in Sierra Leone and J’ai oublié! (I Forgot!, 2014) in Vietnam. Travel taught Williams different ways of inhabiting space and communicating through it. Not knowing a place or its language helped him to see beings and objects independently of their designated meaning; he describes encounters with them as strange, boring and beautiful. The experience of watching Williams’s films is exactly the same.

El auge del humano’s Argentinian, Mozambican and Filipino segments connect through narratives of internet communication and labour, but the film is less concerned with plot and character development than it is with movement. It constantly shifts the relationship between landscape, subject and camera so that people are neither objects of a documentary gaze nor characters in a fictional narrative. Williams improvises with actors (none of whom are trained); El auge del humano began as a 15-page script and was revised after each period of shooting. Williams shares this directorial limberness with fellow graduates of Le Fresnoy Studio National des Arts Contemporains, such as Mati Diop and Ana Vaz, and a cluster of filmmakers including Daniel Hui, Ben Russell and Ben Rivers (who taught at Le Fresnoy, albeit not Williams’s cohort).

Following characters with a handheld camera recalls the approach of the Dardenne brothers or Béla Tarr, but Williams goes beyond this. While we lose sight of people, we continue to hear their voices. Decoupling sound from points of view helps to recontextualize individual narratives in a wider environment of non-human and atmospheric constituents, and allows space itself to become a protagonist. The filmic frame is often dominated by walls (those of a hollow tree trunk, claustrophobic chatroom or a rock pool in the jungle) which amplify the feeling that we are but elements in broader, non-anthropocentric domains. In El auge del humano, we enter an anthill, lost for four minutes within a world of insects, while J’ai oublié! begins on a coral reef and ends flying above a rooftop: human subjects are but figures in a landscape.

Williams is bold in folding the foreignness and tedium of travel into the materiality and movement of his films.

After the flooded landscape of the opening scene, El auge del humano follows the Argentinian protagonist to a warehouse job from which he is promptly dismissed. In an attempt to make money, the man joins friends broadcasting themselves in a pornographic chatroom, their intimate activities converting into global currency. Here emerges a second, non-human agent: the internet. The chatroom provides the film’s first segue across continents, with the camera zooming in on a computer screen in Argentina then pulling back to reveal the perspective of the corresponding webcam in Mozambique. Shooting on Super 16 in the Argentinian segments, Williams switched to using a Blackmagic digital camera in the Mozambique scenes, which he later screened on his computer and reshot on 16 mm. This technical shift marks the geographic segue, and simulates the pixelated effect of watching something online. Bored by their daytime jobs (in a nondescript office above a supermarket), the Mozambican protagonists take to the streets. Much like the jovial trio who walk to Accra in Jean Rouch’s Jaguar (1967), they wander into the savanna talking about nothing and everything. We observe one of them peeing onto an anthill, into which the camera dives, aided by playful editing similar to that with which the film transitioned between chatrooms. Emerging into daylight, crisply shot this time with a RED digital camera, we are in the Filipino jungle and searching for a cyber café. We end up in the electronics factory, sealing tablets – completing a cycle of labour and consumption.

In El auge del humano, the last word literally goes to a computer – but even its ‘OK’s are pulses in a broader electronic soundtrack. Scenes begin in medias res, the camera stumbling across conversations only to abandon them again. People search for each other and are met with confusion: ‘Who?’ ‘I don’t know that person.’ Connections are begun, interrupted, lost and remade. Williams explains that, without words as narrative glue, intuitive spatial cues guide us. Some of his favourite moments are those in which it’s unclear what an actor means or is trying to do. Not knowing a place or its language is a radical departure from the methods of much ethno-fictive filmmaking, which draws from Rouch and an anthropological framework grounded in lingustic proficiency and immersion in the field. Williams is bold in folding the foreignness and tedium of travel into the materiality and movement of his films. 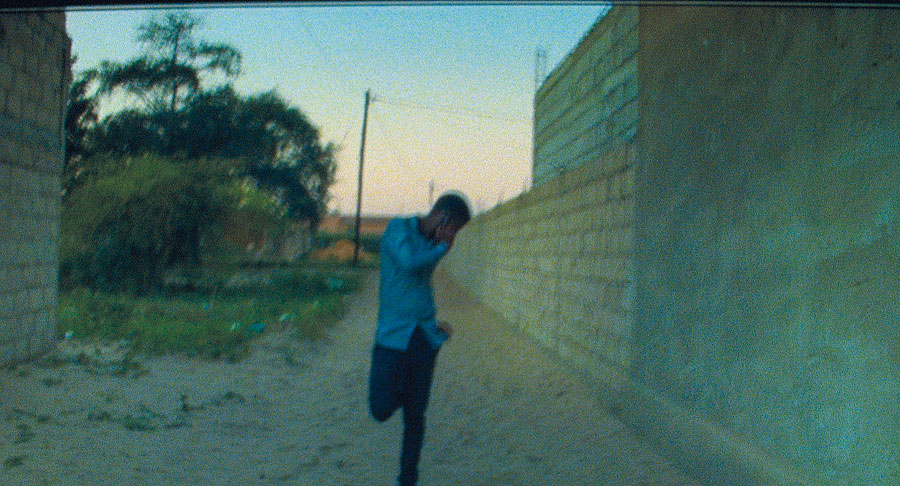 Equally intelligent is the director’s treatment of the internet – often celebrated in cinema as a conduit of communication or else condemned for alienating us from ‘real’ connections. For Williams – like happiness, violence, electricity or floodwater – the internet is primarily an energy, which surges and wanes. Throughout the film, technology and people sometimes work and sometimes don’t. Phones are charged, dropped in water or stolen; people lose their jobs, intermittently pick up wi-fi, and hunt for internet cafes that have already closed for the night. We are rarely party to what characters search for in their browsers or inboxes; in the film, as in everyday life, what seems to matter most is the fact of being connected. Williams contextualizes himself within a generation that grew up in chatrooms and navigating levels of video-game landscapes. It would be hard to make a film without using and depicting the internet: locations are scouted on Google Earth, actors sourced via Facebook, and Twitter yields some of his scripts’ most bizarre phrases.

A filmmaker for the internet generation, Williams is doing new things and not looking back. While I loved El auge del humano, I’m not able to articulate why – which is most likely exactly why. As Williams says: ‘With film, there is no exam.’ Much like its characters’ conversations, El auge del humano is about nothing and everything. Escaping explanatory ways of thinking, it lingers in the mind and asks to be seen again.