Frieze's 30th birthday
Earlier this February, Frieze celebrated its 30th Anniversary with a three-day online festival bringing together some of the leading voices in art and culture since 1991. Speakers included artists Jeremy Deller, Lubaina Himid, Kara Walker, and Anicka Yi amongst others. Plus, collaborations with London's best chefs and an exclusive acoustic set by 2021 Mercury Prize-winner Arlo Parks.

The tribute explored and expanded the mission of the Vision & Justice Project, rooted in education and dedicated to examining art’s central role in understanding the relationship between race and citizenship in the United States.

As part of the tribute galleries and institutions presented digital events, artworks at the fair and special screenings You can watch digital talks and activations part of the Tribute here.

In addition, critically acclaimed artists Carrie Mae Weems, Hank Willis Thomas, and Mel Chin were commissioned to create their own homages to the Vision & Justice Project.

Frieze Seoul 2022
This year Frieze announced an exciting new venture in Asia with the launch of a new fair in South Korea.

The inaugural edition of Frieze Seoul will take place at COEX from 2-5 September 2022 with approximately 100 galleries, across a Main section, Focus Asia and Frieze Masters. Pat Lee was also appointed as Director of Frieze Seoul.

No.9 Cork Street: Frieze's New Permanent Space
With its ribbon cut on 7 October 2021, No.9 Cork Street opened a new chapter for Frieze and its community of galleries.

The major new gallery located in the historic heart of Mayfair, London presents short-term exhibitions and projects organised by the world’s leading galleries. The space provides a flexible, collaborative environment for galleries to connect with London audiences year round.

Exhibitions presented by James Cohan, Commonwealth and Council and Proyectos Ultravioleta inagurated the space; followed by new shows by Allied Editions, i8 Gallery and Dittrich & Schlechtriem in November; and ‘Right About Now’ an unmissable display of new acquisitions part of Arts Council Collection in December.

The fairs attracted 80,000 visitors with strong sales, international attendance and sold out tickets. Alongside the fairs, Frieze Sculpture also returned to The Regent's Park with monumental new works by international artists. 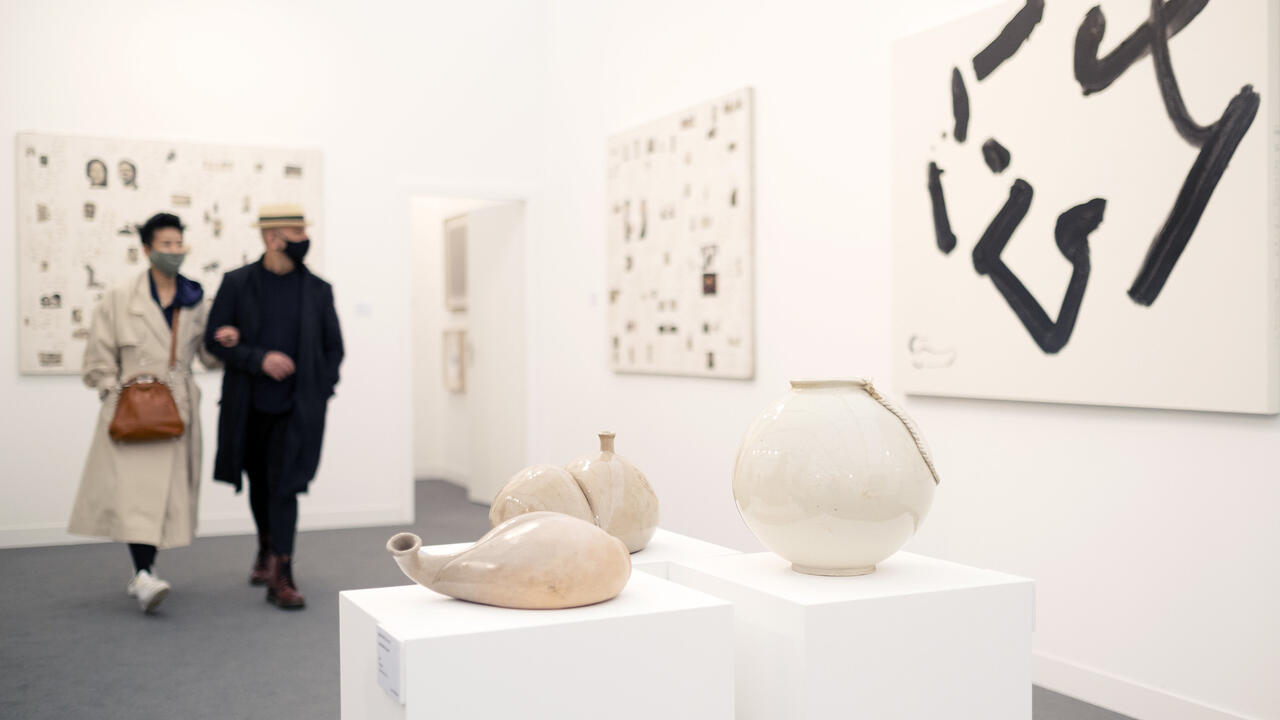