As ‘Friend of a Friend’ Opens in Warsaw, We Pick the Shows to See

This coming weekend marks the opening of Friend of a Friend in Warsaw, a gallery-share initiative that originated in 2018 as a collaboration between Warsaw galleries Stereo and Wschód. The second edition of Friend of a Friend will see 16 international galleries present works at nine of the city’s commercial spaces. Here, frieze contributing editor Krzysztof Kosciuczuk provides a glimpse of what’s in store.

Wschód hosts Zurich’s Galerie Gregor Staiger, who will show work by Shana Moulton, and Berlin’s Schiefe Zähne, who will bring the London-based Richard Sides, while the newly-established Tbilisi gallery LC Queisser presents paintings by Stefanie Heinze. In addition, Wschód will show a string of sculptures by Latvian-born Netherlands-based artist Evita Vasiljeva. Vasiljeva frequently makes use of materials more commonly associated with construction. For her 2018 exhibition at Tallinn City Gallery, ‘Still Stands and Resilient Nows’, which was partially produced during a residency at the European Ceramic Workcenter in Oisterwijk, Vasiljeva fused steel, wood, fabrics and ceramics into seemingly familiar architectural shapes testing the limits of ceramic sculpture.

Stereo shares their space with London’s Union Pacific, bringing new paintings by Aleksander Hardashnakov, and New York’s Bureau, who will present works by Libby Rothfeld. Rothfeld’s new sculptures, part of her ‘Label’ series (2016–ongoing), combine remixed advertising imagery with found objects, fusing the handmade and the readymade into jumbled visual messages. These will be shown alongside recent works by Gizela Mickiewicz, whose cool, austere sculptures highlight the materiality of their very components. Mickiewicz investigated the properties of her materials, frequently developed with a specific practical use in mind, combining the sturdy and the fragile and creating new bewildering configurations.

Piktogram hosts Park View/Paul Soto (Los Angeles/Brussels), who will bring a set of painterly works by Kate Spencer Stewart and Aidan Koch. The gallery also shares its space with London’s Emalin, showing Nicholas Cheveldave, whose work juggles text, painting, photography, sculpture and 3D rendering in order to explore the modern economy of images, their echoing and circulation. The exhibition also stages an unlikely reunion between Cheveldave and Isaac Lythgoe, who used to share a studio in London. For Friend of a Friend, Lythgoe has revised several older works, in which quotes from a fantasy universe, eerie flowers and bone structures are illuminated with artificial light and play a part in an oneiric narrative woven by the artist.

Dawid Radziszewski hosts Portuguese gallery Nuno Centeno, who will present paintings by the Brazilian artist Gabriel Lima, while London gallery The Sunday Painter will present a selection of works on paper by Leo Fitzmaurice, Kate Newby and Nicholas Pope. Radziszewski’s own choice is the Swiss artist Louisa Gagliardi, whose alluring, digitally-crafted, eerily-lit images have earned her international acclaim. Radziszewski will show new works by Gagliardi, in which ethereal bodies and sexualized, alluring objects tease at both the medium of painting and the viewer’s voyeurism.

Foksal Gallery Foundation are teaming up with The Box, Los Angeles, for a single, focused presentation of Judith Bernstein. Featuring over a dozen works on canvas and paper, ‘Diamonda Mouth’ marks the first solo exhibition in Poland of an American artist whose practice gained wider recognition in the last decade. As a student at the Yale School of Art in the 1960s, Bernstein set out to confront and mock a culture of machismo and militarism, prevalent during the Vietnam War. Bernstein’s work was, as she herself described it, an ‘amalgamation of feminism, anti-war, and sex.’ In Warsaw, the works will span from that early period to the present day, and are bracketed by one of Bernstein’s most recognizable motifs, the phallic screw, which emerges in Black Heart in White Screw (1968) and returns in her ‘Horizontal’ series (2019).

At Królikarnia, Warsaw, the artist imagines a world in which unique natural, cultural and recreational resources are protected instead of endangered 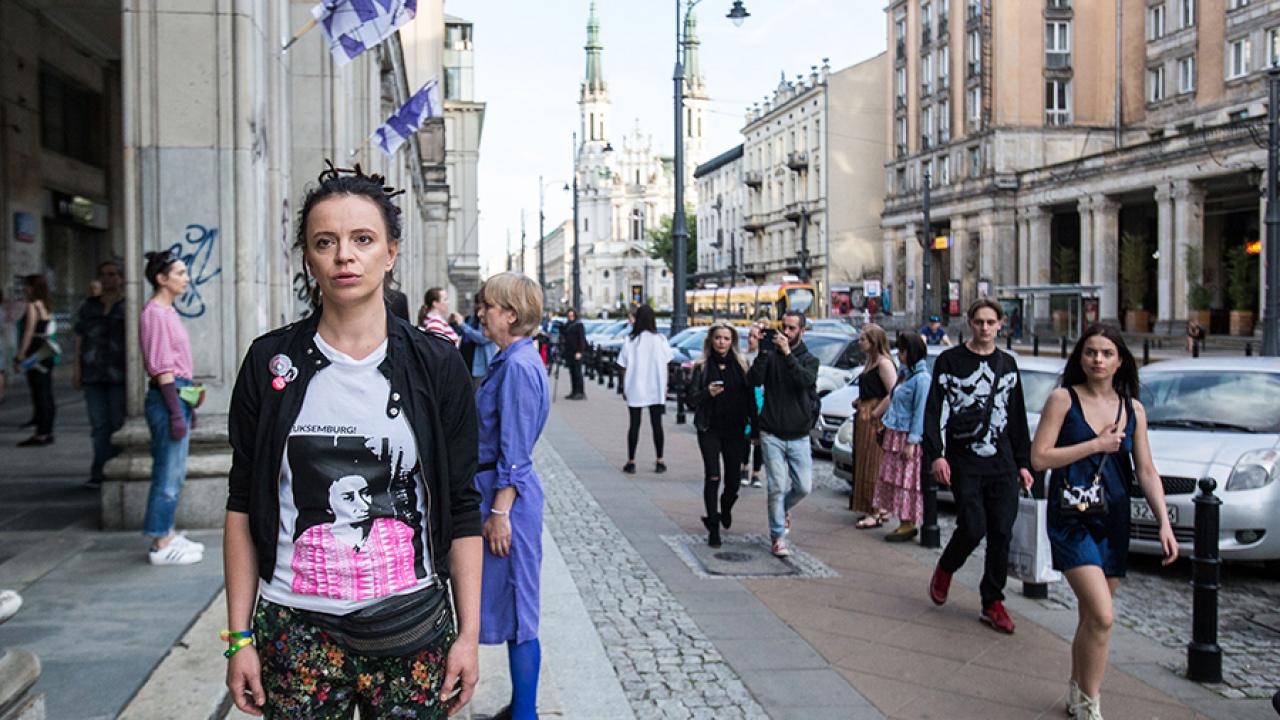 A report from the inaugural Biennale Warszawa 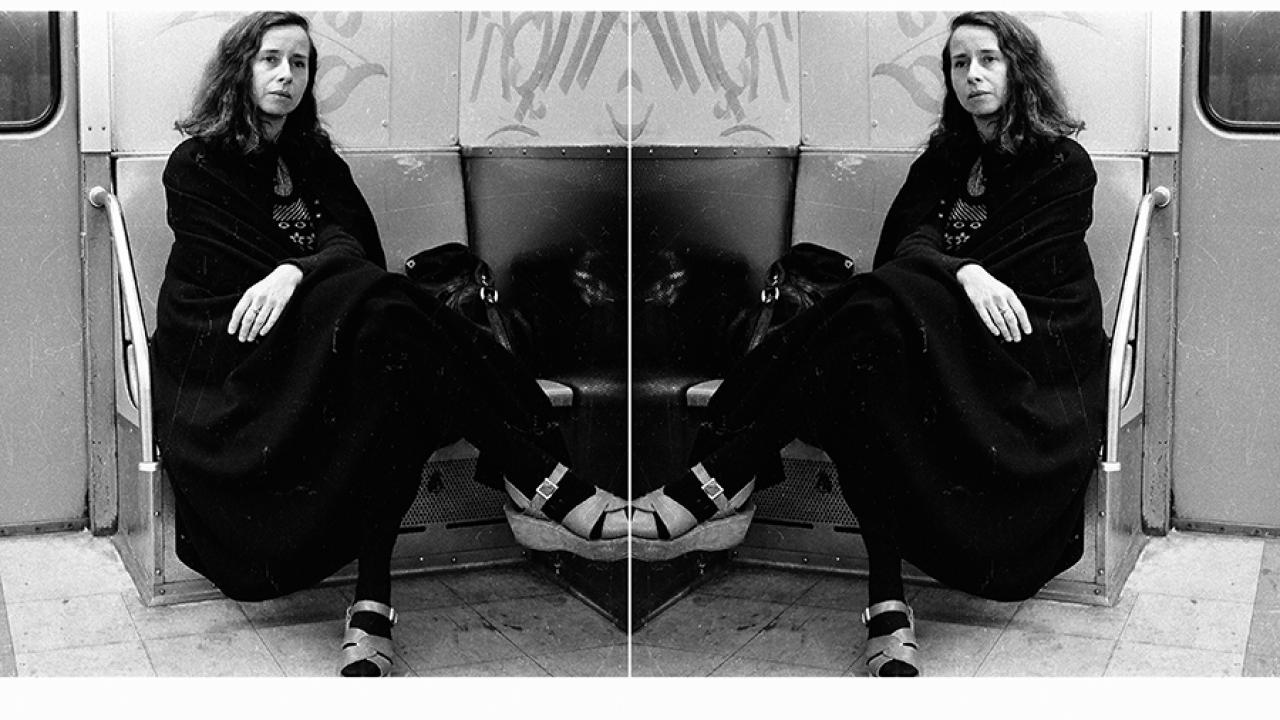 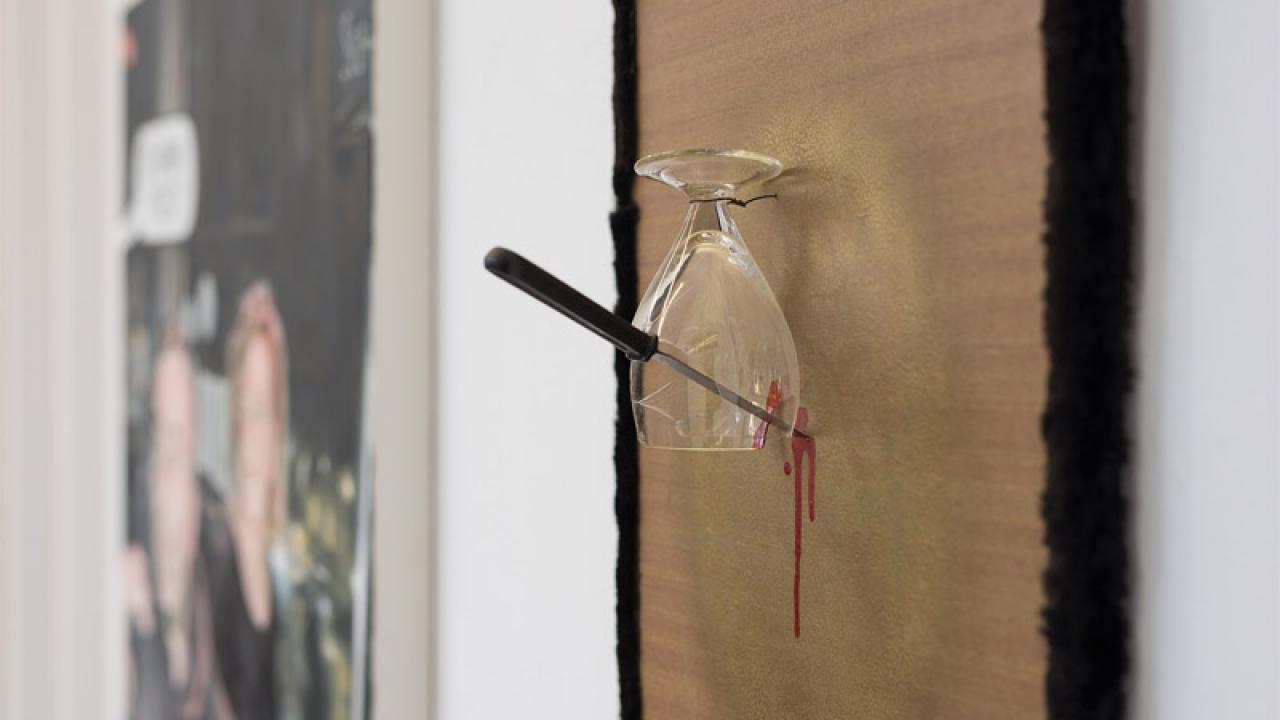 The eighth edition of Poland’s premier contemporary art event saw major structural changes, but was it at the expense of standout presentations?