BY Pat Lee AND Andrew Durbin in Interviews | 02 AUG 22

Andrew Durbin: What would be your advice to those traveling to Seoul for the first time?

Pat Lee: For anyone looking to get right into the thick of it, I would suggest taking a stroll around the areas that capture the city’s unique energy – its sophistication and refinement, its rawness and potency. Although gentrification abounds, you can still walk around places like Mangwon, Sungsoo or Uljiro and discover amazing shops, food markets, restaurants and fashion brands that have yet to be priced out. These are areas where you’ll come across a great little cafe right next to a shoe-riveting factory. For more traditional charm, head north to Bukchon Hanok Village, where you will find many of the major art galleries and museums – including Arario Museum in Space, Art Sonje Center and the National Museum of Modern and Contemporary Art – as well as plenty of excellent cafes and restaurants in the maze of historic alleyways.

You can also hit up one of the city’s bustling, eclectic markets: try Gwangjang Market for its famous mung-bean pancakes (bindaetteok) or Namdaemun Market for the most incredible assortment of random items. Housed in an old school building in Uljiro, Sae Woon Electronics Market has some excellent cafes and new stores by young creatives. From the rooftop, you get a great view of the Cheonggyecheon Stream. Keen runners and cyclists will enjoy exploring the paths alongside the Han River and the trails around Namsan Park in the city centre, across from the Grand Hyatt.

A visit to a traditional Korean spa (jjimjilbang) is an excellent way to unwind – especially after a long-haul flight. Alternatively, you could take a relaxing stroll through some of the city’s historic royal grounds, such as the Secret Garden at Changwon Palace.

AD: What’s the one artwork – outside of Frieze Seoul – that everyone visiting the city for the first time must see?

PL: I would suggest beginning with the fantastic collection at the Leeum Museum. Designed by Mario Botta, Rem Koolhaas and Jean Nouvel, the space is beautiful yet not overwhelming. While there, don’t miss the fantastic Joseon Dynasty white porcelain moon jars. The museum also provides the opportunity to see stellar works by modern Korean artists, including Quac Insik, Park Seobo, Suh Se-Ok and Kim Whanki.

If you’re feeling adventurous, take the 45-minute trip south of Seoul to the National Museum of Modern and Contemporary Art, Gwacheon, to see Nam June Paik’s The More, The Better (1988). Following a multi-year restoration, this impressive work, designed by the artist to commemorate the Seoul Summer Olympics, is once again on permanent view. Paik is the godfather of Korean contemporary art, and this piece is one of his most significant.

AD: Where will you be heading to unwind when the excitement of Frieze Soul is over?

PL: I recently discovered a cafe called Ojaedo in Uljiro, not far from Jongo 5-Ga Station. Spread across two floors of an old cluster of buildings, it’s a great place to read a book. I would also recommend stopping by the smaller, Hannam branch of The Lion’s Den, an inviting cigar bar with warmly lit, dark-wood interiors. The owner was advised by the people behind D-Heartman – a fantastic whisky and cigar bar in Tokyo.

AD: What do you think distinguishes Seoul from other cities?

PL: A vibrant creative energy permeates the city. You can see it in film, fashion, music, cuisine, design and, of course, art. It runs deep. If you’re visiting Seoul for the first time, you’ll be surprised by the strength of the cultural infrastructure and inspired by the enormous pool of talent that exists almost everywhere you look. Seoul is incredibly safe, has an amazing history, impeccable service, fantastic coffee, a huge drinking culture, and it’s efficient and resourceful.

AD: Are there any films that you feel capture the essence of Seoul?

PL: I would have to say Bong Joon-Ho’s Host (2006). While it doesn’t show Seoul in a particularly appealing light, the family dynamic it portrays – rooted in love, with a heavy dose of dysfunction – is beautiful. The final scene takes place in a small food shack by the Han River. The father and son are eating ramen and watching television, while the snow falls outside. It’s one of the most subtle yet touching movie scenes in recent Korean cinematic history. 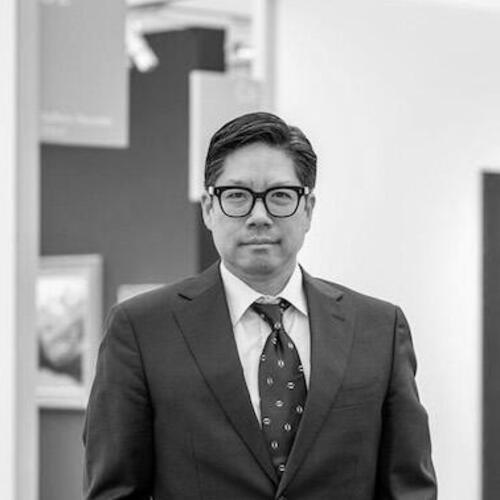 Pat Lee is the Director of Frieze Seoul.

Interviews
‘Living With Ghosts’ Reckons with Africa’s Past, Present and Future

Vanessa Peterson interviews curator Kojo Abudu about the latest iteration of his project, currently on view at Pace Gallery, London