An Occult Art History of the American West

During the 19th century, the American frontier moved ever-westward. The so-called new territories quickly became rich sites for innovative forms of Western spirituality, which operated outside of organized religion. One such practice, Theosophy – established in New York in 1875 by occultist Helena P. Blavatsky – proved influential in the development of abstract painting and Western modernism more broadly. A new book, titled Enchanted Modernities: Theosophy, the Arts and the American West (2019), charts the religious movement’s influence on art history.

In 1938, in the small town of Taos, New Mexico, a number of artists formed the Transcendental Painting Group. Inspired by occult teachings, including theosophical literature, they conducted experiments in abstraction. Writing in their 1938 manifesto, the group’s stated aim was to use this new style to ‘carry painting beyond the appearance of the physical world, through new concepts of space, colour, light and design, to imaginative realms that are idealistic and spiritual’.

One member of the group, Agnes Pelton, moved to the California desert in 1932, where she began to create surreal, luminous paintings. Among Pelton’s influences was Blavatsky’s core text, The Key to Theosophy (1889), and her works are suffused with occult symbolism. Pelton never fully gave up figuration – a fact that made her an outlier to mainstream modernism. Speaking in 1934, she described her works as existing between these two poles: ‘My abstract pictures are just as real to me as nature, but they are not material, but mental images.’

The German artist, animator and filmmaker Oskar Fischinger is perhaps best-known for his pioneering contributions to abstract cinema: he collaborated with Fritz Lang on his 1929 film Woman in the Moon and influenced Walt Disney’s Fantasia (1940). Although not a member of the Transcendental Painting Group, Fischinger was particularly influenced by Theosophical ideas after moving to Hollywood in 1936. His late paintings depict abstract illustrations of music, which can be read as attempts to resonate spiritually with viewers.

Occult art from the American West did not just respond to the region in which it was made; it helped to create a mystical idea of the West that lives on in the popular imagination to this day.

Enchanted Modernities: Theosophy, the Arts and the American West is published by Fulgur Press 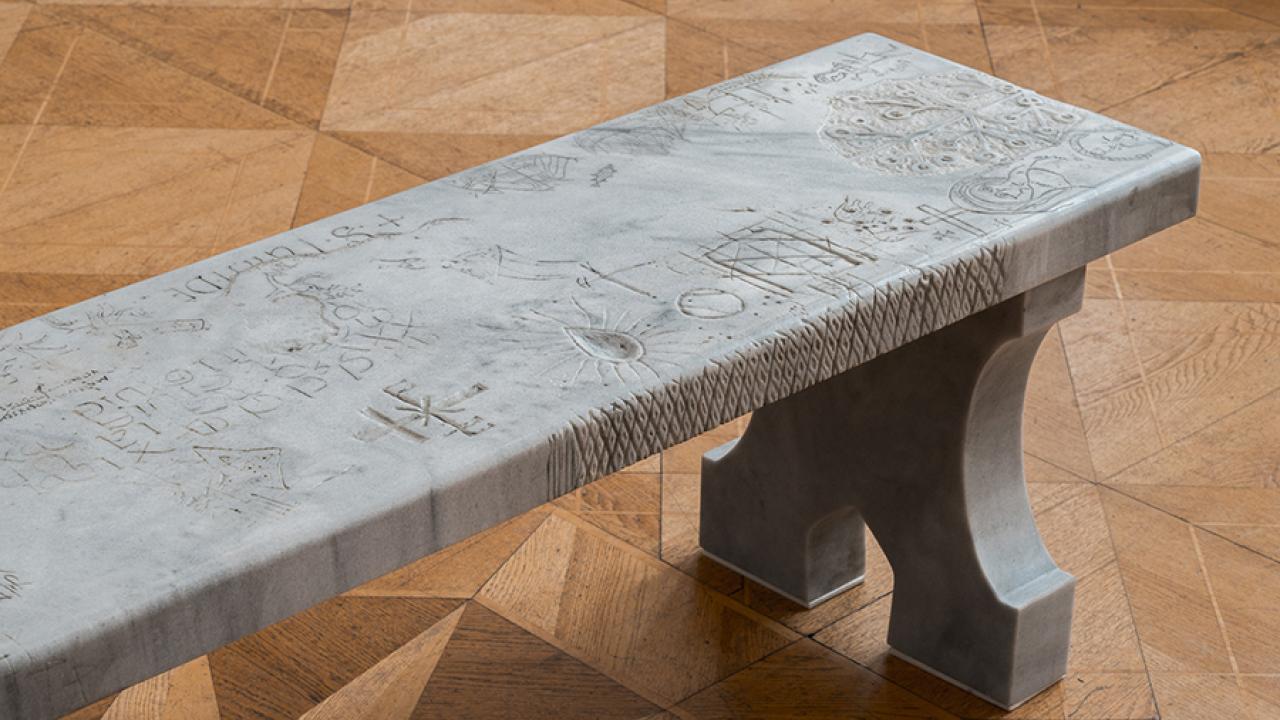