Robert Wyatt was my life-model 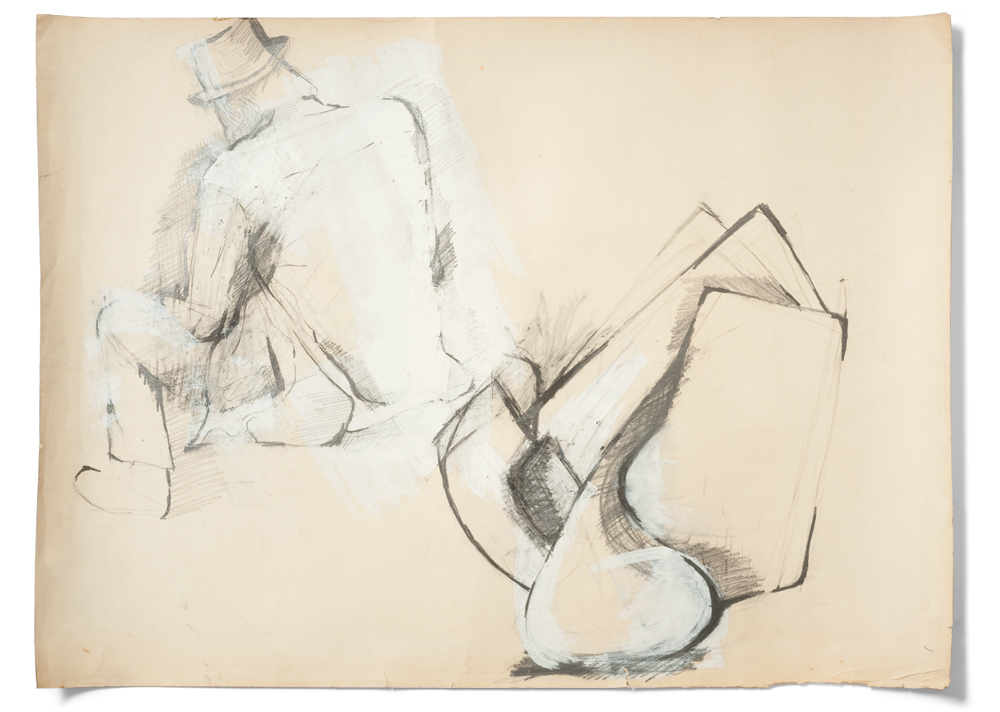 In 1965, I was a foundation course student at Canterbury College of Art and Robert Wyatt was our life model. At the time, he was in a local band called the Wilde Flowers, who played at the art school dances and at a local club called the Beehive. The lead singer was Kevin Ayers who wrote a song about my friend Geraldine. He went solo when Robert formed Soft Machine a year later. Robert moved to London and Quentin Crisp started to model at Canterbury sometime later. Ian Dury came to teach the year I left.

In the early 1990s, Robert got in touch with me to ask if I had any life drawings from before his accident. My mum had kept two behind the wardrobe so I posted them to him. Robert sent me a thank-you note on the back of two photographs: ‘Were those the days? Anyway,  I think they’re really good and provide proof that I’ve always liked a  good hat.’

In 1976, I wrote an article for the first issue of Art Monthly. It began: ‘I bought my first dress at Biba the same afternoon I saw the Duchamp show at the Tate […] I was an art student at the fag-end of the 1960s. If only my parents had made love not war I could have been part of the New Generation.’

Lynda Morris worked for London gallerist Nigel Greenwood from 1971–74. She was the curator of EASTinternational Norwich Gallery, Norwich University of the Arts from 1991–2009. An exhibition consisting of material drawn from her personal archive, Dear Lynda … was shown at White Columns, New York in 2012 and toured to five venues in Europe including BQ, Berlin in 2013.