A great many people in the Los Angeles art community will be shocked and saddened to hear this week of the passing of Kaari Upson, who has died at the age of 51 of cancer. There was no one like her, as an artist or as a person.

The pandemic has deprived us all of ordinary opportunities for mutual care and support; only Upson’s closest circle were aware of her latest course of treatment, and the aggressive spread of the cancer with which she had been living for the past several years. While many, including myself, may recall Kaari revealing – as if in bemused wonder – her then-recent diagnosis and freshly shorn head sometime around 2012 or 2013, she had subsequently moved on with her life and worked with such vigour that we probably assumed the disease was in remission. I, for one, was not prepared for her loss.

As anyone familiar with her work will know, Kaari was a product of Southern California – specifically, of San Bernardino, the part of the Inland Empire that Joan Didion memorably described in her 1967 essay ‘Slouching Towards Bethlehem’ as ‘a harsher California, haunted by the Mojave just beyond the mountains, devastated by the hot dry Santa Ana wind that comes down through the passes at 100 miles an hour and whines through the eucalyptus windbreaks and works on the nerves’. Kaari fled to New York as early as she could, but later returned to study at CalArts in Valencia.

Her stalwart friend and advocate Ali Subotnick once wrote of Kaari, for an exhibition she curated in 2007 at the Hammer Museum: ‘At first she seemed a little nuts, high-strung, sort of like a cheerleader on speed.’ It was a tease, of course; Kaari always came across as so piercingly intelligent that there was no question ever that she was either crazy or strung-out. But Subotnick conveys some of her seemingly boundless energy, which set her apart from most ordinary humans.

Subotnick’s exhibition, which opened just months after Kaari graduated, introduced the world to ‘The Larry Project’ (2005–12), a multi-media, multi-stranded investigation into a man she had never met: a neighbour of her parents with whom she developed a partly Freudian, partly Lacanian fixation. I first met and wrote about Kaari for frieze in 2011, just as she was concluding that sprawling project and beginning to explore new modes of sculpture, installation and performance.

In the past few years, the risks that Kaari took in her work paid dividends: she was celebrated in a 2017 survey at the New Museum, New York, curated by another close friend and supporter, Margot Norton. At the same time, her large-scale urethane sculptures, made from a latex mould of an abandoned sofa, were featured in the 2017 Whitney Biennial. In 2019, the year Kaari was included by Ralph Rugoff in the 58th Venice Biennale, Elena Filipovic curated the artist’s first solo institutional exhibition in Europe at Kunsthalle Basel, which continued a body of work begun in 2014 that explored her relationship with her mother.

Kaari was fascinated by the doubling – or splitting – of selfhood. By investigating Larry, she realized, she was exploring herself, and so she painted portraits of her face mashed wetly over his. For her Kunsthalle Basel exhibition, titled ‘Go Back the Way You Came’, she created hanging leg sculptures from casts of both her own knee and wood from a Ponderosa pine she cut down outside her childhood home. Other objects in the show were made from moulds of her mom's foot. Her mother died, also from cancer, soon after the exhibition.

I would prefer Kaari’s oeuvre not to be shaded by the memory of her illness, nor by her tragically early passing. It is too easy to weld simplistic metaphors of malignancy, of metastatic growth and of corporeal entropy onto her artwork – especially her sculptures – as well as her quasi-obsessive methodologies. Despite psychological trauma being the central theme of her life’s work, there was never anyone more fun to be around.

Reviews
Roy De Forest Maps the Phantasmagoria of His Mind

The works on paper at Parker Gallery, in Los Angeles, ‘encounter memories, fantasies and dream images along the way’ 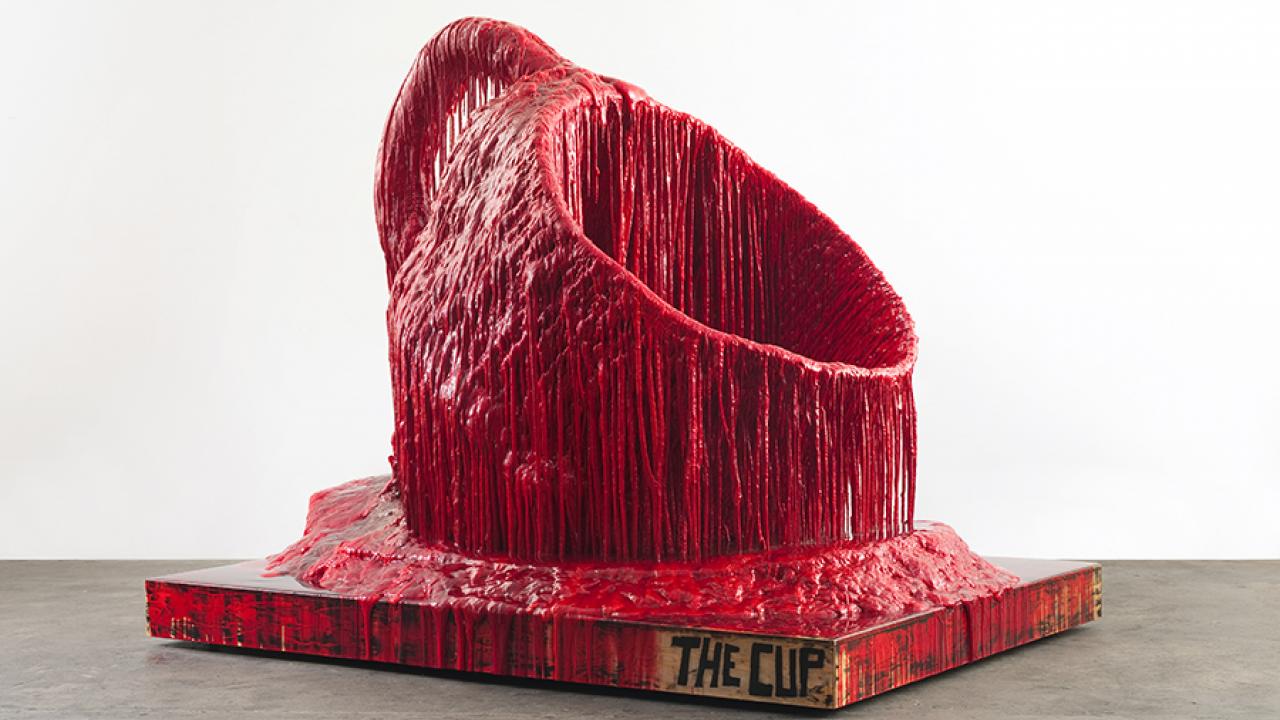 Reviews
Mucking Up the Masters: The Unruly Sculptures of Sterling Ruby

At Nasher Sculpture Center, the prolific artist’s solo exhibition chafes at the history of Western modernism