In 1971, in a text entitled 'A Cinematic Atopia', Robert Smithson imagined a near future where cinema has expanded into a 'deafening pale abstraction controlled by computers'. Three decades later, with Z-Point (2001), the central element of Angela Bulloch's exhibition at Kunsthaus Glarus, what was once speculation has become a reality.

For the past couple of years Bulloch, with the help of Holger Friese and others, has been developing a series of works known as the 'Pixel Cubes'. Each of the small, glass fronted plastic or wood boxes contains three fluorescent tubes. Using custom-made software, the fluorescents inside the cubes can be modulated to an almost infinite variety: 16 million colours, the same number as a standard computer screen. The individual cubes form the elements of a modular system which the artist then stacks up in different combinations, in cubes, towers, columns, or even as a cinema screen. Z-Point consists of 48 stacked light cubes that create a looped abstraction of the famous scene from Antonioni's Zabriskie Point (1970) in which the heroine watches (or possibly imagines watching) the explosion of a Modernist house in the desert.

In his essay on cinema Smithson also wrote that 'somewhere, at the bottom of my memory are the sunken remains of all the films I have seen, good and bad; they swarm together forming cinematic mirages, stagnant pools of images that cancel each other out.' With the 'Pixel' works, something like a materialization of the entropic process of memory and forgetting described by Smithson occurs. Carefully selected sources such as Zabriskie Point (a psychedelic attack on Functionalist transparency), Blow-Up (1966; an investigation into the disappearance of meaning into the materiality of the image), The Matrix (1999; a middle-brow blockbuster advertised as the first film of the digital age) and interactive scenarios (where the visitor's movement through the space produces colour changes) are reduced to abstract chromatic spectacles. As if to stress the levelling effect of the process, Bulloch has also made single 'Pixel' units, the series 'Standard Universal: 256' (2001), which is like the system's elementary building blocks, and in which colour changes follow no precise scheme.

Bulloch has always made use of a classic Conceptual vocabulary. However, if the Pixel sculptures investigate a single idea that becomes, in the words of Sol LeWitt, a 'machine that makes the art', this exhibition also revealed how an idea can be expanded to encompass seemingly disparate viewing experiences. Thus the idea of the blur and the dissolve, central to the 'Pixel' works, was also applied to the treatment of the space itself. The Kunsthaus Glarus was designed in a classical Modernist vein. The downstairs exhibition space directly overlooks a garden, which is only separated from the inside by Mies van der Rohe-like glass walls. Bulloch covered each window with a thick coat of Vaseline, thus effectively blurring the viewer's view of the outside world. Small exterior lights like those found alongside airport runways were placed in the garden, and at night their glow was visible from inside the building. With this single gesture the artist grounded Z-Point in the particular space and context of the Kunsthaus. At the bottom of the stairs, reinforcing the feeling of a continuum going from the high-tech 'Pixel' screen upstairs to the blurred glass on the ground floor, a small monitor showed an extract from Zabriskie Point playing backwards. Its screen was also covered with Vaseline, which distorted the image and features of the actors into iridescent smears, a low-fi variation on the large-scale work. This is the difference between Bulloch's approach and that of Conceptualists such as LeWitt. She leaves the relationship between object and meaning deliberately open, much like in life itself. 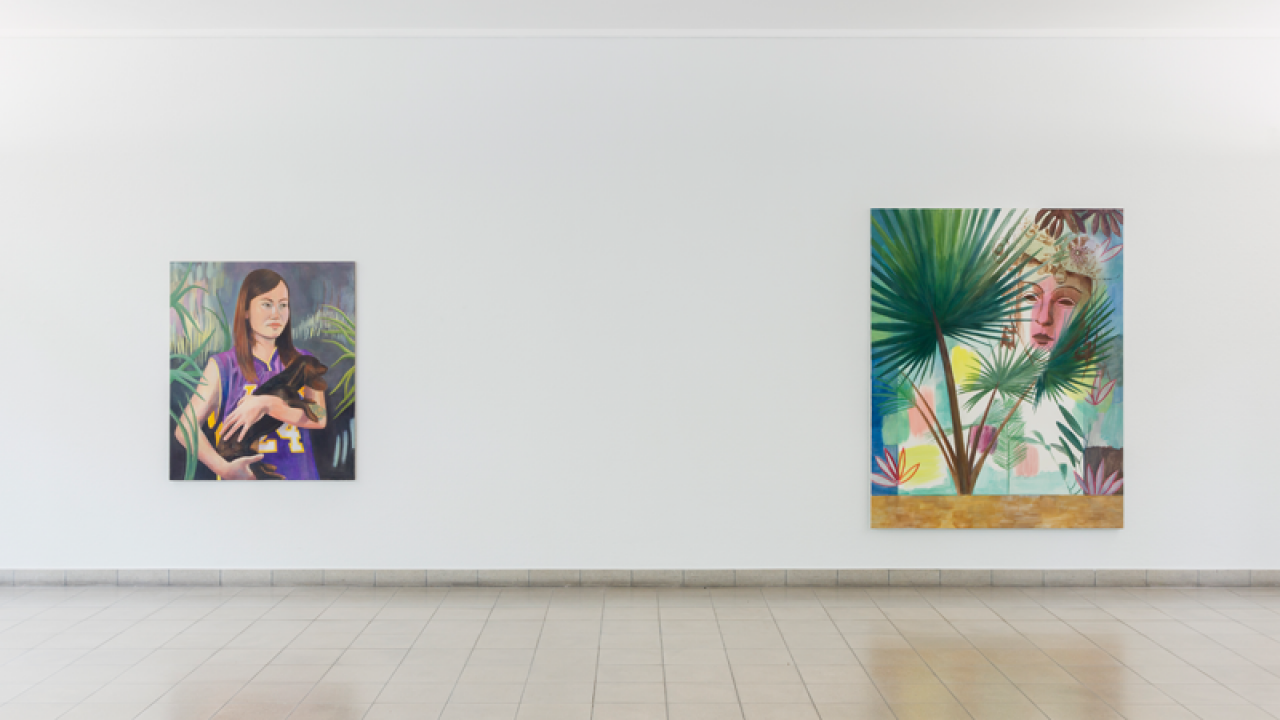