Queens has lately received a lot of press for two apparently unrelated phenomena: hyper-immigration and a sudden influx of art museums. The Museum of Modern Art is moving in temporarily, while it expands its main site. The venerable alternative space, PS1, now a MoMA affiliate, has been joined by the Sculpture Center up the road and a new, privately funded digital art museum. The relatively cheap property prices and diverse neighbourhoods of New York's largest borough are witnessing a flood of culture.

At the Queens Museum of Art, curator Valerie Smith's smart and timely exhibition 'Crossing the Line' invited over 50 artists to produce new work that relates directly to the evolving social situation of the borough and Museum. Smith is a veteran of the early 1990s public art and institutional critique debates, having curated the periodic 'Sonsbeek' exhibition in 1993, which dispersed art throughout the Dutch city of Arnhem. Tucked among the architectural remains of two World's Fairs, a Hall of Science, and one of New York's most-used municipal parks, the Queens Museum is an oft-overlooked institution that has long struggled to define itself on the fringes of New York's burgeoning art metropolis (it may be remembered best for its 'Global Conceptualism' show in 1998). The taquerias and henna salons on nearby boulevards feel as far away from the new PS1/MoMA axis as from Chelsea.

'Crossing the Line' displayed works throughout the museum in the lifts, on the roof, on ramps and stairs but also included off-site installations in surrounding neighbourhoods. A sub-section of the exhibition was organized by Omar Lopez-Chahoud, who proposed that artists respond to the Museum's permanent collection. Some of the artists in 'Crossing the Line', such as Mark Dion and Fred Wilson, are well known practitioners of site-specific art. Many others, however, are far lesser known. Adding to the local intentions of the show, a number of artists live and work in Queens.

'Crossing the Line' was diffuse, multi-faceted and intentionally aware of itself as part of Queens' cultural ebb and flow. Hung in the shadows of the scale-model panorama of New York housed in the Museum, Bob Braine's infra-red photos of Queens' toxic marshlands were an environmentalist rejoinder to the muscle of Walter Moses' urban plan. For Lock-In (all works 2001) Matthew Bakkom an expert organizer in his own right invited guests to enjoy a night of performances, dining, and discussions inside the institution. Rebecca Quaytman's The Sun was one of the few painting installations, and took full advantage of the Museum's idiosyncratic architecture. Intermingling analytic abstraction and photo-based silk-screens, two converging rows of canvases presented a story-board narrative of the artist's grandfather and great-grandfather, who were killed in a car accident as they drove away from the nearby 1939 World Fair. Any hint of sentimentality was deftly undercut by an equal balance of formal rigour and mediated personal memory.

The best works seemed to blend into the environment, whether in the museum or beyond, while making something of their contexts palpable. Just outside the museum, atop the futuristic towers of Philip Johnson's 1964 New York State Pavilion, one could see Brian Tolle's light installation Man's Achievement on a Shrinking Globe in an Expanding Universe. Playing on Johnson's original decorative lighting design, Tolle's blue orbs were part homage, part commentary, and restored a vision of Queens' once-future landscape to the present. Mia Wood's was perhaps the most ephemeral of interventions. Postcards printed with snippets of interviews with detained immigrants 'When I think of my country I want to cry' one read were left in shopfronts along a heavily Latino stretch of Roosevelt Avenue. These stacks of postcards were often depleted. People liked them and took them. The proprietors of the shops often wanted more, but were unsure exactly what they were or where they came from. Wood's work pointed to something paradoxical about public art: it's often most successful when a public's experience of it is not based on its status as art. As such, the postcards were emblematic of the exhibition's lightly integrating touch. 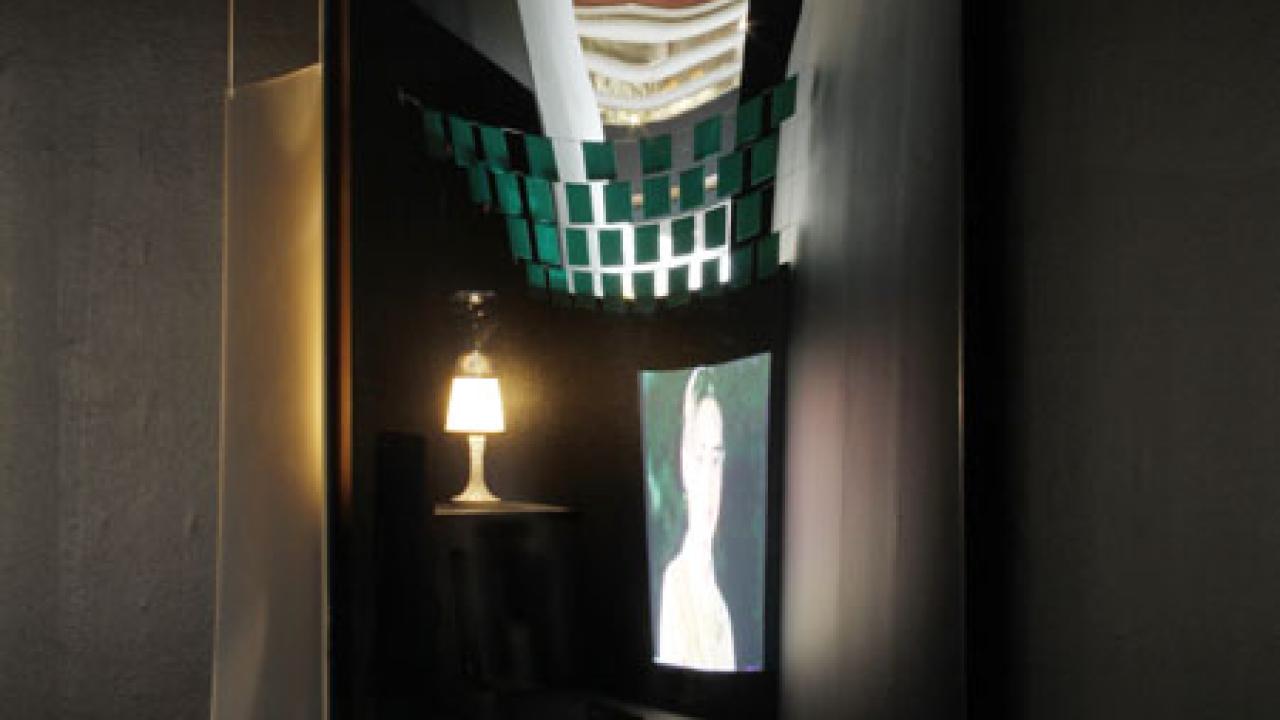 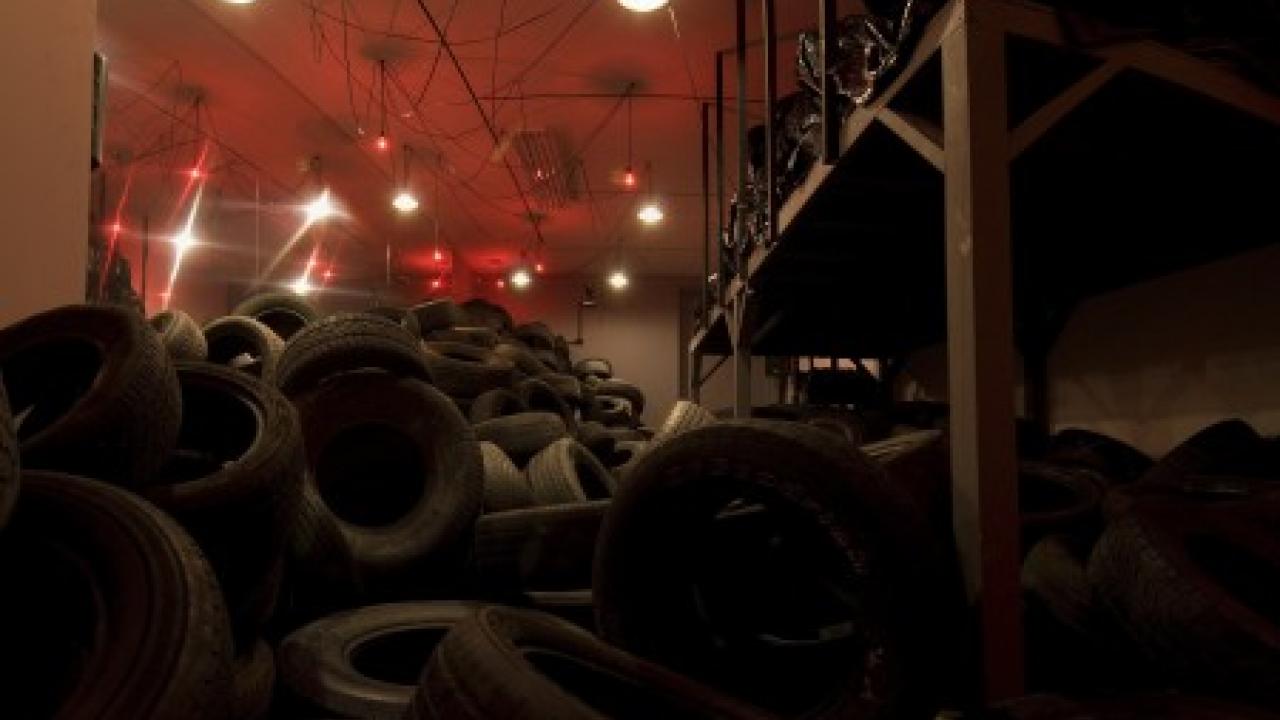